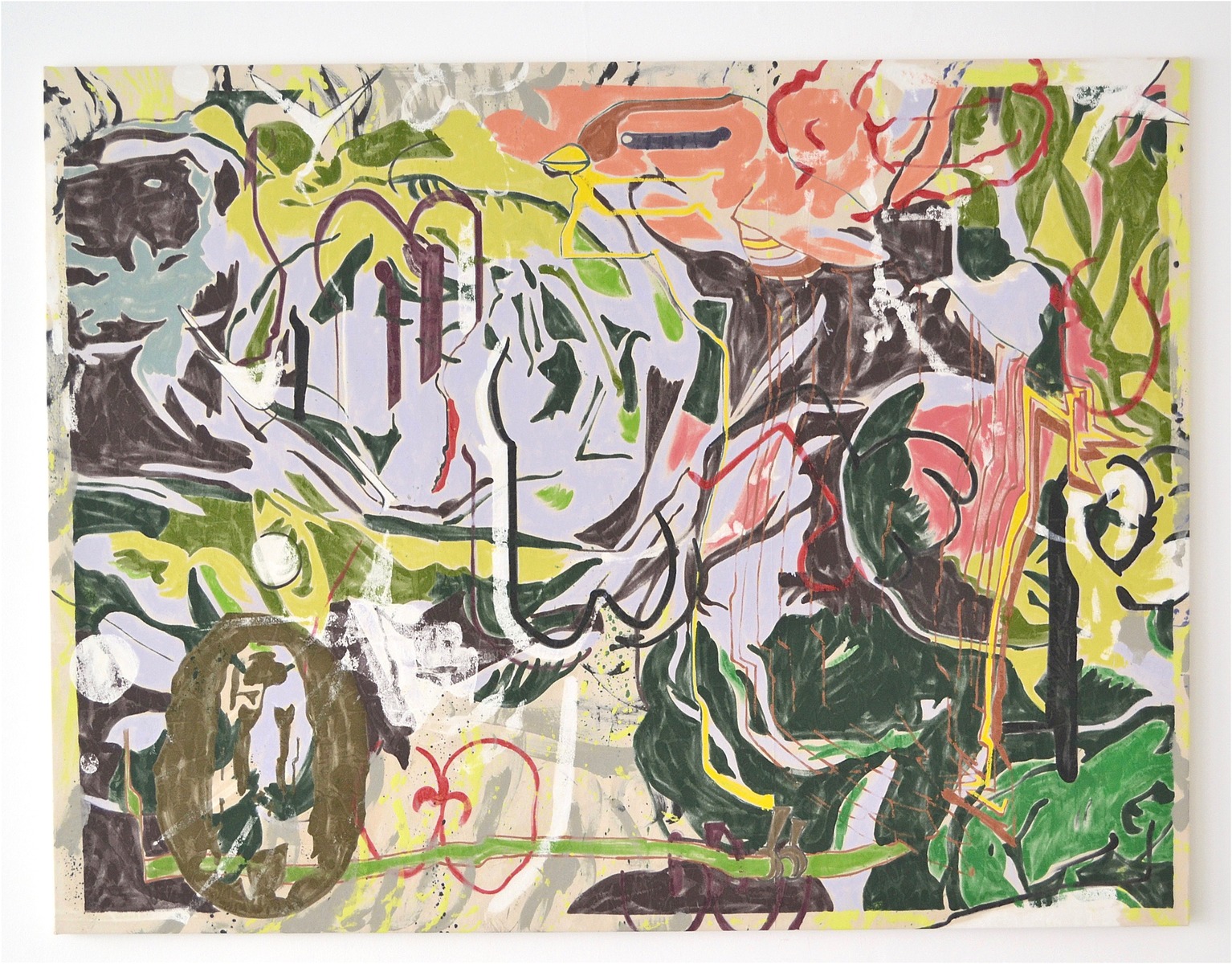 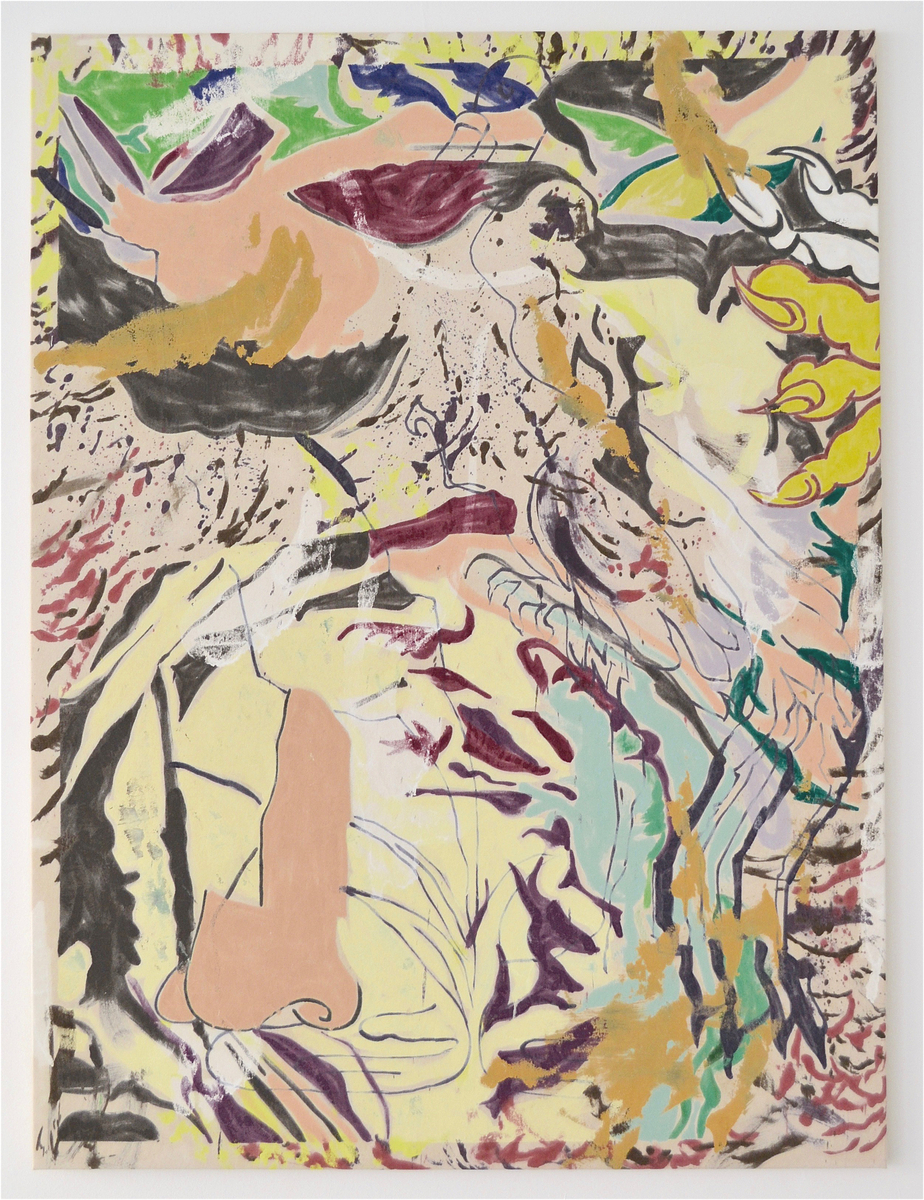 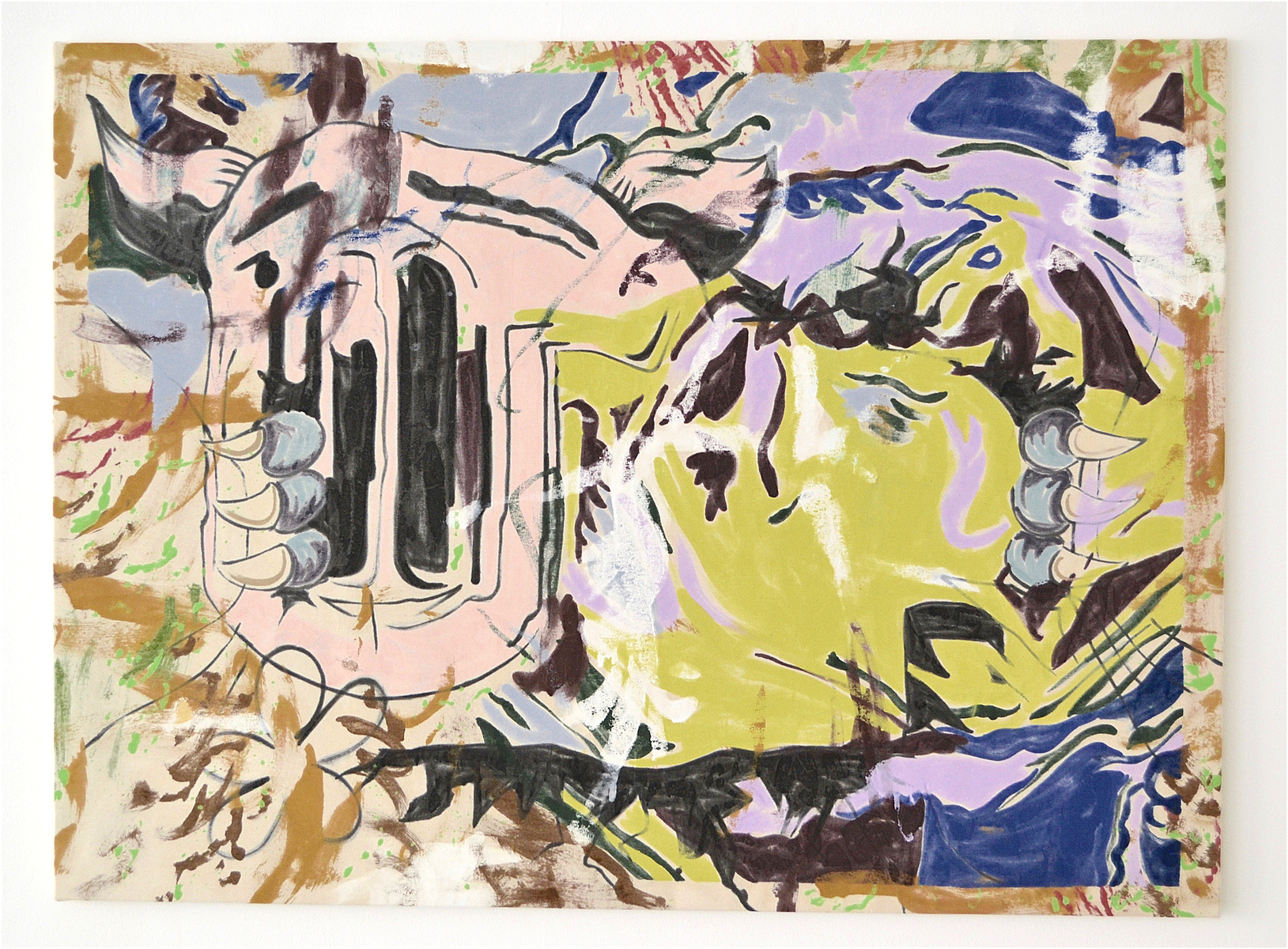 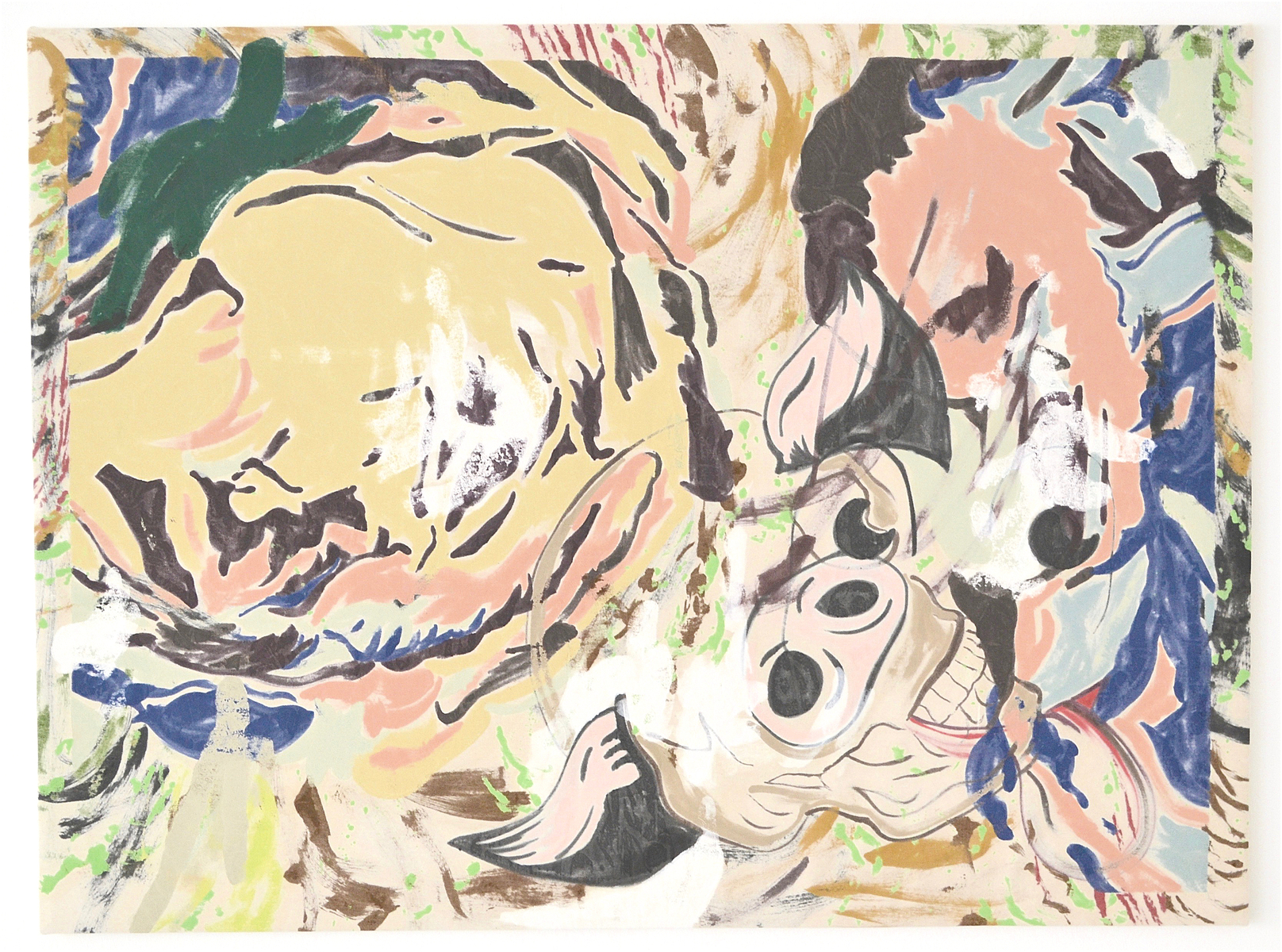 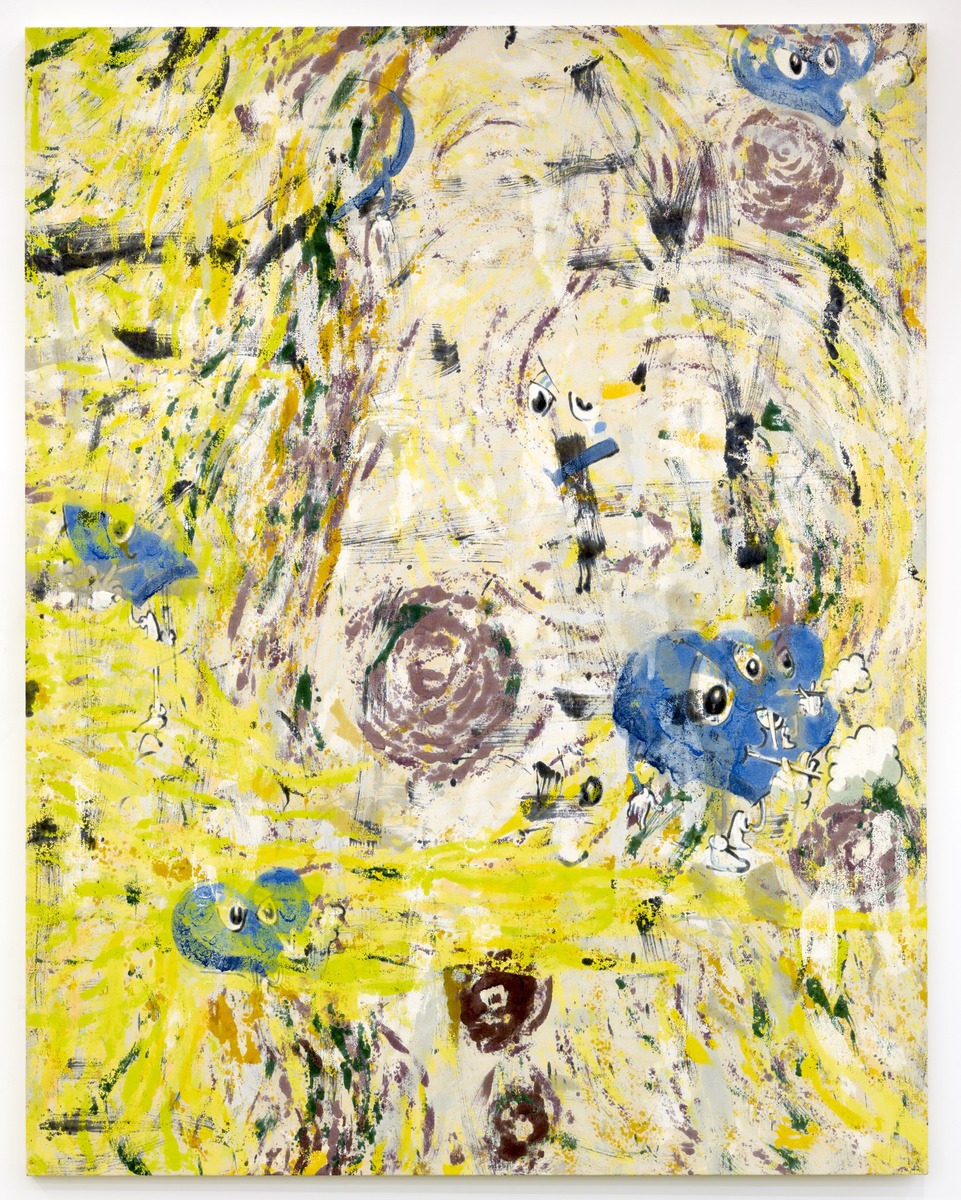 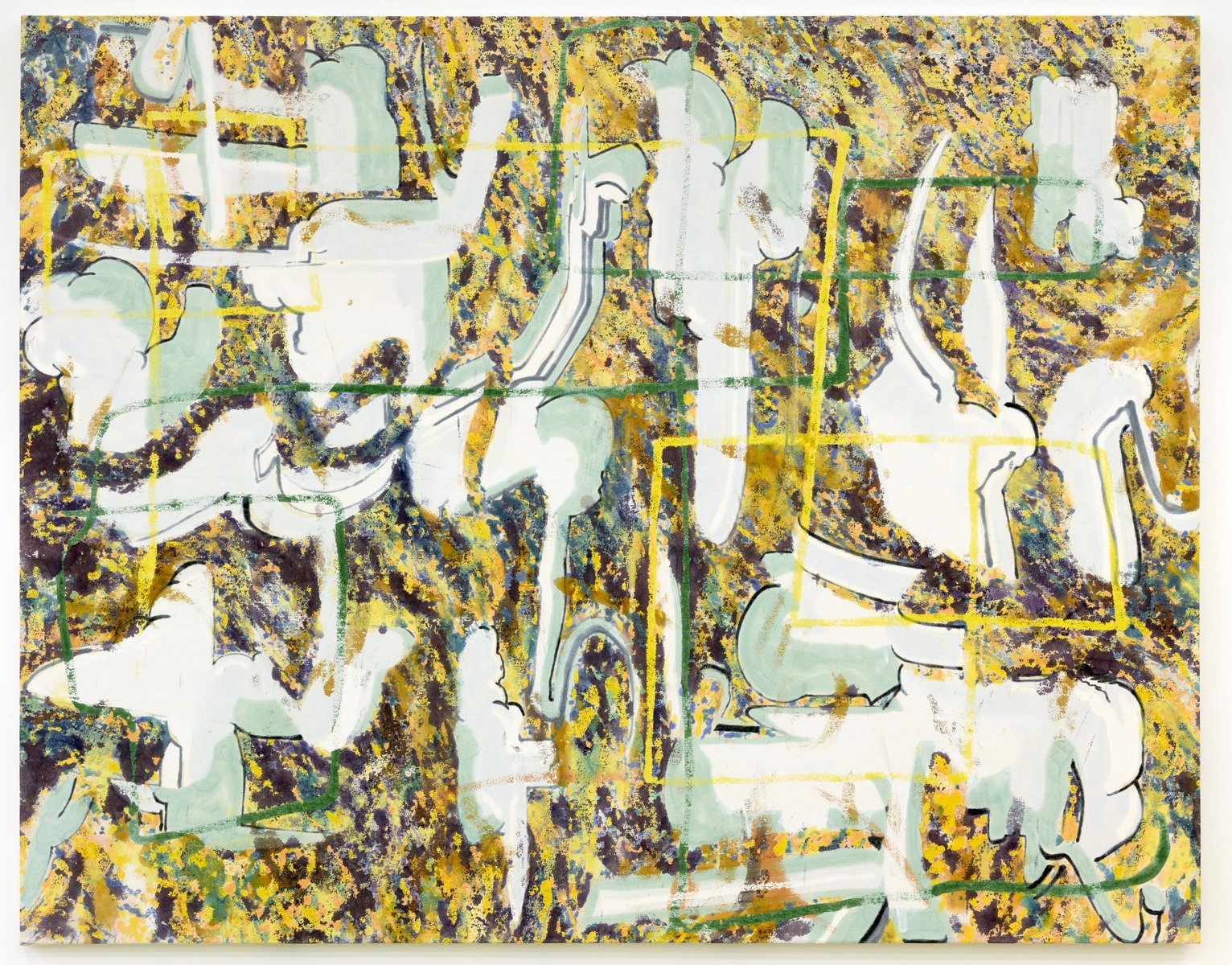 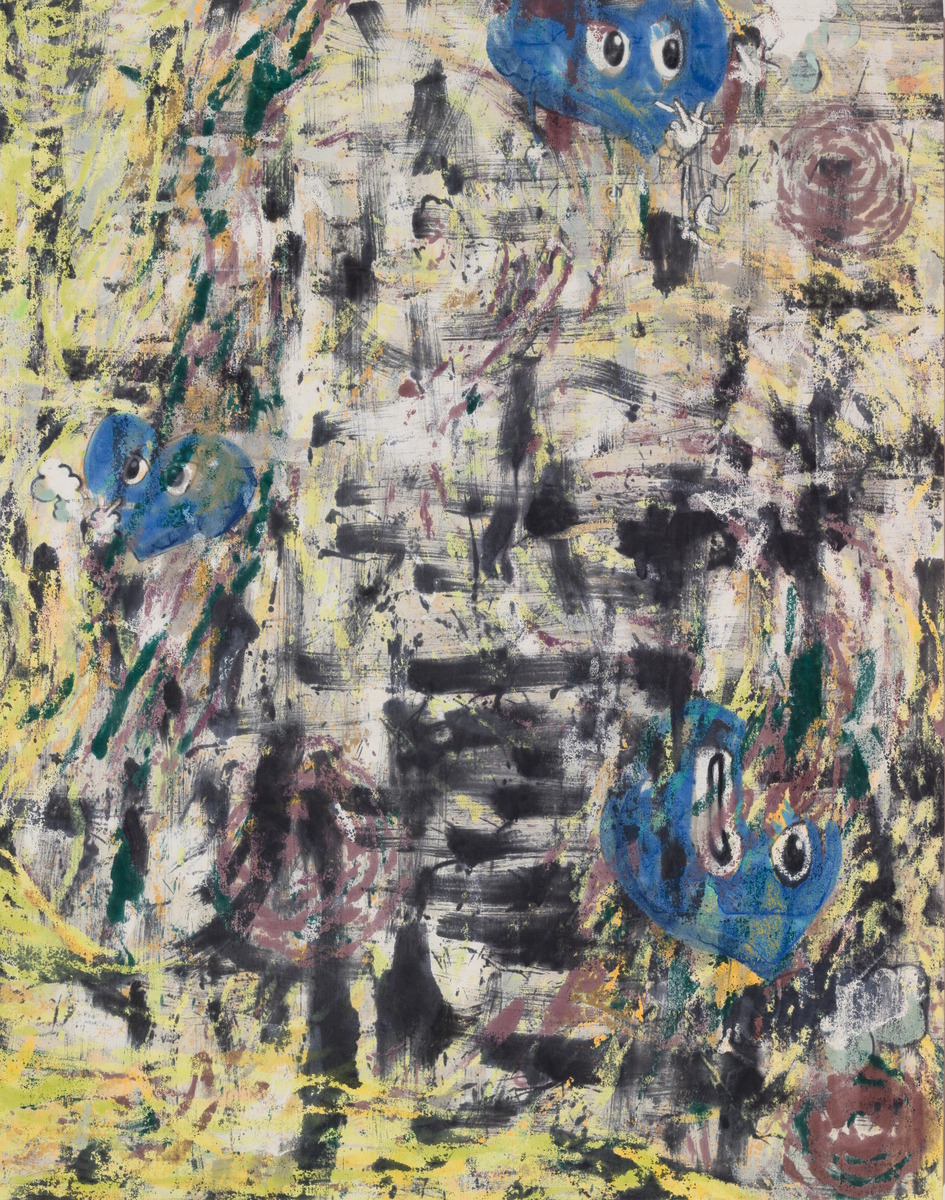 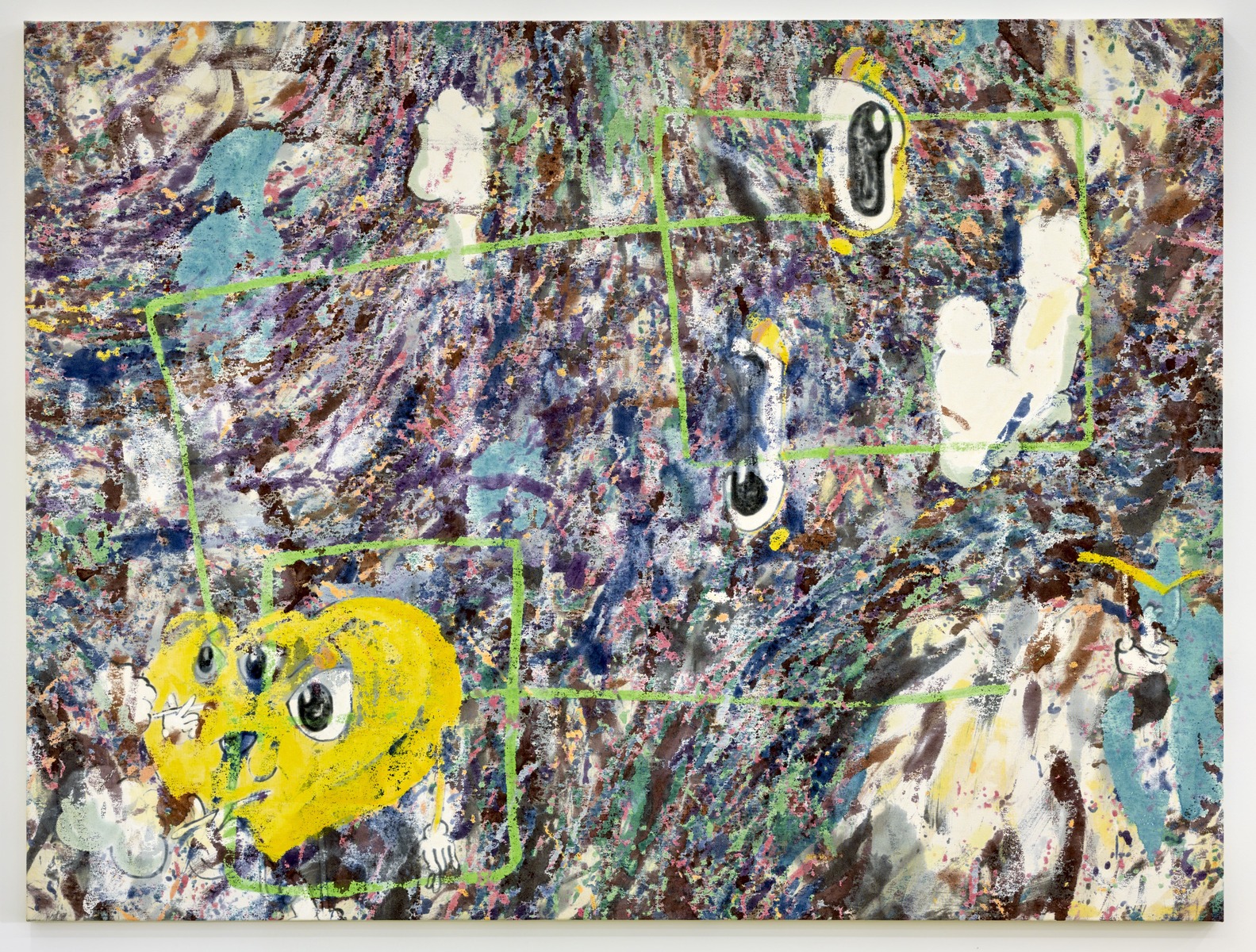 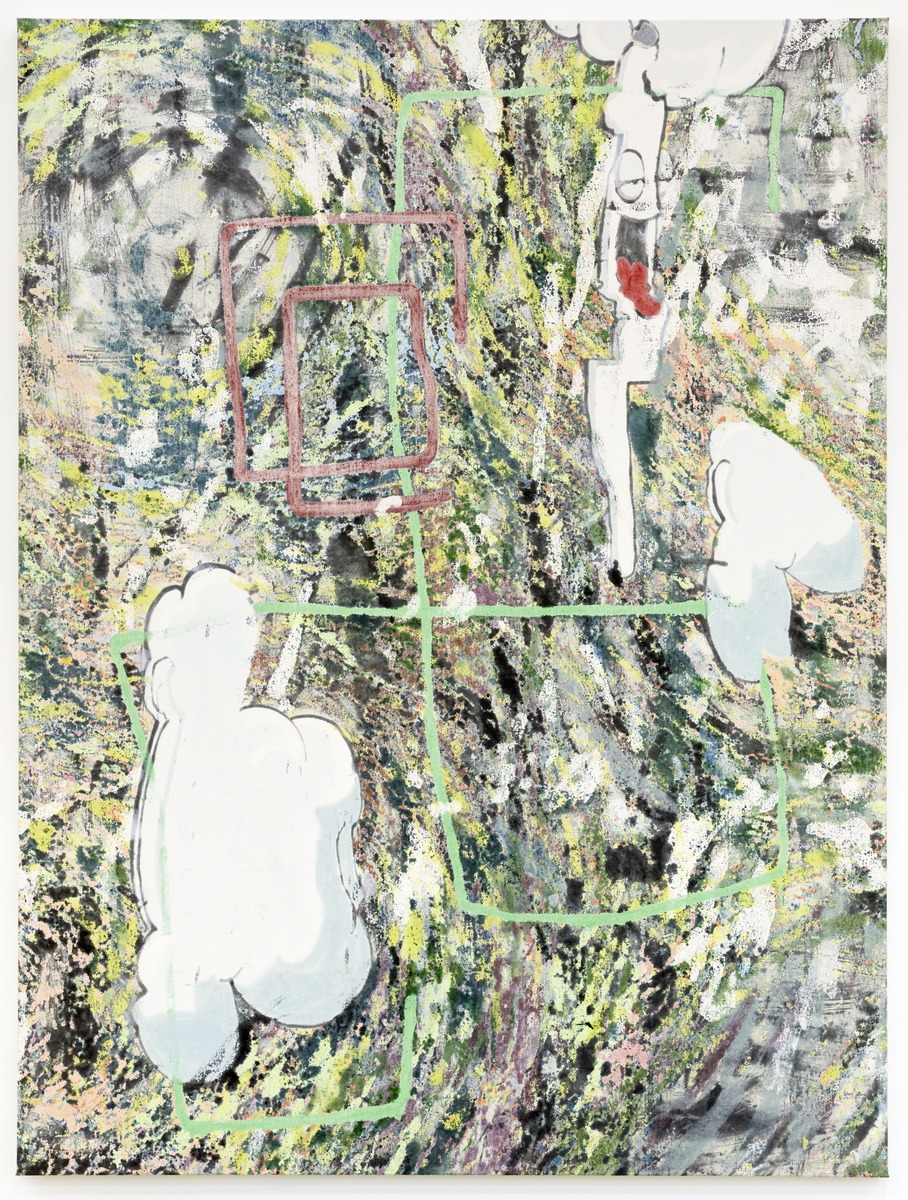 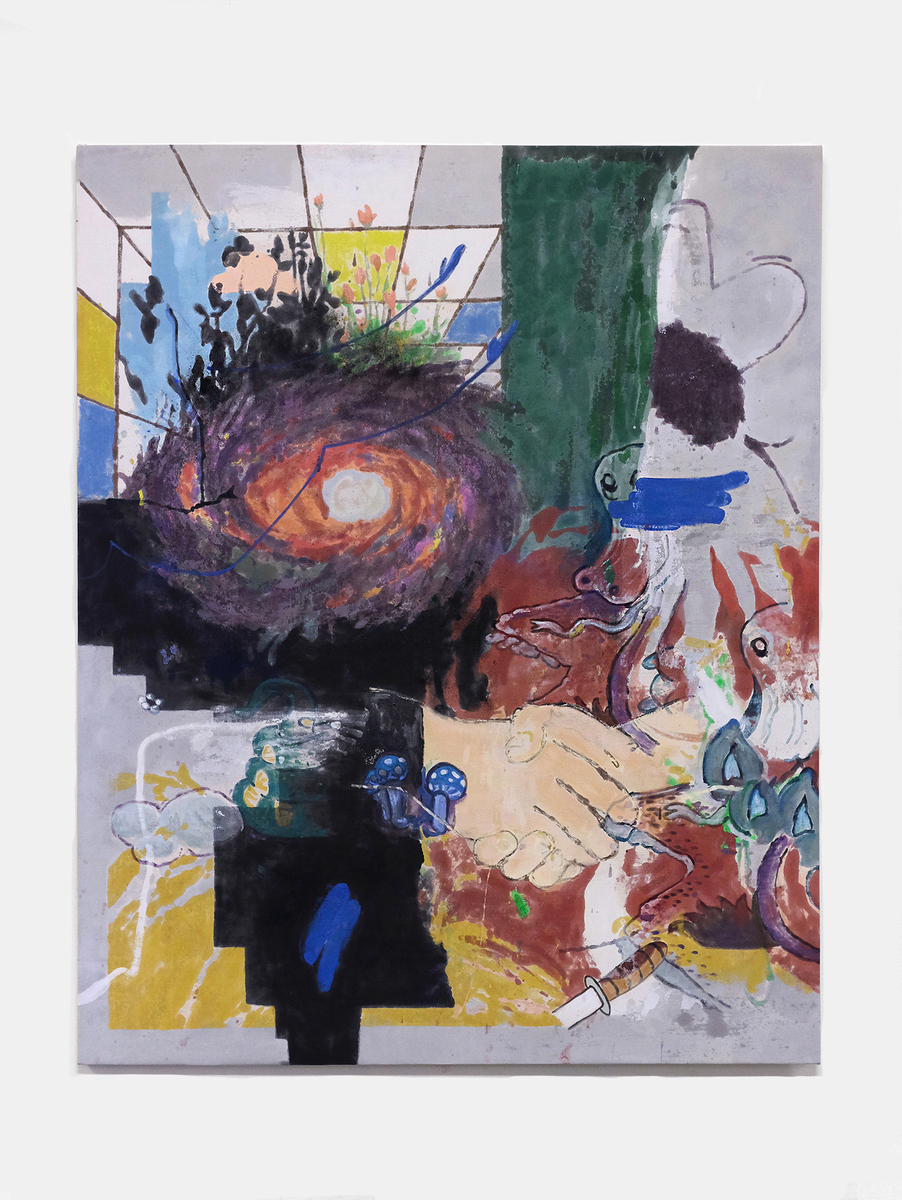 Chris Hood is an American artist born in Atlanta who currently lives and works in New York City. Though representational in nature, his paintings, sculptures, and drawings reflect an understanding of the abstract nature in which personal and social imagery collide in the twenty first century. Combining traditional techniques with the languages of digital territories, his work often features images culled from american counter-culture, art history, and mass media rendered abstract by translation.

Drawing parallels to his interests in psychophysics, the paintings are cast in a liminal space with a unique reverse-stain technique that rests his compositions in ambiguous and perceptual tension. Likening them to faded advertisements or t-shirts turned inside out, Hood invests the evocative physicality of his paintings with themes of identity, memory, and loss. The resulting works hint at challenges with the idea of static perspective while pointing to larger questions concerning the role of images and contemporary painting.

2016         Bernard Ceysson Gallery
Slurried, 2015, is a large and ostensibly tumultuous canvas on which seethes a chaos of coloured punctuation and undetermined visual information. Figurative elements and circumscribed signs presented in a very graphic register are amalgamated into an organic cloud. But while there is a great visual interference, there is no thickness of paint overloading the surface of the canvas. The matter itself is as smooth as a photograph. And for good reason, because the paint applied to the rear shows through the porous support it has permeated.

Chris Hood's paintings are "crossings" of paint and only their reverse side shows in inverted reflections, without revealing the front of the painted scene: we are behind the curtain. In this sense, the artist plays with the picture/object which he turns inside-out like a glove. First, he populates the unprepared canvas with stylised iconography drawn from popular visual culture, halfway between a comic strip aesthetic and low-culture digital imagery (clipart, emoticons... ). Expressive "angry eyes", schematic clouds, lightning, personified hearts drawing large puffs from a cigarette, are portrayed with the same gamut of primary colours, and seem sometimes stretched, sometimes split, like so many faulty copy-and-pastes. The wandering figures that might recall the psychedelic cartoons of Kenny Scharf are connected by a network of green lines. This diagrammatic circuit that returns from one canvas to another like a sort of applied signature also indicates the course of the painter who "surfs" on the canvas. These encrustations of light imagery are then borne away and made restless by a coloured field, a spiral stratospheric cloud at once impressionist, pointillist and 'tachiste'... in this sense, the artist evokes the tortured sky in Van Gogh's Starry Night, 1889, which he considers one of the first abstract paintings in which the artist distorts the plane of the picture. This formless diluted and projected magma of paint, in the manner of a saturation and going on and ever on, creates a visual overflow, a slurry of signals of contaminated chromaticism, which overwhelms and engulfs the small acid-coloured icons. Burnout is also the title of another painting in the series.

In a detached way and through a screen, Chris Hood paints his scepticism with regard to the digital, impermanent, deafening and blinding vortex with irony. And not without humour with regard to the enlightened figure of the painter, he works blindly and turns the picture over. He thus avoids the sinking into pictorial material that transpires surreptitiously. The dullness of the indices of the side that is worked on mutes the hubbub painted at a distance on the other side.

2013
Several Species of Small Furry Animals Gathered Together in a Cave and Grooving with a Pict, Et al., San Francisco, USA

2008
Up And Coming, Rialto Center for the Arts, Atlanta, USA

2005
While You Were Sleeping, Malerancia Eight, Florence, Italy 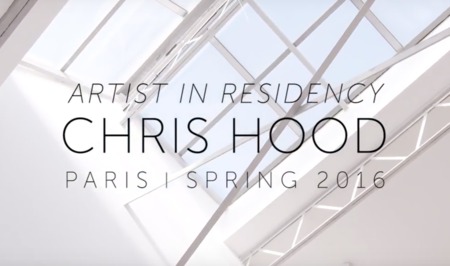 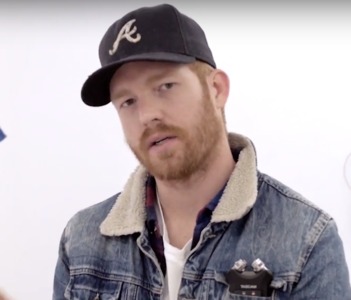