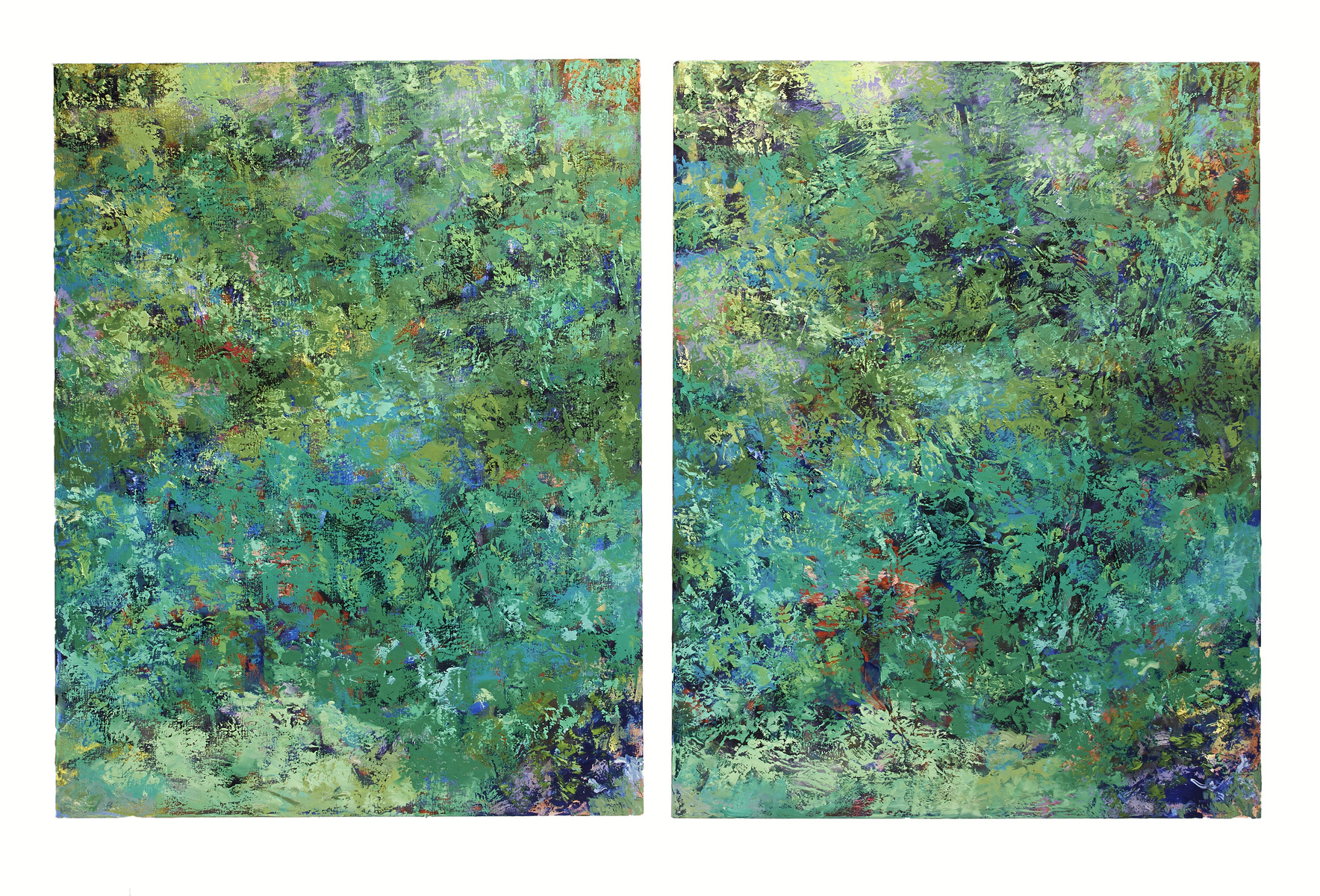 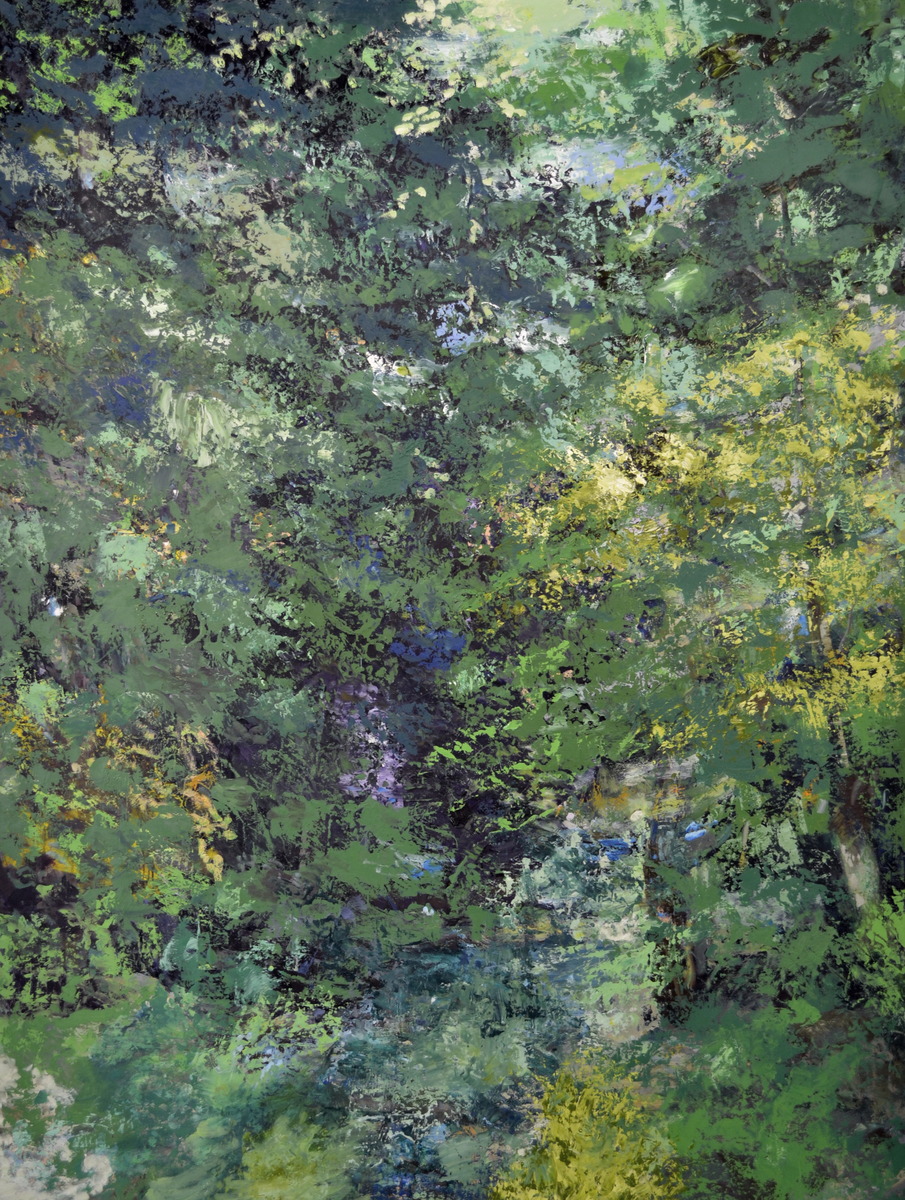 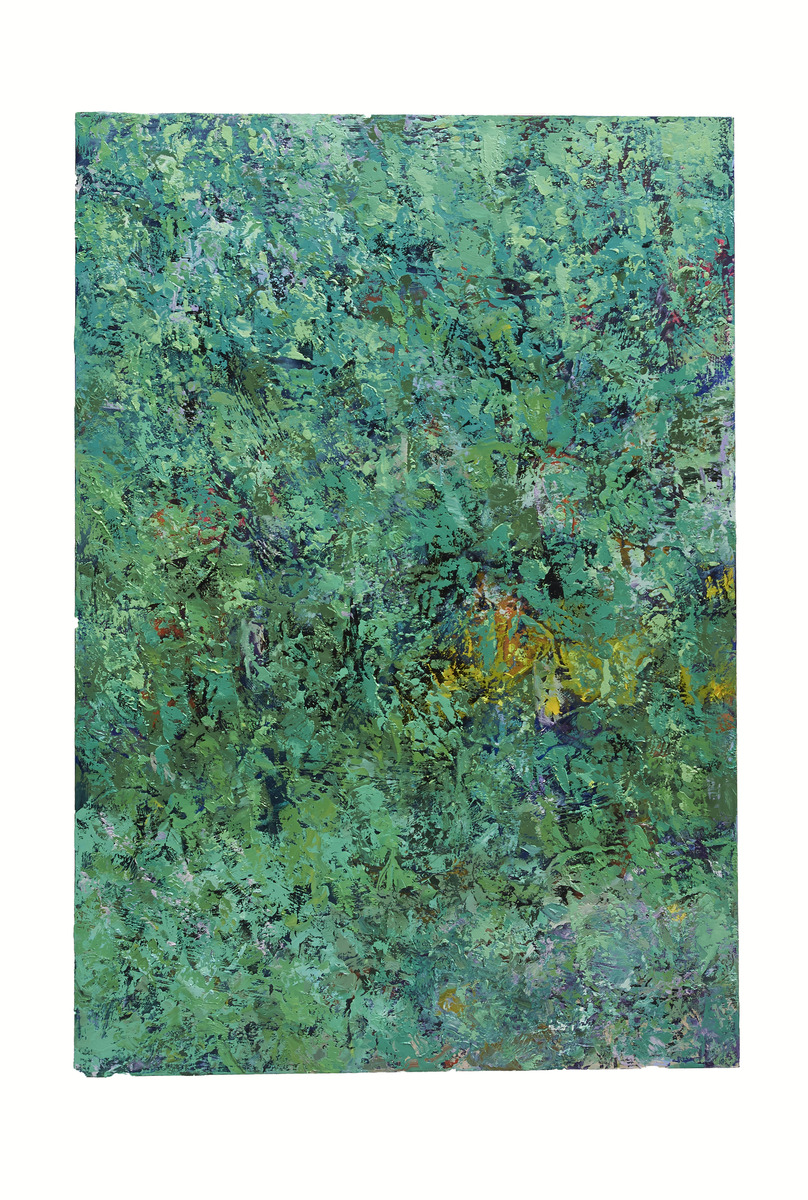 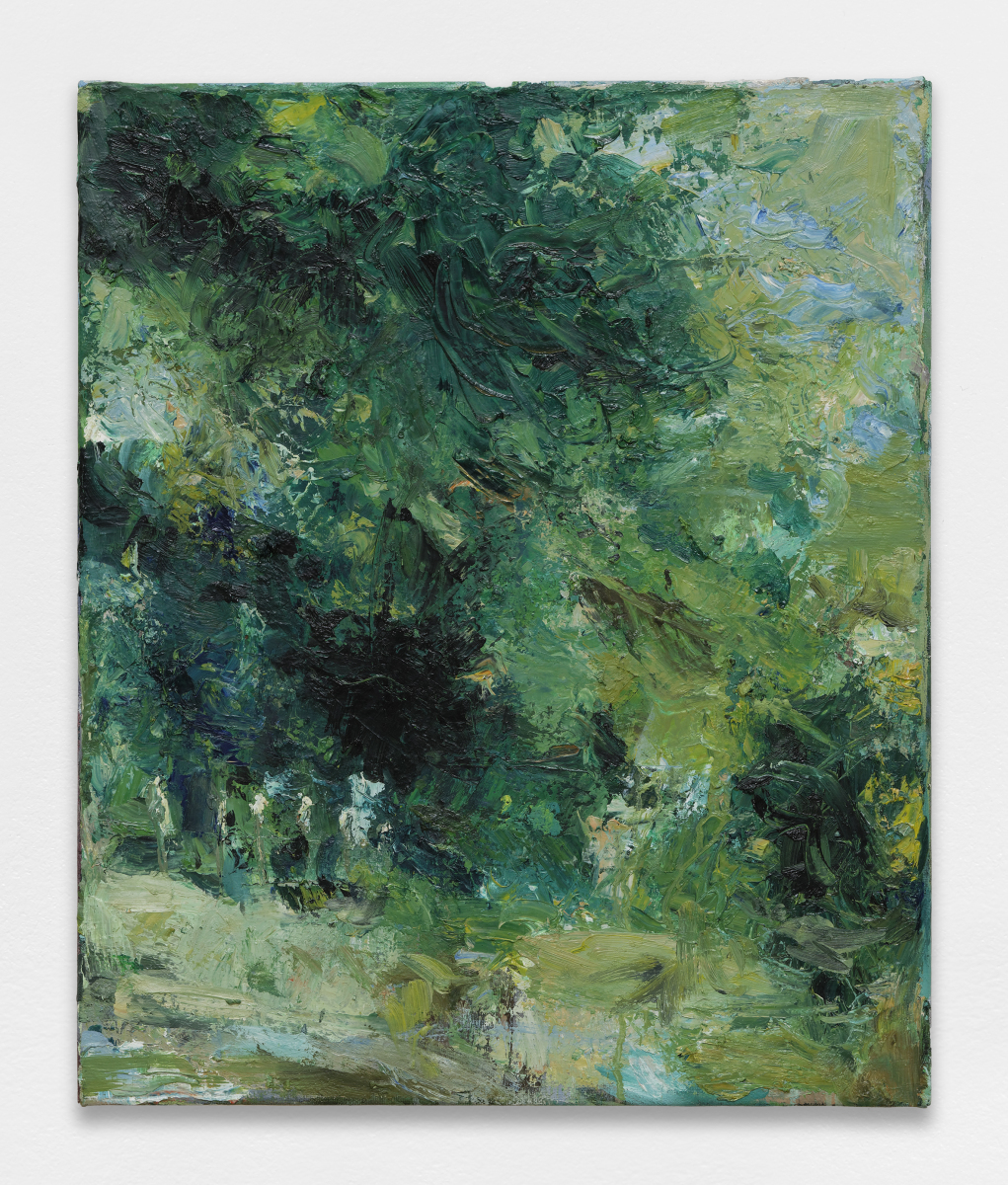 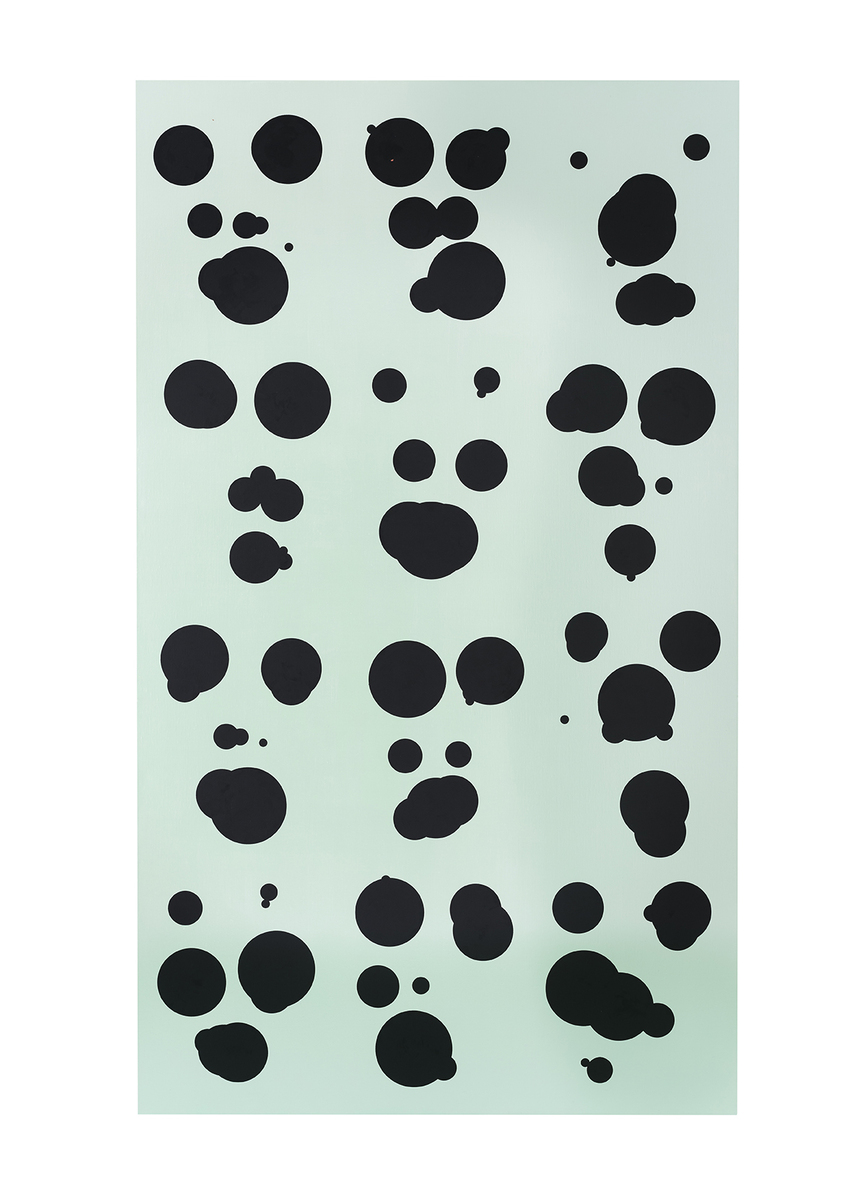 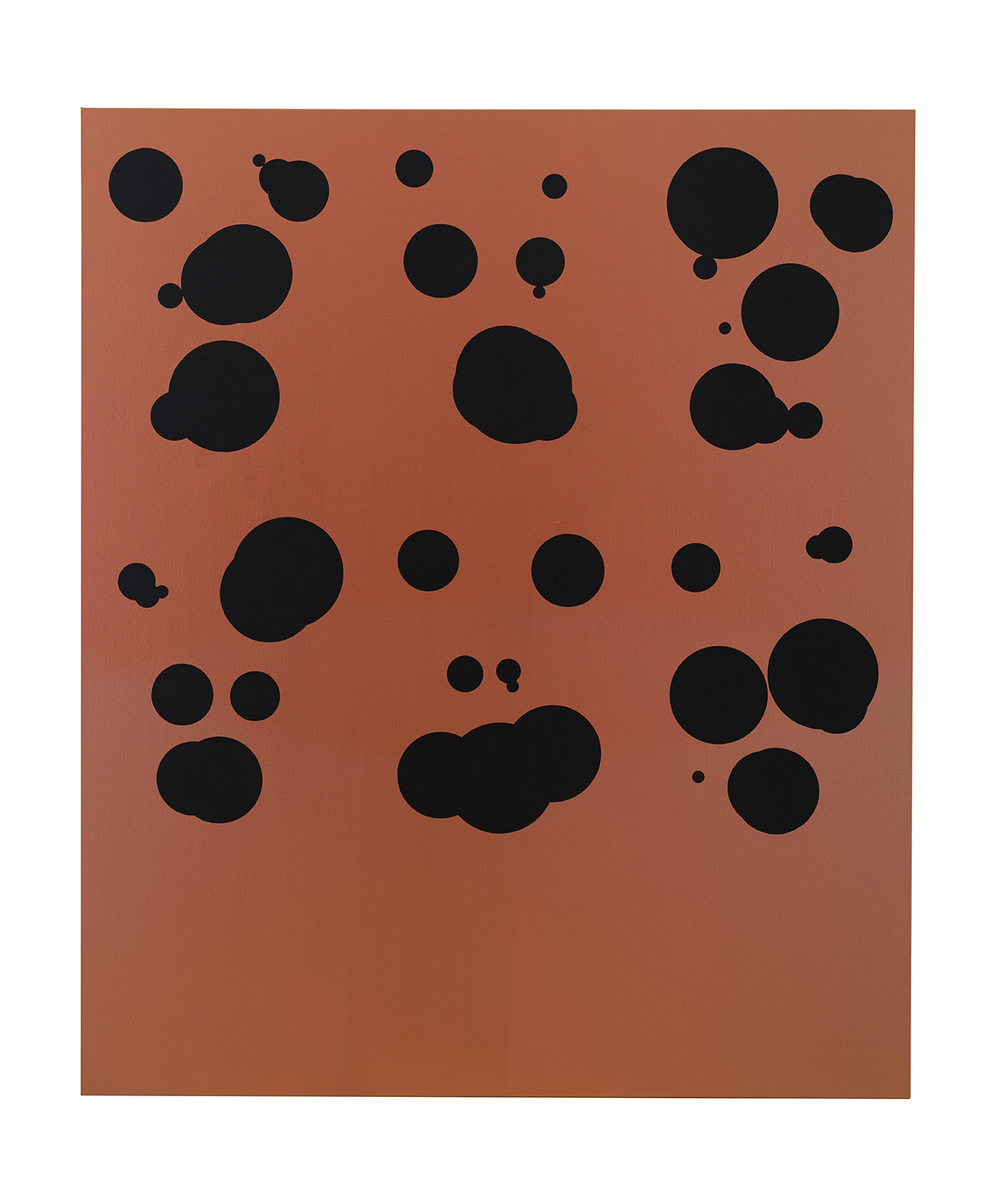 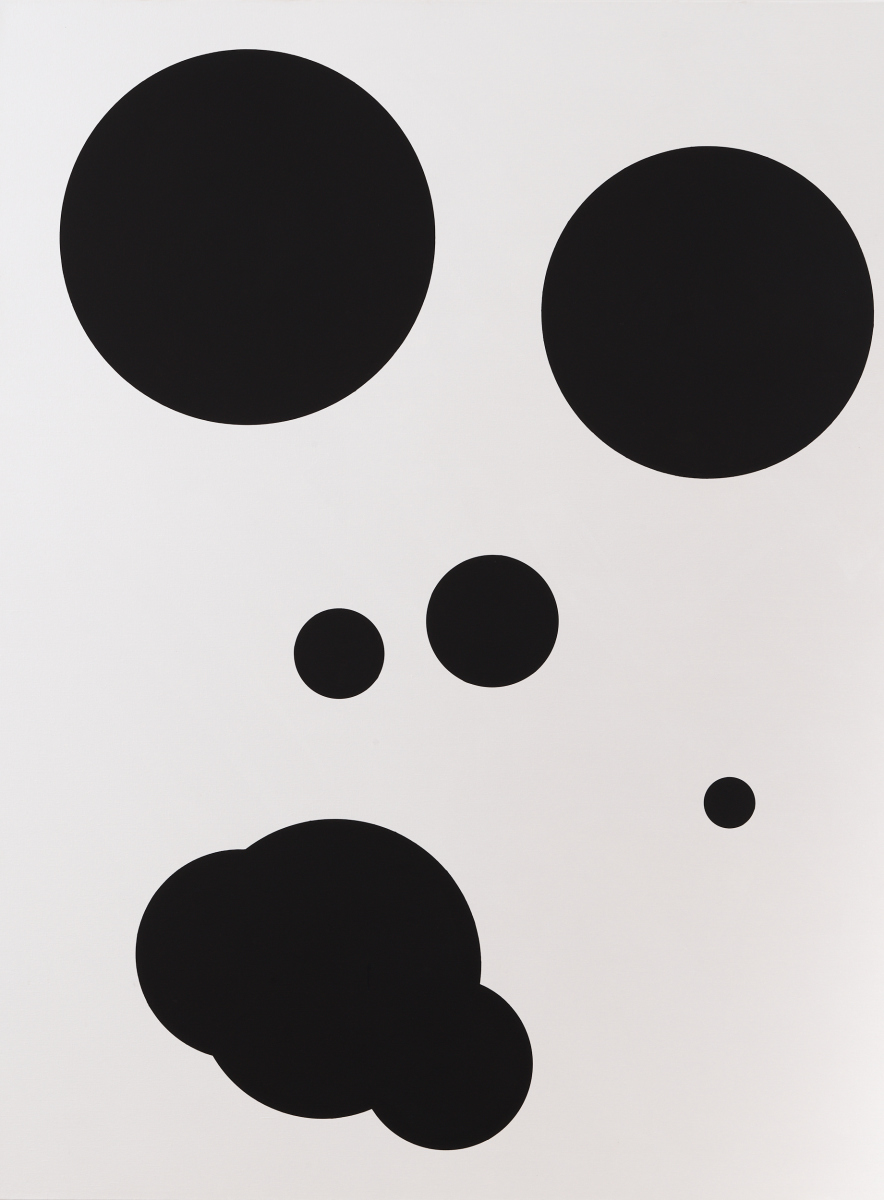 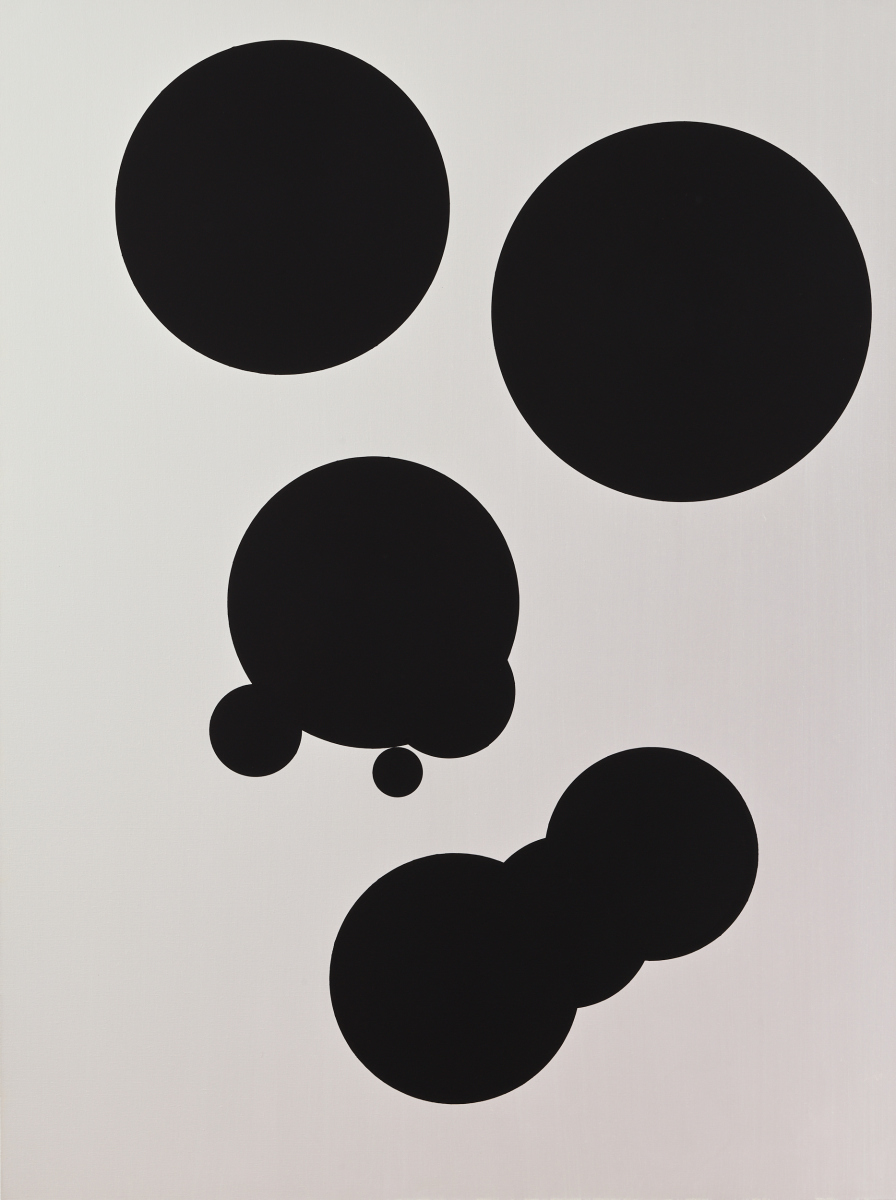 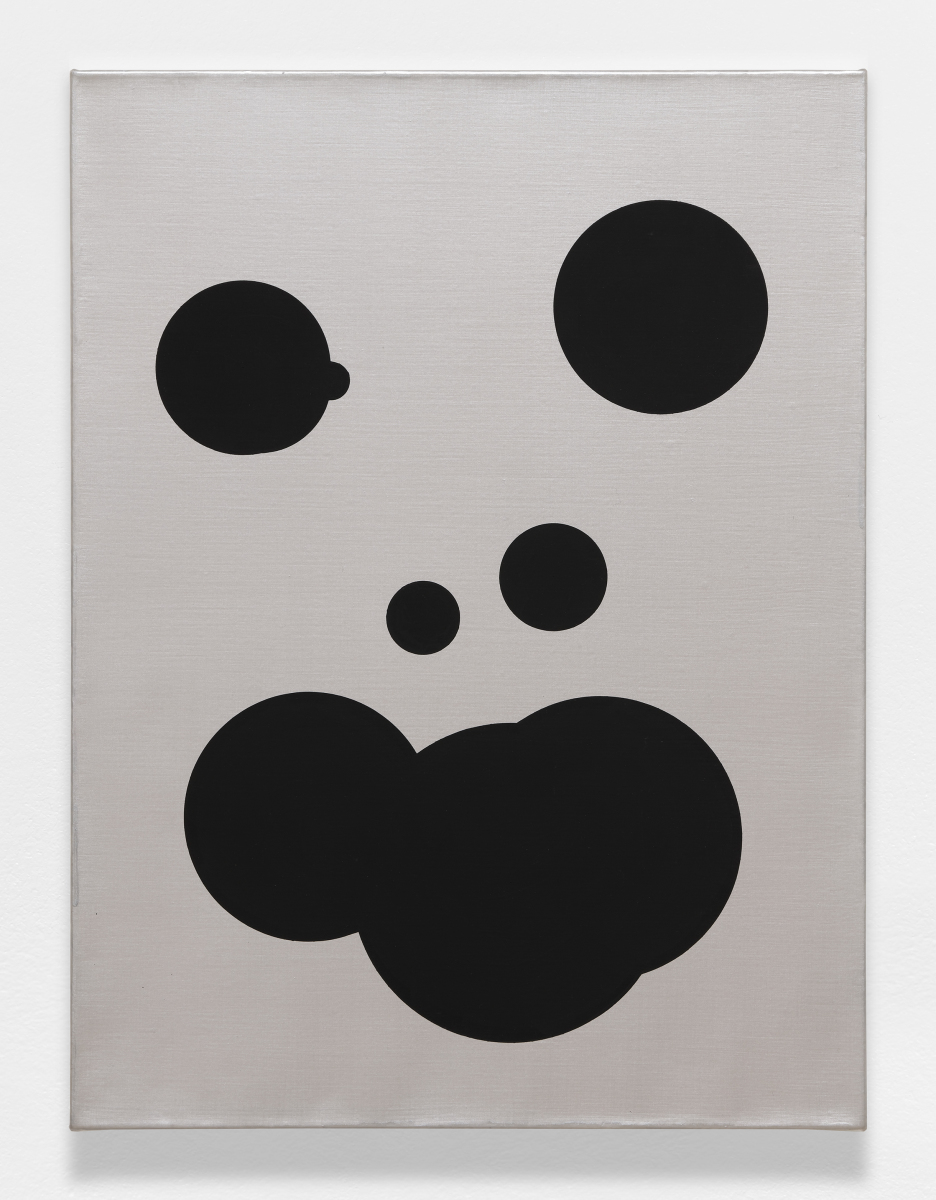 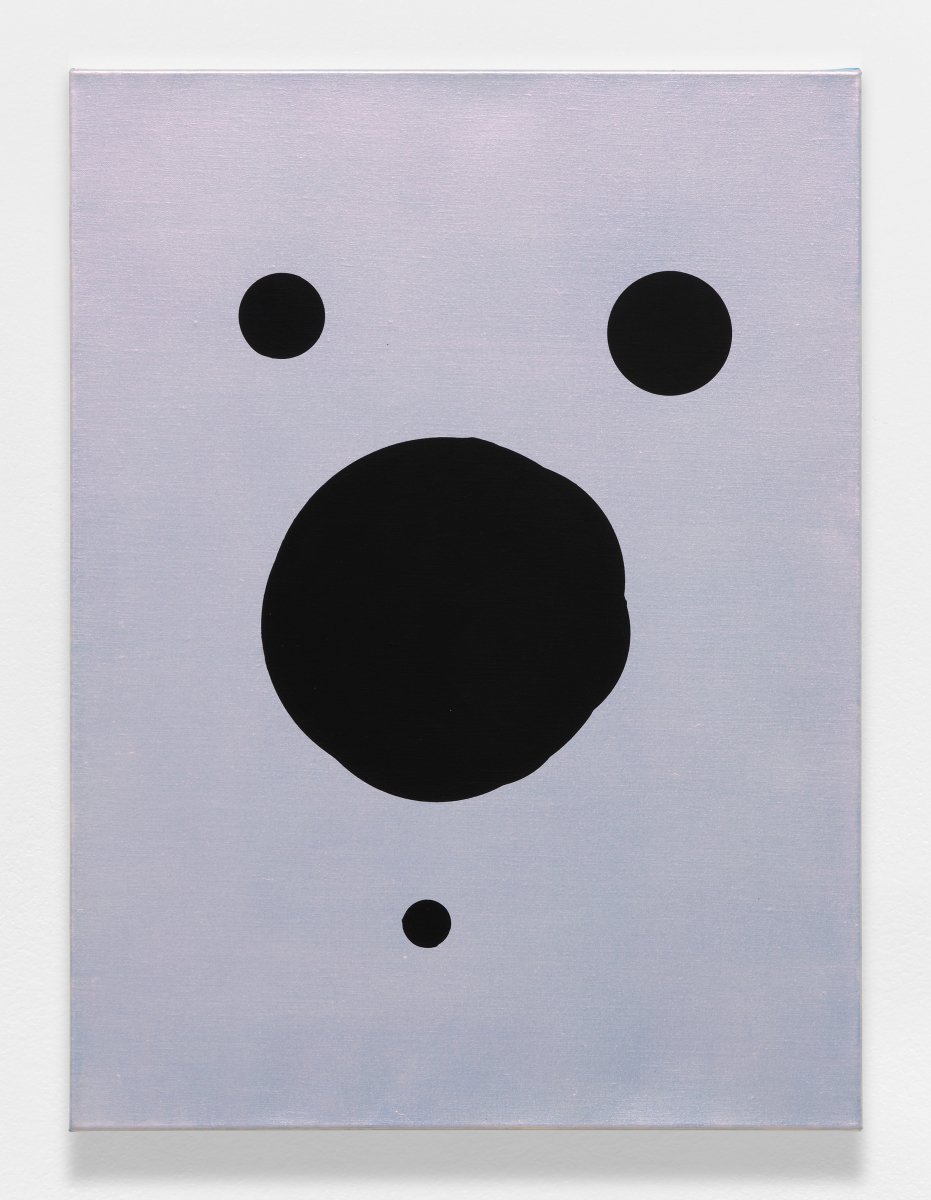 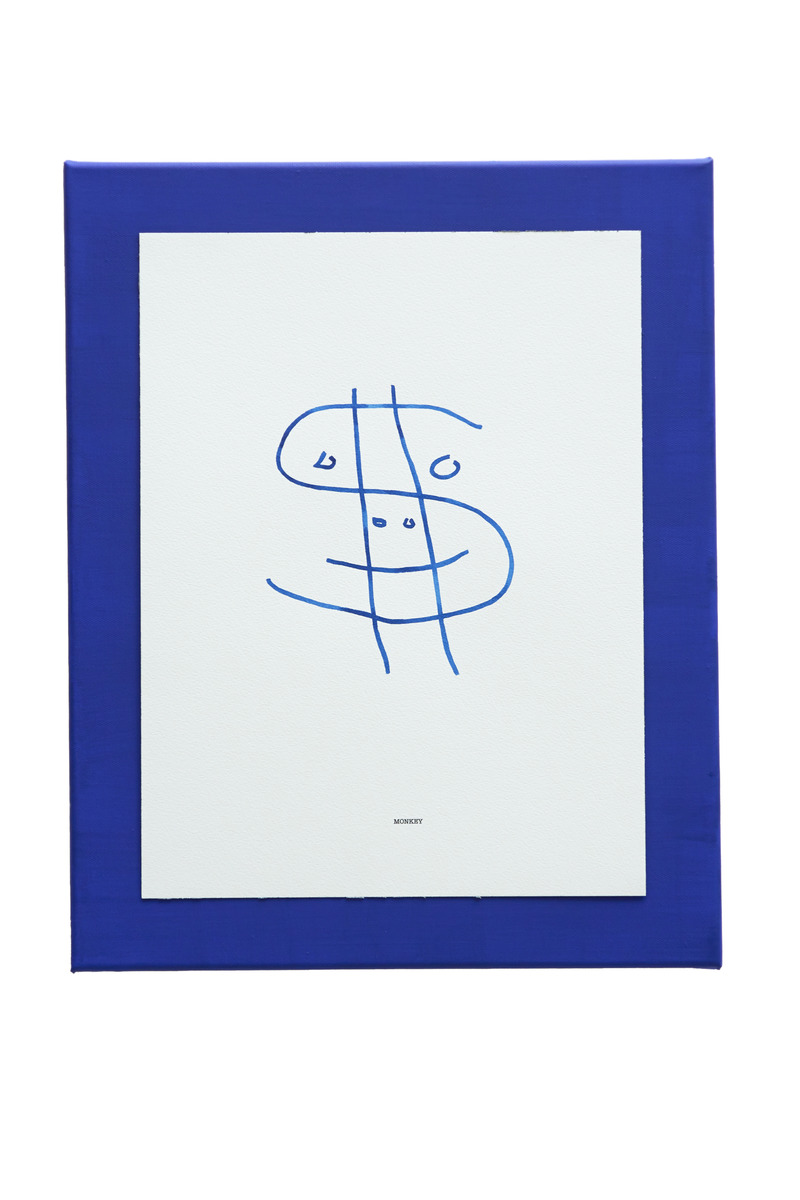 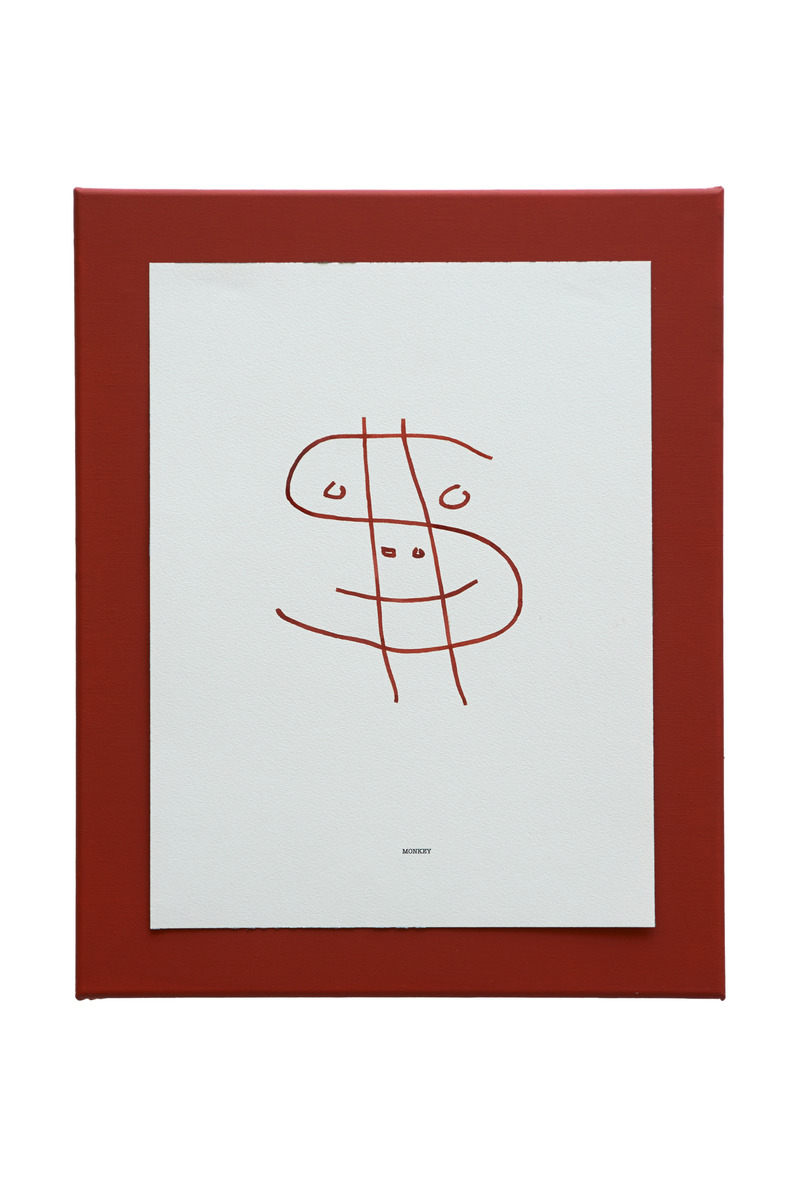 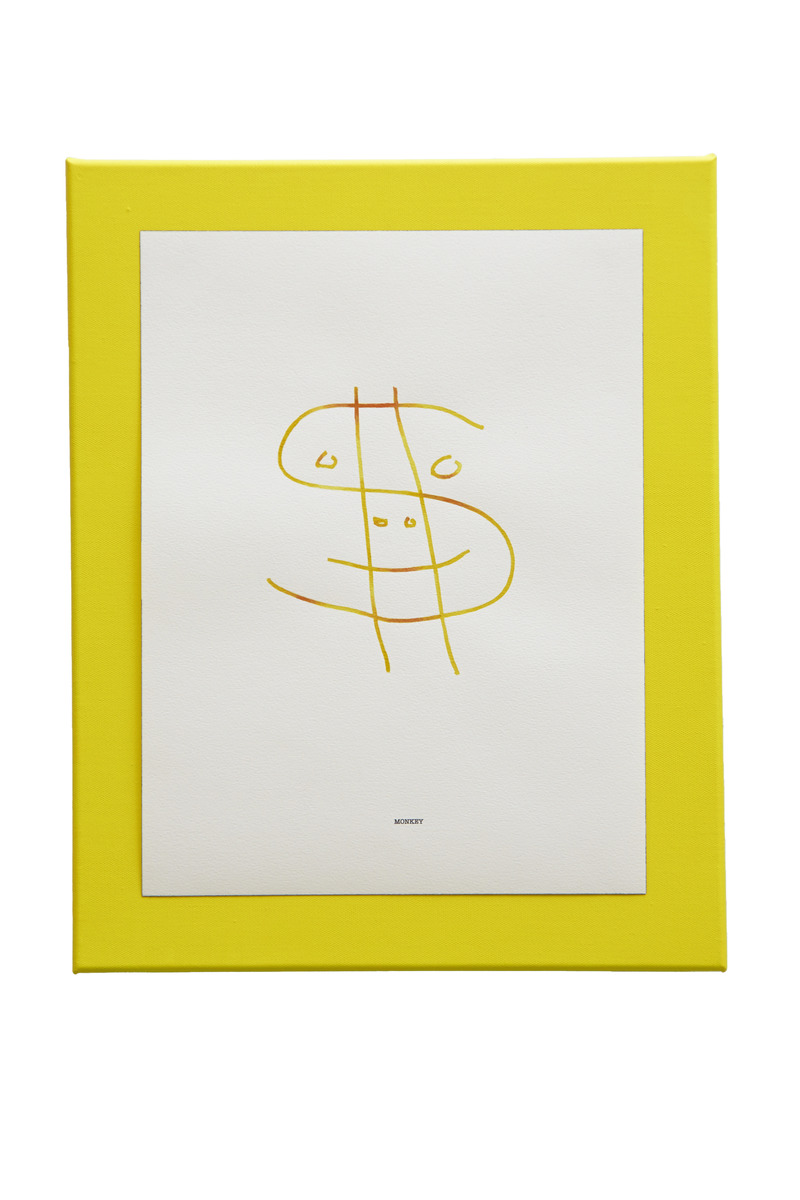 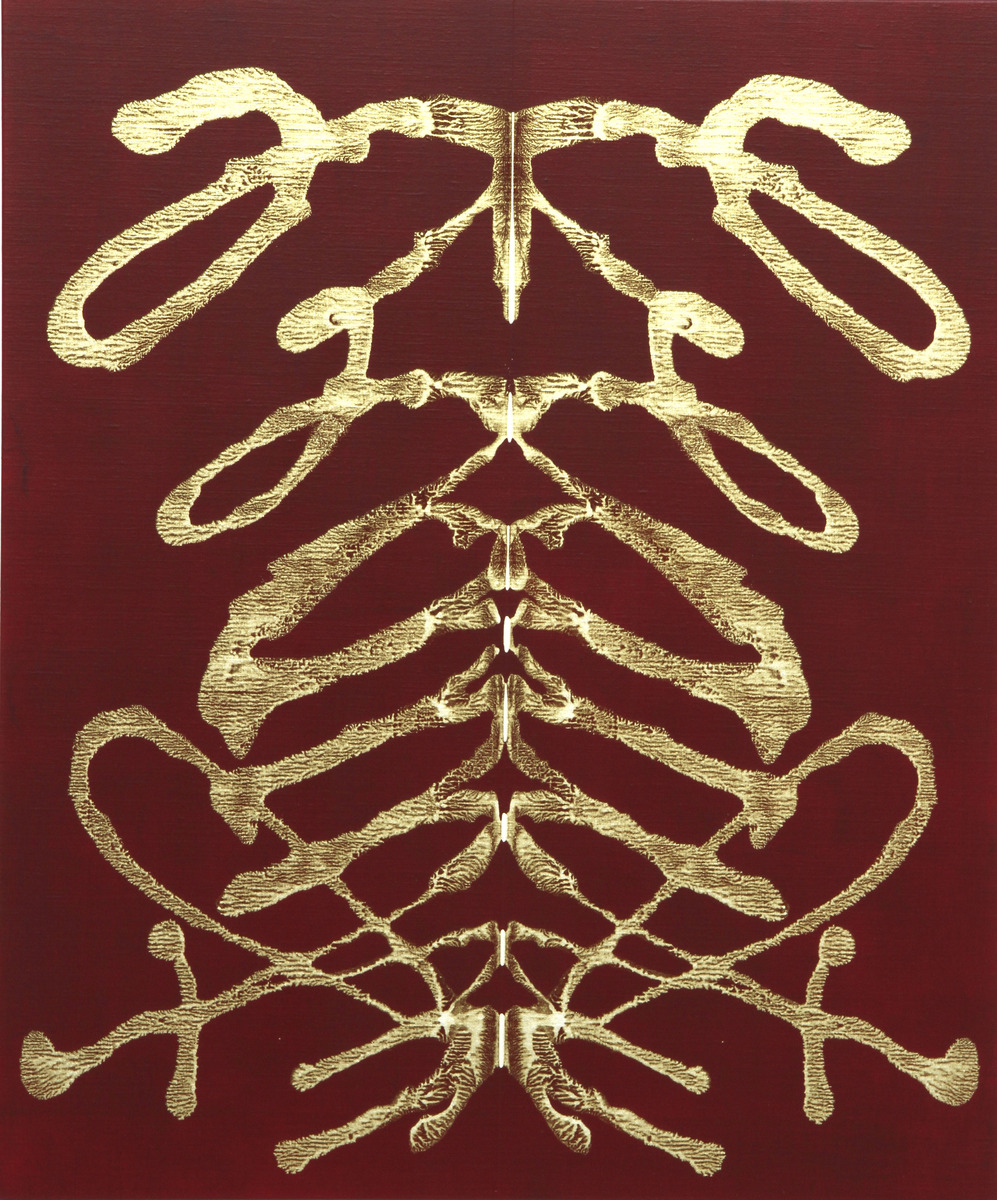 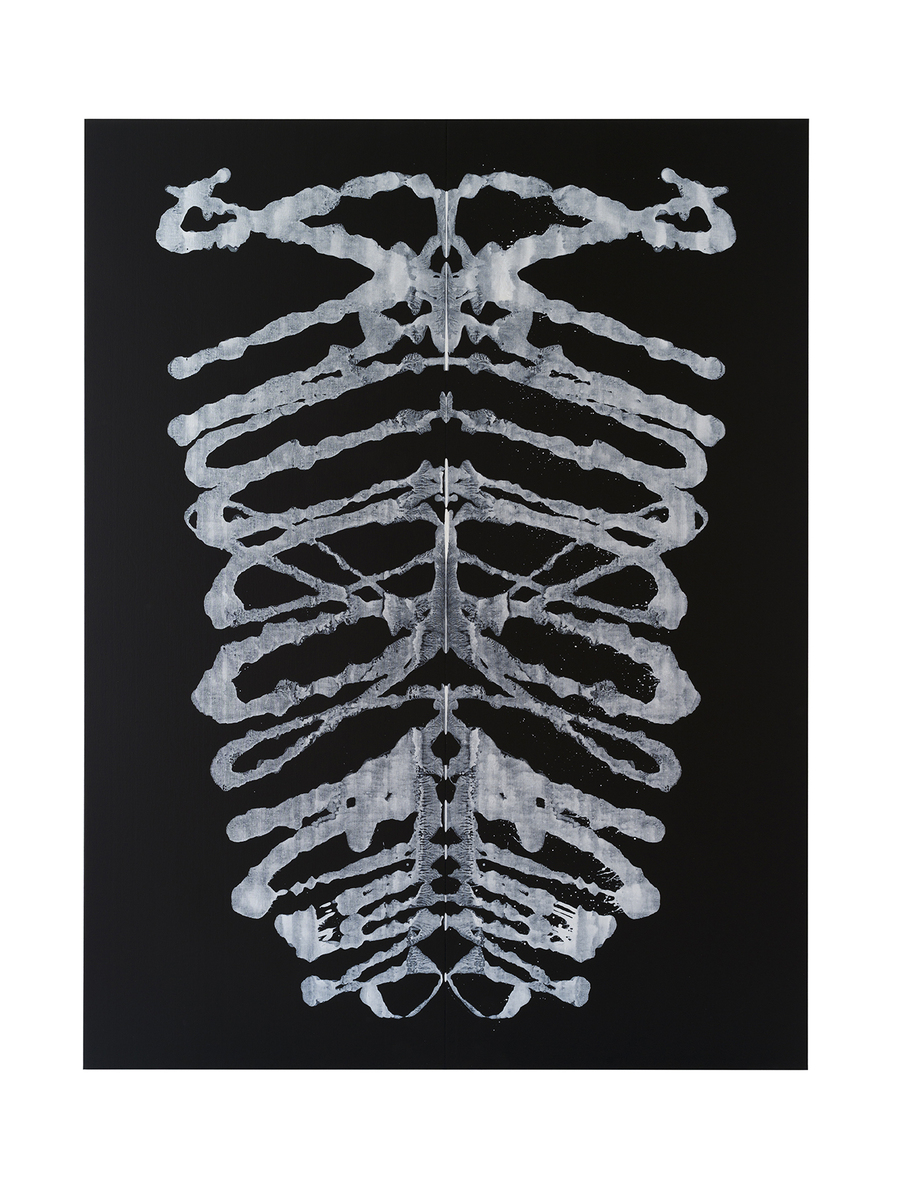 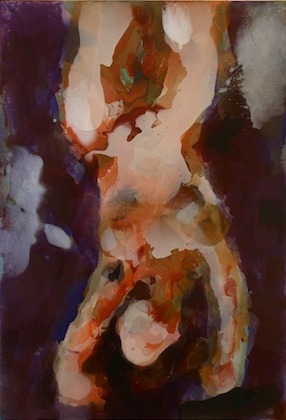 Born in 1961 in Maribor, Slovenia
Lives and works in Brussels, Belgium

Of Slovenian origin, the Swiss artist Mitja Tušek exhibits since the mid-80s. His paintings play of figuration and abstraction. The figurative paintings are almost abstract, and in abstract paintings the presence of the image is never completely evacuated. The materials he uses are part of this ambivalence : wax, lead, interference pigment, by their power of absorption or reflection, they induce an ambiguous perception of the image; we guess it more than we see it and yet we retain an almost palpable presence from it.
Life on Mars

In the exhibition entitled Life on Mars, Swiss artist Mitja Tušek captures the ambiguity of "living things" through pictorial creations that waver between representation and abstraction, protocol and chance.
First the large paintings from the Cercles series started in 2015 evoke the genre of portrait. Cercles 2018 consists of more group portraits. Each dislocated figure is a combinatory variation of nine black disks of various diameters arranged on a pale background that appears both unified and shifting since it is made of prismatic pigments that reflect the whole chromatic spectrum based on light orientation. The circular geometric punctuations hold a symbolic meaning: they represent the nine orbs of Dante's inferno as well as lighter sign-images -grotesque variations around Mickey Mouse. The blinding smudges also evoke the abstract face machine conceptualized by Deleuze: "white wall- black hole(s)".
Then, female nudes deceive their very academism through forms that emancipate and break free from their design and toward shapeless chaos. "To remember that a painting, writes Maurice Denis at the end of the 19th century, before being [...] a female nude [...] is essentially a plane surface covered with colors assembled in a definite order." Here, each acrylic canvas is precisely the result of a concretion of successive layers of pictorial matter residues. Based on the same creative process, each layer of glossy paint thinly laid on one canvas is immediately transferred onto a second one while still fresh in order to obtain a replica, a print of the ephemeral matrix. Each canvas is therefore laminated with an accumulation of about sixty printed transfers. These thin pictorial layers give live to female figures distorted by the materiality of their pictorial flesh. They dissolve in reversed symmetry and the strangeness of a non-iconic resemblance, a "contact resemblance." Reversibility and dissimilarity are at the very core of printing. With Femmes nues, 2004-2011, matrix and print merge. Which one is the other side? These painting transfers cast some doubt.
The Peintures texte series, 2009-2018, exacerbates this symmetrical reversibility through playing the process of the famous Rorschach tests again. But beyond the visibility of these imaginary projection surfaces and the perception of their sensitive materiality, one can simultaneously read vertical words lying under the pictorial signifier. Like a both visual and textual chiasm, the faces of a same coin echo one another: "Pride/Shame". But also "What should we do?" This quote borrowed from Lenine and Mario Merz (in his work Che Fare, 1969), expresses a both existential and political questioning while reflecting the viewers' unsteadiness, their hesitation between what they would like to see and what they are able to conceive. Aren't all visible things wrapped up in an invisible coat? "You only have to look around you to see life on Mars", says Mitja Tušek with seriousness and humor.

The show, Mitja Tušek's fourth with the gallery, will offer a first glimpse into a new series entitled 'Circle Paintings', in which black circles (always nine of them) of varying size floating on a background of interference paint sometimes fuse into one another and always suggest, in their combination, a figure that never quite materializes. Those familiar with Tušek's work will immediately recognize formal similarities and shared concerns between the works in this new series and in the 'Text Paintings'. In the latter, the artist folds the canvas over to create a mirroring effect, and the mirrored word produces a Rorschach stain that wavers somewhere between the legible, the purely abstract and the strangely figurative, though, here too, we can never quite settle on what figure they adumbrate.

Both series use interference paint, which varies in colour and shading in relation to our position and to the light, and lends movement to the work. The attention to movement and the attempts to bring it into painting without falling into the gimmicky has been a running thread of Tušek's work. He first drew the attention of the art world with his wax paintings, shown at Documenta IX. Some of these are figurative, but the layer upon layer of pigment and wax lend to a ghostly quality to the figurative elements, which, under certain conditions, seem almost to disappear. Others are first experienced as impenetrably shallow monochromes reflecting nothing other than our own shadow; but then, suddenly, a change of light or viewing position can open up a deep well, as if the inscrutable mirror had dissolved to reveal its liquid depth, or forms we could not have imagined there but a second before, or simply the traces of the waxing knife. In an earlier series, the artist uses lead for his support, thus essentially exposing the compositional elements and colours to the oxidation the medium is susceptible to: over time the colours lose their lustre and the forms merge into the support, surviving as little more than a memory.

A distinguishing, and admirable, quality in the work of this Swiss/Slovenian painter living in Brussels is that it raises these questions without ever seeming pedantic or moralizing. Tušek's work is a rare thing these days: if it can be incredibly self-aware without dissolving into naval gazing and reducing its context to a set of easy truisms, it is precisely because its self-awareness is born from an eye - playful, sardonic, tongue-in-cheek - aware of the gaze of the other and always attuned the mysteries just beyond the frame.

“The lines of life are various, like roads and the contours of the mountains…”, Wandhaff
September 10 - October 29, 2016

2008
In the Future Even The Past Will be Better, LLS387 Ruimte voor actuele kunst, vzw, Antwerp, Belgium

The lines of life are various...