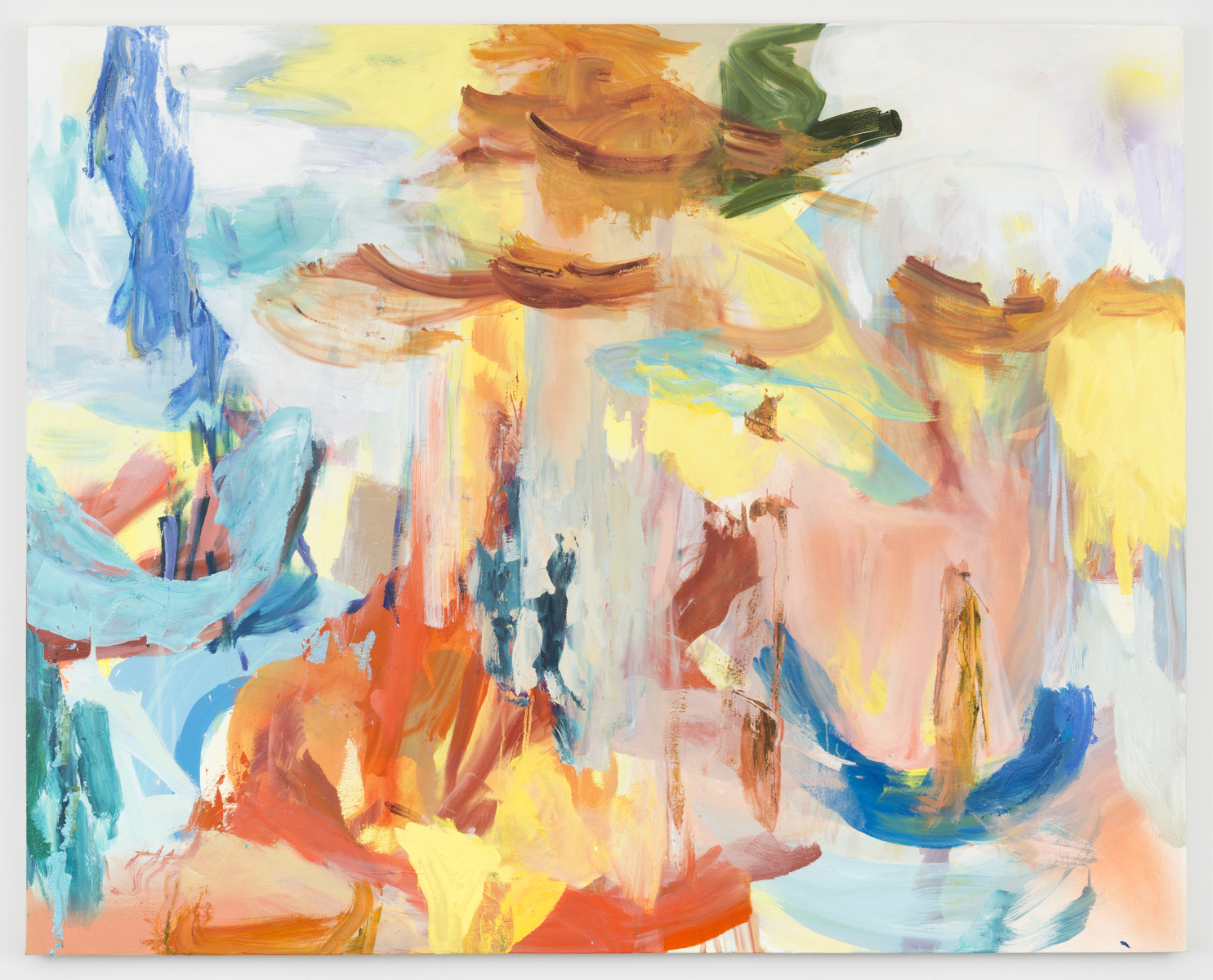 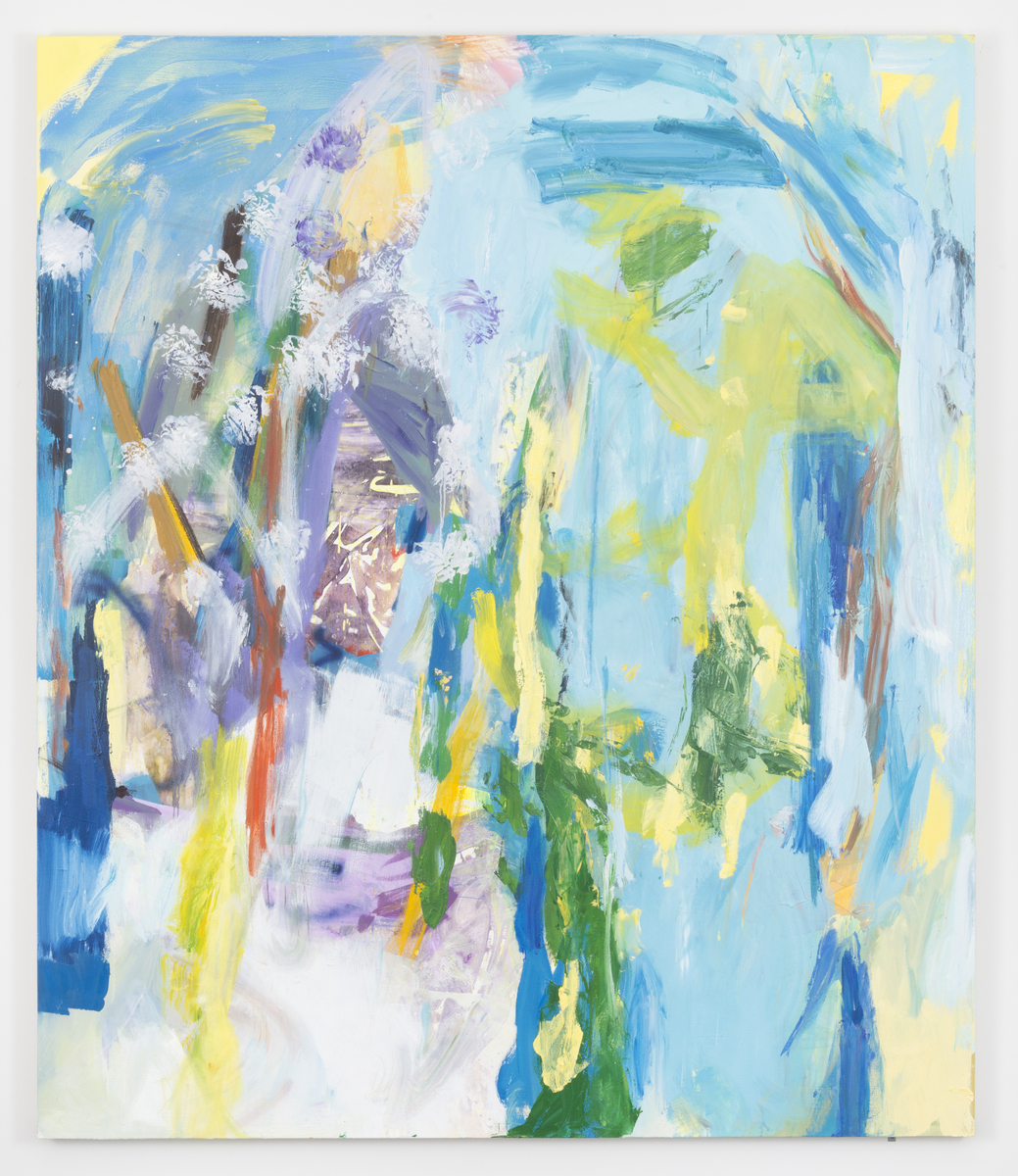 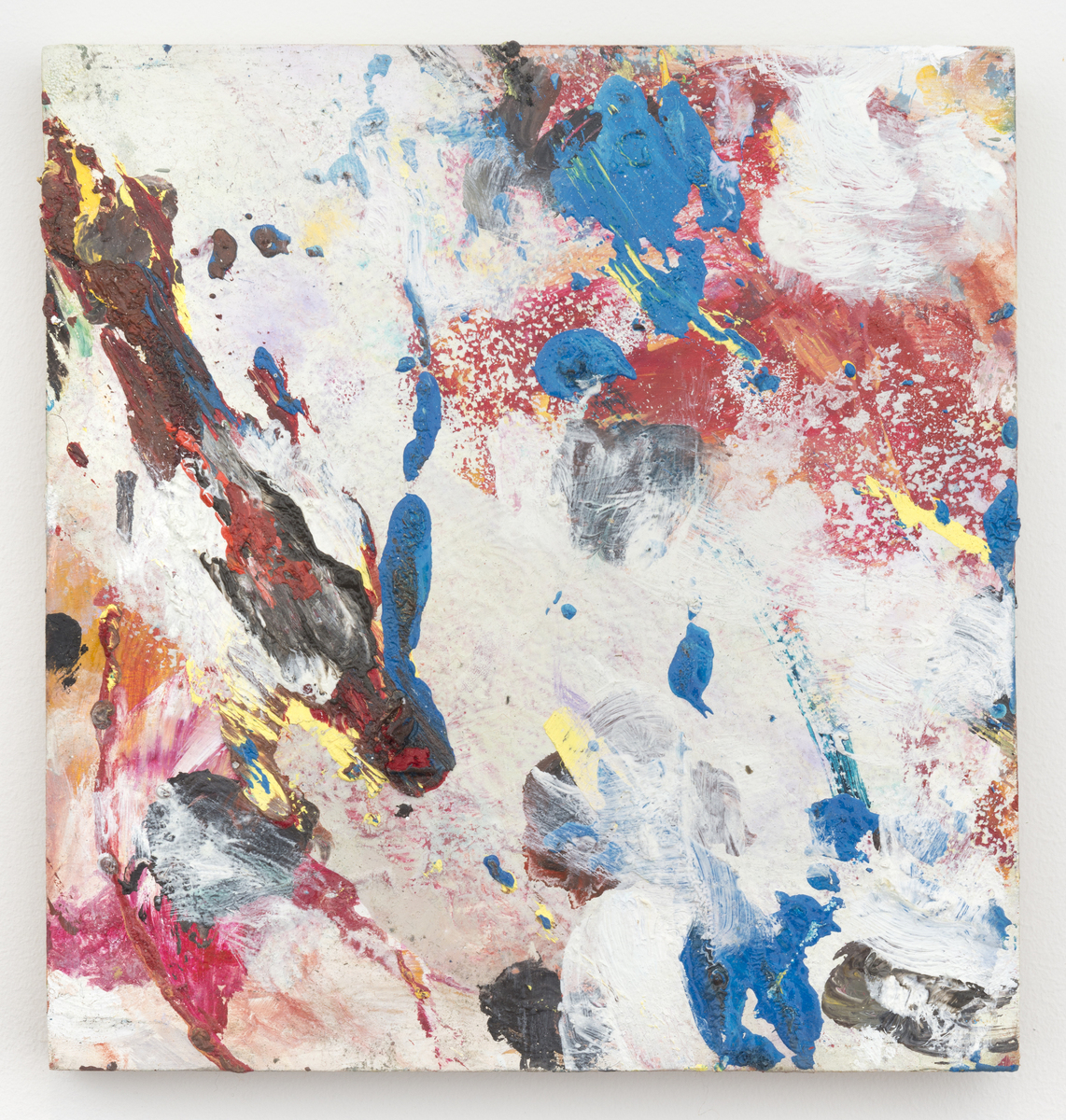 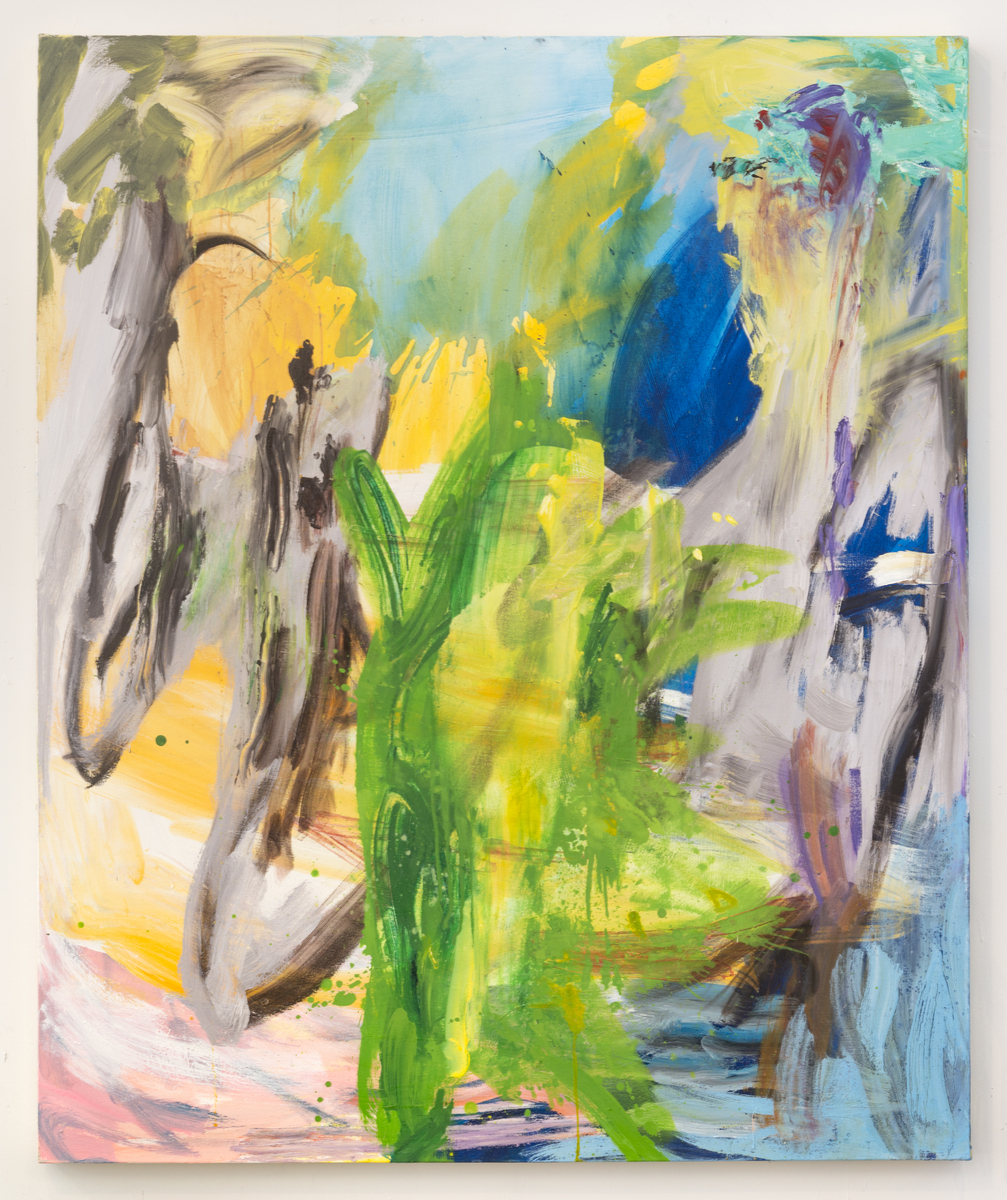 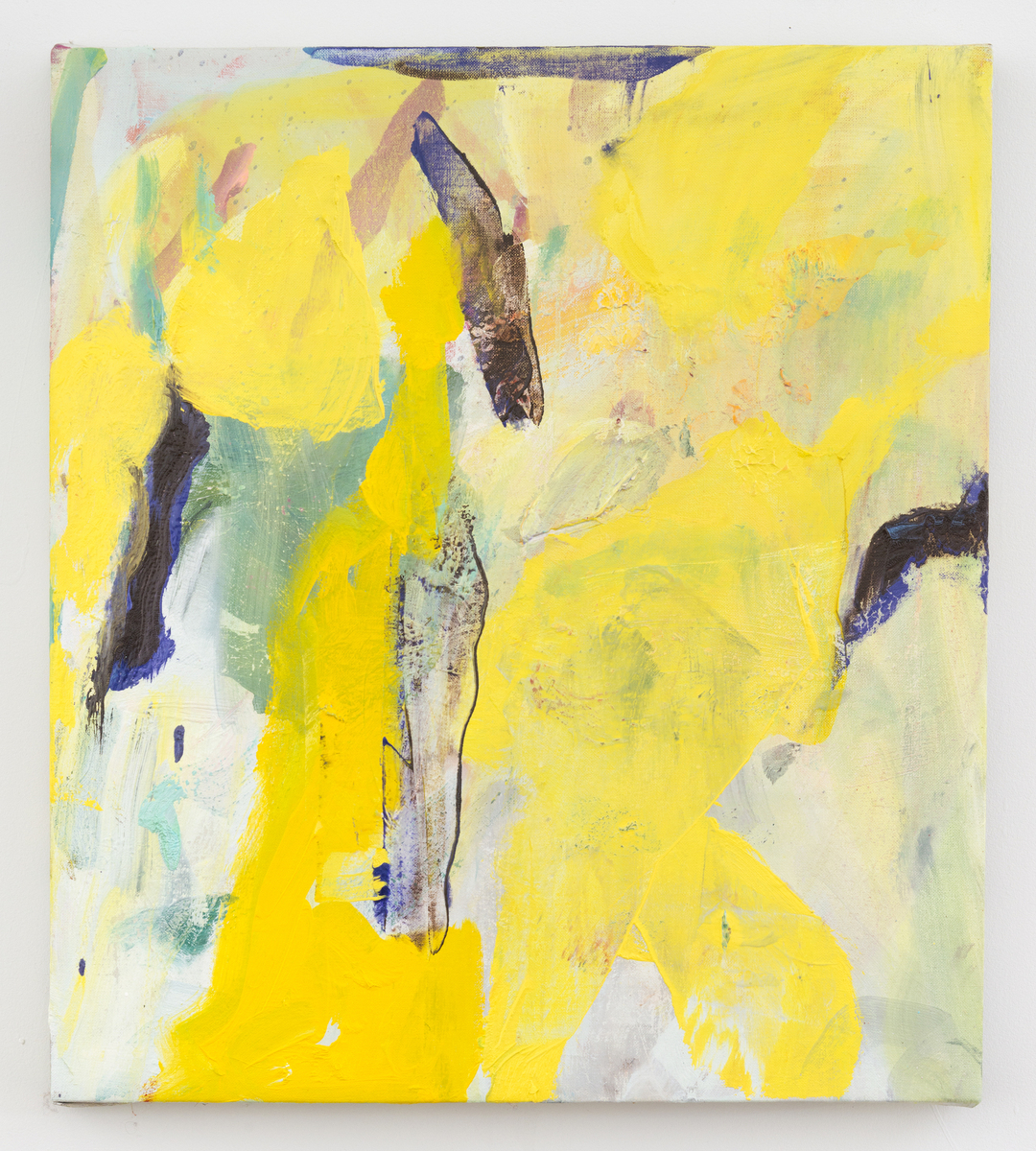 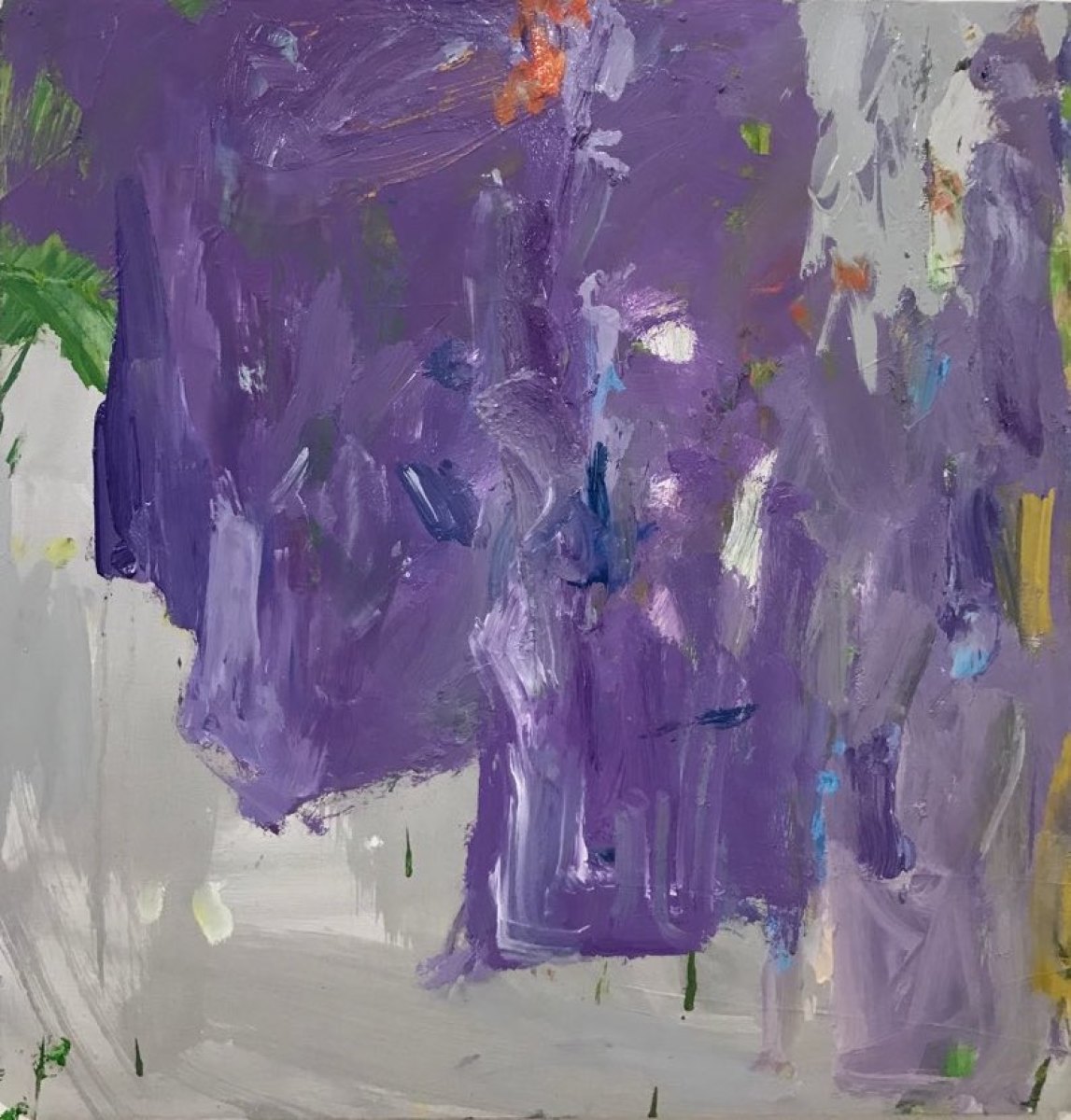 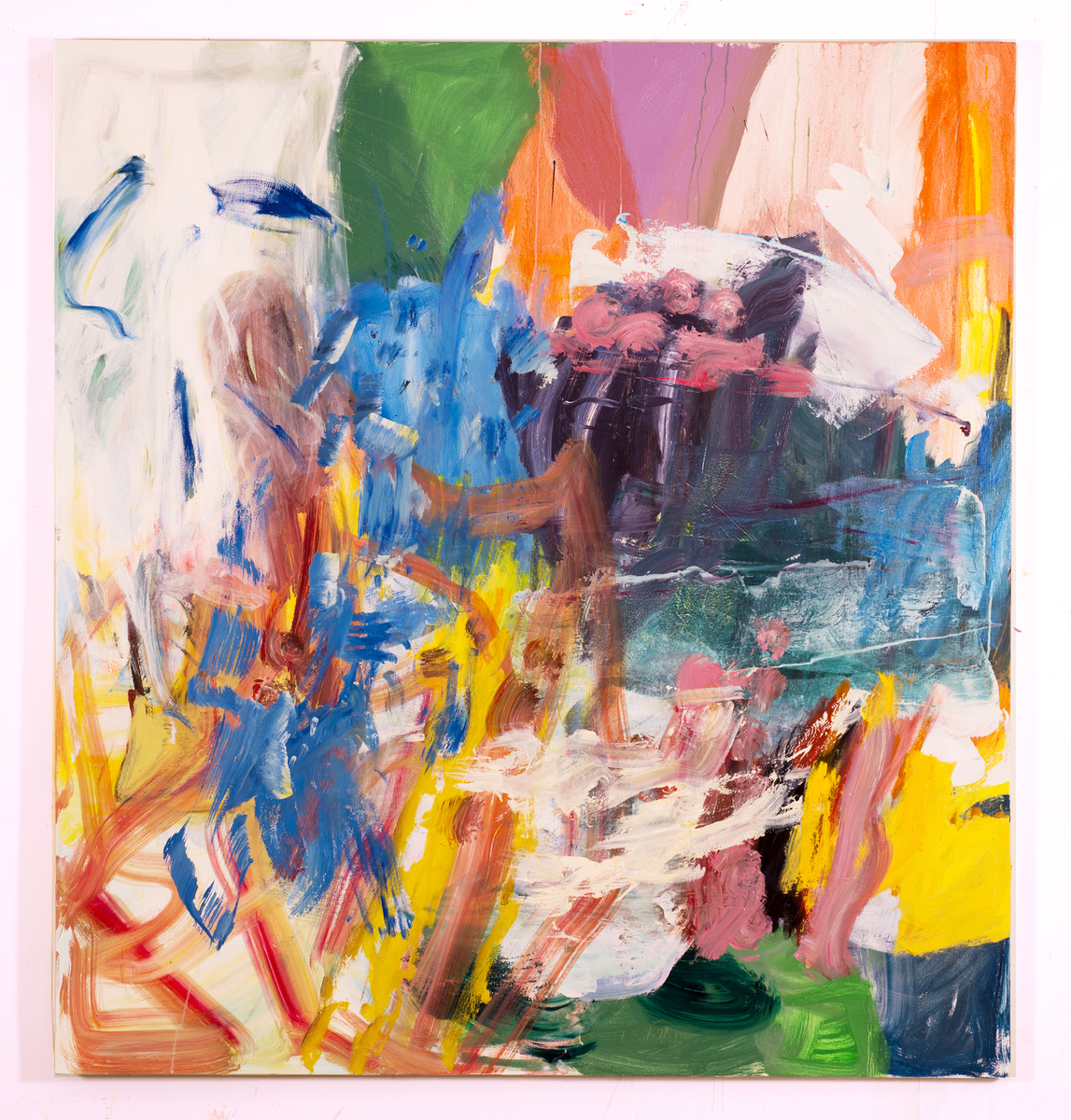 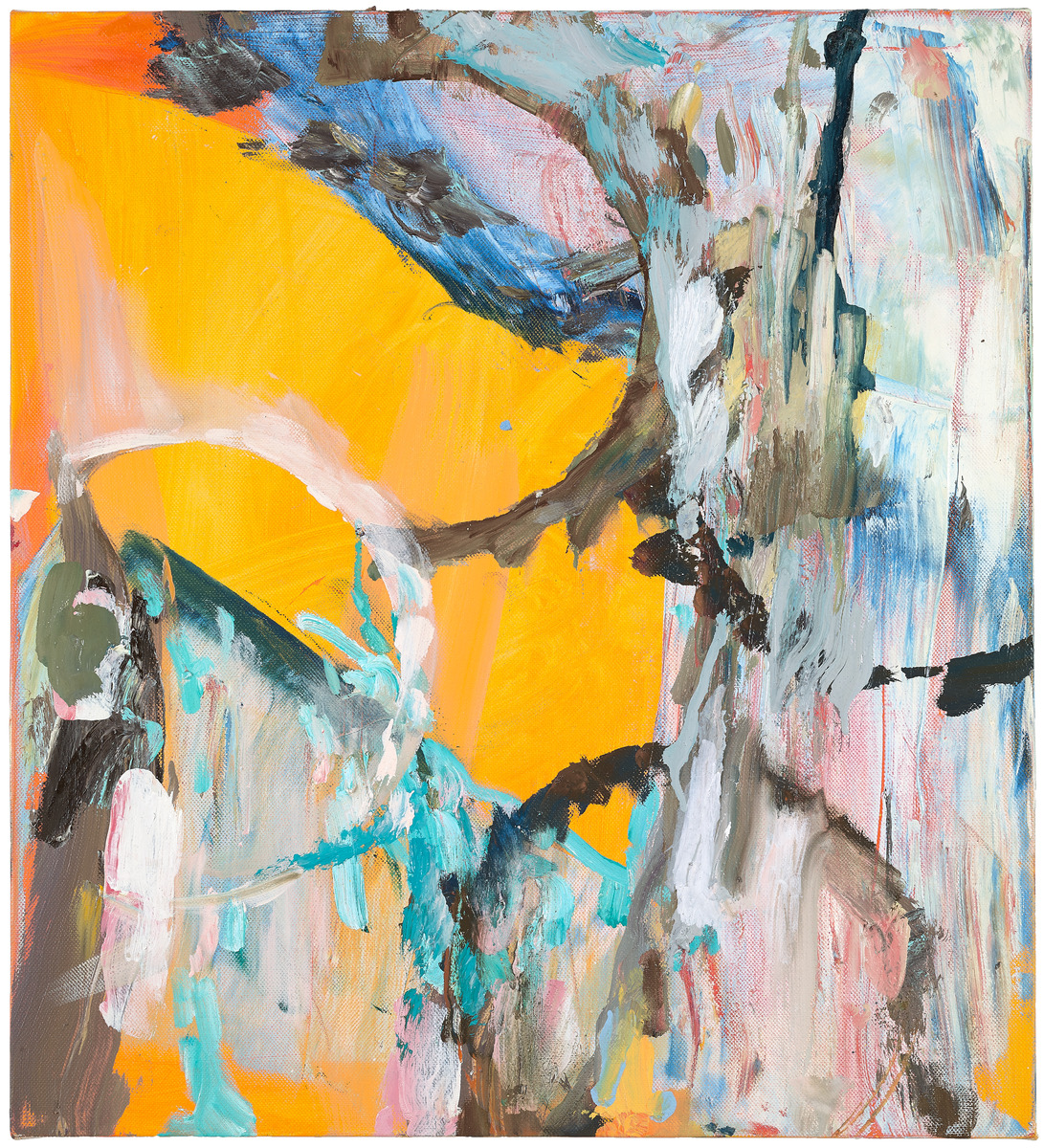 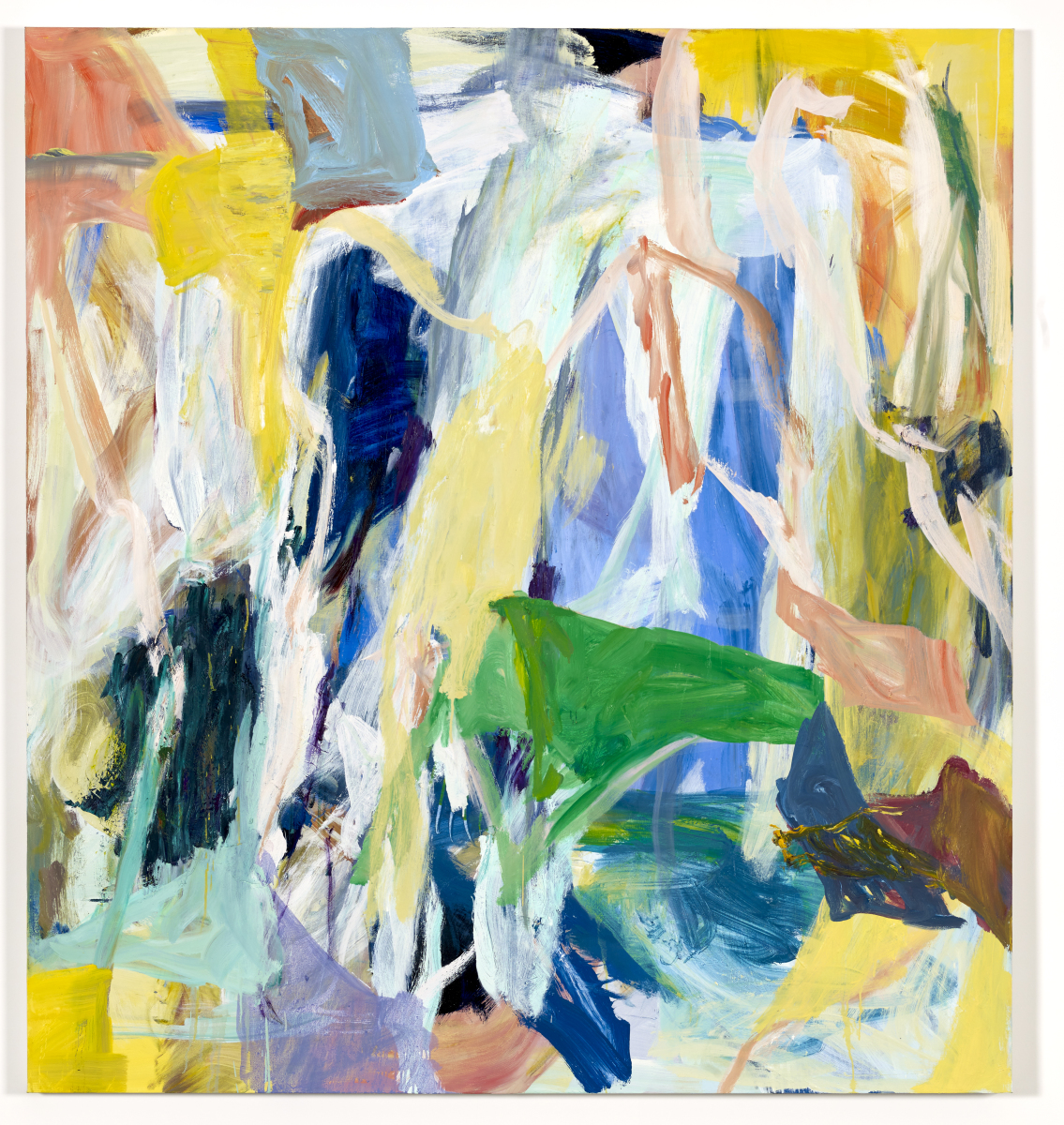 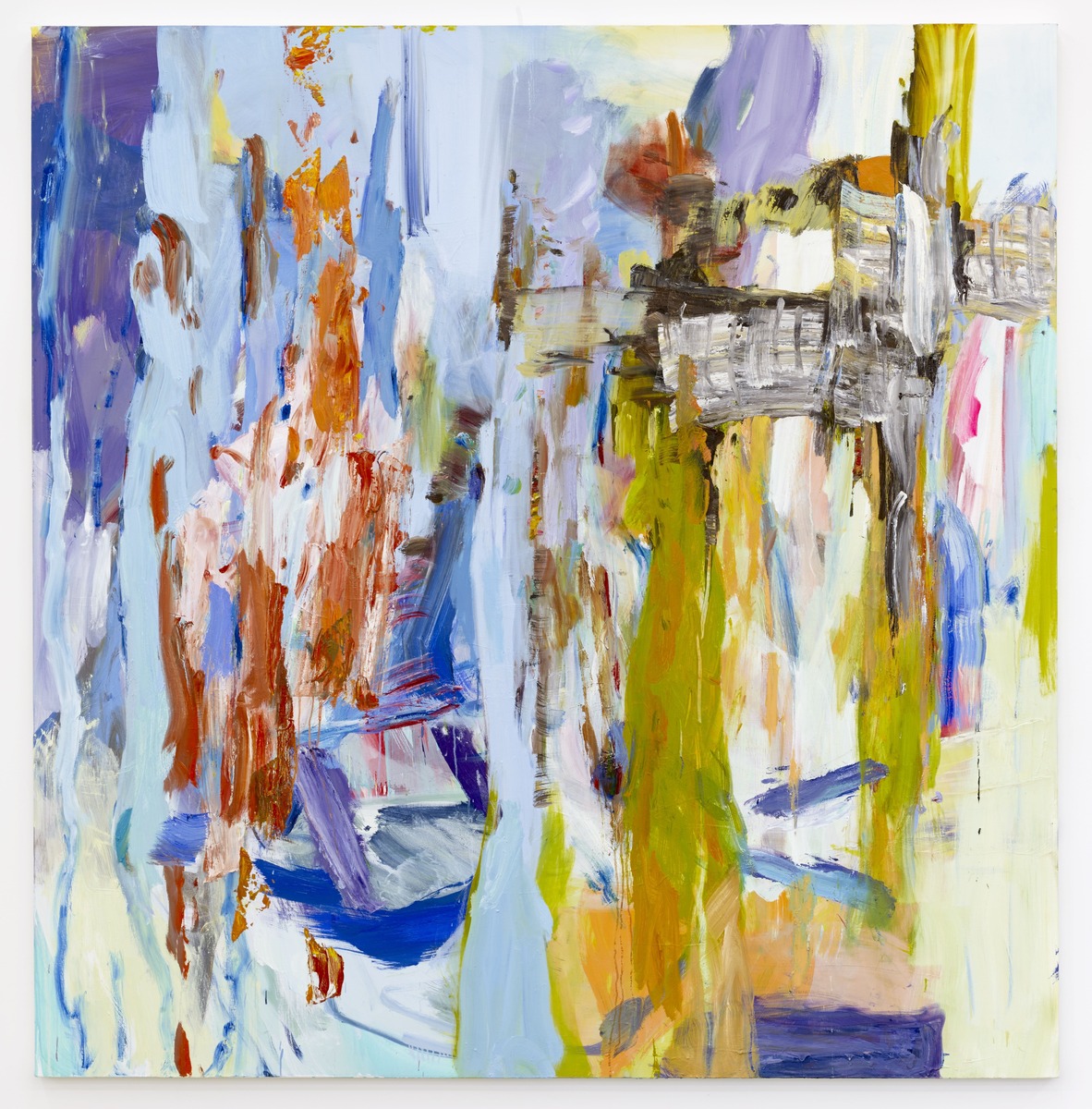 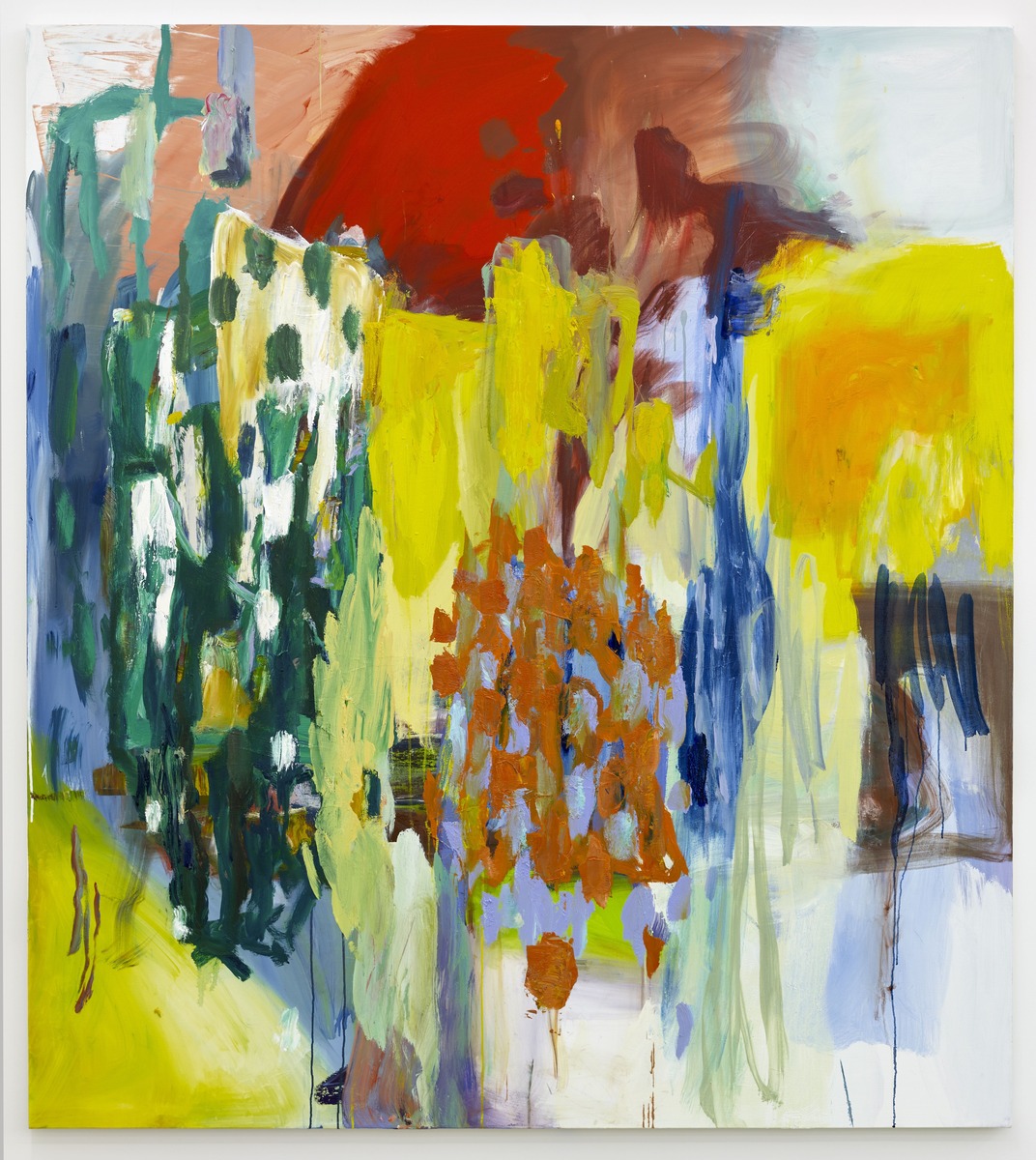 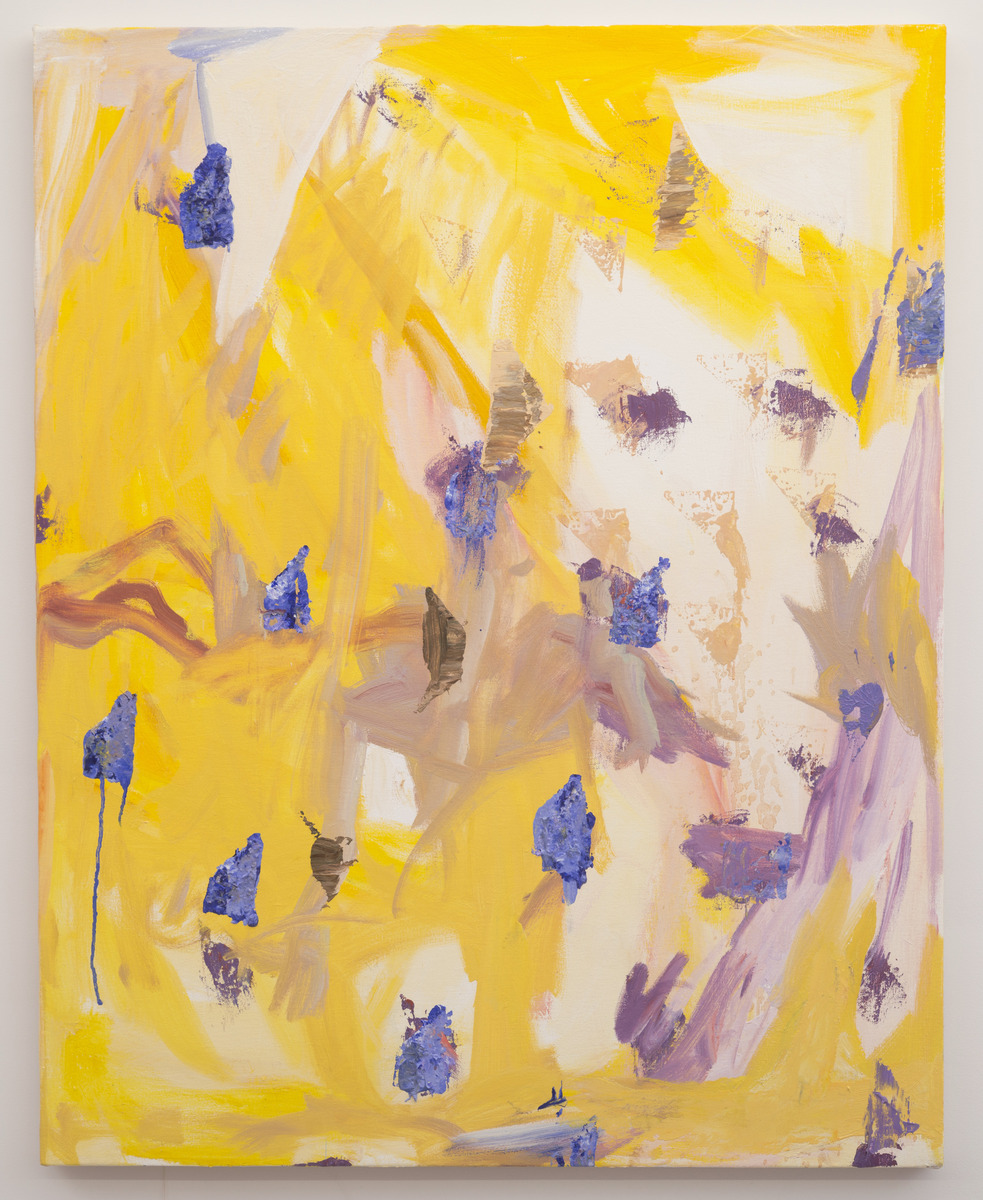 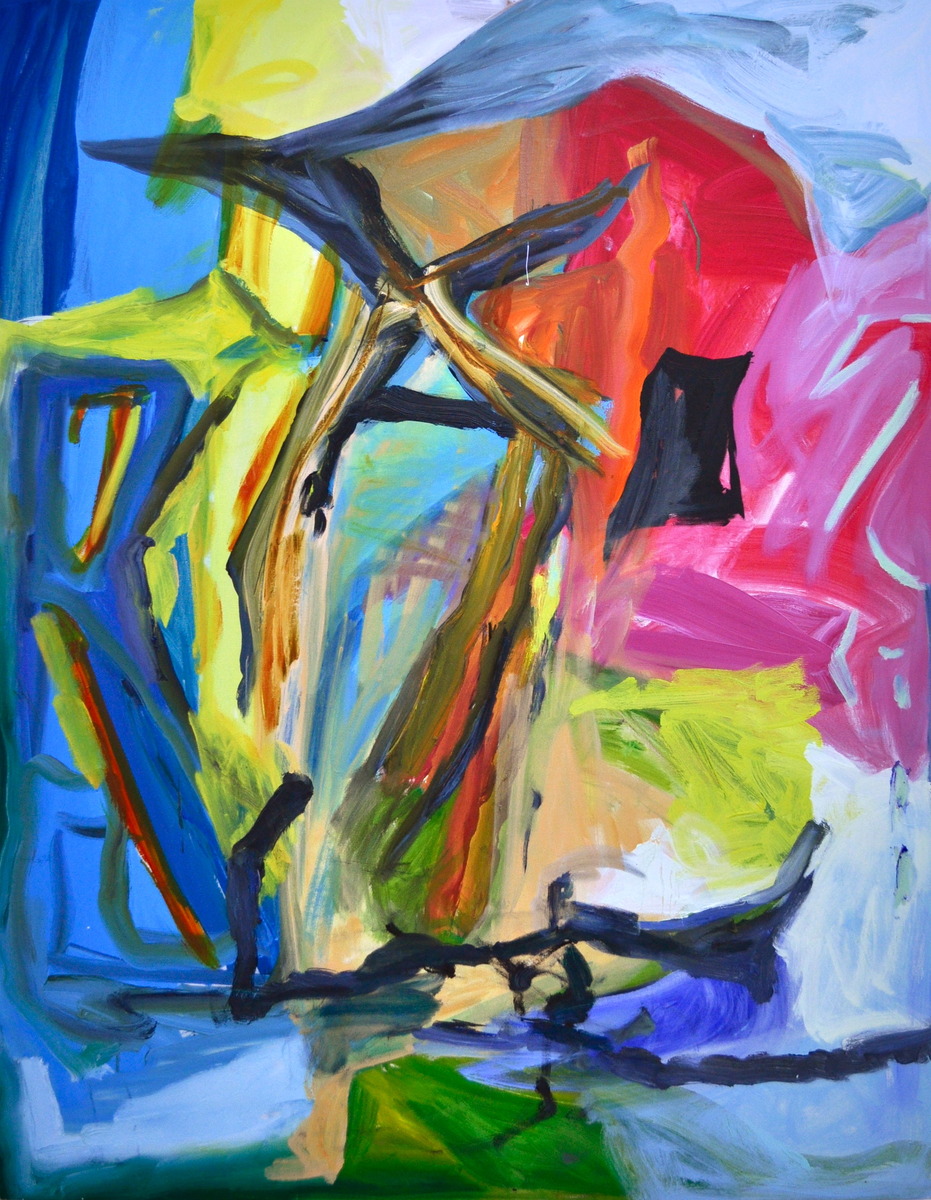 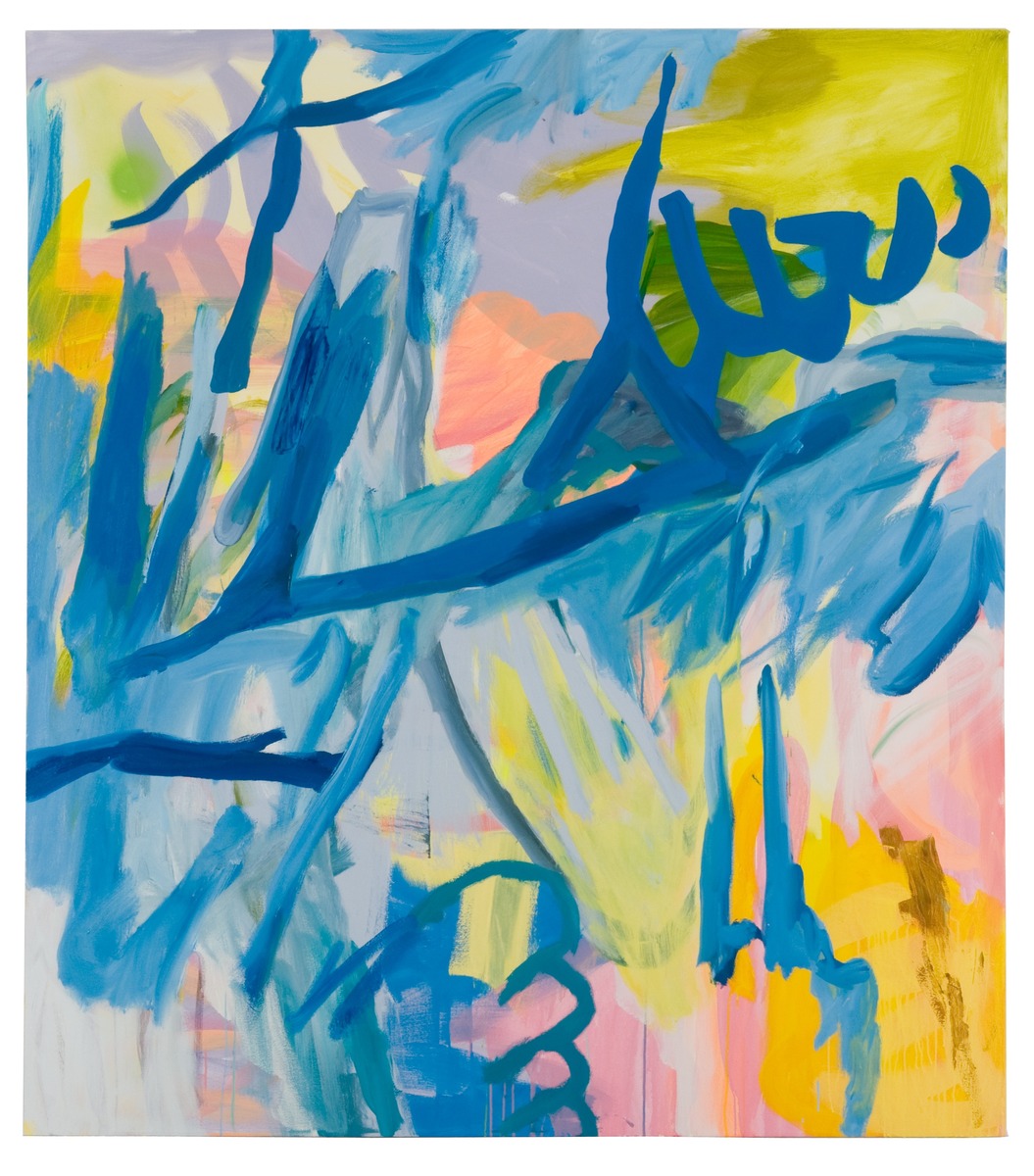 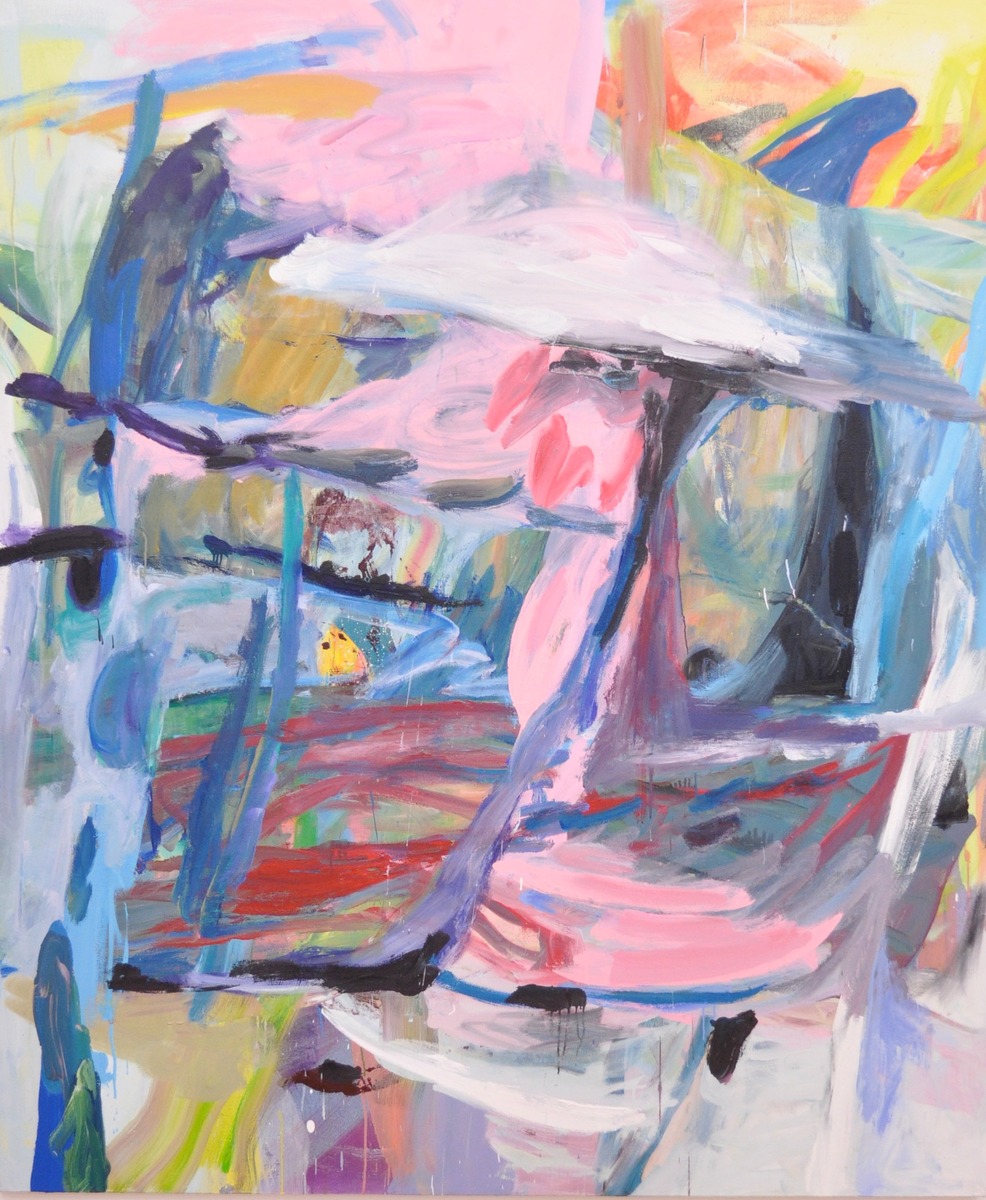 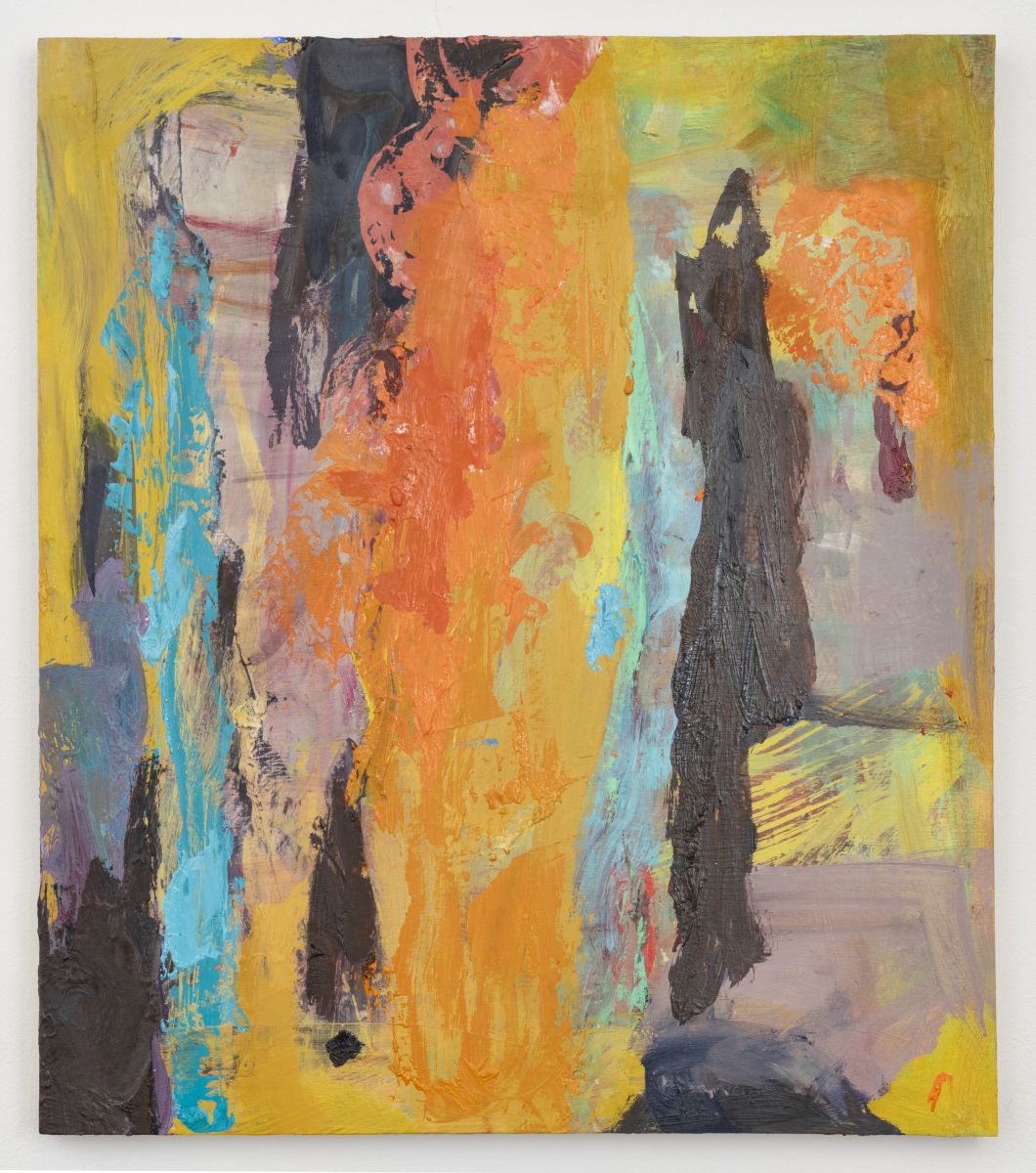 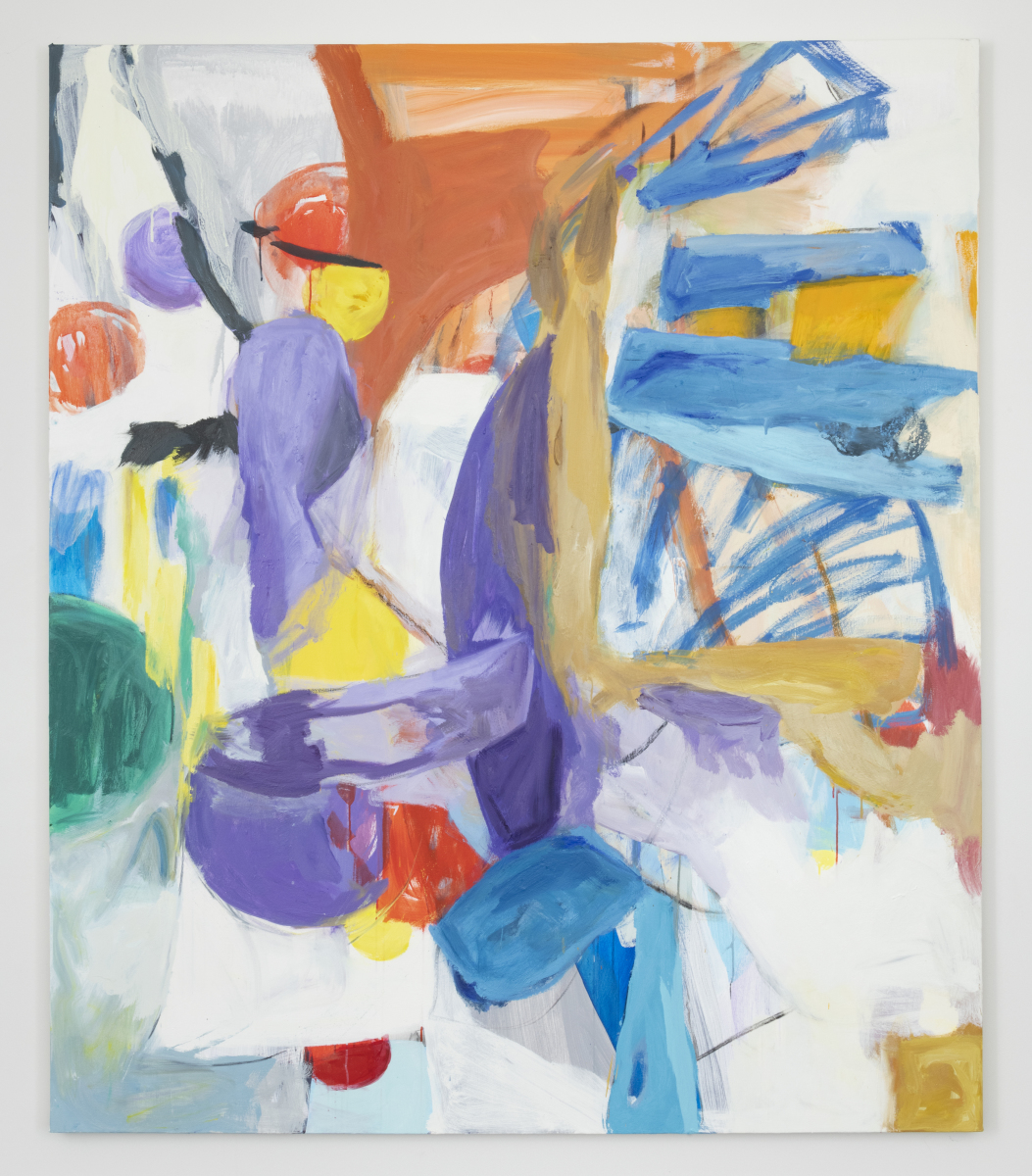 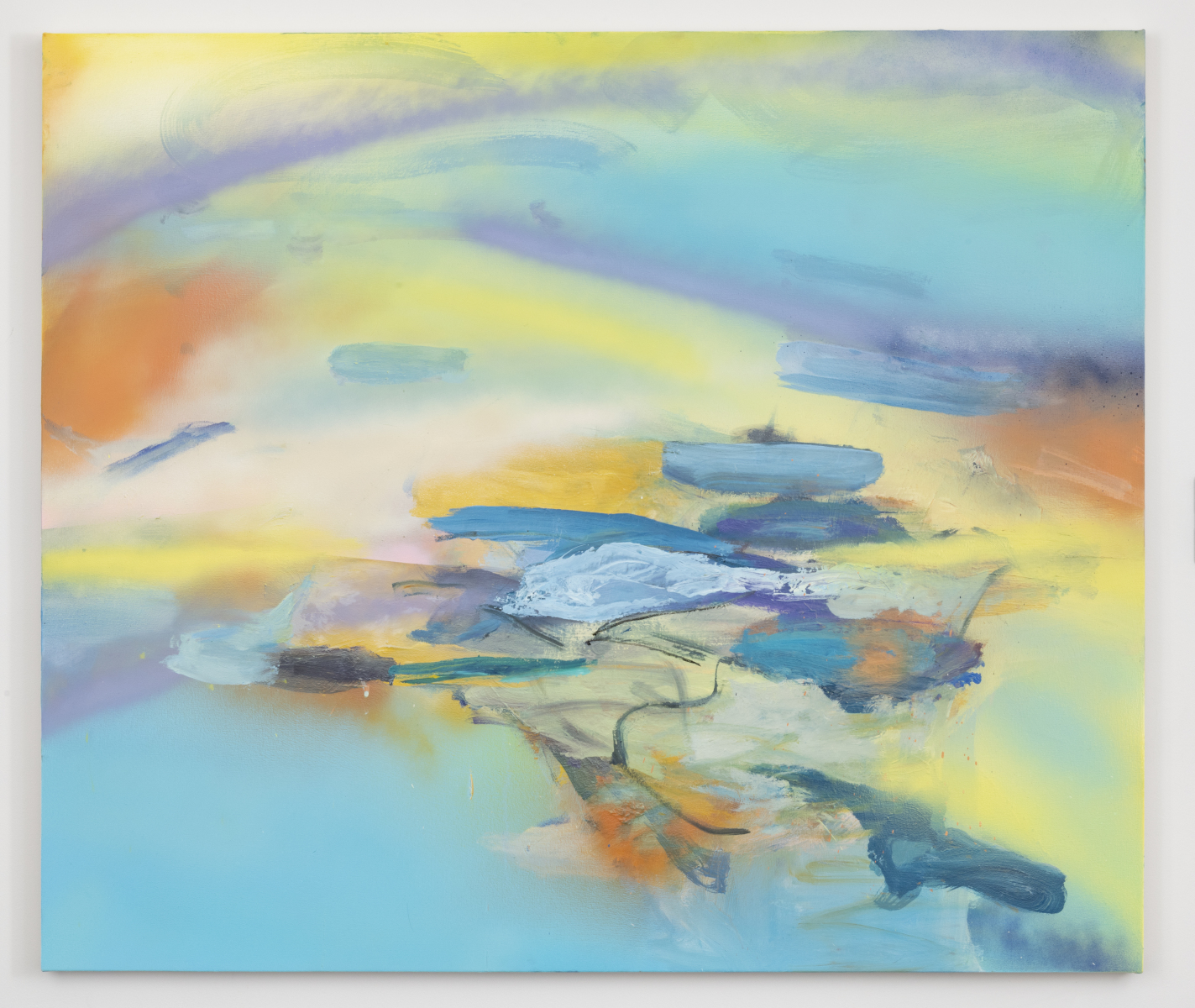 Lives and works in New-York, USA.

Wallace Whitney’s work is marked by activated gestures, a considered palette and an ambitious use of scale to make paintings seemingly breathe. Building complex formal rhythms with dripped and spattered paint, Whitney’s canvases blend thick, organic brushstrokes with layered fields of color to assemble compositions that revel in the space between accident and intention. His practice exploits the generative possibilities of experimentation, incorporating unorthodox compositional strategies and unexpected methods of applying paint, in order to make motley grounds of tangled shapes that coalesce into precarious equilibrium.

Variously loose, dense, and deeply layered, Whitney’s paintings indulge in the process and materiality of painting. Whitney is known to work on many large canvases at the same time, in a way that leaves each of his paintings open to the influence of neighboring works. Such a process can account for certain compositional similarities between canvases produced at similar times, but stops short of providing a structural framework for developing compositions. Instead, Whitney broadens each painting along the lines of its own, proprietary logic, as he responds to the incremental changes of the work’s internal structure. Taken together, Whitney’s paintings synthesize diverse elements of felt daily life and various abstract painting languages to create complex compositions that embodies his own vision.

A native of Massachusetts, Wallace Whitney lives and works in the Bronx district of New York.

In his studio, the artist surrounds himself with pictures painted together but not in unison. Thus, while the paintings maintain a dialogue, they are neither developed in series nor completed jointly. Wallace Whitney thus skirts the trials of the white canvas, and the paintings in progress provide stimuli for new pictorial research. The dialogue can continue.

His abstract and expressionist paintings are very dense. In each painting, a network of interventions forms a complex field in which dramatic pictorial events unfold. The skimming of planes, lines and touches reveal a process of elaboration by stratification. The applications of oil paints, and of spray paint initially, overlap and echo each other. Each brush stroke is an objection made to the previous one to maintain a pictorial tension and to add paint to the scene. But these repeated gestures are not impulsive: between each intervention, the artist observes, questions, allows to dry. Thus, the pictorial reactions are delayed and thought out; they work together, respond to each other and resist dynamically, without empathy. Wallace Whitney does not produce preparatory studies, but beyond the absence of premeditation, it is the periods of meditated thinking that lead to dazzling pictorial decisions. The gestures expressed by the brushes of different sizes reflect these instant actions. It is no blind automatism, nor gestural posturing that controls this highly orchestrated painting because the artist composes with the singularity of the format, like a territory to be invaded (Territory is the title of a painting of 2000). The artist aspires synchronously to embrace the extent of the surface of each canvas: "You can't just fix a little corner, you have to fix the whole painting", he says.

At first glance chaotic, the paintings are organized over a long period. According to Wallace Whitney, his paintings are never actually completed. The broad or narrow brushstrokes are also evident in flexible calligraphic lines with variations of intensity. The rhythmic, almost graphic punctuations organically ride over the vertical and horizontal lines of composition but the lattice-structure never fails to be disturbed by the chaotic deviations. If he claims to be influenced by the leading exponents of American abstract expressionism, Franz Kline and Willem de Kooning, the thick or translucent biomorphic tangles repeated on the canvas, might also evoke the lyrical abstraction of Camille Bryen and the Informal art of 1950s Europe.

Sophisticated, Wallace Whitney's colourful palette is playful and particularly bright. Subtle chromatic complementarities are arranged and provoke bold dissonances. His skilfully composed improvisations betray a slight mannerism. Far from obvious, Wallace Whitney's pictures are not suited to being seen synoptically because their dense and winding lattice deviates and directs the observer's gaze.

Free from any referential posturing, the artist paints "after" but not demonstratively "in the manner of". Freely, his investigations in painting suggest neither a declaration of thought nor an inner dictation. After painting landscapes on the motive, Wallace Whitney empirically depicts the setting of his environment: urban energy, the digital stream, elements, light, sensations... Air, 2009, Watery Web, 2011, Early hours, 2012, Dirty Weather, 2012, Flashlight, 2012, Alphabet City, 2013, Green Honey, 2014, Open source, 2014, Sweet grass, 2014, Green spark, 2014, Pond, 2014, Summer sand, 2015…