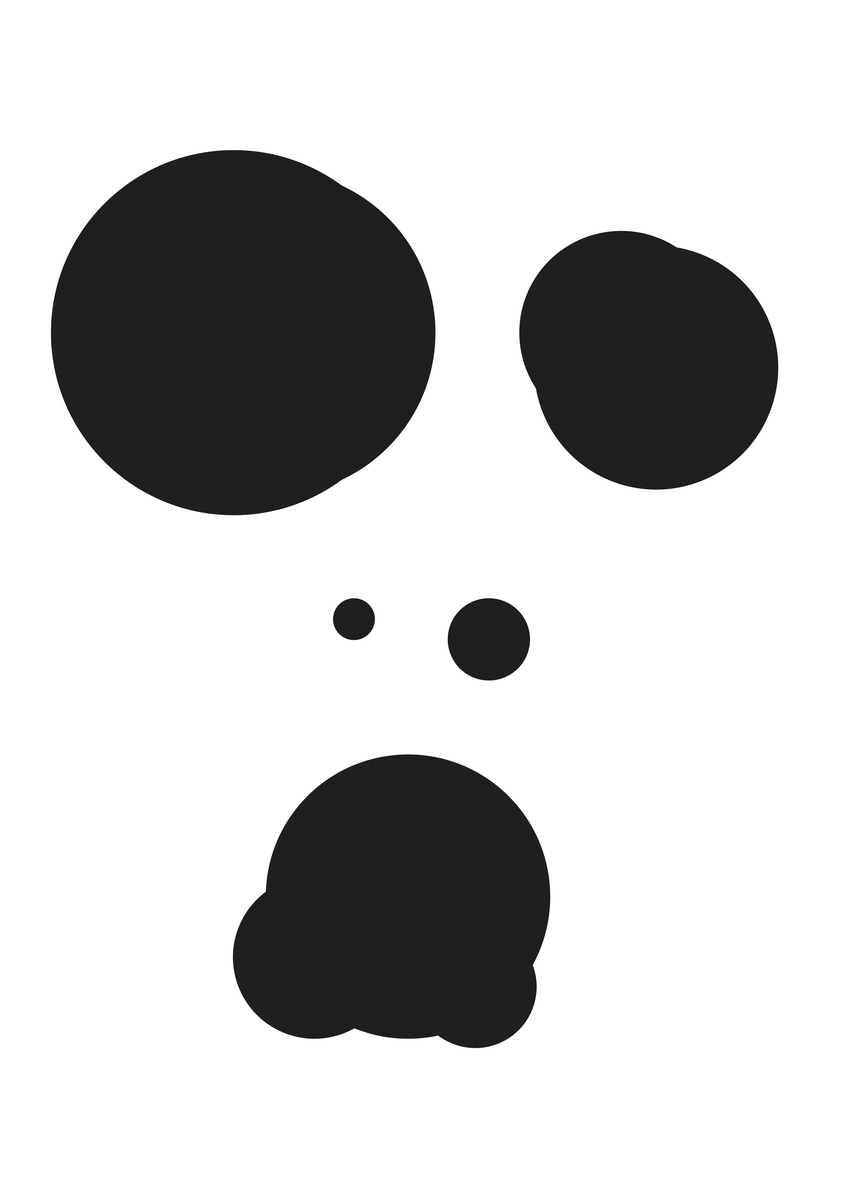 
The show, Mitja Tušek’s fourth with the gallery, will offer a first glimpse into a new series entitled ‘Circle Paintings’, in which black circles (always nine of them) of varying size floating on a background of interference paint sometimes fuse into one another and always suggest, in their combination, a figure that never quite materializes. Those familiar with Tušek’s work will immediately recognize formal similarities and shared concerns between the works in this new series and in the ‘Text Paintings’. In the latter, the artist folds the canvas over to create a mirroring effect, and the mirrored word produces a Rorschach stain that wavers somewhere between the legible, the purely abstract and the strangely figurative, though, here too, we can never quite settle on what figure they adumbrate.

Both series use interference paint, which varies in colour and shading in relation to our position and to the light, and lends movement to the work. The attention to movement and the attempts to bring it into painting without falling into the gimmicky has been a running thread of Tušek’s work. He first drew the attention of the art world with his wax paintings, shown at Documenta IX. Some of these are figurative, but the layer upon layer of pigment and wax lend to a ghostly quality to the figurative elements, which, under certain conditions, seem almost to disappear. Others are first experienced as impenetrably shallow monochromes reflecting nothing other than our own shadow; but then, suddenly, a change of light or viewing position can open up a deep well, as if the inscrutable mirror had dissolved to reveal its liquid depth, or forms we could not have imagined there but a second before, or simply the traces of the waxing knife. In an earlier series, the artist uses lead for his support, thus essentially exposing the compositional elements and colours to the oxidation the medium is susceptible to: over time the colours lose their lustre and the forms merge into the support, surviving as little more than a memory.

A distinguishing, and admirable, quality in the work of this Swiss/Slovenian painter living in Brussels is that it raises these questions without ever seeming pedantic or moralizing. Tušek’s work is a rare thing these days: if it can be incredibly self-aware without dissolving into naval gazing and reducing its context to a set of easy truisms, it is precisely because its self-awareness is born from an eye – playful, sardonic, tongue-in-cheek – aware of the gaze of the other and always attuned the mysteries just beyond the frame.