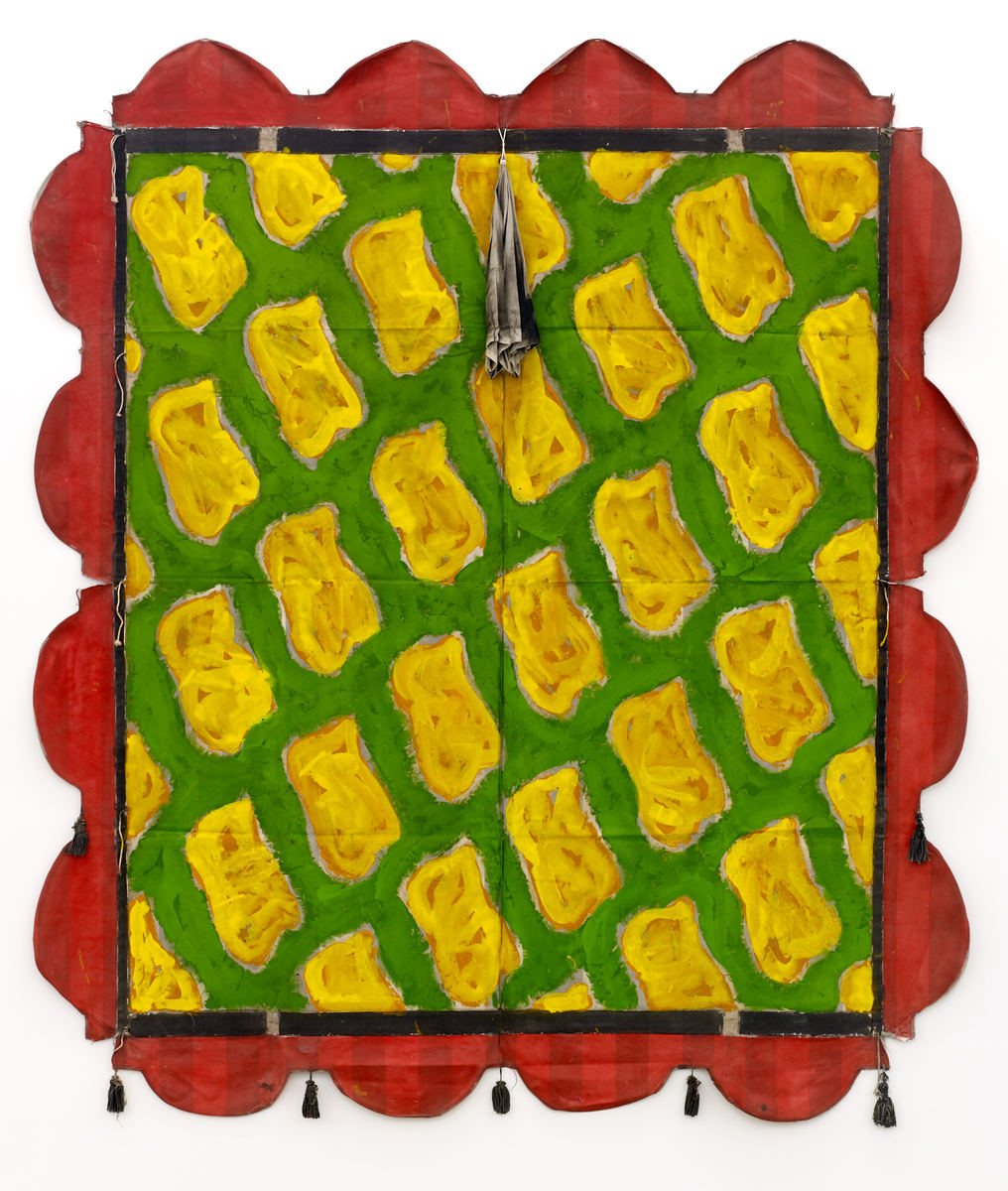 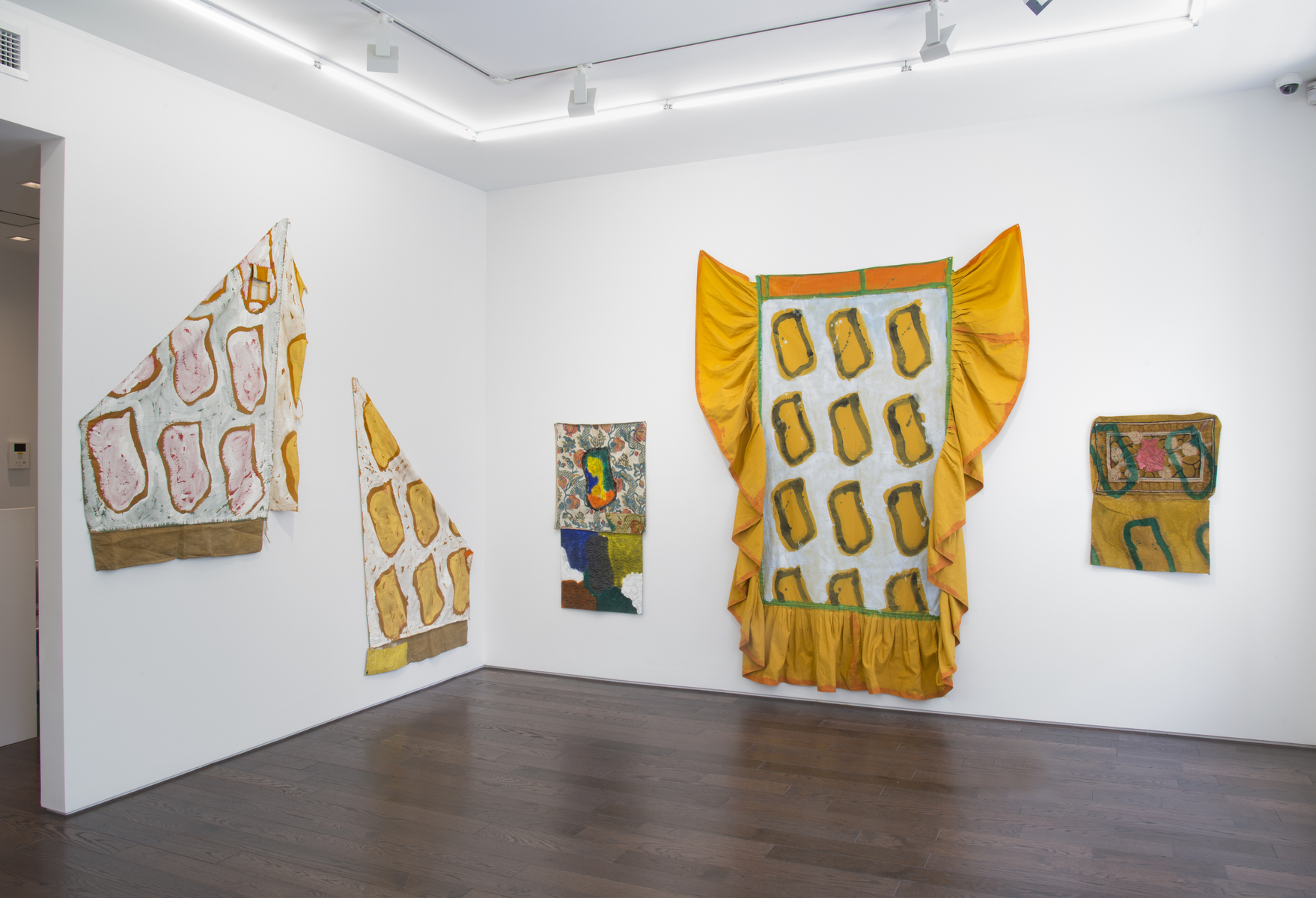 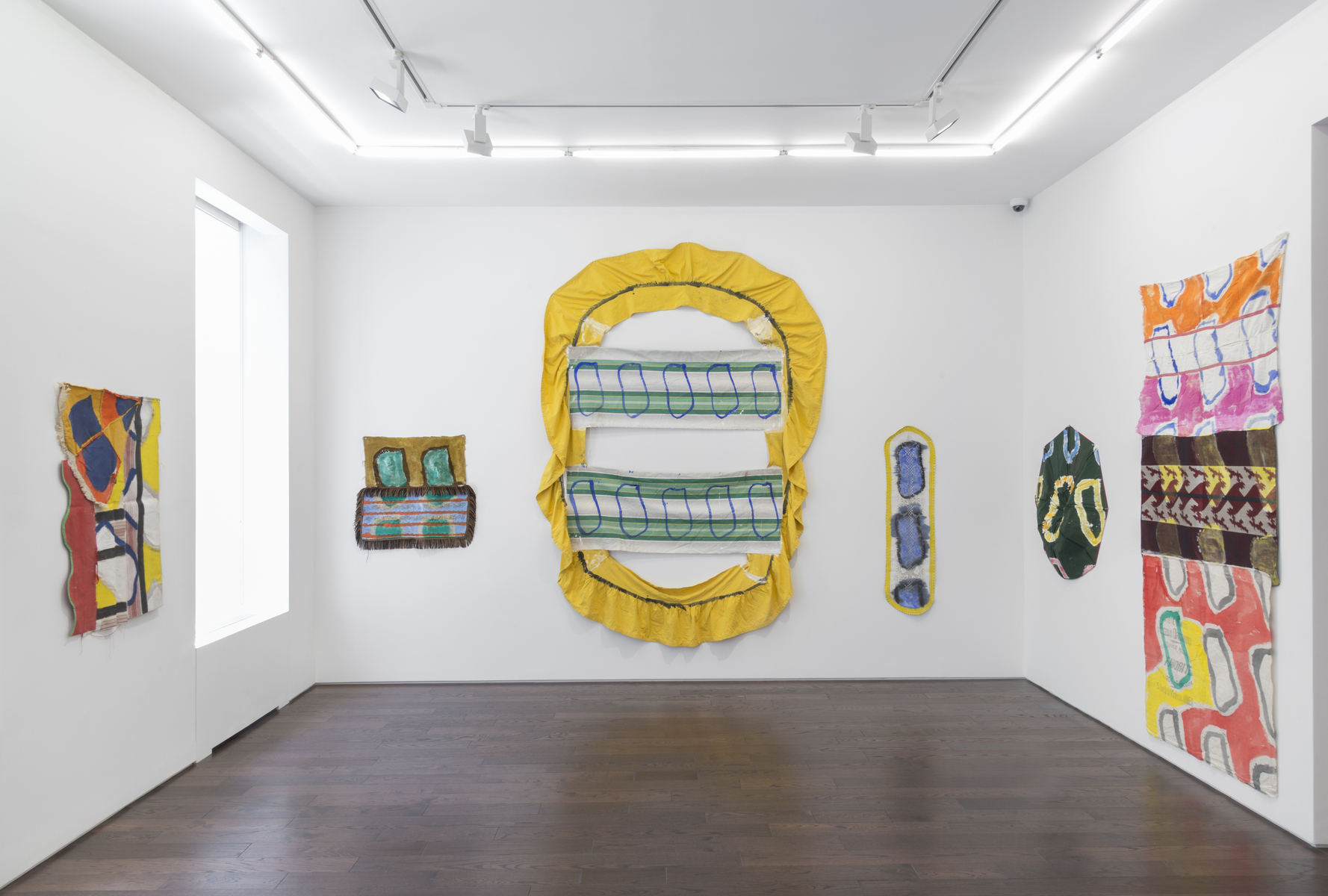 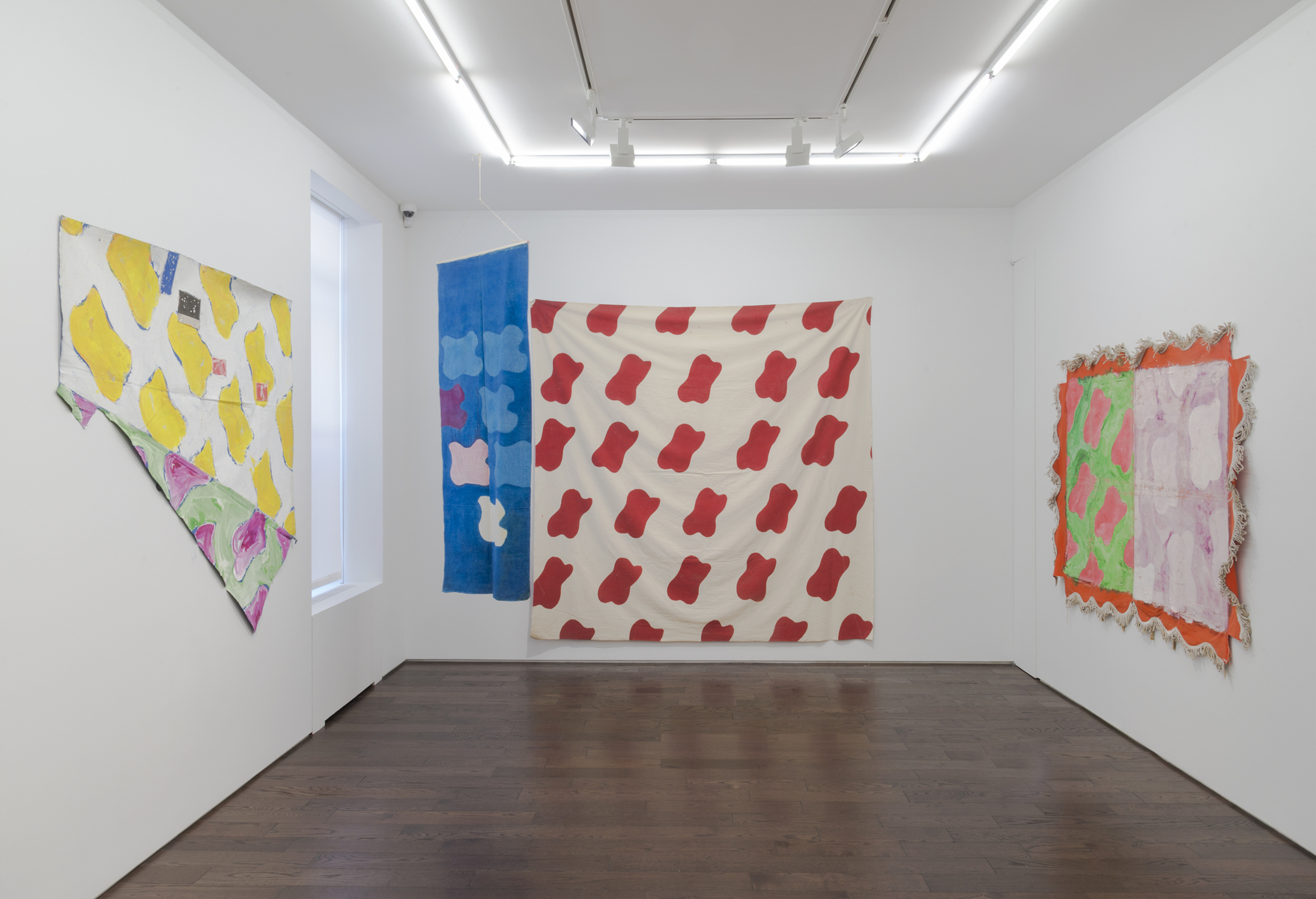 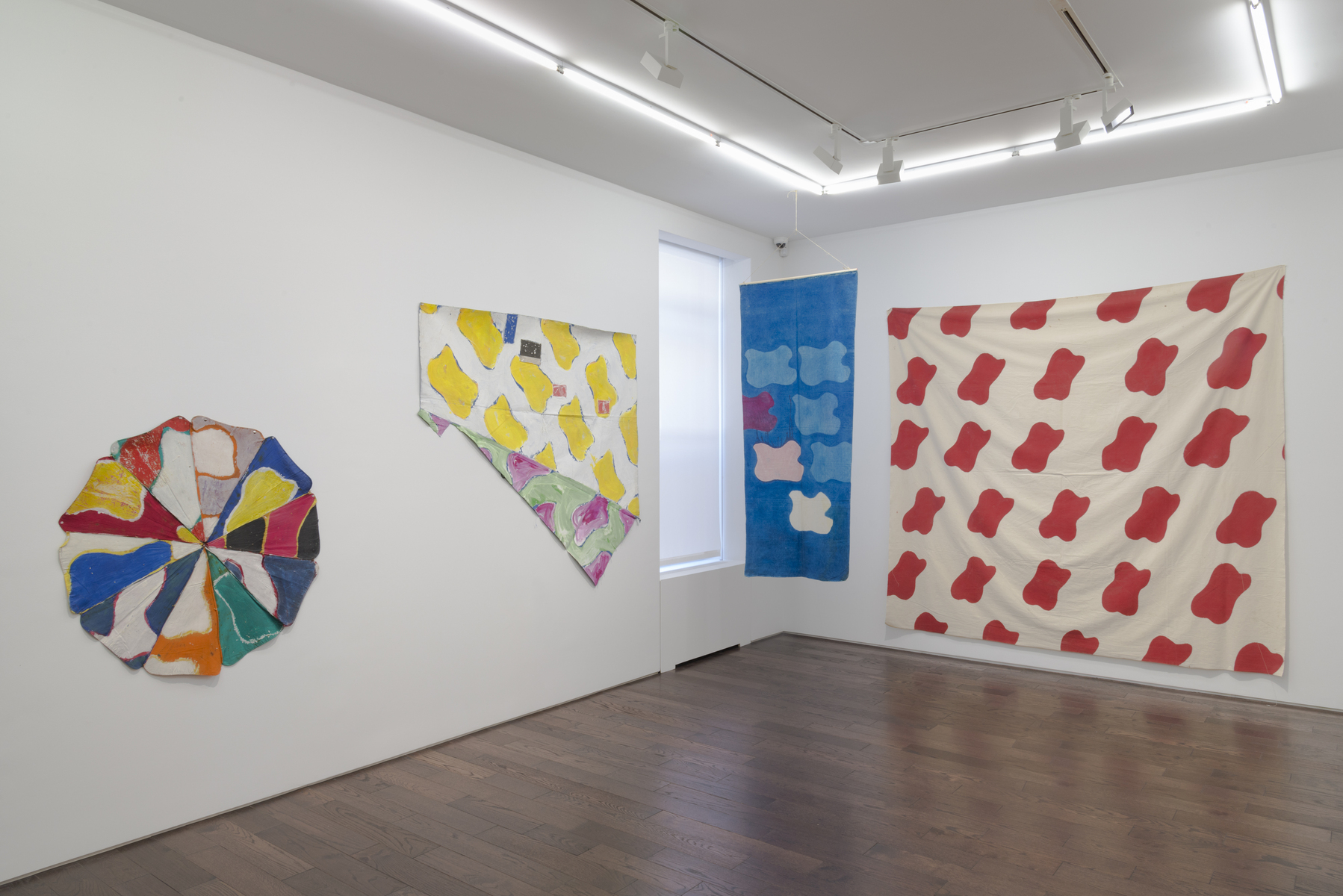 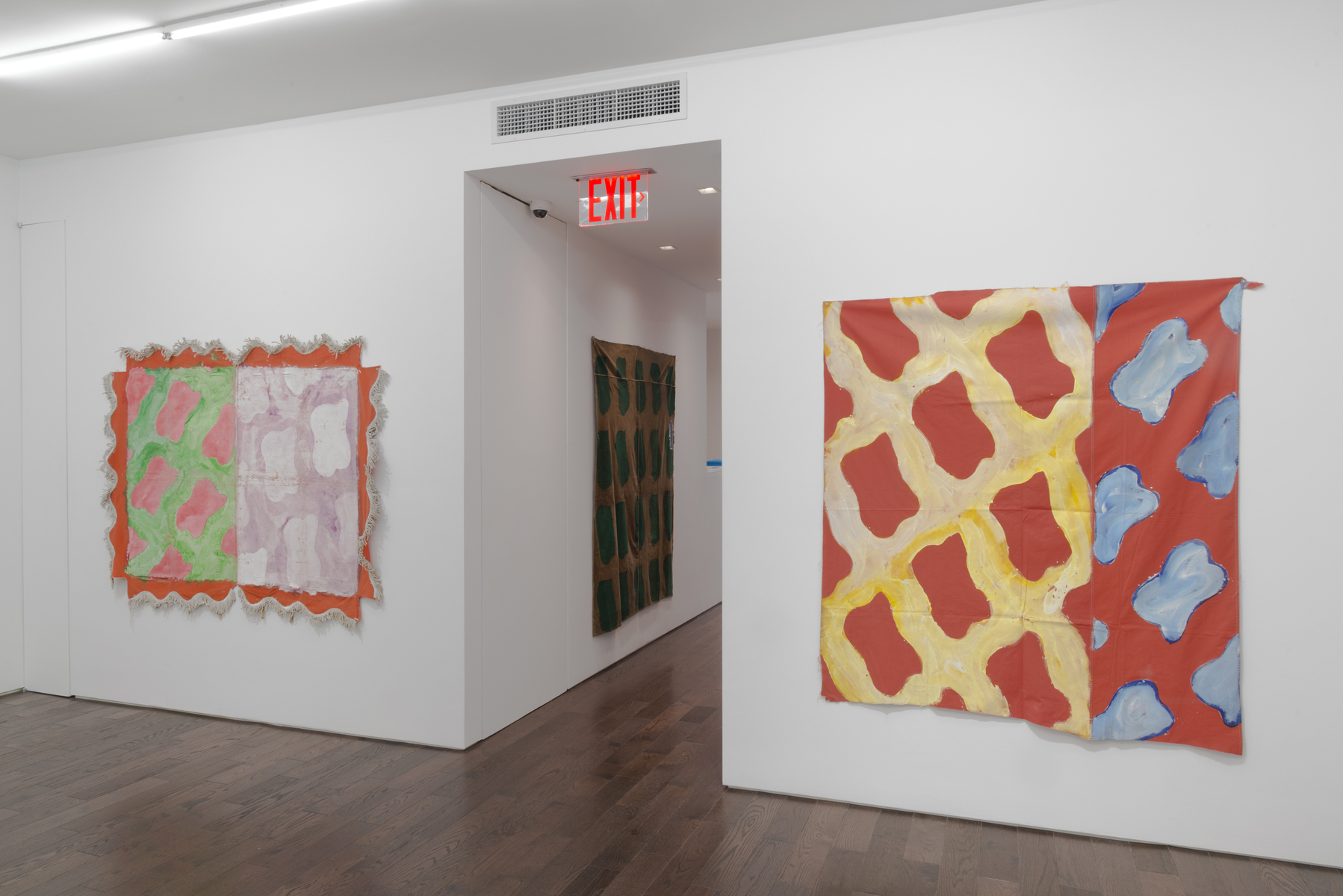 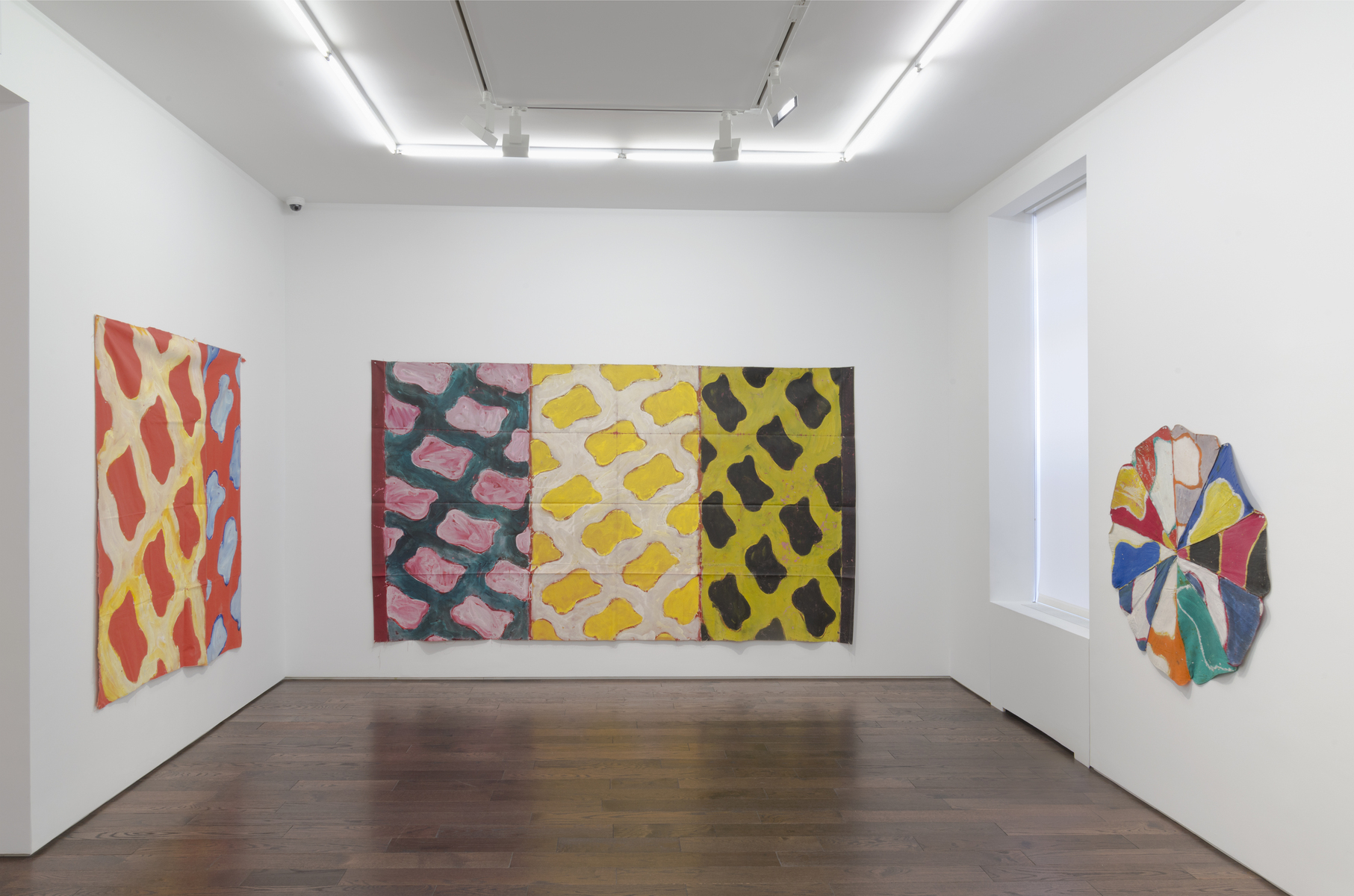 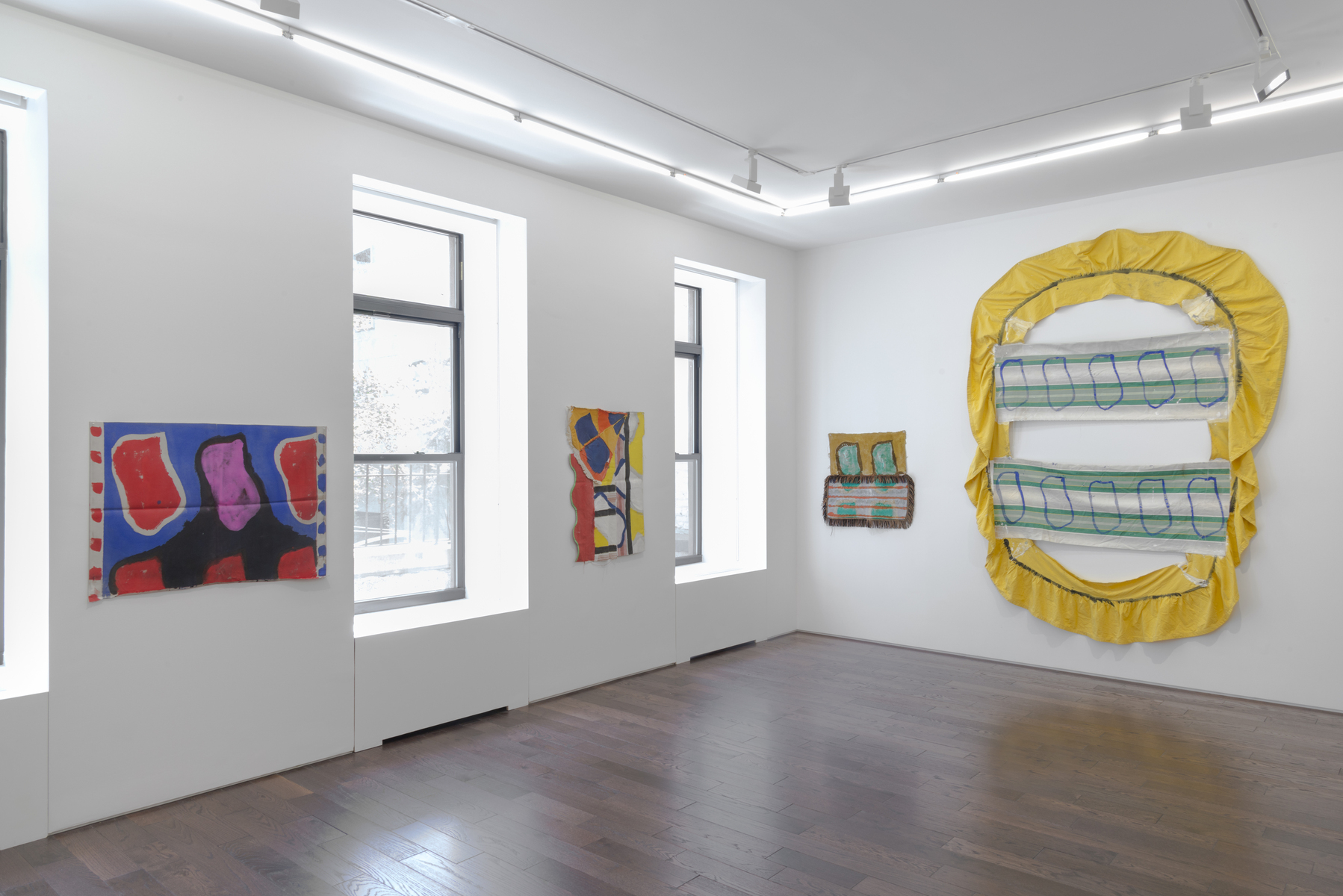 
Claude Viallat's signature mark, resembling and representing nothing in particular, has been ineffable for more than fifty years. Few artists have managed to create such a decisive visual identity.

In 1966, Viallat soaked a sponge in paint and pressed it systematically on an unstretched canvas. Unloosing the canvas did away with the constraints of the picture frame, and opened a new pictorial space on which to create images. Regarding this formative period, Viallat explains that "suppressing the stretcher gave me new demonstrative possibilities: showing the canvas attached to two points, one point, folded, in a pile...any situation could be imagined."

At the same time, adopting a motif was the key unlocking Viallat's lifelong experimentation with the application of color. This formal fidelity has provided Viallat with ballast in his wildest chromatic passages, allowing him to create color combinations so bold, hues so queer, tints so subtle that the only comparison that comes to mind is Matisse. It should be no surprise that the Pierre Matisse Gallery was the first American space to exhibit Viallat, in 1976.

Eventually, sponges gave way to stencils and the pictorial support was no longer restricted to white sheets and raw canvas. Viallat expanded his practice to any textile that came to hand: rug, handkerchief, parasol, dishrag, antimacassar, tent, curtain, parachute, flag. These variegated surfaces did not lend themselves to continuing his exploration of figure-ground relations or rhythmic patterns. Instead, the recycled fabrics stimulated Viallat to adjust his technique - without forsaking his distinctive mark - so as to delve into their material nature. Holes, scars, patches or discolorations testify to the previous status of these bits of cloth as useful objects. The risk of finding poetry in these remnants is great, and like the raseteurs (Provençal bull runners) he admires, Viallat avoids such dangerous sentimentality thanks to his skill and years of training. His inquiry is formal, logical, determined. And yet his pictorial approach is full of luxe, calme et volupté. Ineffable for more than fifty years.