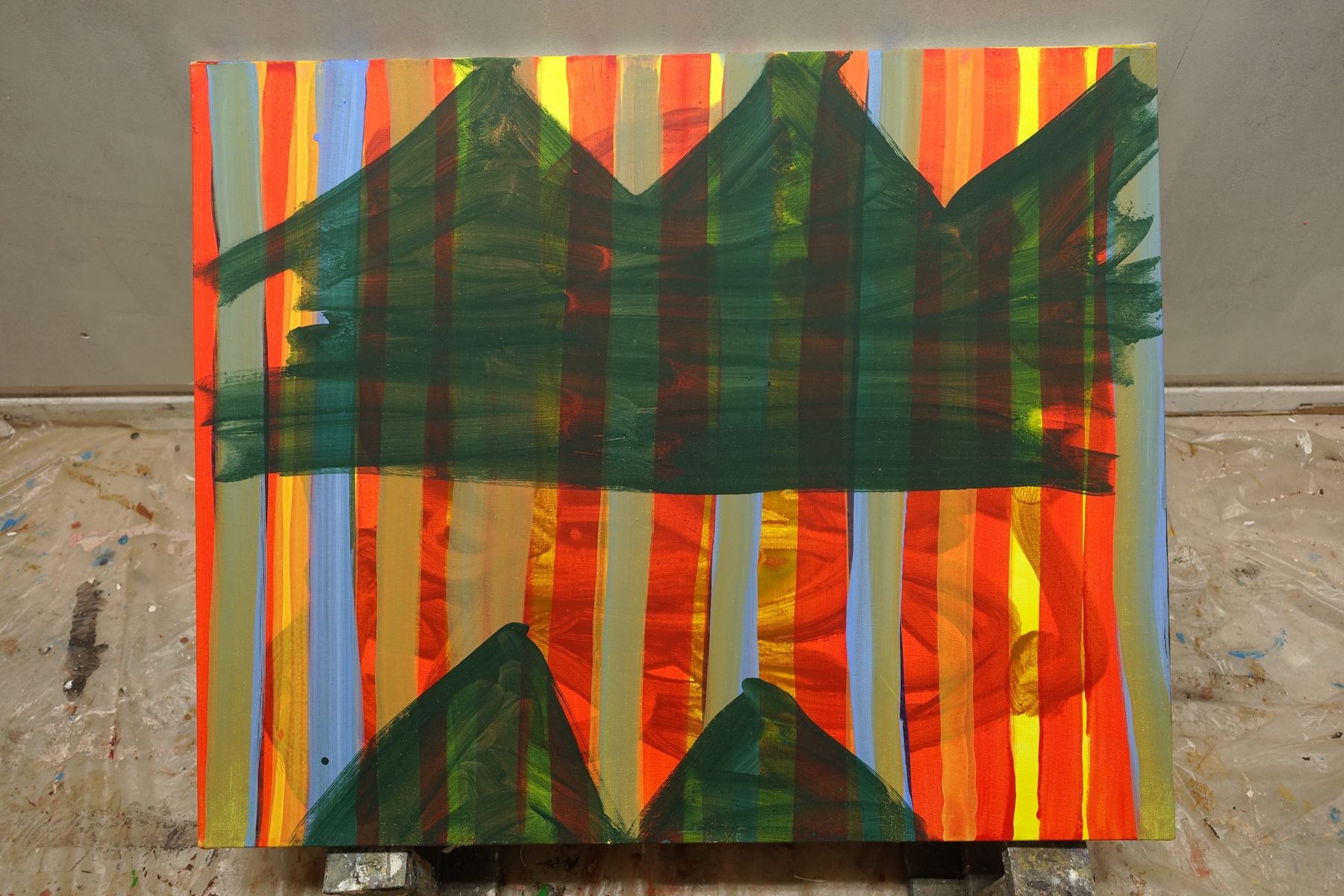 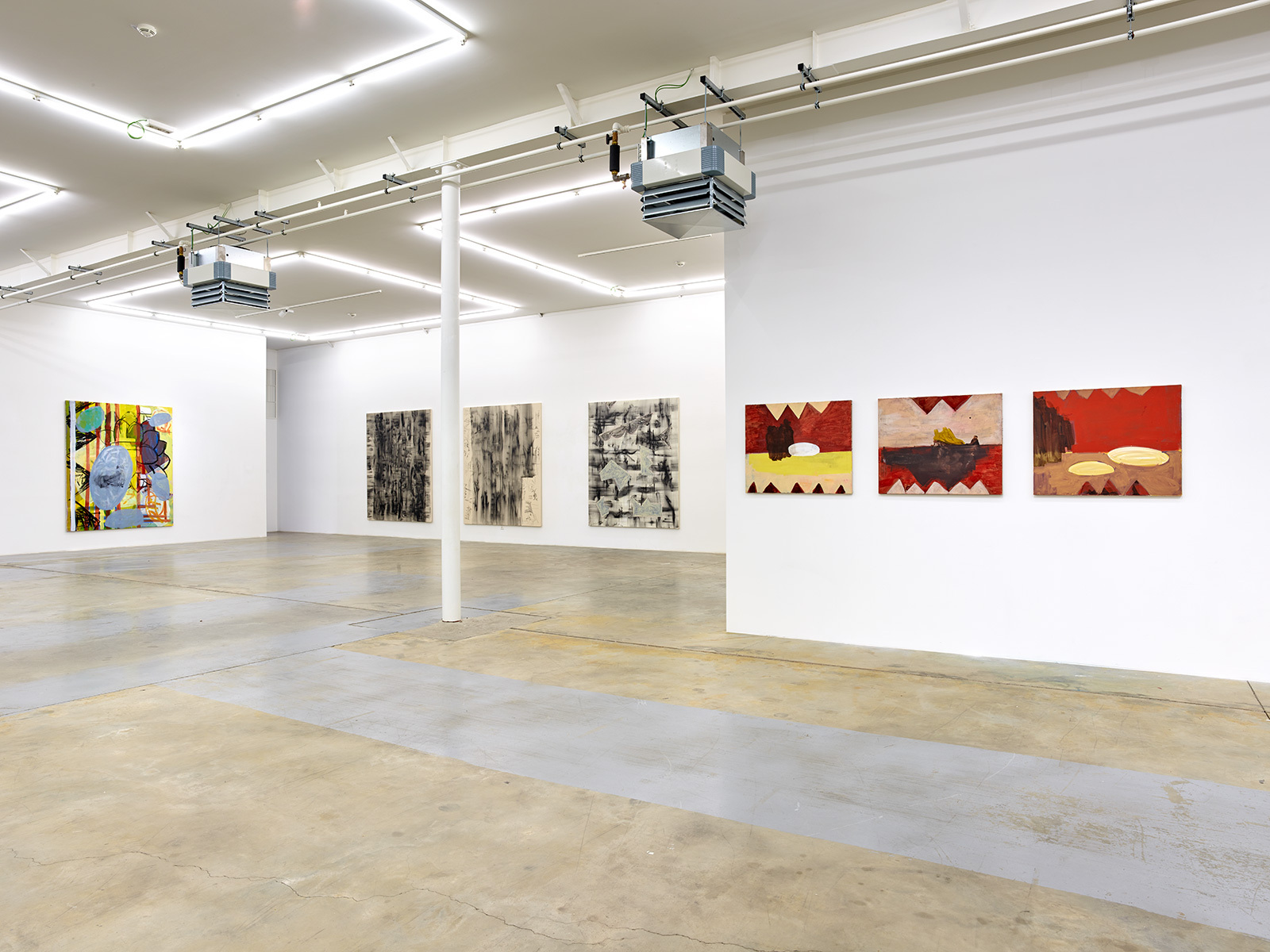 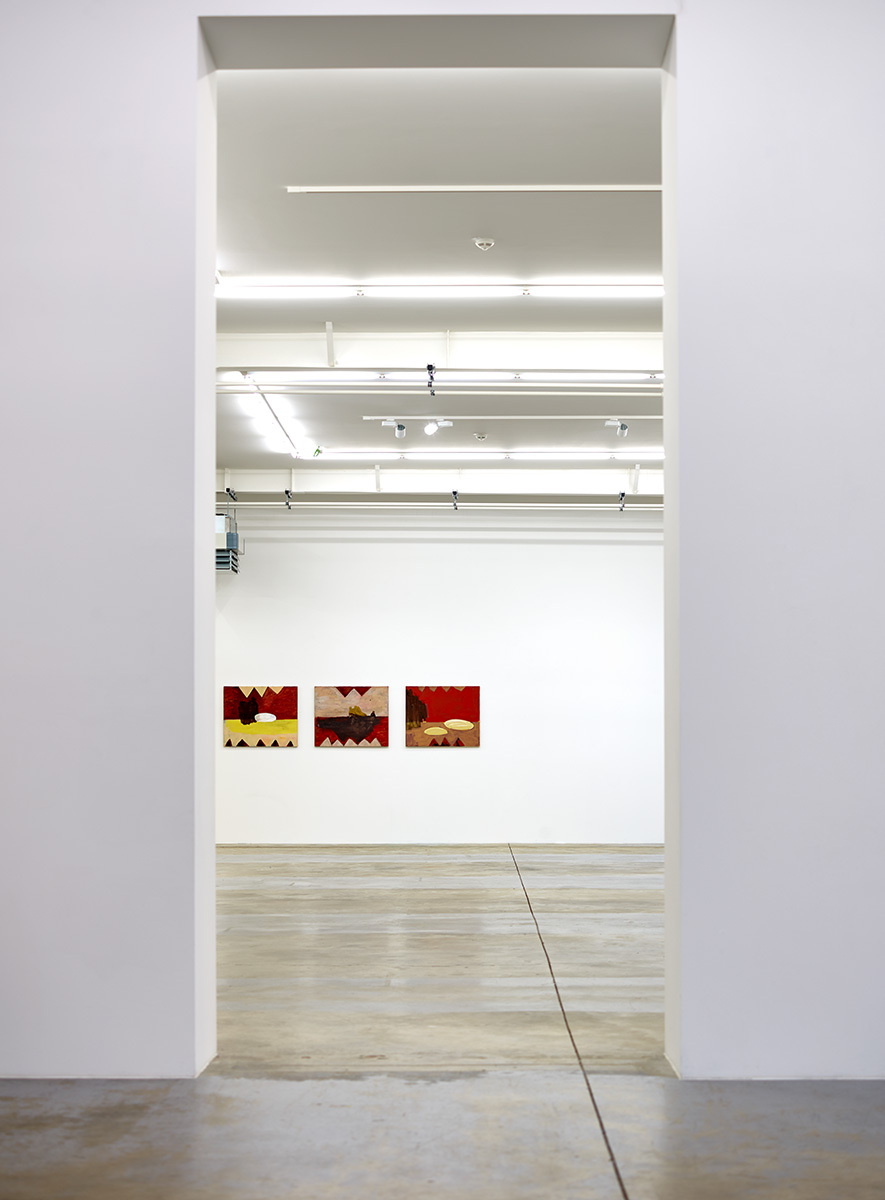 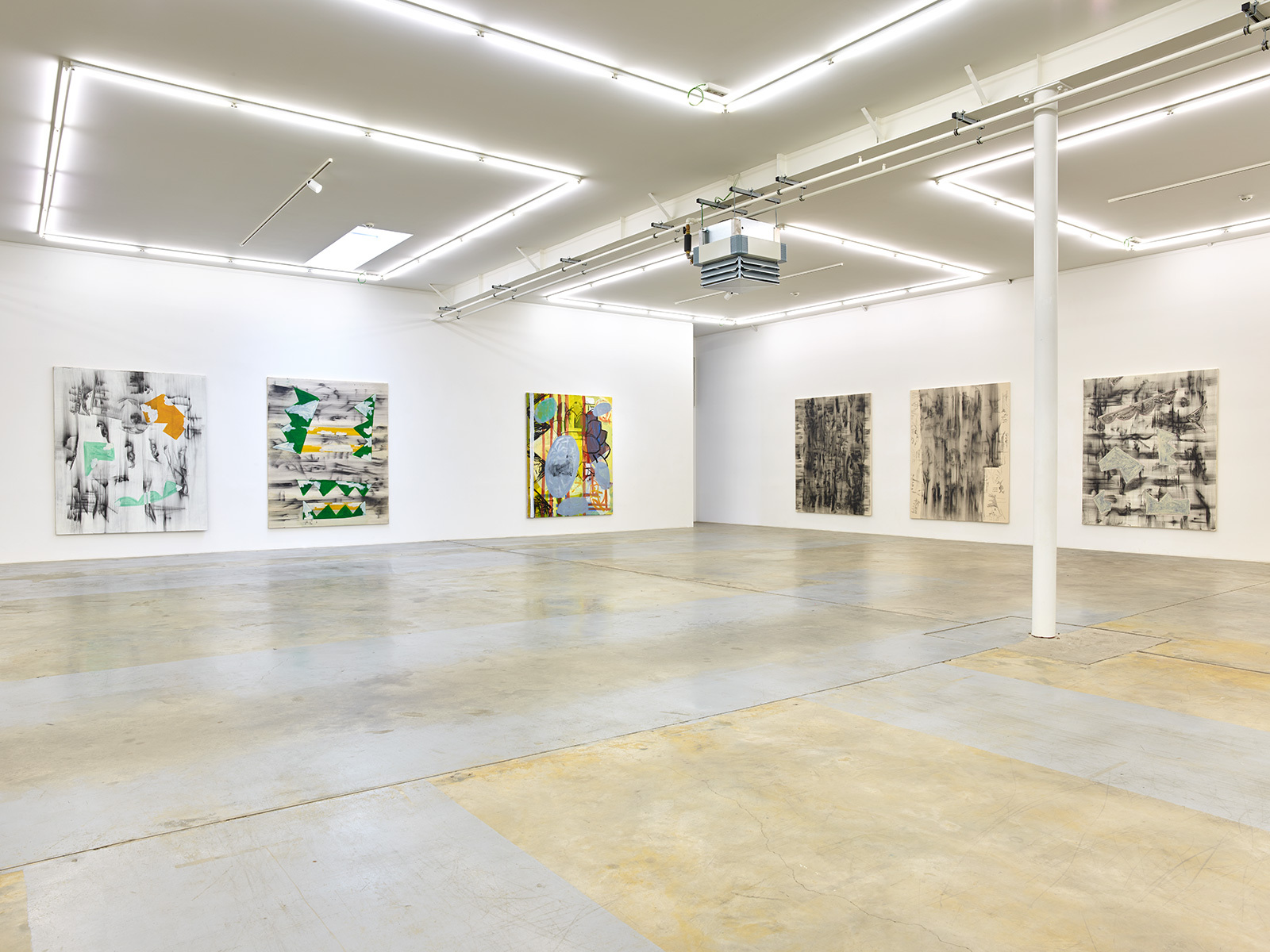 
The common origin of Denis Castellas’s paintings exhibited by Ceysson & Bénètière in Wandhaff might be a reference to landscape and the spirit of landscape, the idea of wander and ballad as metaphors of life (in 2013, Ceysson & Bénétière exhibited a set of paintings around the original cover of W. Wordsworth’s Lyrical Ballads in Geneva).
Either the painting reads as a landscape (“mountain/river” in Chinese”). Or the landscape (a piece by Rembrandt for some, Whistler for others), become unreadable, provides the graphic framework of a dialogue with the vacillating color (dark energy, planets and even stars).
The idea of landscape that has prevailed in the artist’s work over the last years (although it blends with the more abstract notion of space) was tackled in the 80s in a different form than painting.
Back then, it took the shape of objects (from various pieces of furniture) made out of axe blows and strokes of saw, and completed with fragments of pictures and traces of coat.
However, the artist shows no intention to relate to any landscape painting tradition whatsoever.
The historic or logical link reveals itself only afterwards: most often, Denis Castellas’s works result from a succession of random accidents in his practice. Thus, “Walden” landscapes exist only because of an upside down canvas on which the triangular motif only worked as the decorative element for another topic. When putting canvases upside down, motifs disappear and images reveal themselves. Exterior or inner landscape: it does not matter, and neither does the measuring scale.
In that regard, Castellas likes to tell the story of this golf player who, although he only had one easy stroke to win a major round, missed it.
This is how he -more or less- explained it: “There were of course the very short distance between the hole and my club but mostly there were the almost infinite distance between my right and my left ear”.
English theorist Stephen Hawking recently declared it was time for humanity to think about leaving the earth.
What about painting and landscape then? Well painting remains.