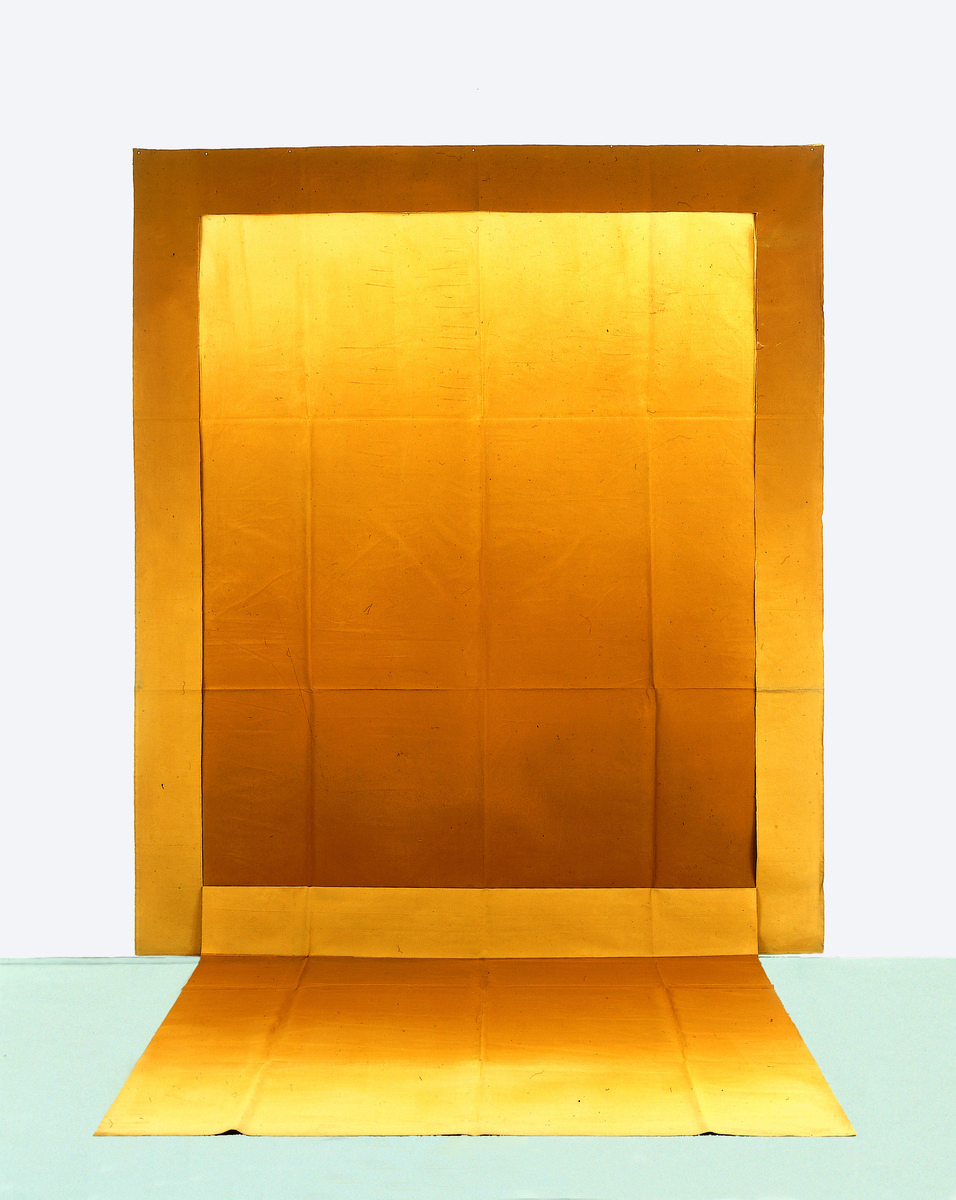 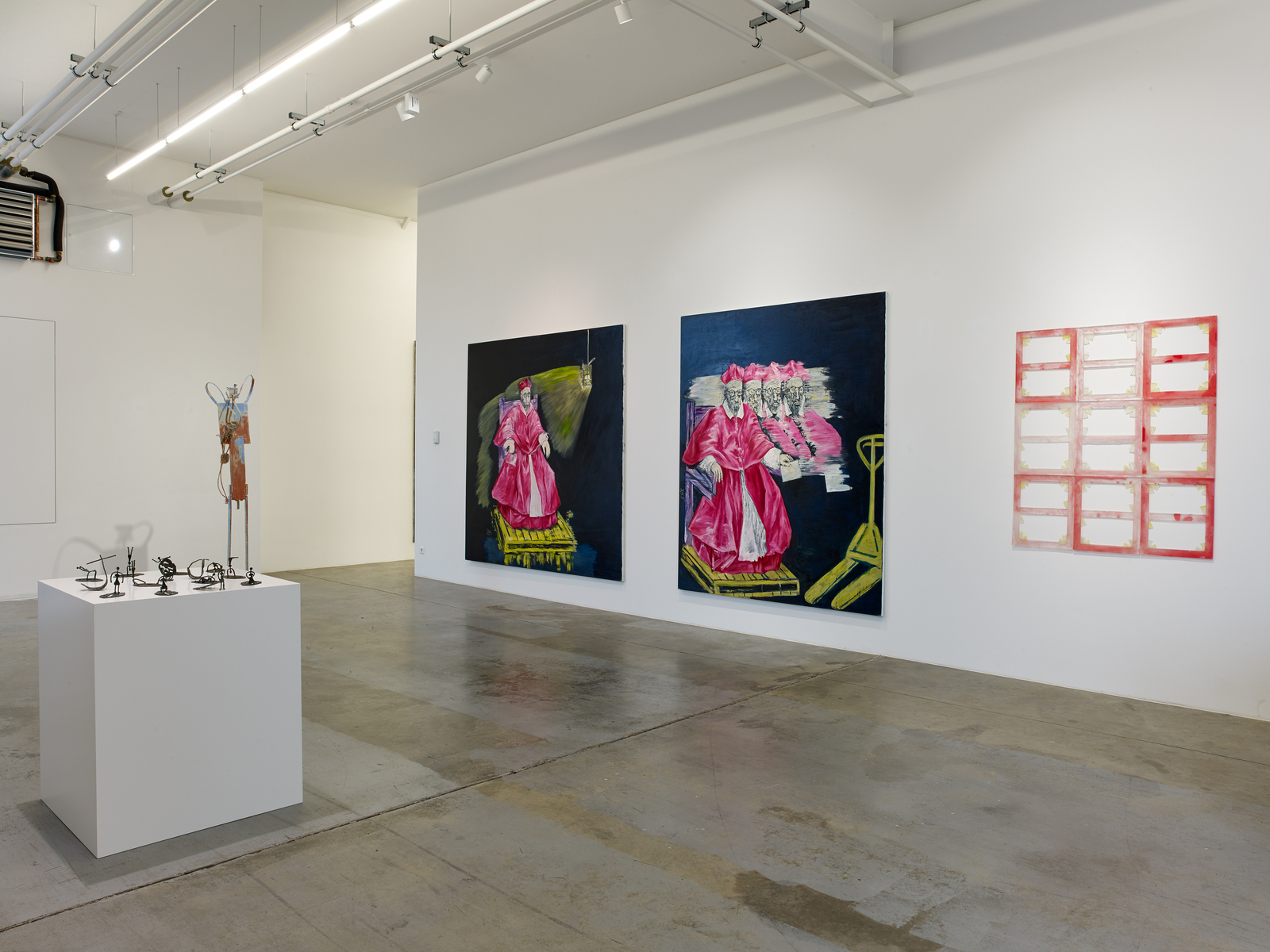 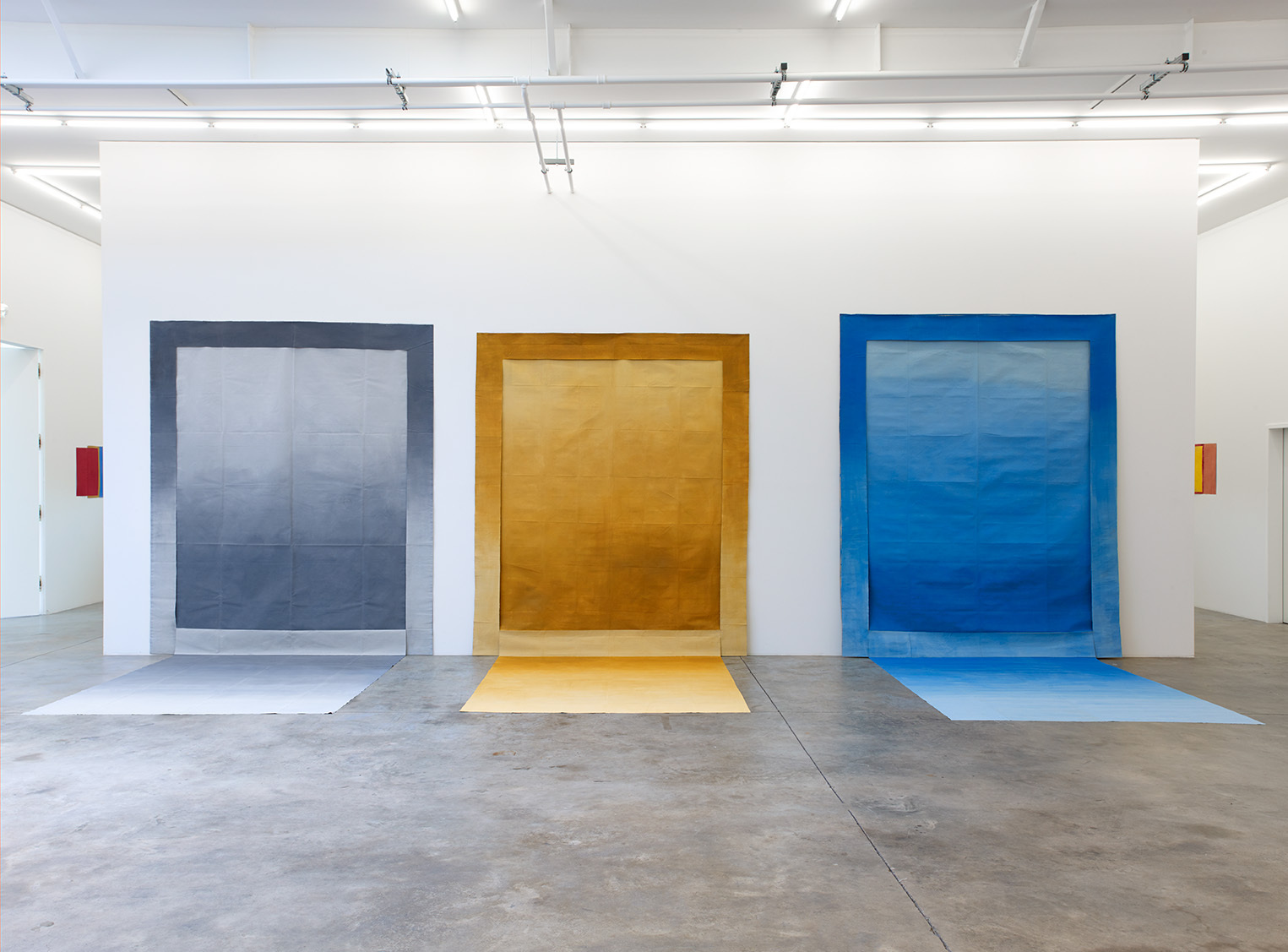 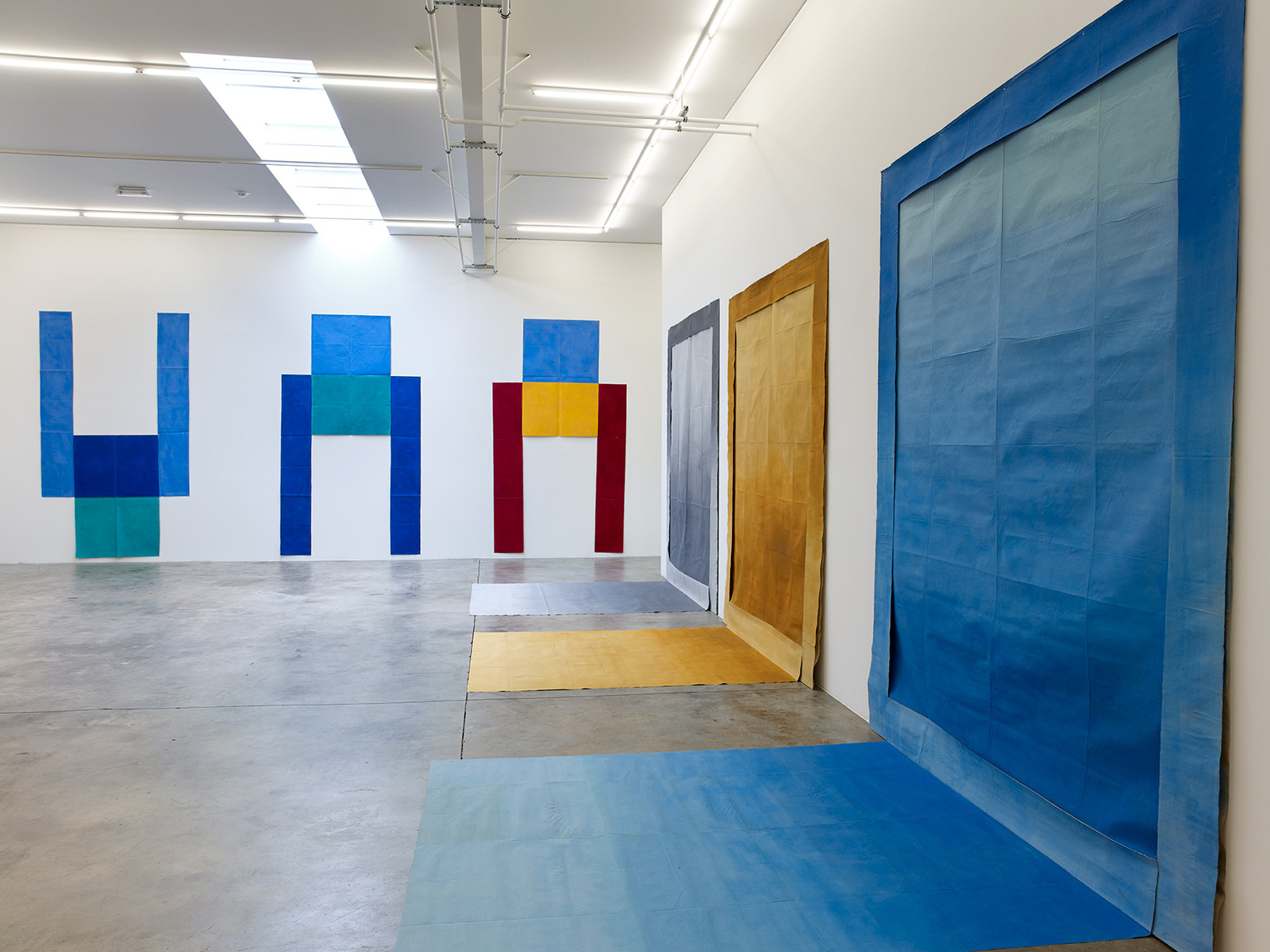 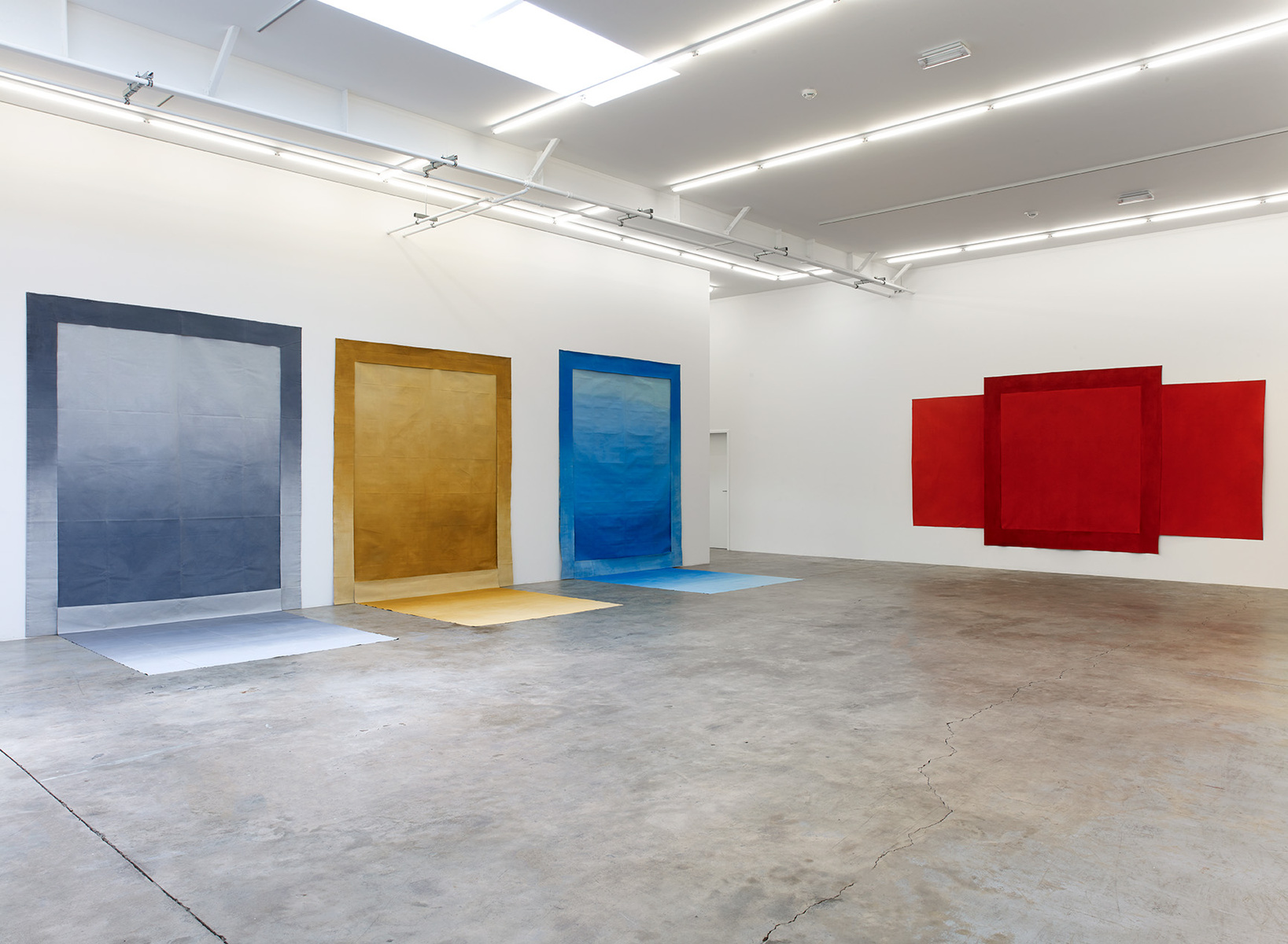 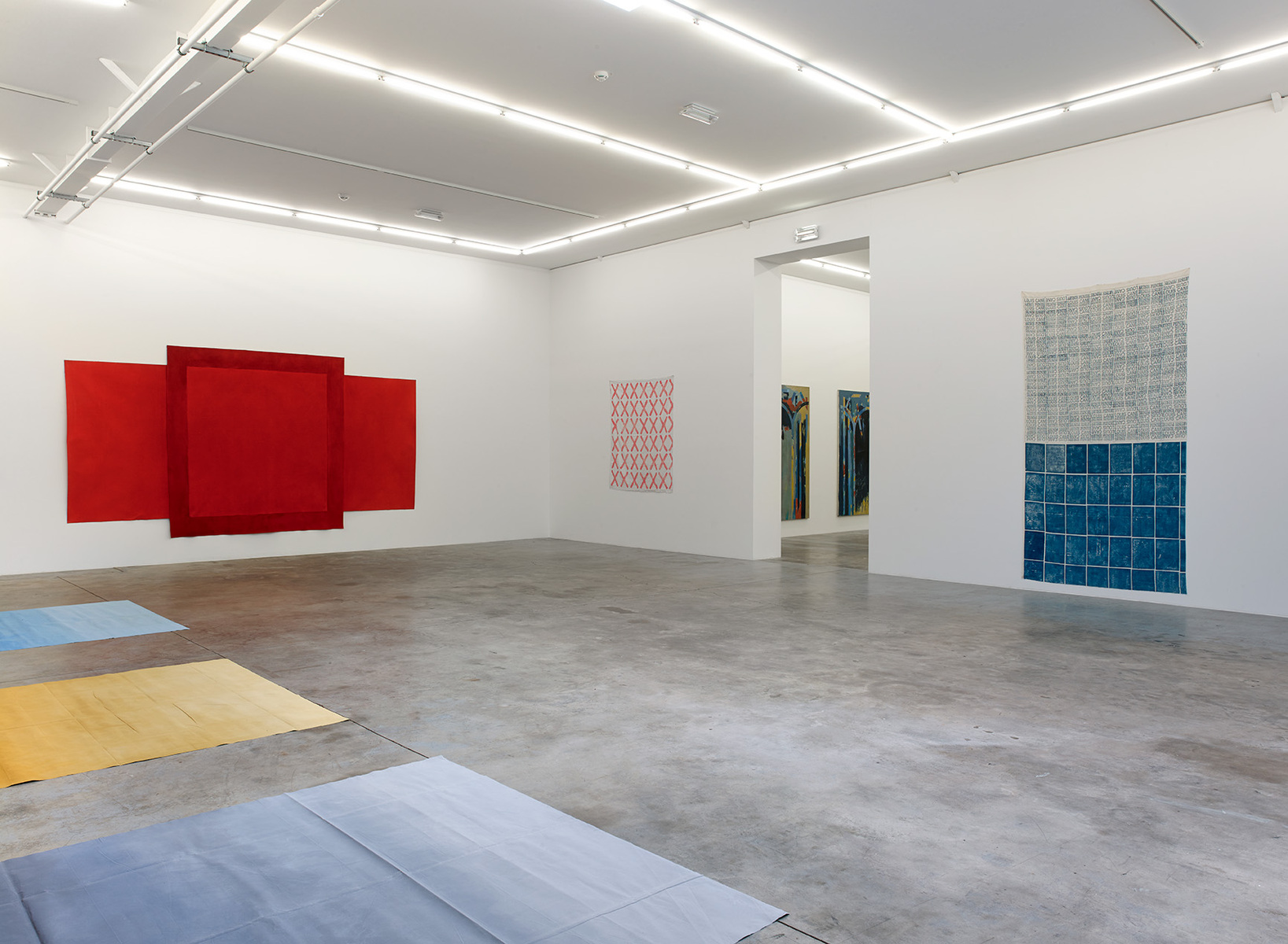 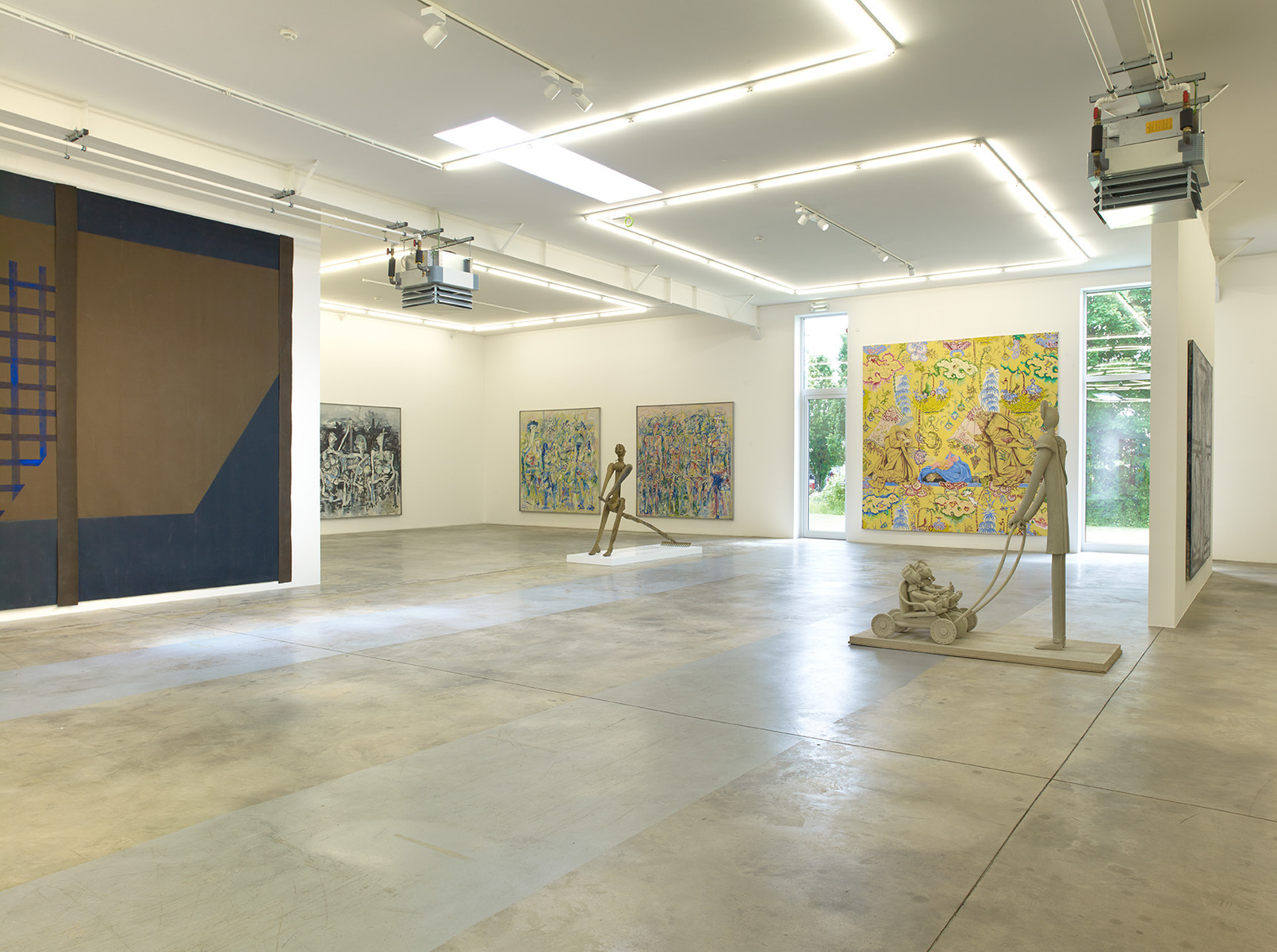 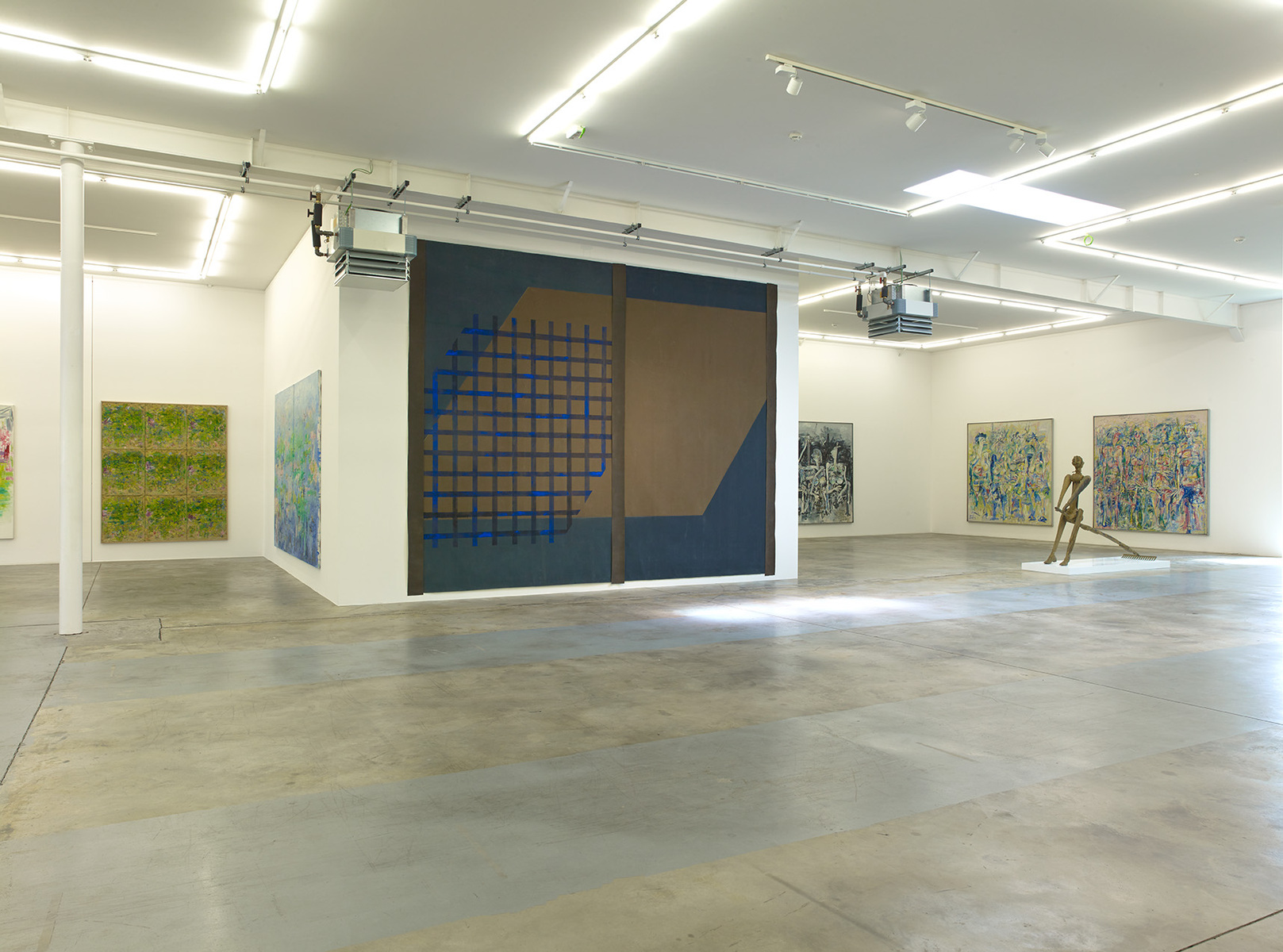 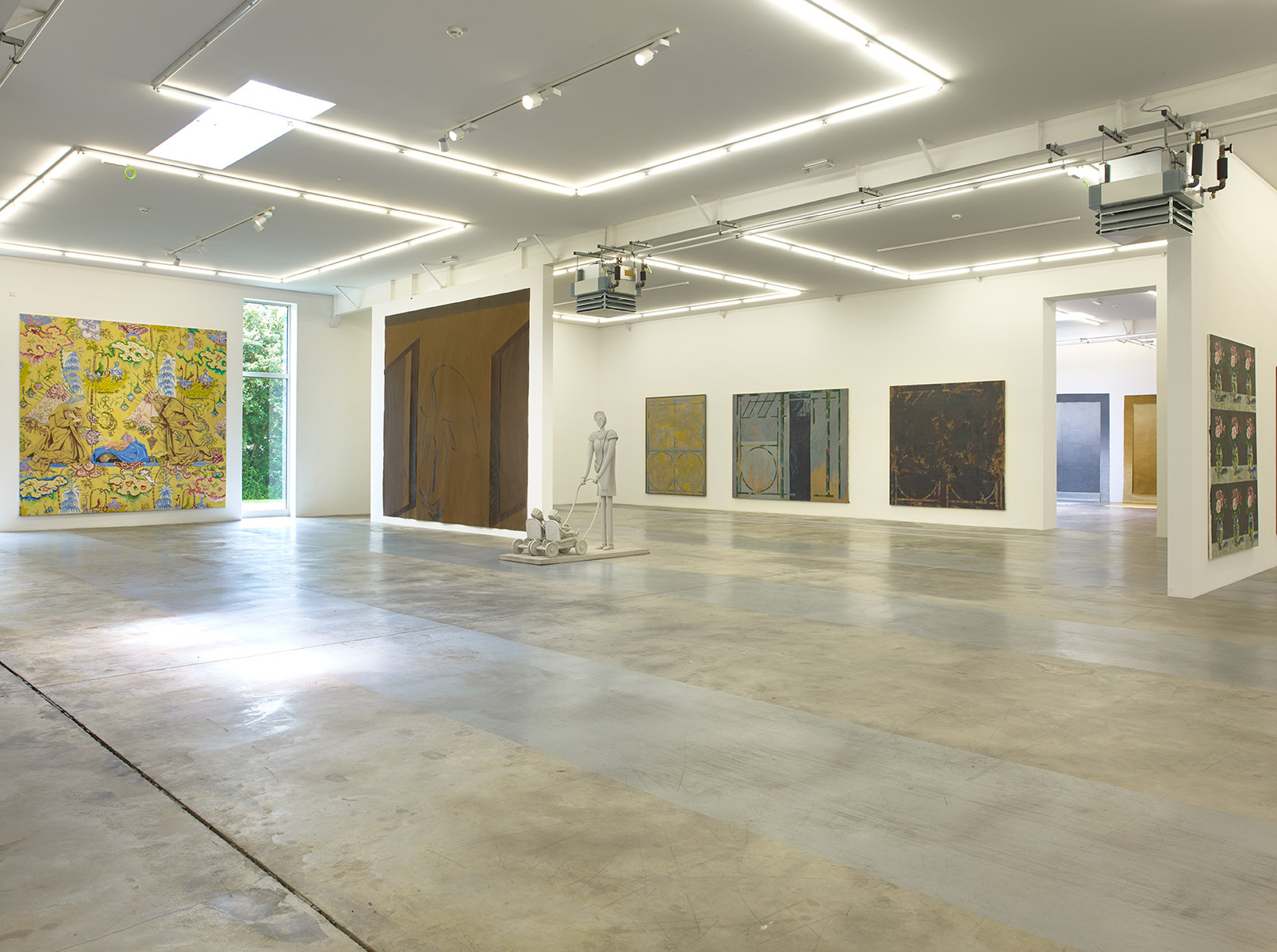 
The Bernard Ceysson Gallery in Wandhaff Luxembourg will display all the premises for a Louis Cane retrospective. These paintings offer irrefutable proof that Cane is repeat offender against art-world etiquette, conventions of avant-garde taste, and cultural fashion.

Since his earliest sheets rubber stamped with only his name in 1966 to his insolently tautological concluding series stamped Louis Cane artiste peintre français in 1988, Cane has managed consistently, with each new series, to astonish new viewers even as he exasperated some of his earlier followers. Such impudence appears evenbolder as one understands the breadth of Cane's accomplishments. At first view, this choice of works might seem quite disparate; but taken as a whole it becomes clear that Cane's eclecticism is not a haphazard endeavor, but a long term engagement in pictorial expression.

The exhibition begins with three stamped canvases of 1966-67 and includes about fifty works.
The Toiles découpées or cut-out paintings are represented by examples from the Supports/Surfaces period such as two Sol/Mur from 1974 interacting with both the floor plane and the wall where Cane investigates the space of non-representation, the cut-out, integrated within the painting. The compositions for the Arches are based on Quattrocento models, while their palette evokes Matisse and Cézanne.
Paintings inspired by masterpieces such as Velasquez Meninas, or the Cardinals of Greco and Francis Bacon are exemplary of Cane's most freewheeling creations, in which it is not clear whether his wit and derision are directed against the painter or his public.
Nor does he hesitate to reinvest Catholic iconography. One senses in Cane’s Nativities, Annunciations and Crucifixions both the expression of defiance against sissy secularism and his contempt for those who don't know their classics.
Although they are very risqué, there is nothing to ogle when Louis Cane paints naked ladies. Whether they are depicted playing doctor or giving birth, the subject surpasses even Picasso's imagination. As for the paintings after motifs, these tread a fine line between parody and imitation as they abuse citation and scramble all interpretation. They aim to condense forms and experiences from the western canon, and incontrovertibly call for a comparison between Cane and his masters. During the 1990s, for example, Cane's water-lilies, Nympheas, allude of course to Monet, but also to all nature painting out of doors, as well as the notion of the decorative in order to reveal the moment when figuration blurs into abstraction.

Never one to stop at a single contradiction, at the same time that Cane was working on these canvases, he was also exhibiting a completely different approach to painting, accentuating his interest in materials, playing with the notions of recto and verso. In his recent resins, he has taken on a new challenge: synesthesia. These works evoke his memory of cones of colored barley sugar contained in glass jars in the shops of his youth. According to Cane, the colors diffuse through the glass and arrive on the tongue where their taste can be felt. It is this sensation from the eye to the tongue that he is seeking to render in the painting.