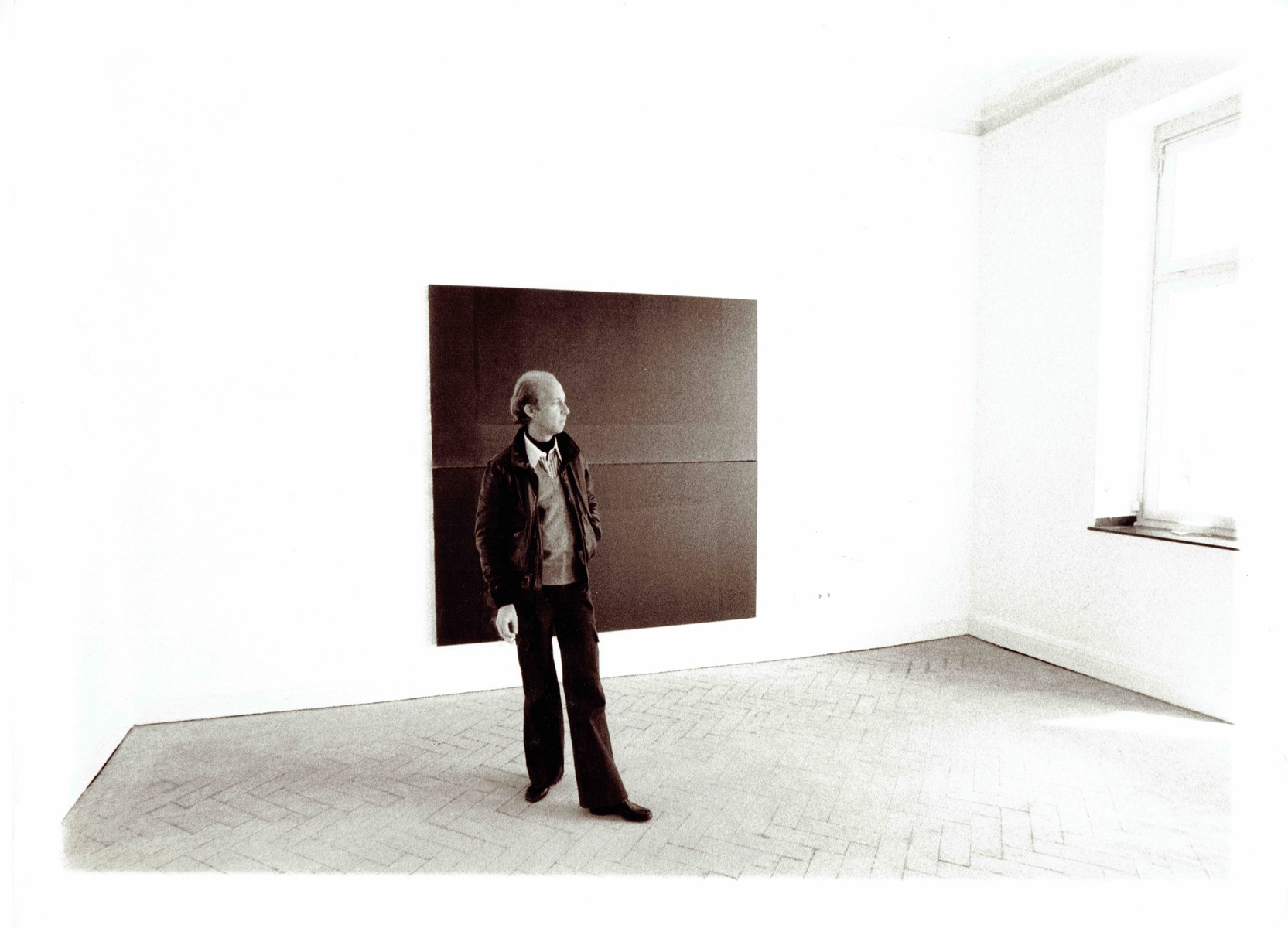 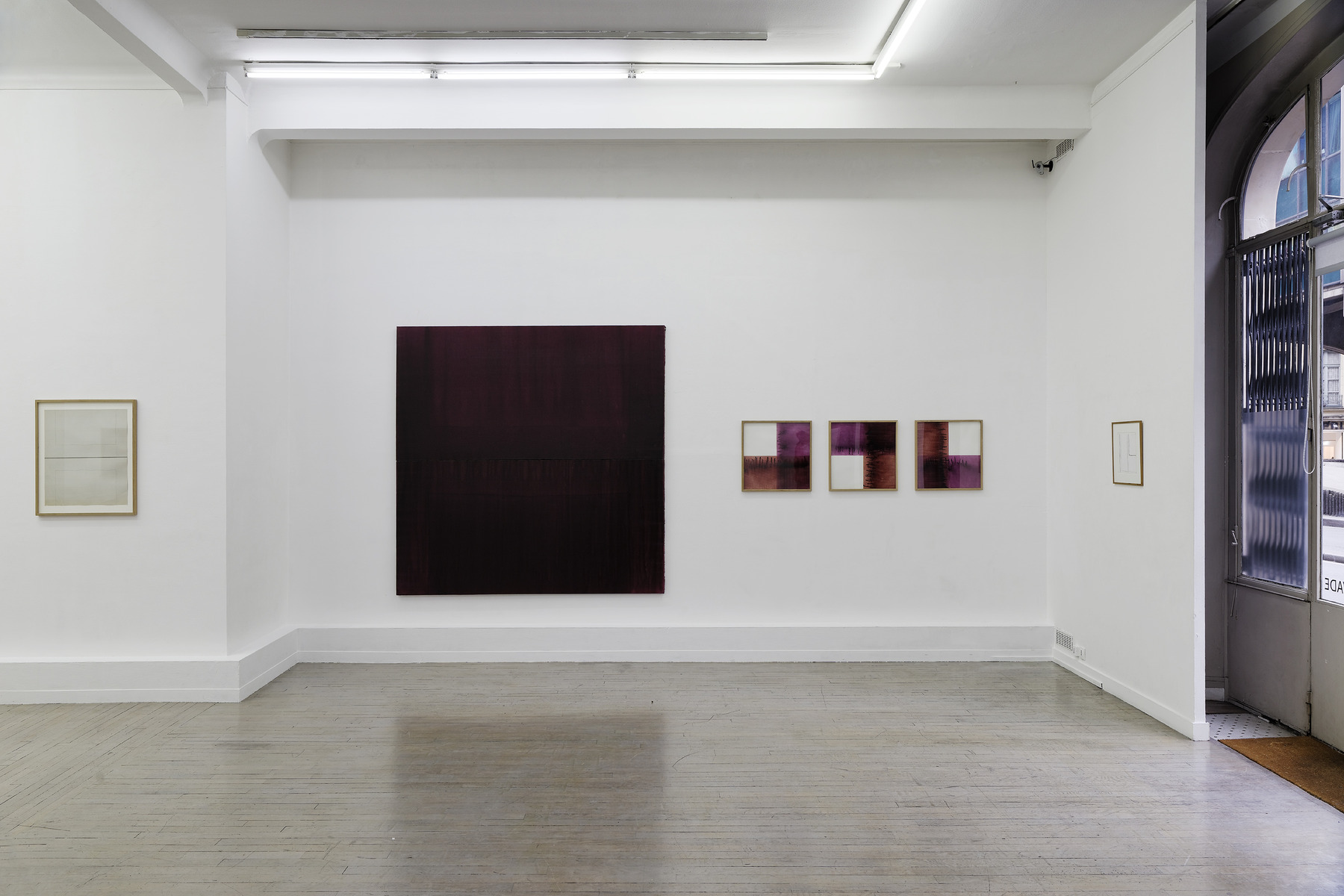 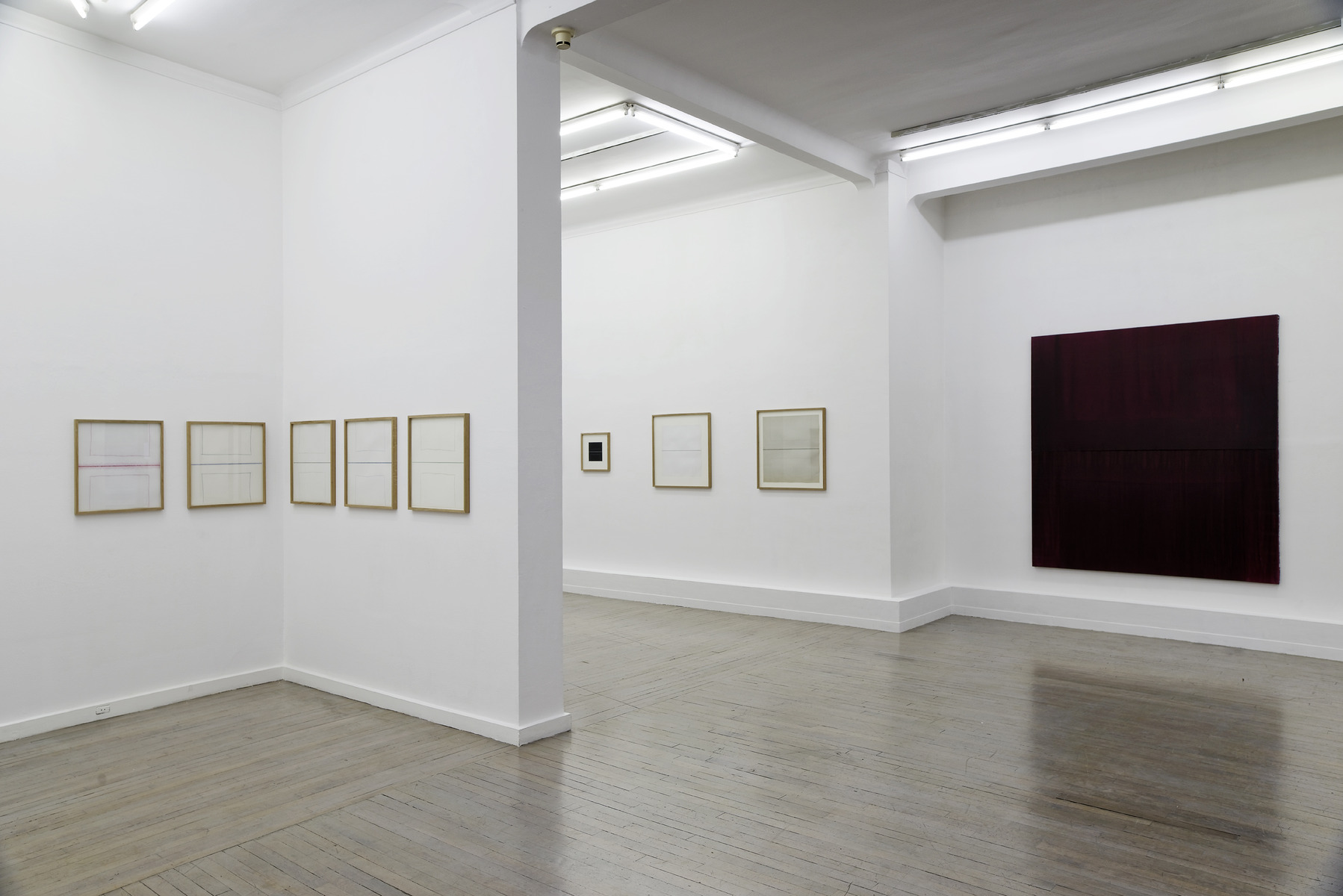 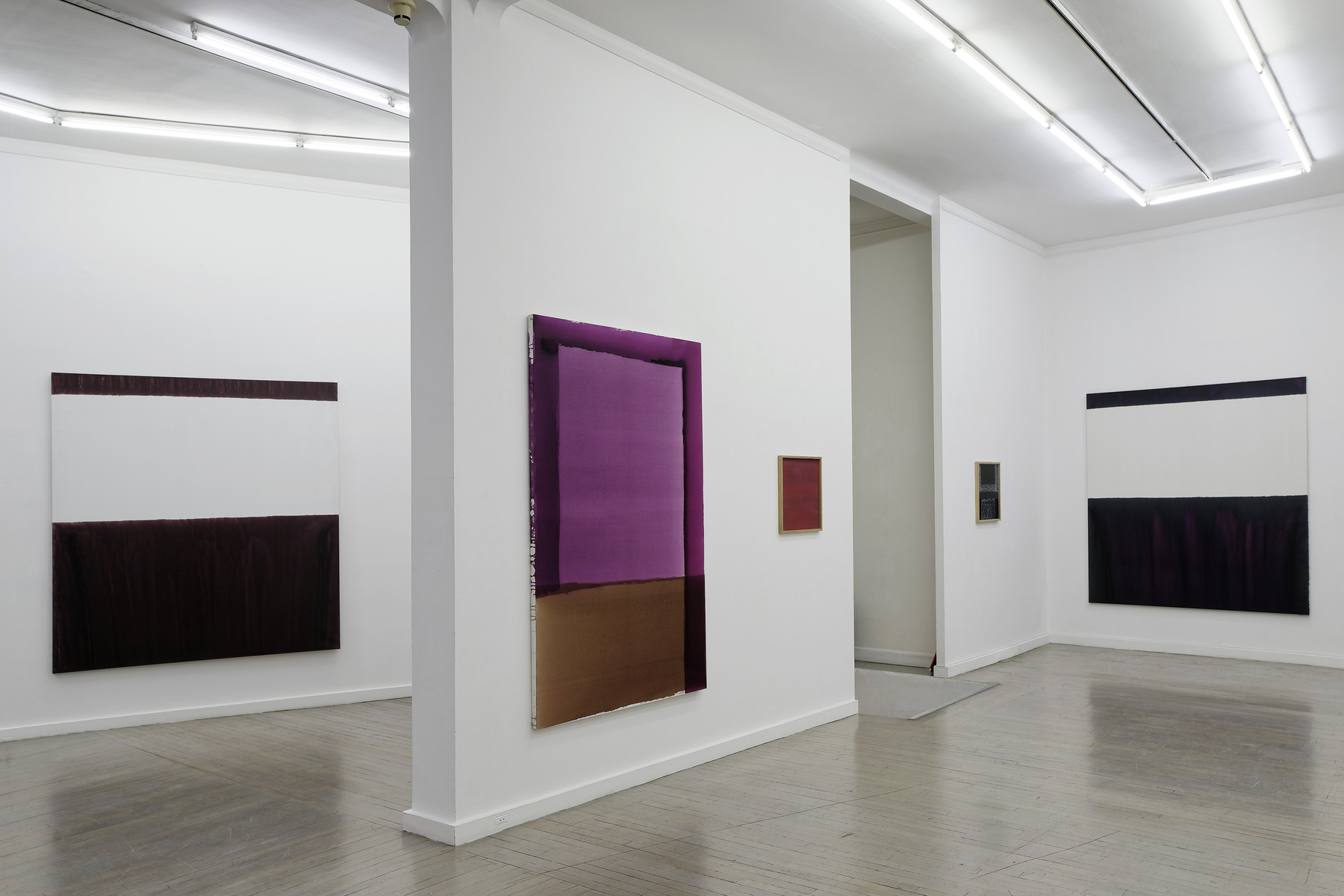 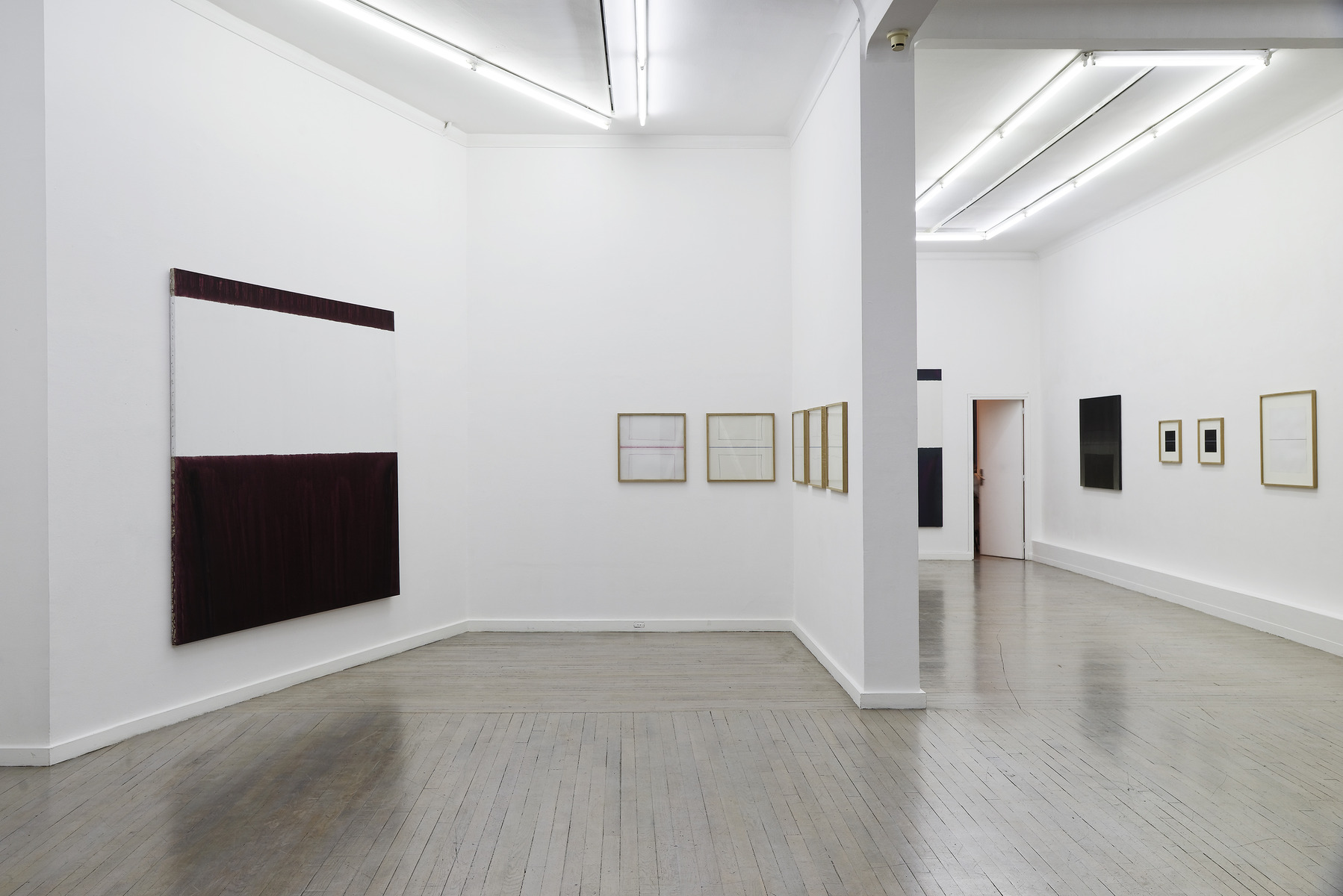 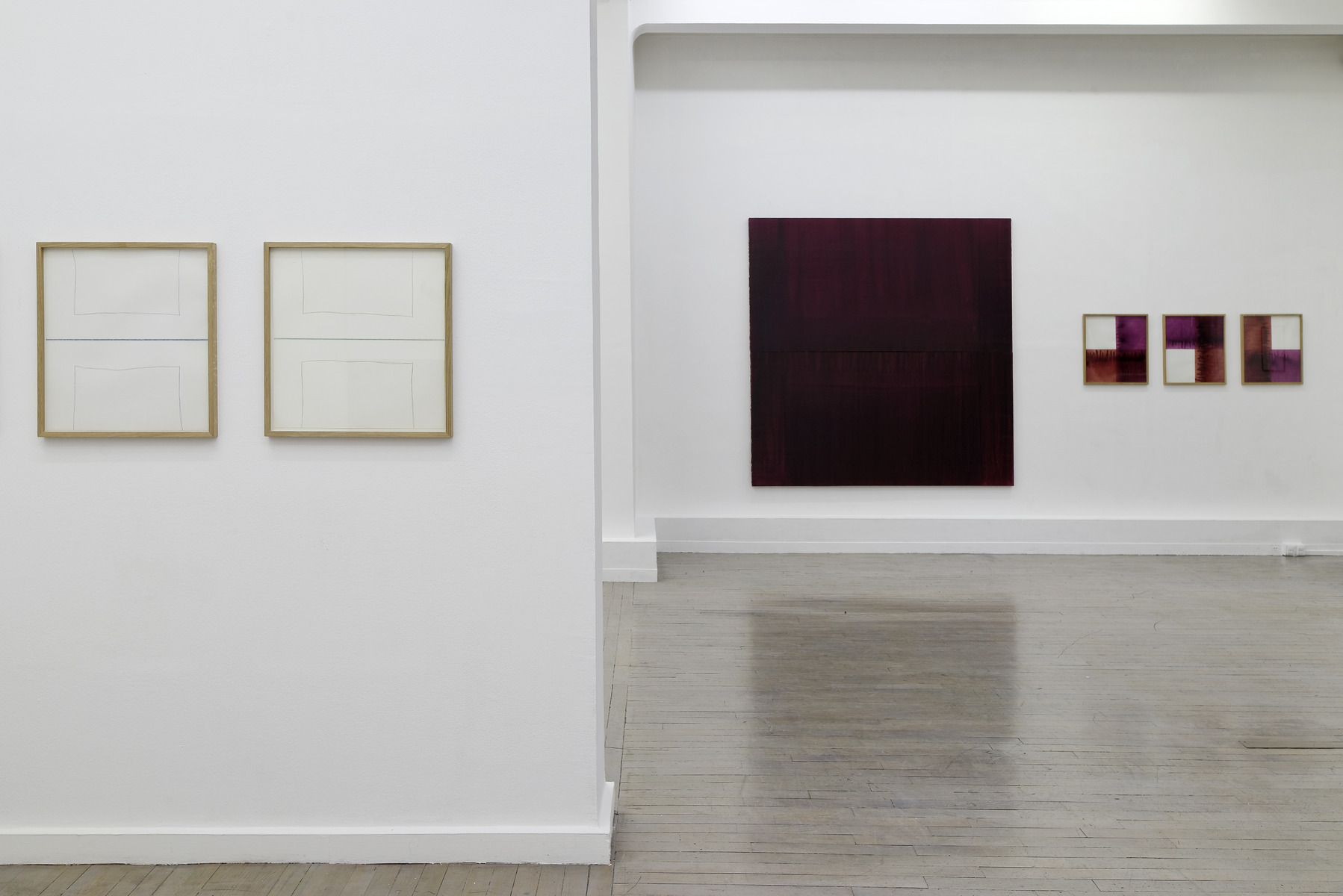 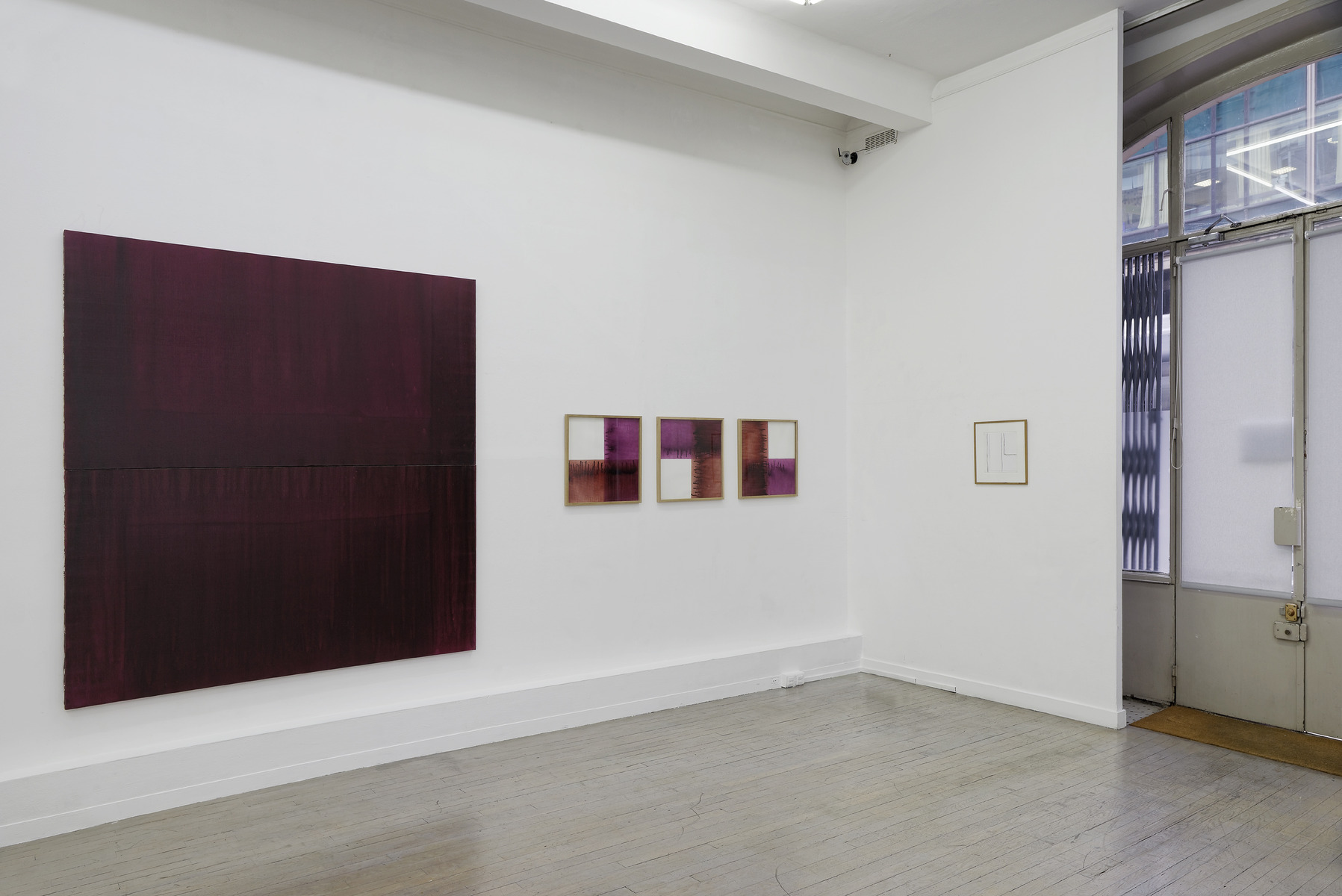 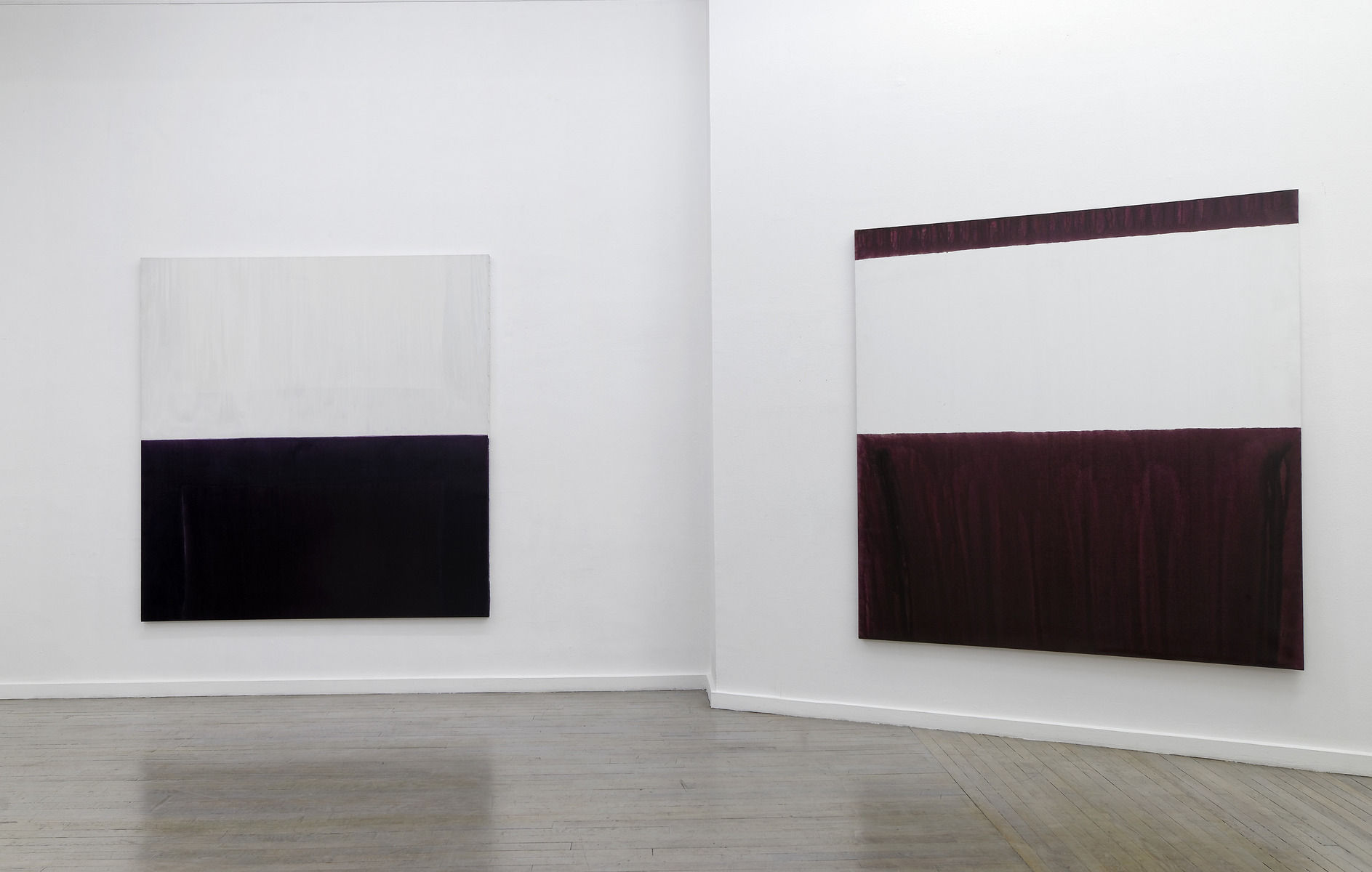 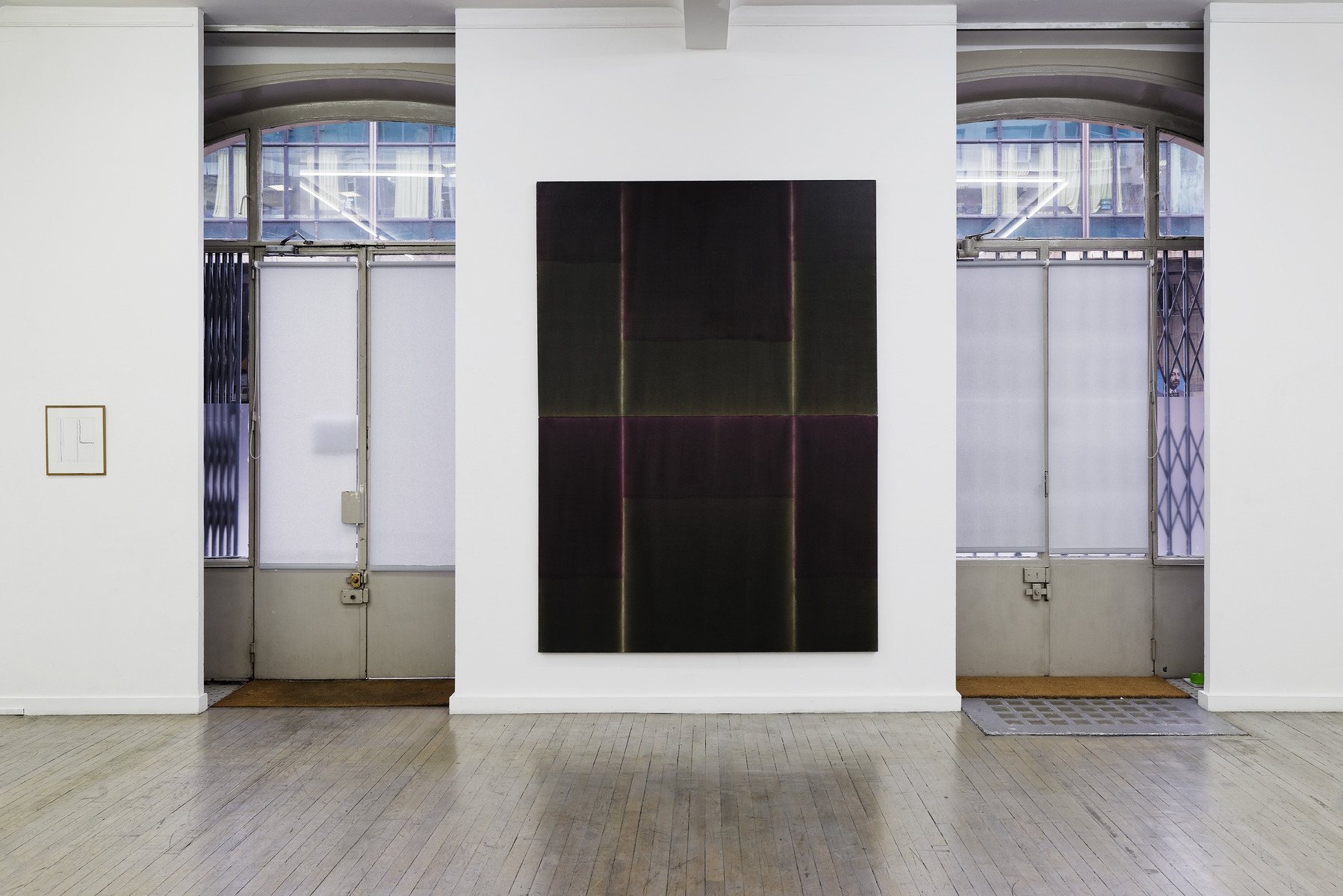 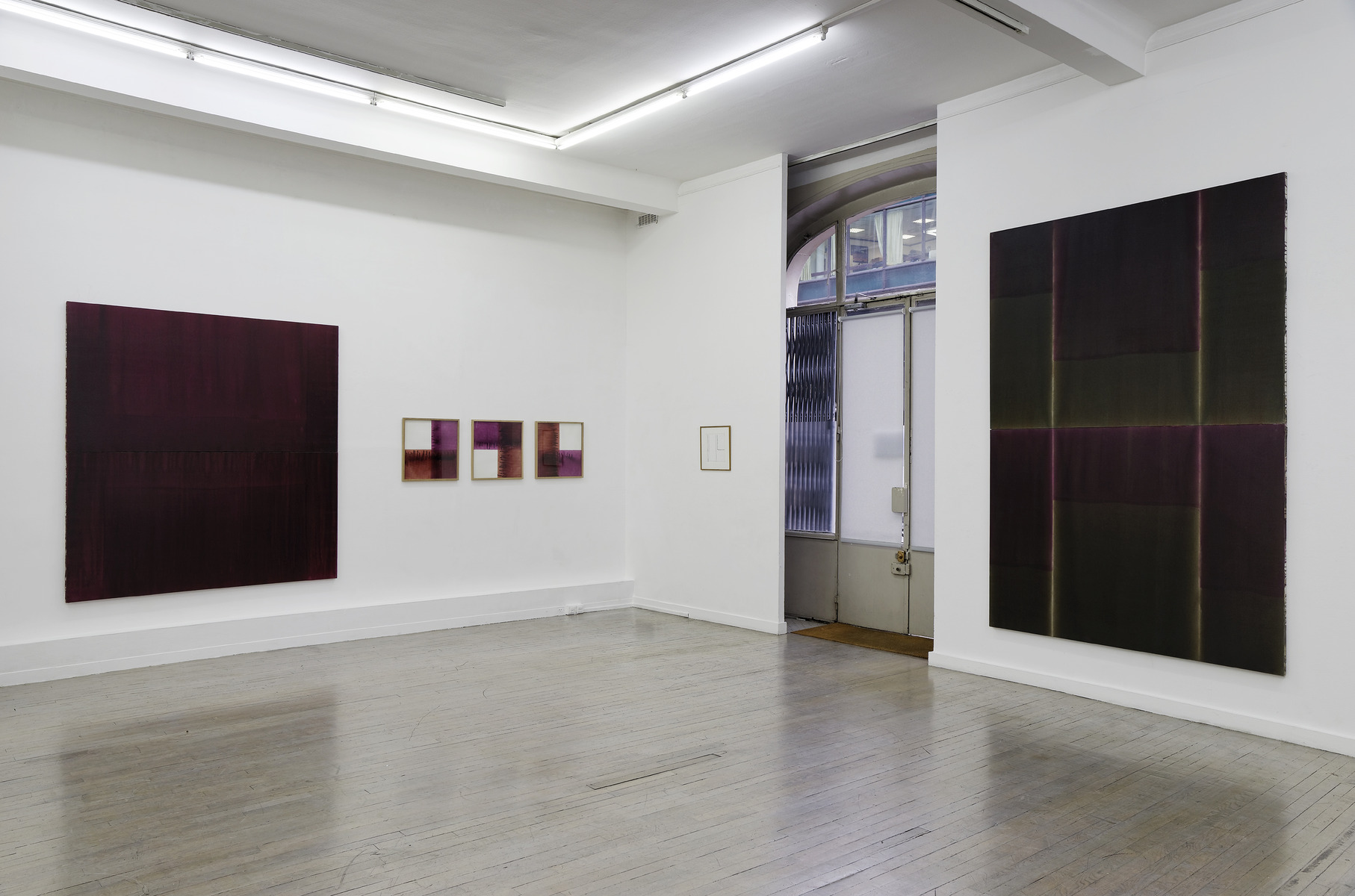 
Marc Devade’s photographs show himself always animated, with an open face, apparently in the middle of a discussion. A discussion brutally cut short in 1983 at the age of 40, but his works have never ceased to make themselves heard.
Over the past quarter of a century, one often comes across Devade at the centre of exhibitions aiming to summarise chunks of the history of art. His paintings have been employed in this task in La fin des années 60: d’une contestation l’autre (‘The end of the 1960s: from one protest to another’, Centre d’Art Contemporain, Meymac, France, 1986) and Les années 70: l’art en cause (‘The 1970s: art questioned’, capc, Bordeaux, France, 2002). Outside France, he has represented French abstract art in Fundamentale Malerei (Kunstverein Arnsberg, Germany, 1988) and Regards (Académie Royale des Beaux-Arts Bruxelles, Belgium, 1992).

Marc Devade’s paintings have also been shown whenever the Supports/Surfaces movement, of which he was an exponent, was the focus or pretext for showing non-figurative art and justifying institutional purchases. The Le bel-âge exhibition resulted from a state commission made at the behest of Jack Lang in 1990; it was presented at the château de Chambord, and then at the château de Salses in 1991. In 1998, the Musée national d’art moderne highlighted its acquisitions in Les années Supports/Surfaces au Centre Pompidou (‘The Supports/Surfaces at the Centre Pompidou’), presented at the Galerie nationale du Jeu de Paume.
A recent rereading of history is called Déplacer, déplier, découvrir: la peinture en actes, 1960-1999 (‘Moving, opening up, revealing: painting in acts, 1960-1999’, Musée d’art moderne de Villeneuve d’Asq, France 2012). Adopting a new line, it compared Devade with Simon Hantaï, Martin Barré, Jean Degottex and Michel Parmentier. While they were still alive, it was more customary to separate them.
Revived by fresh eyes, the work of Marc Devade calls out to the observer more than ever, and it might be best to leave the last word on its interpretation to the artist himself.

“I have of course transformed or interpreted this form that I have taken as a starting point or matrix. This is where that set of vertical and horizontal lines giving structure to the colours comes from. In actual fact, in the picture-making process, this form or forms, or this drawing, comes second: I trace them out with a ruler once the colours are not set but at a point of balance beyond which they would return to the magma, to the chaos whence they come. The lines defined using a ruler or formed by the edge of the frame are, in the one case, drawn after the colour to recognise their suspended state, or to mark them by their seal… In fact, I don’t start with a form or a drawing, but from the infinity of colours to transcend drawing, the forms that are always already there. The drawing creates the void in which the colours shine, and in like manner break through the frame and support, passing through them. Drawing is not a method for applying colour but the mark of its exodus.”
Extract from an interview with Jacques Henric and Catherine Millet, art press n° 49, June 1981.