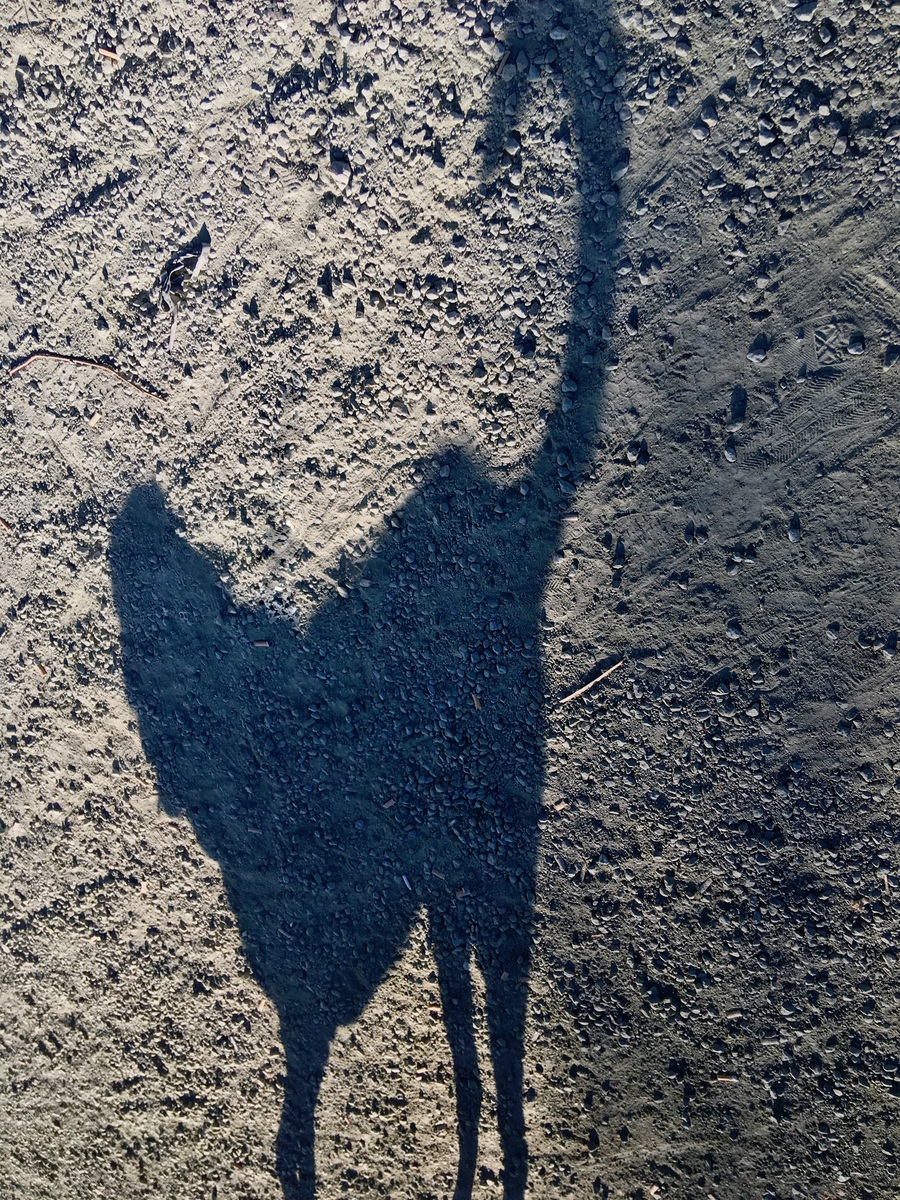 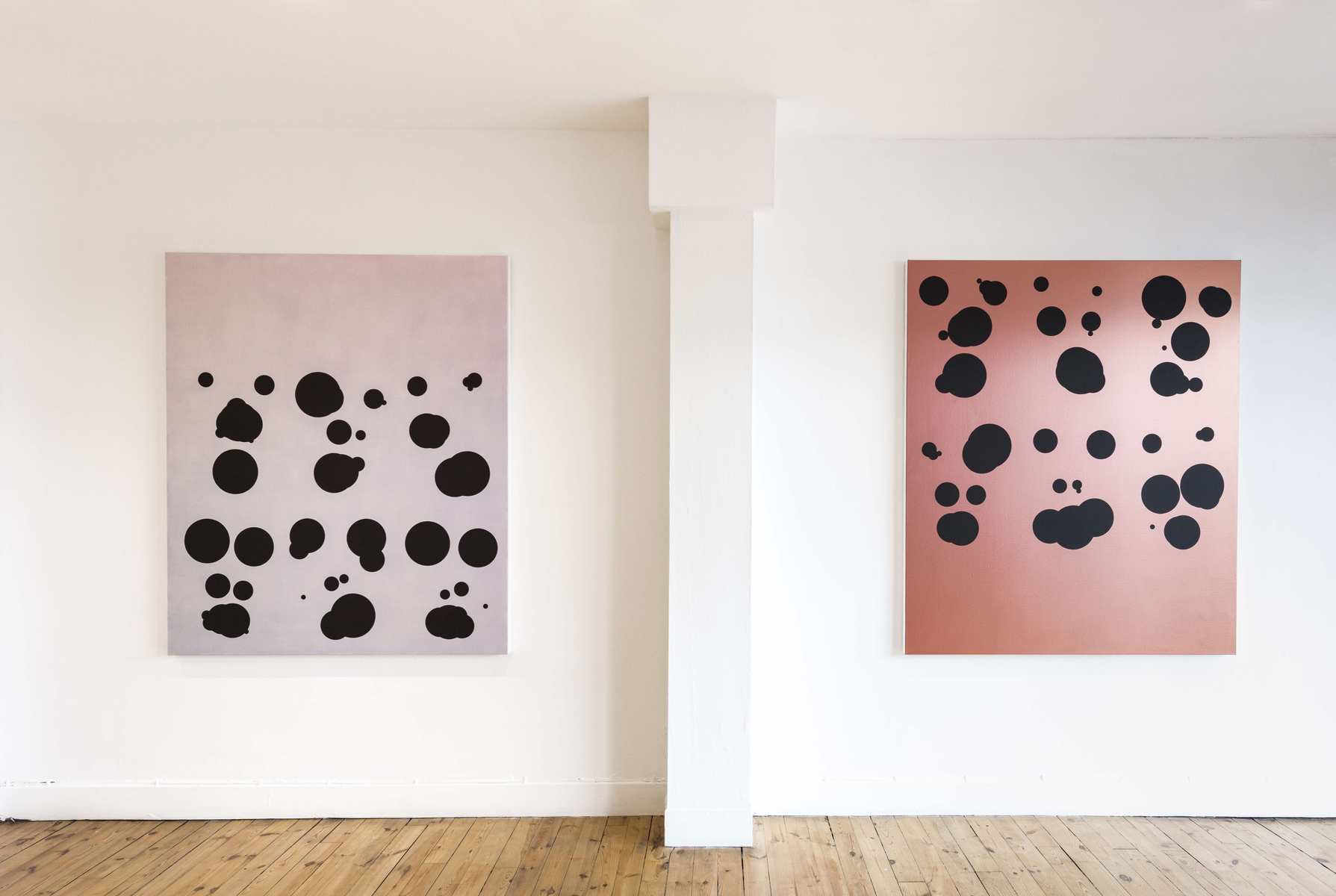 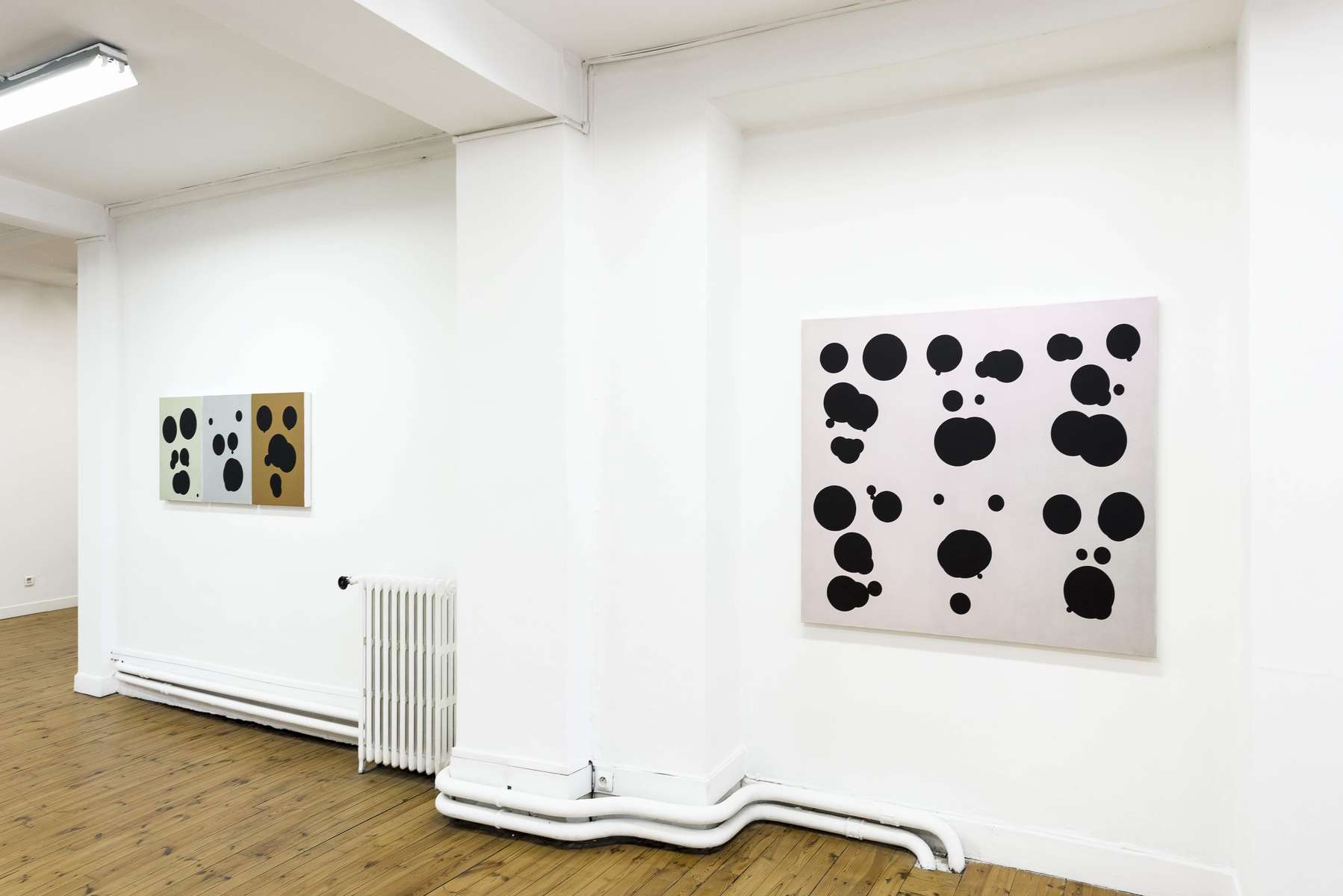 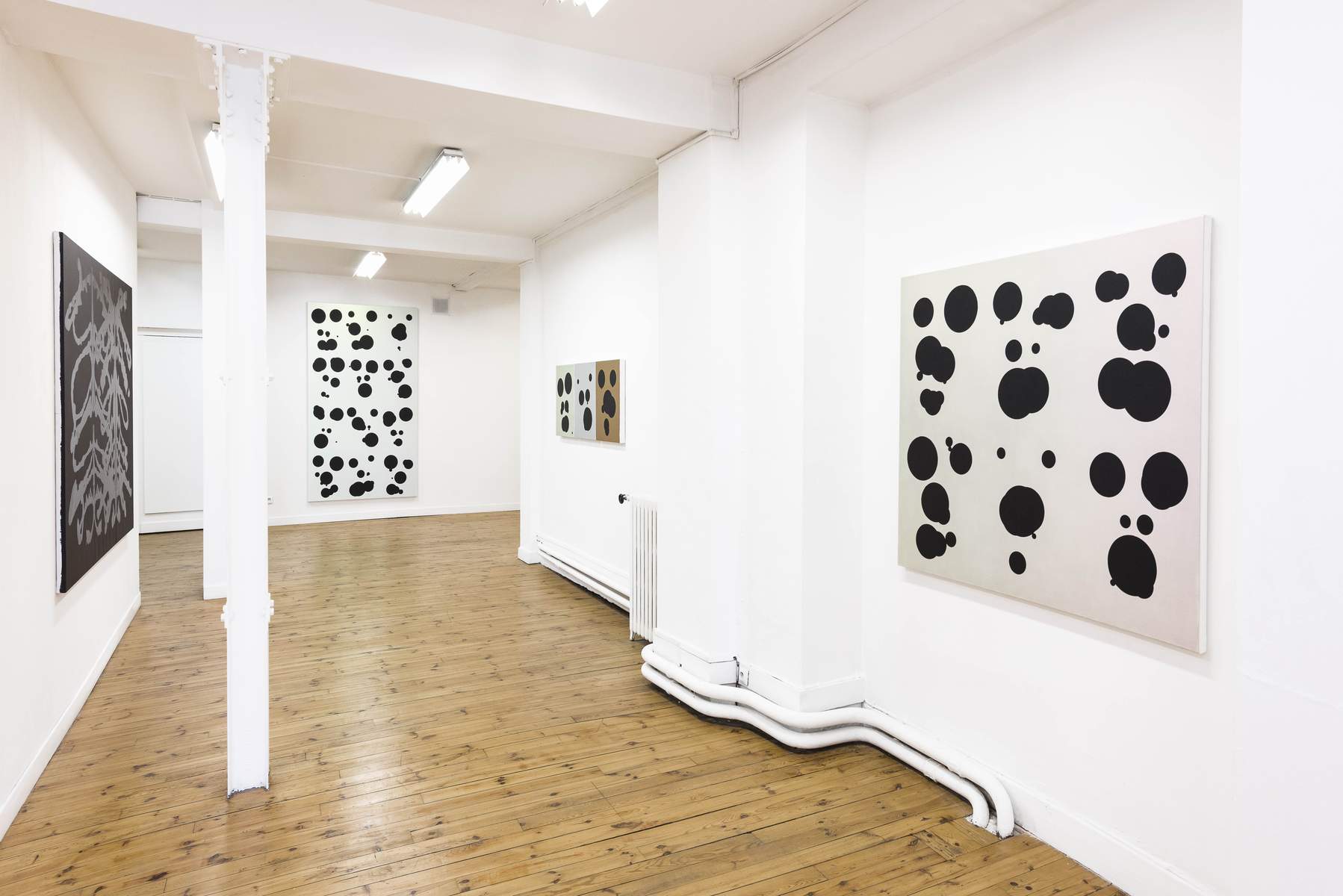 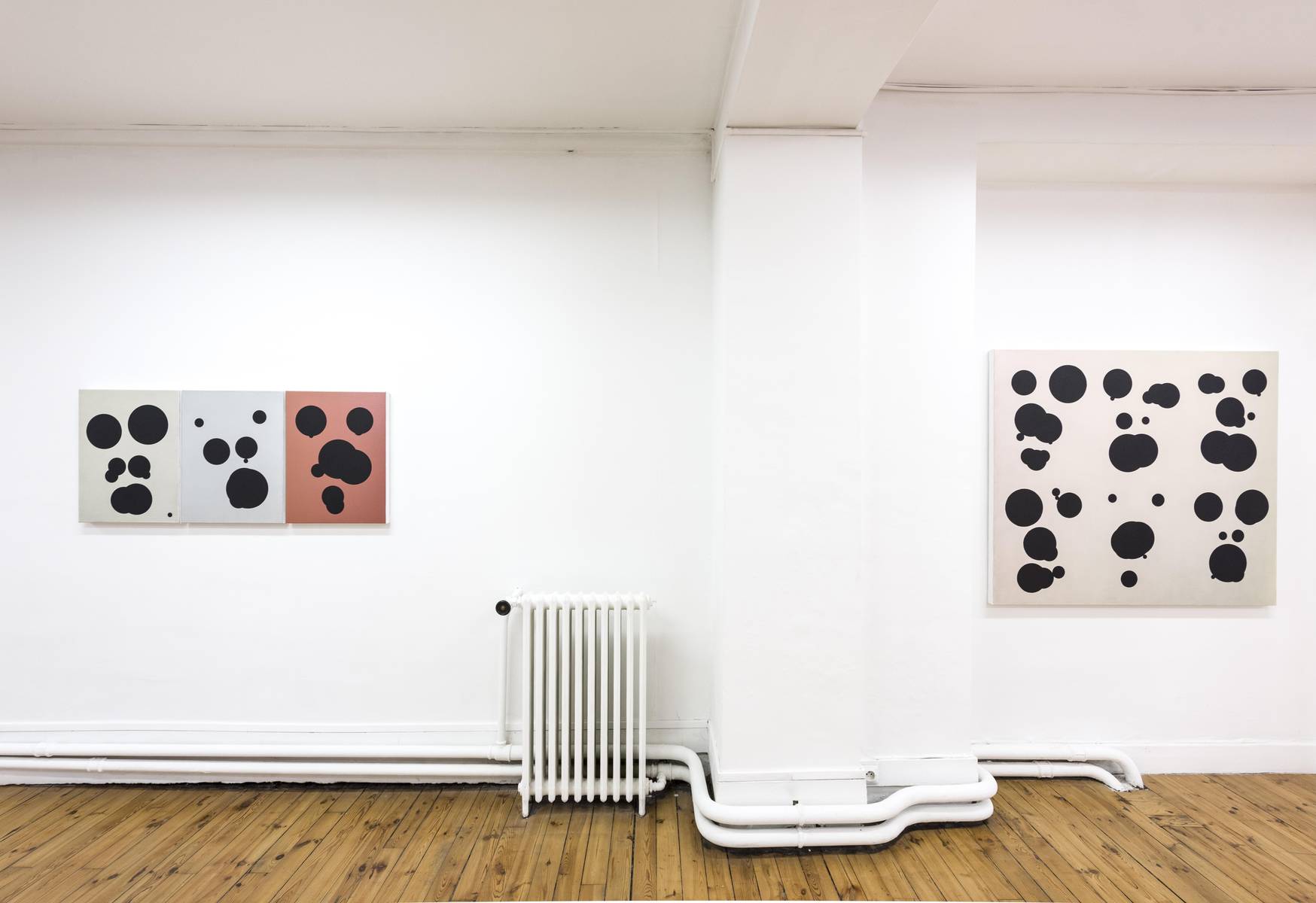 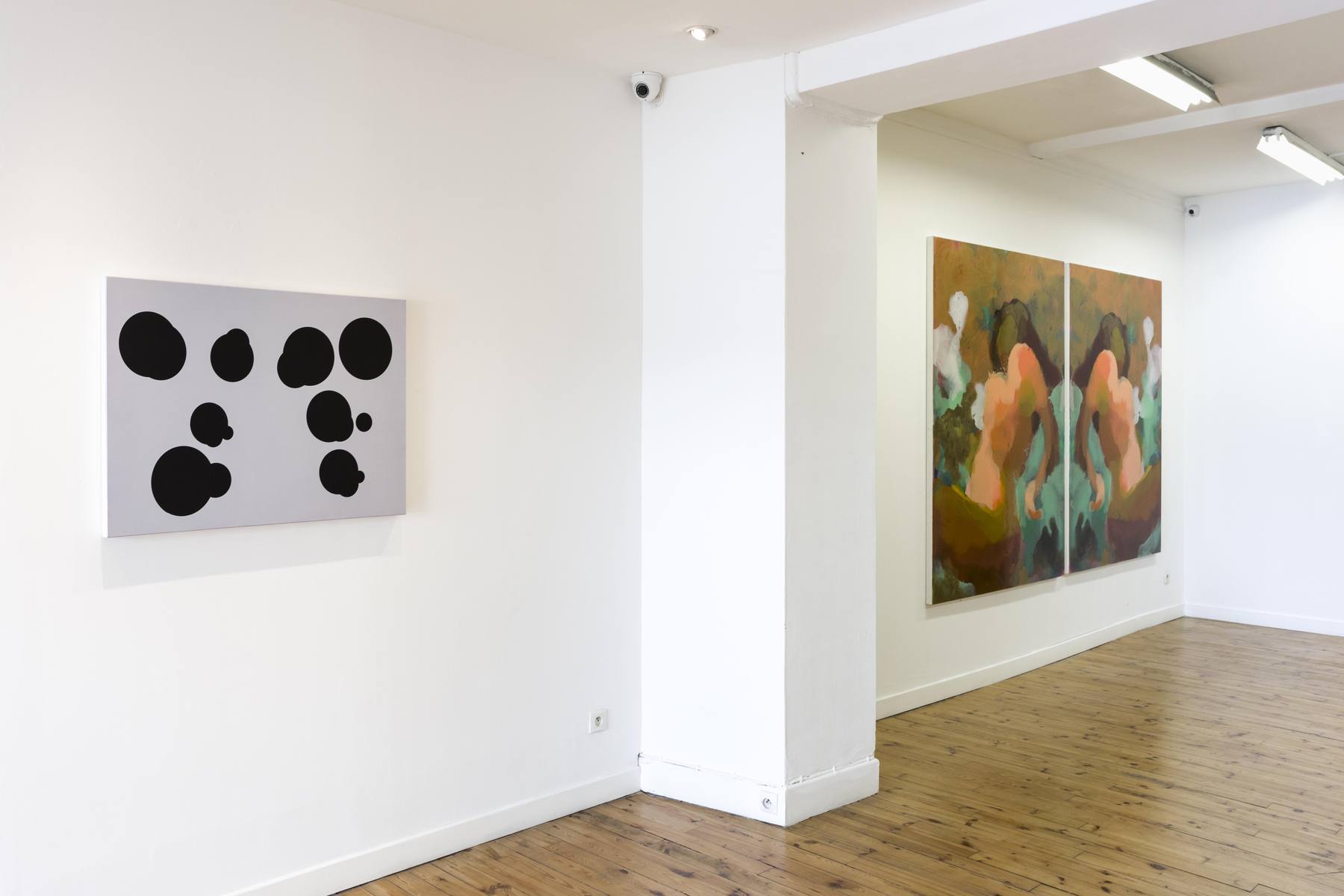 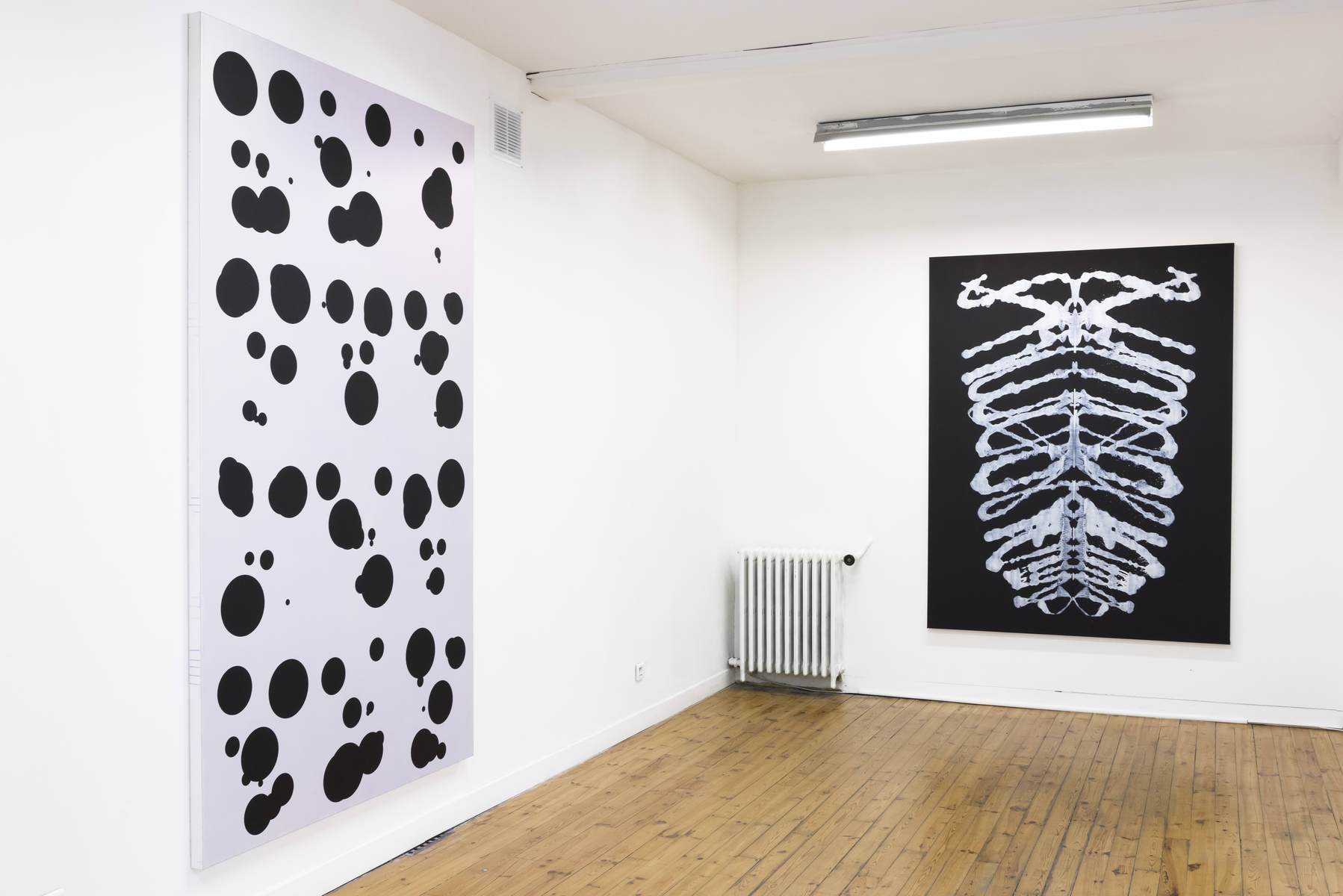 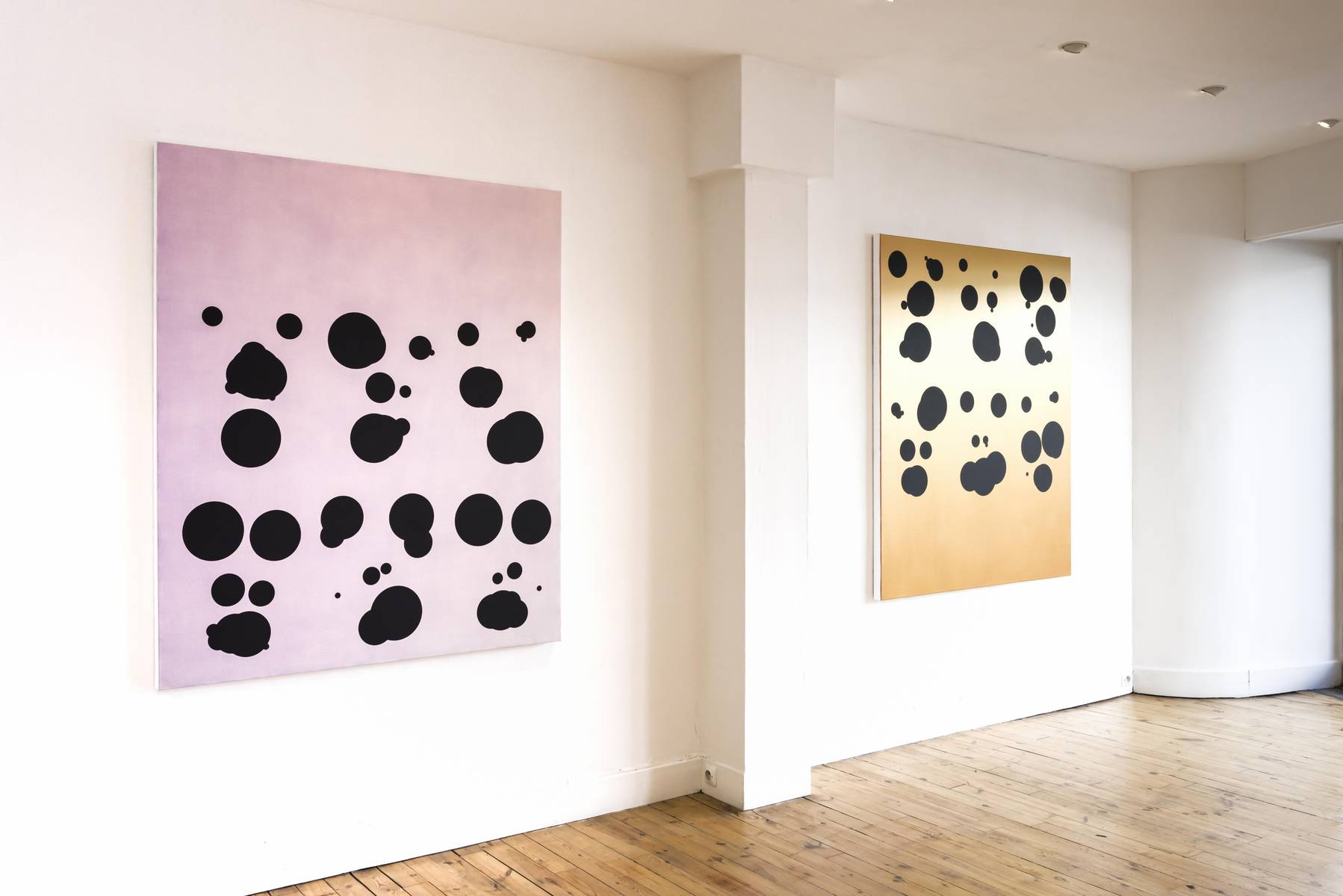 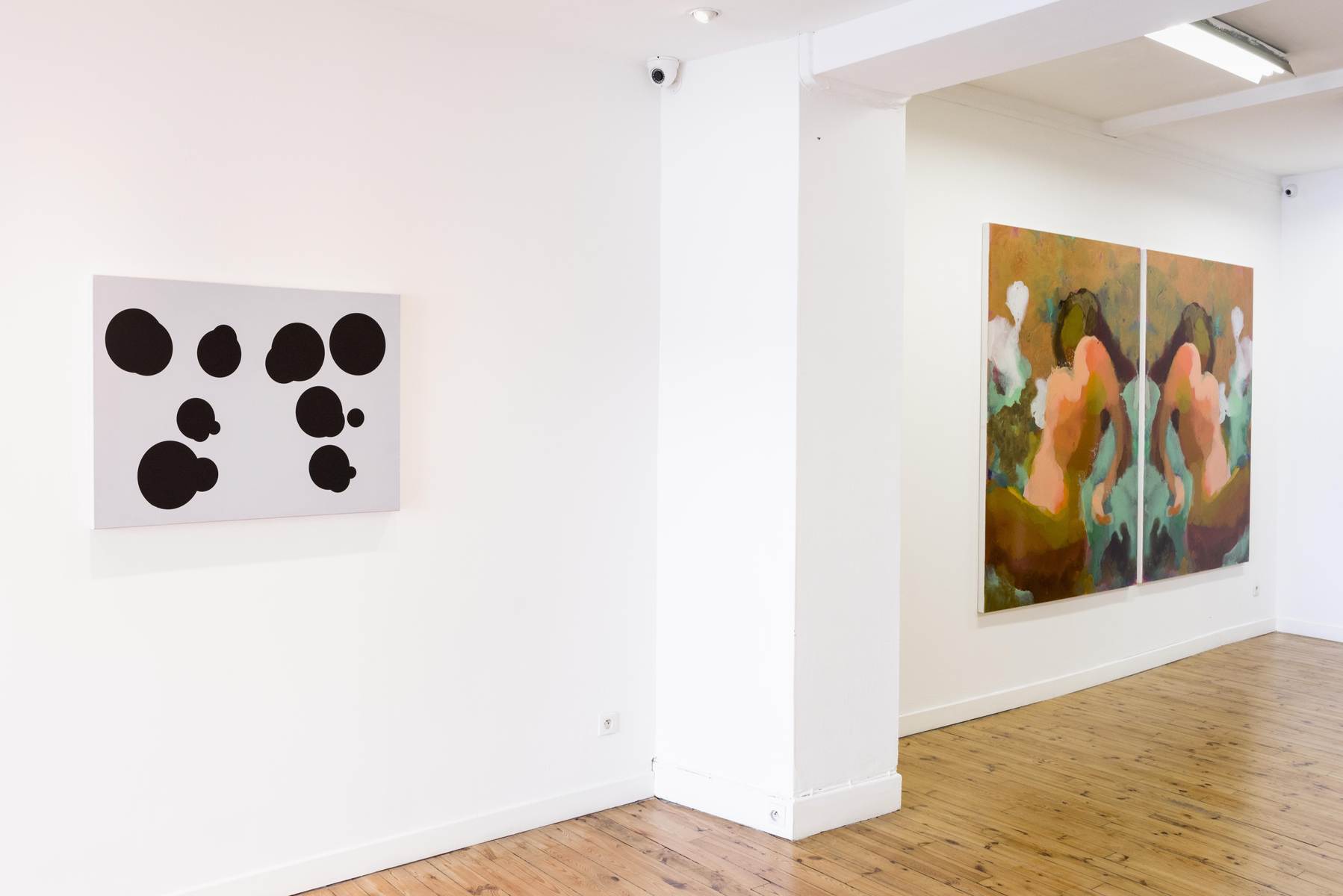 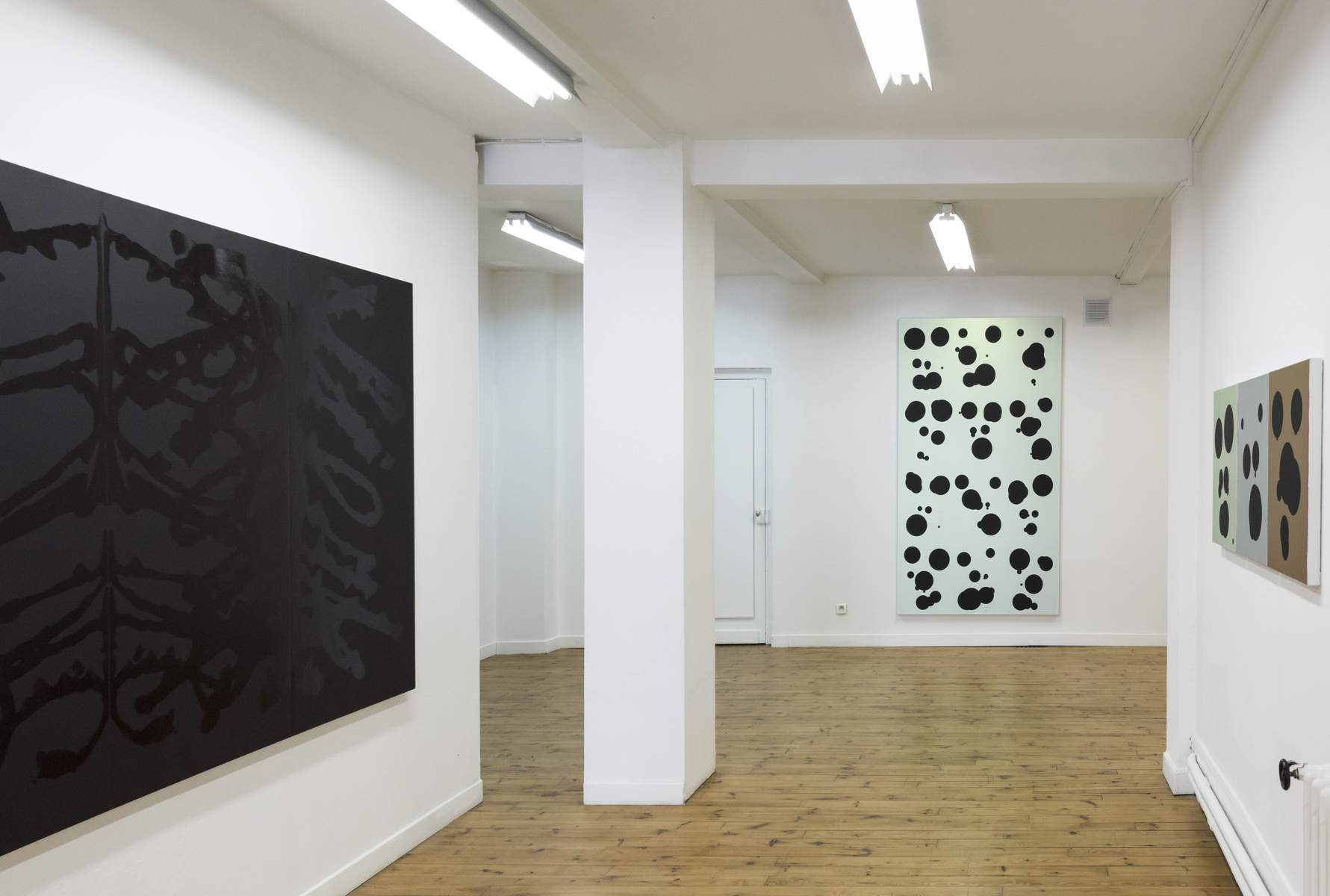 
In the exhibition entitled Life on Mars, Slovenian artist Mitja Tušek captures the ambiguity of “living things” through pictorial creations that waver between representation and abstraction, protocol and chance.

First the large paintings from the Cercles series started in 2015 evoke the genre of portrait. Cercles 2018 consists of more group portraits. Each dislocated figure is a combinatory variation of nine black disks of various diameters arranged on a pale background that appears both unified and shifting since it is made of prismatic pigments that reflect the whole chromatic spectrum based on light orientation. The circular geometric punctuations hold a symbolic meaning: they represent the nine orbs of Dante’s inferno as well as lighter sign-images -grotesque variations around Mickey Mouse. The blinding smudges also evoke the abstract face machine conceptualized by Deleuze: “white wall- black hole(s)”.

Then, female nudes deceive their very academism through forms that emancipate and break free from their design and toward shapeless chaos. “To remember that a painting, writes Maurice Denis at the end of the 19th century, before being […] a female nude […] is essentially a plane surface covered with colors assembled in a definite order.” Here, each acrylic canvas is precisely the result of a concretion of successive layers of pictorial matter residues. Based on the same creative process, each layer of glossy paint thinly laid on one canvas is immediately transferred onto a second one while still fresh in order to obtain a replica, a print of the ephemeral matrix. Each canvas is therefore laminated with an accumulation of about sixty printed transfers. These thin pictorial layers give live to female figures distorted by the materiality of their pictorial flesh. They dissolve in reversed symmetry and the strangeness of a non-iconic resemblance, a “contact resemblance.” Reversibility and dissimilarity are at the very core of printing. With Femmes nues, 2004-2011, matrix and print merge. Which one is the other side? These painting transfers cast some doubt.
The Peintures texte series, 2009-2018, exacerbates this symmetrical reversibility through playing the process of the famous Rorschach tests again. But beyond the visibility of these imaginary projection surfaces and the perception of their sensitive materiality, one can simultaneously read vertical words lying under the pictorial signifier. Like a both visual and textual chiasm, the faces of a same coin echo one another: “Pride/Shame”. But also “What should we do?” This quote borrowed from Lenine and Mario Merz (in his work Che Fare, 1969), expresses a both existential and political questioning while reflecting the viewers’ unsteadiness, their hesitation between what they would like to see and what they are able to conceive. Aren’t all visible things wrapped up in an invisible coat? “You only have to look around you to see life on Mars”, says Mitja Tušek with seriousness and humor.