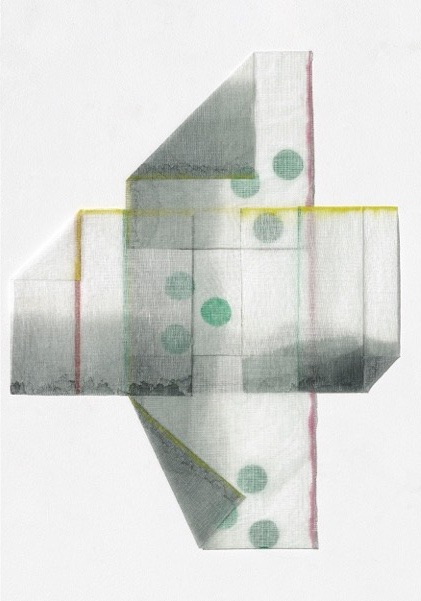 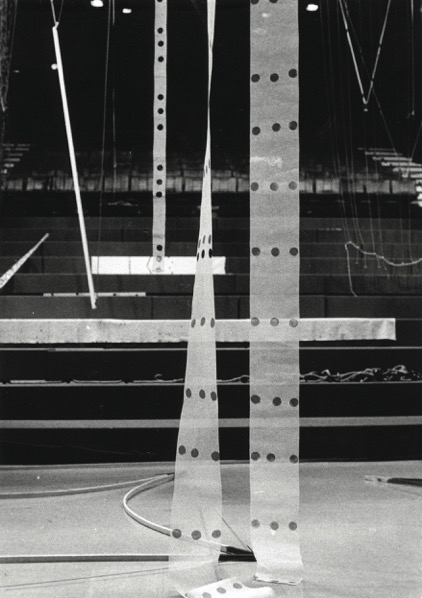 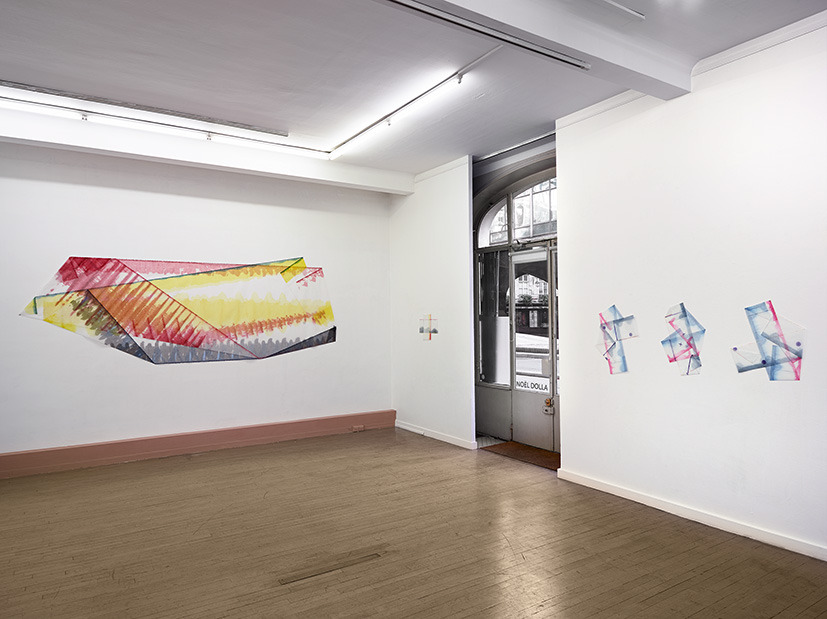 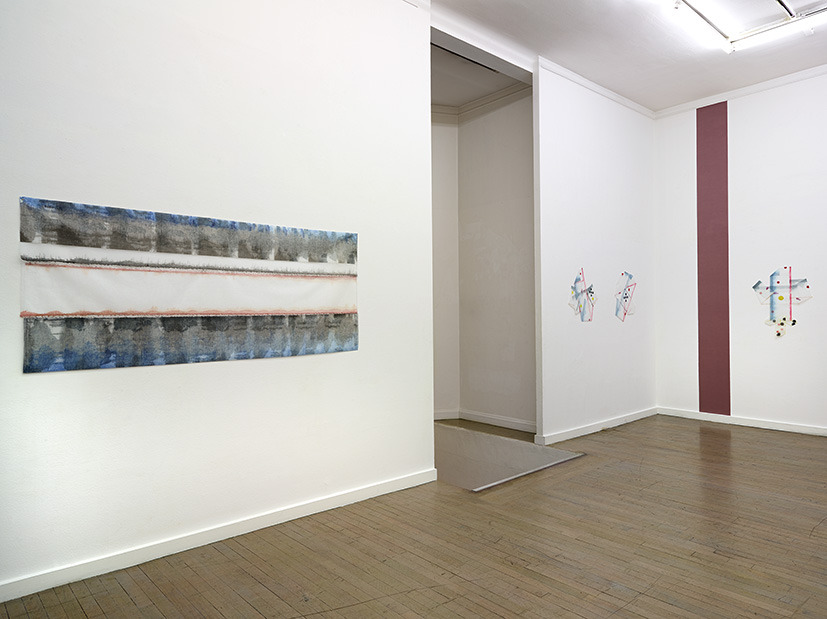 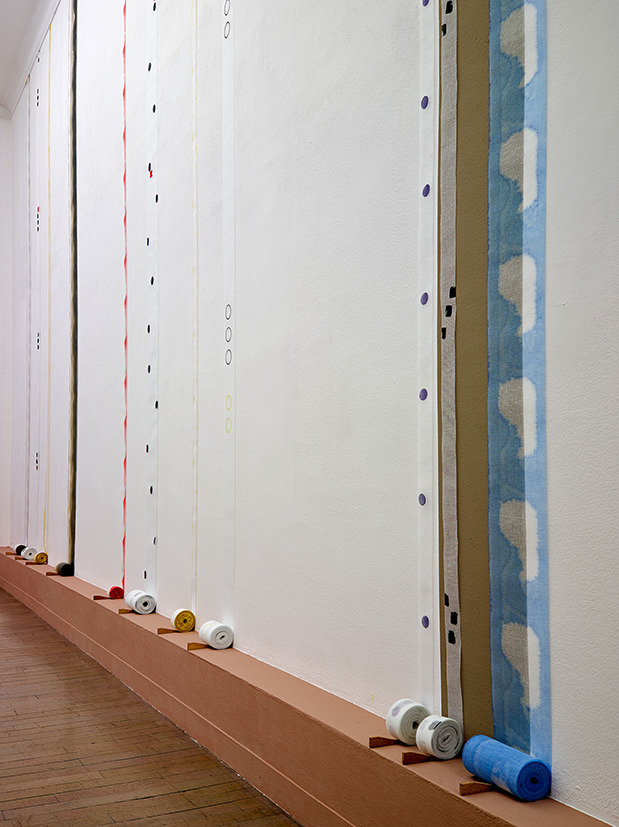 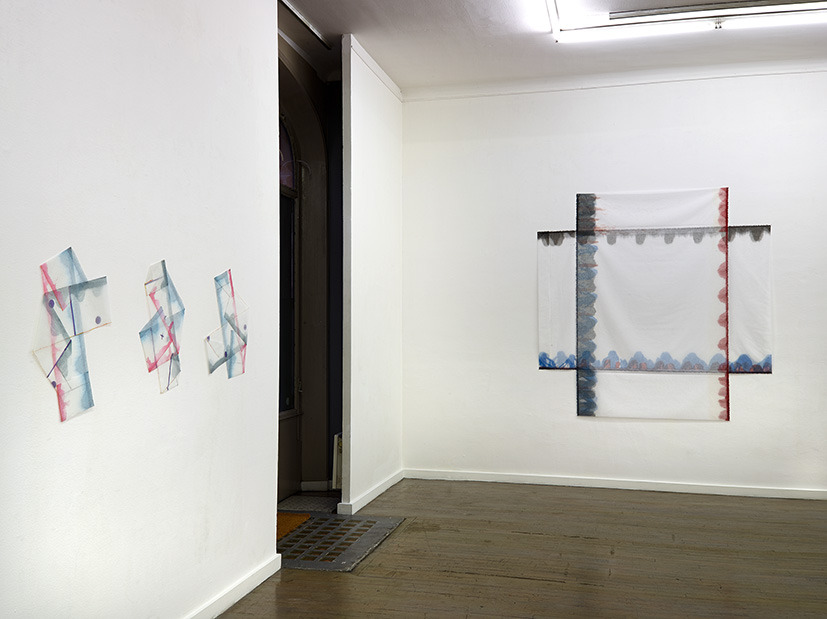 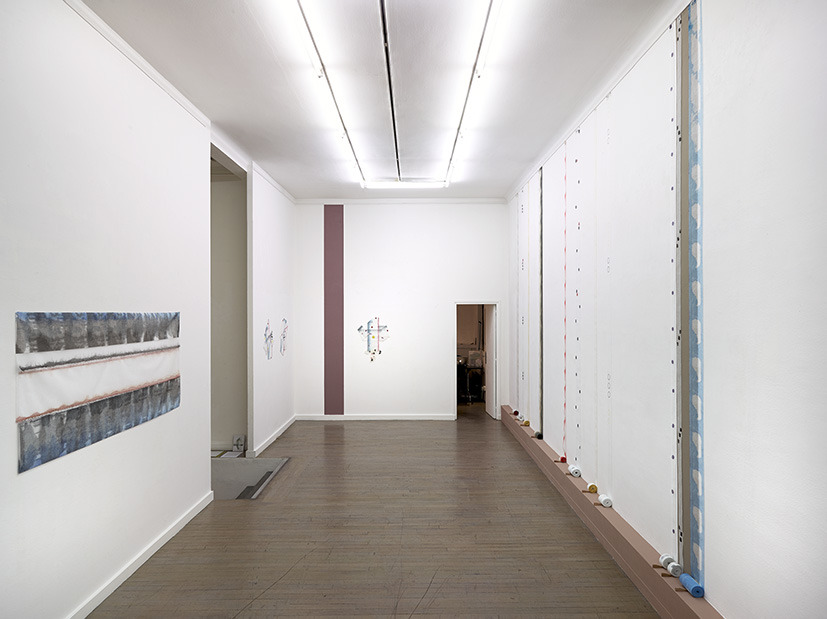 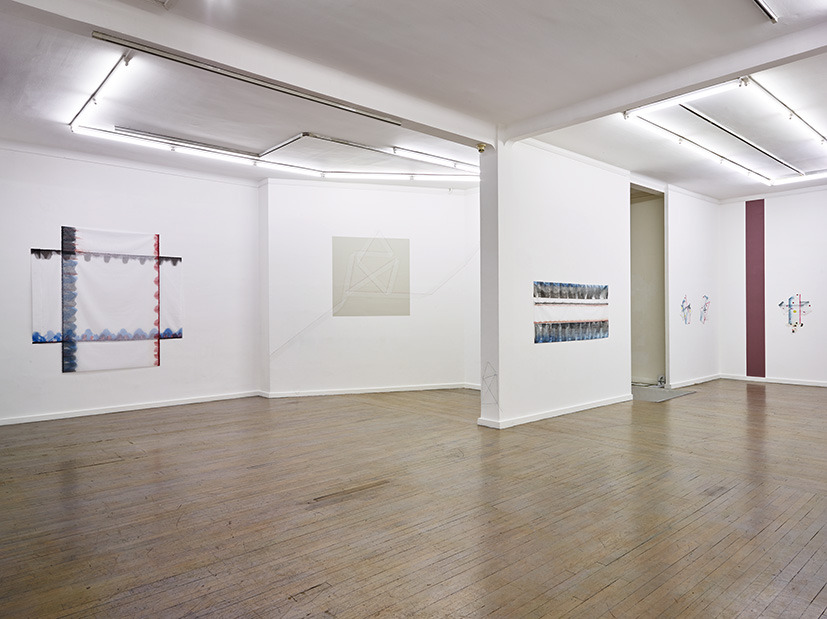 
“The beard indulges in no philosophy... but a fold in a garment does!” Gilles Deleuze, Le Pli Leibniz et le Baroque, Paris, Editions de Minuit, 1988


Tarlatan appeared very early in my works. It was on my house painting sites that I came across this extraordinary material for the first time, where I used it to mask the cracks in the ceilings and walls. Tarlatan is also the gauze of our dressings, the cheeky tulle of Degas’ dancers, the beautiful rounded form of the hats of beautiful Englishwomen, the stiffness of the collar of bankers’ shirts, but tarlatan serves also to reduce the light intensity of spotlights (barn doors) when making a film, or wipe the ink on etching plates. Since 1969, tarlatan has accompanied me in my work in extremely varied forms. During my last exhibition at the Bernard Ceysson gallery in Luxembourg, I presented a set of Tarlatans under the title: “Plis et Réplis”. For this new exhibition, I decided to keep the same title but with an added weight: “Silences”.
“Silences” because in these talkative times, it felt right to me to work in the Silence of the studio, far from the news, from fashion and trends. Folds? Certainly not, it’s just a way to say NO, no to outdoing each other, no to “gigantic” works that are impressive, demonstrative and theatrical, the product of neoliberal capitalism and the sweat of little hands in underdeveloped countries.
The tarlatans are always painted by successive dips, each time with intermediate drying, which requires unfolding the roll to see what has been stained/painted. I fold my cloth again by rolling the tarlatan and I repeat the operation as many times as seems necessary to obtain the drawing and colour density that seem “right”. I then have before me my painting material ready for use. My two tarlatan bands are arranged perpendicular to one another and overlap. Next comes the construction of shape, pleats, folds which succeed each other in the Silence imposed by the precise gesture, the desire to make ART with so little. There is in these works no mood, no attempt to say something intelligible, sensible, right-thinking, or even violent. Nothing that might be directly linked to current events. I stand there, at my table, or kneeling, folding and unfolding the meanders of my brain. Saying nothing but presenting the evidence of a form of painting that mocks the sound and fury of these times to try to attain the beauty of the breath of a breeze on a spring morning.