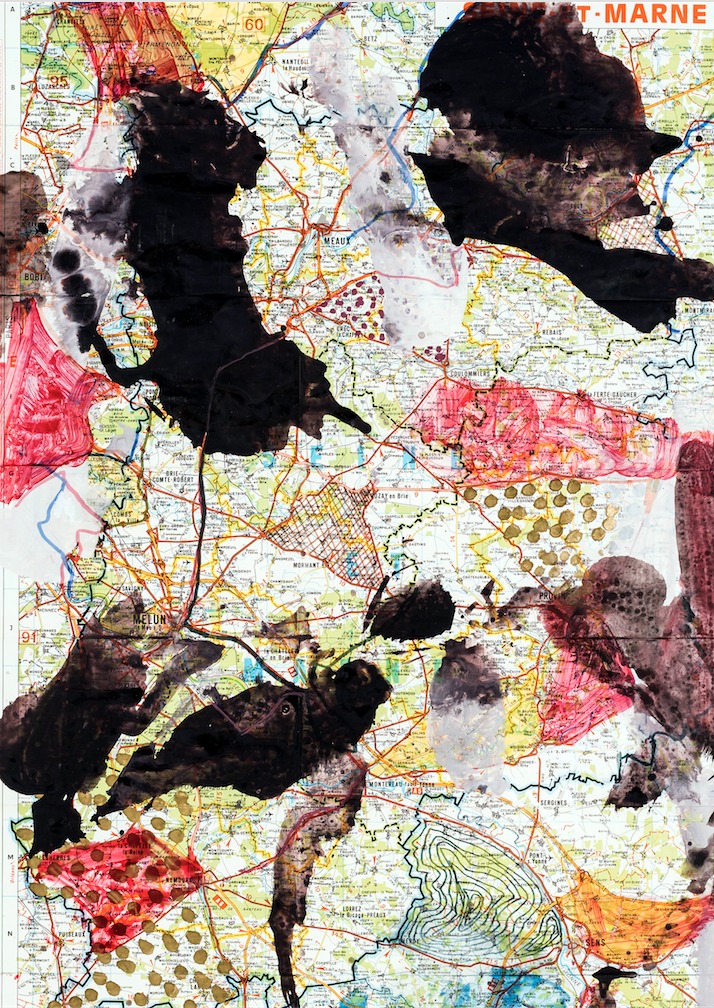 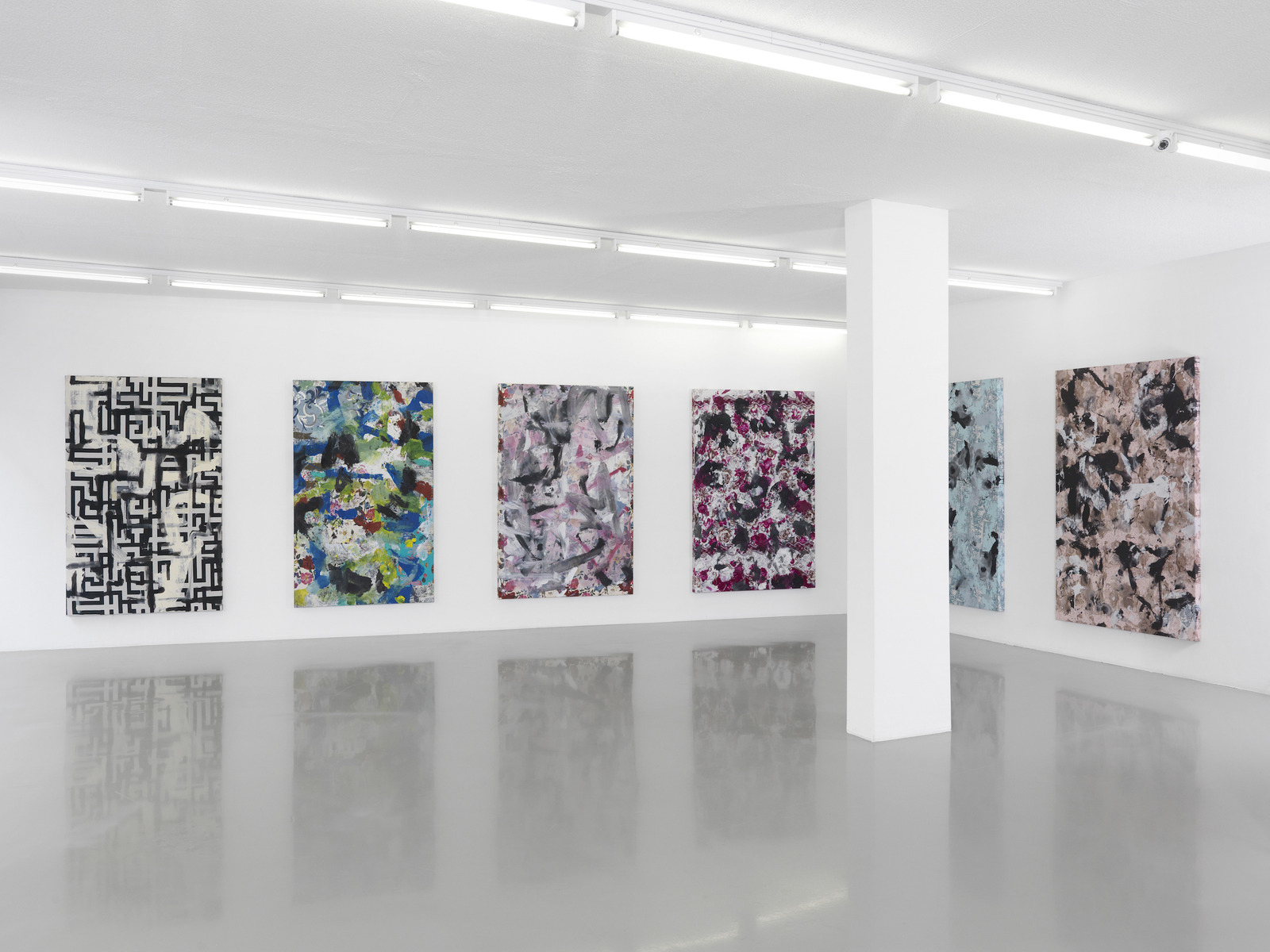 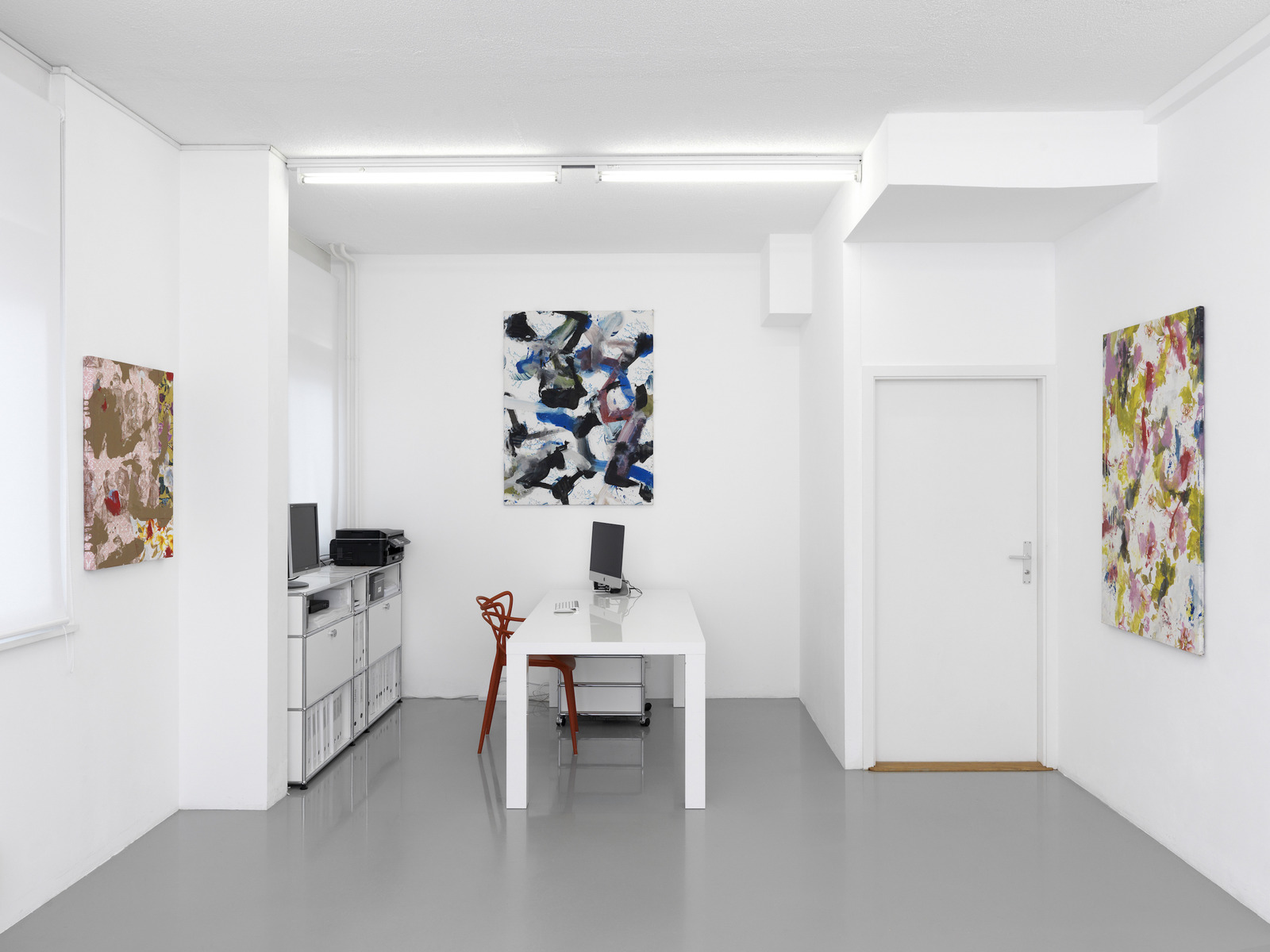 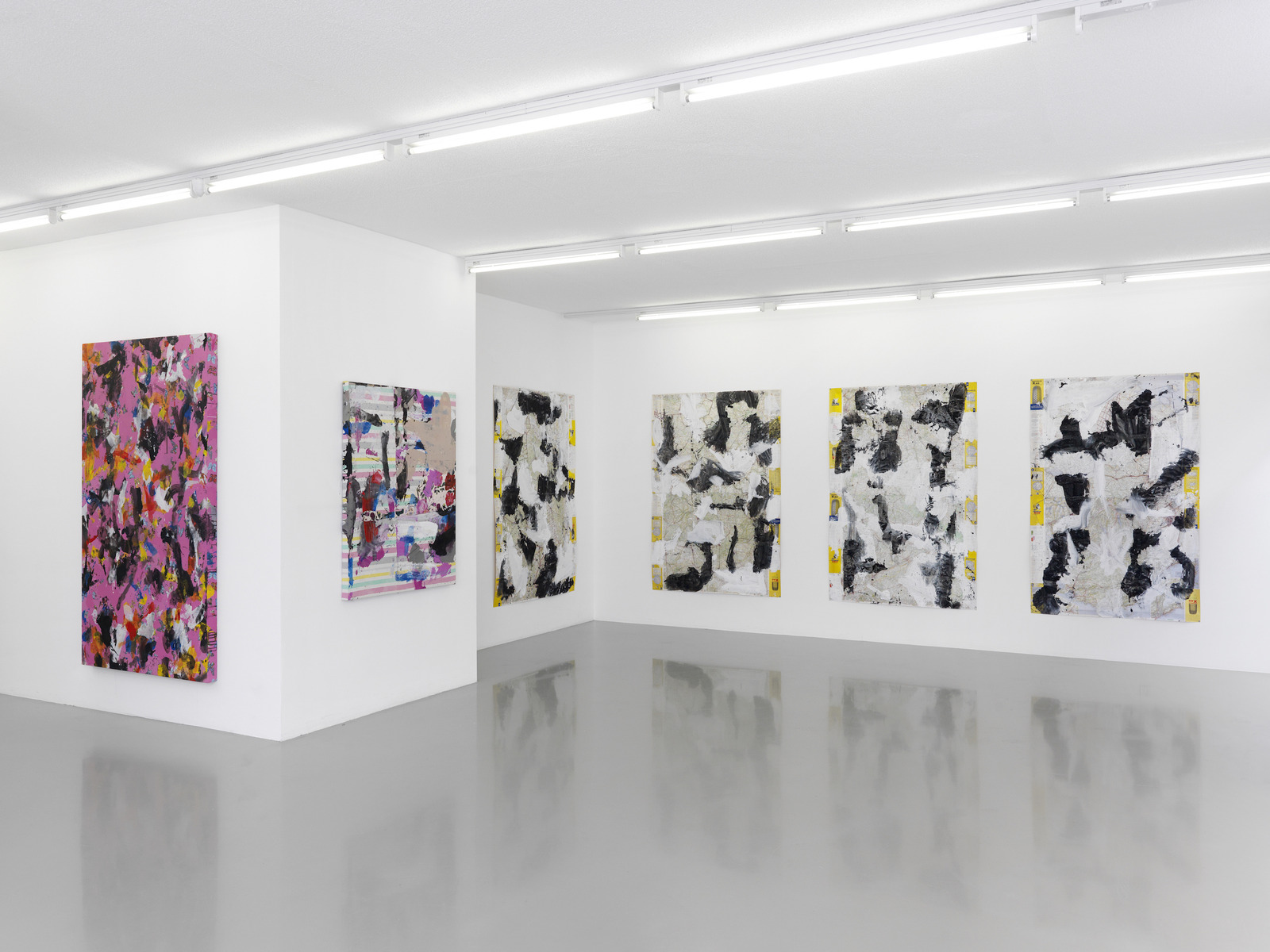 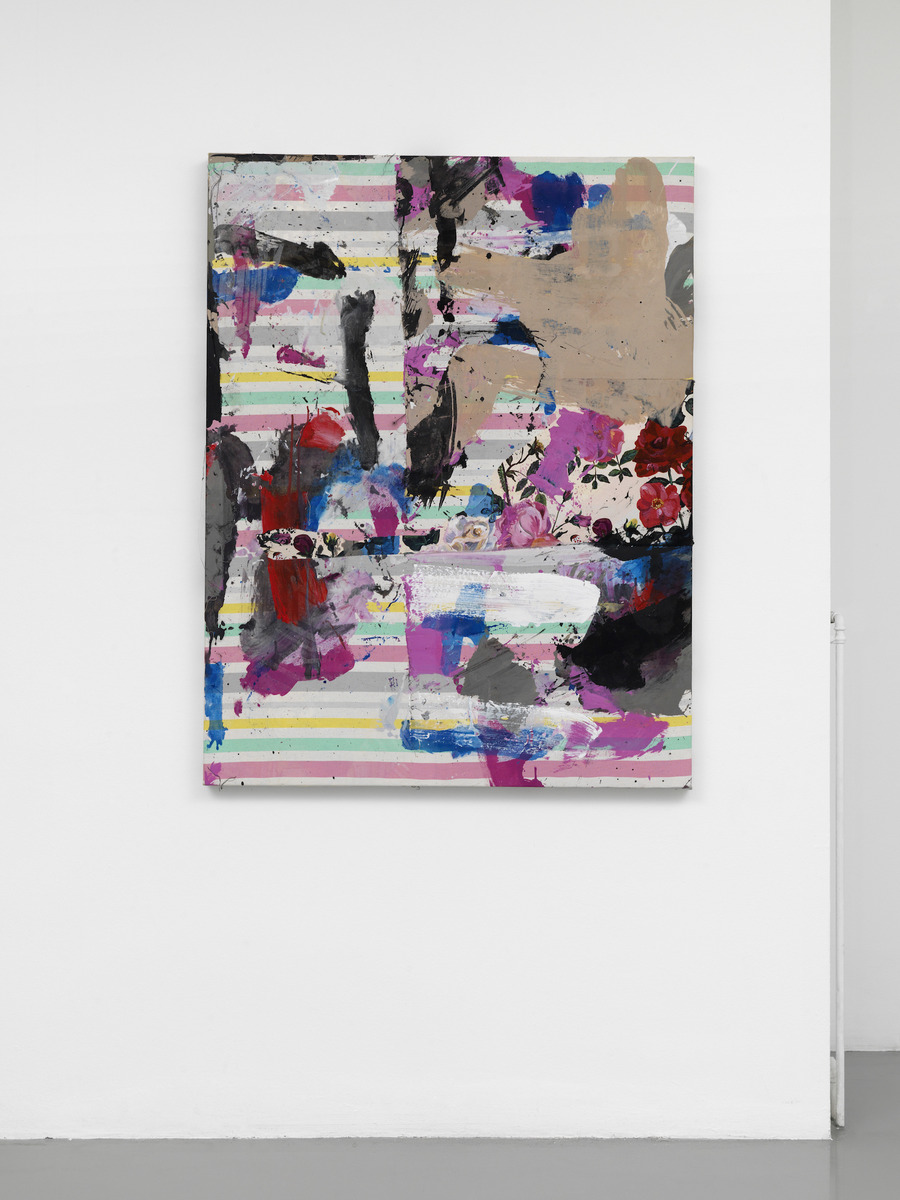 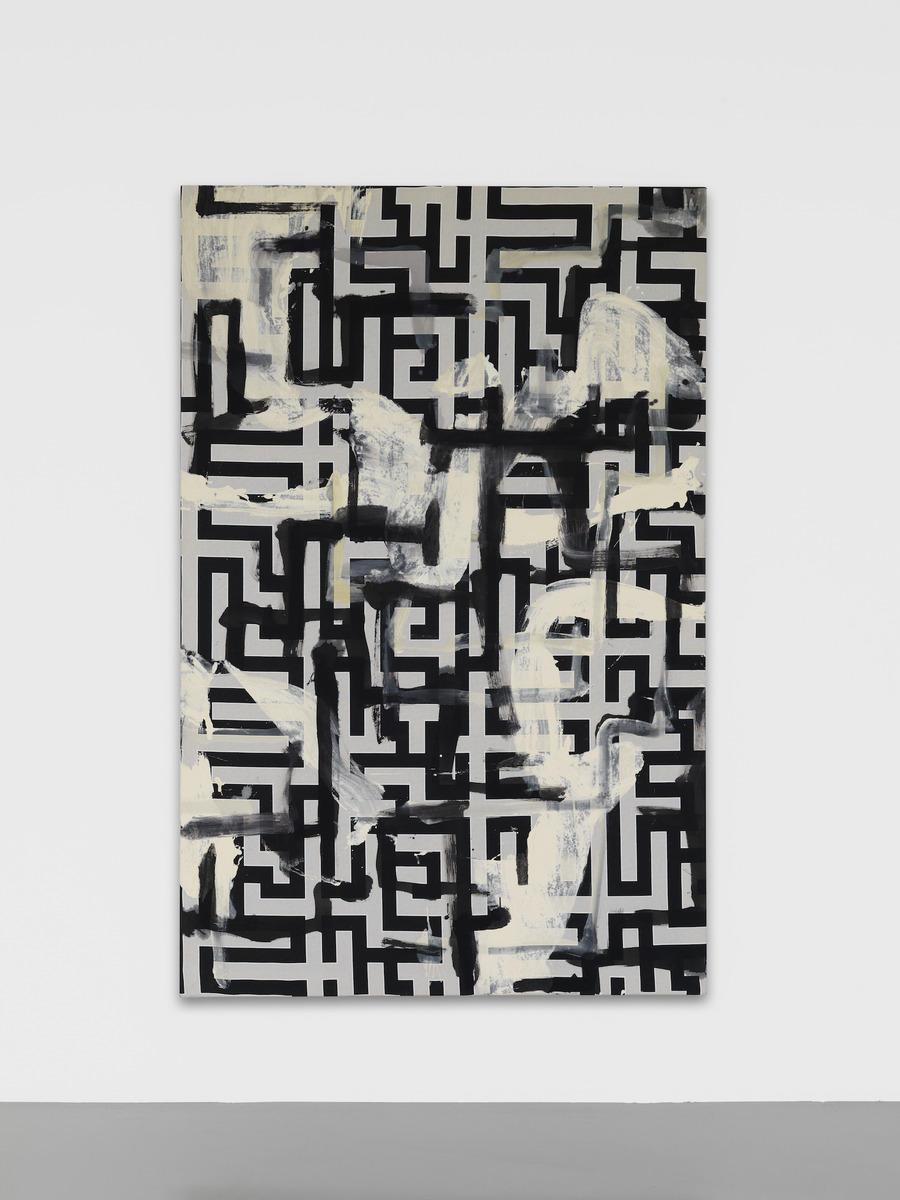 
ONCE UPON A TIME

The work of Franck Chalendard relies on three premises:

1- Painting: this is the original element of Chalendard’s work, like a world of images and procedures, the genetic world of the visual dimension. This world is the first world, that of childhood memories and decorated caves, sacred images and art brut, museums and attics... It is this nebulous and timeless background, dotted with stars (the masterpieces of painting) and black holes, that the infinite cosmogony of our visual imagination sketches out.
Whoever claims to leap into this world, and not just watch it from afar, has to confront the inaccessible and so reveals both the greatest pride and the greatest humility. The relationship to myth in the work of Chalendard, therefore, does not appear through the painted figure, but through the figure of the painter. In essence, the painter is simultaneously an individual and an archetype. Essentially painter, he embodies and maintains a certain ontology of painting.

2: The picture: this is the second element in Chalendard’s work. The picture is a window, both in time and space, in the continuum of painting. It is a unique space that determines not only how the paint is used (the handling of edges, the imperative of its flatness, composition, etc.), but is symbolically invested with a value and scope that go well beyond its historical conditions of emergence and now synthesise a form of solemnity bordering on the sacred. Much more than simple support or pictorial device, the picture appears as the alpha and omega of any painting. The freedom the artist grants himself is a freedom conditioned by that object.
Postulating the centrality of the picture in this way – like a Big Bang in the history of art – means, rather than the usual “isms”, both placing the material nature of the works before all else, and establishing the five centuries of domination of the picture as a paradoxically homogeneous moment in this history of art. Beyond the multitude of possible options, all this period could henceforth be subsumed beneath the central and constant challenge of “producing a picture”, to borrow the words of Chalendard.

3: Continuity: this is not a given, but an open question: under what conditions are painting and, singularly, a picture active forms and not mere rhetorical figures dedicated solely to quotation or a somewhat stuffy devotion? When Chalendard paints on printed upholstery fabric, even before the first brushstroke he plans the seduction, the image, the trivial, the ordinary, the utilitarian, the lightness, the effect, the ease, the bad taste... In this situation, the artist escapes the white canvas; that is to say, he escapes the difficulty on the one hand of developing his painting as an autonomous whole that is sui generis (which in reality no painting is ever) and in the same motion, escapes naivety and an apparent freedom. He has to paint with what is already there. Any painting to follow, his every move and each of his choices will be conditioned by this initial starting element.
The use of printed fabrics is an integration of pictorial readymades, a prepared canvas in the sense of Cage’s prepared piano, an installation situation that governs the process of painting in terms of coexistence. The ‘doing-with’ matches the historical situation that is ours: doing with abstraction and figuration, doing with the picture and the overcoming of the problems of art, doing with the artist’s commitment and the apparent lapse of political commitment, doing with the instinctual and rational, doing with learned references and popular culture, doing with maintaining the progressive ideal and the end of history, etc.