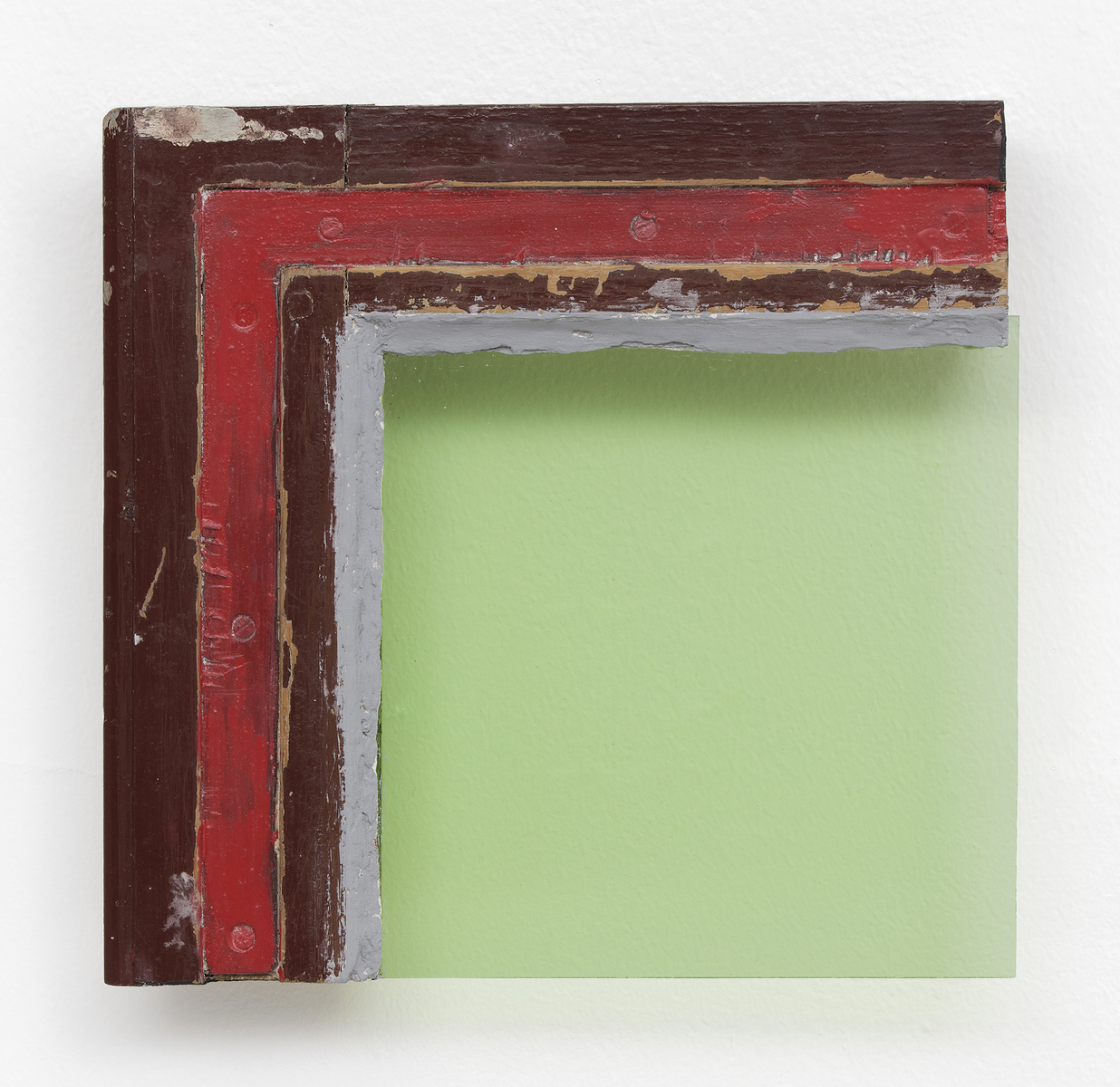 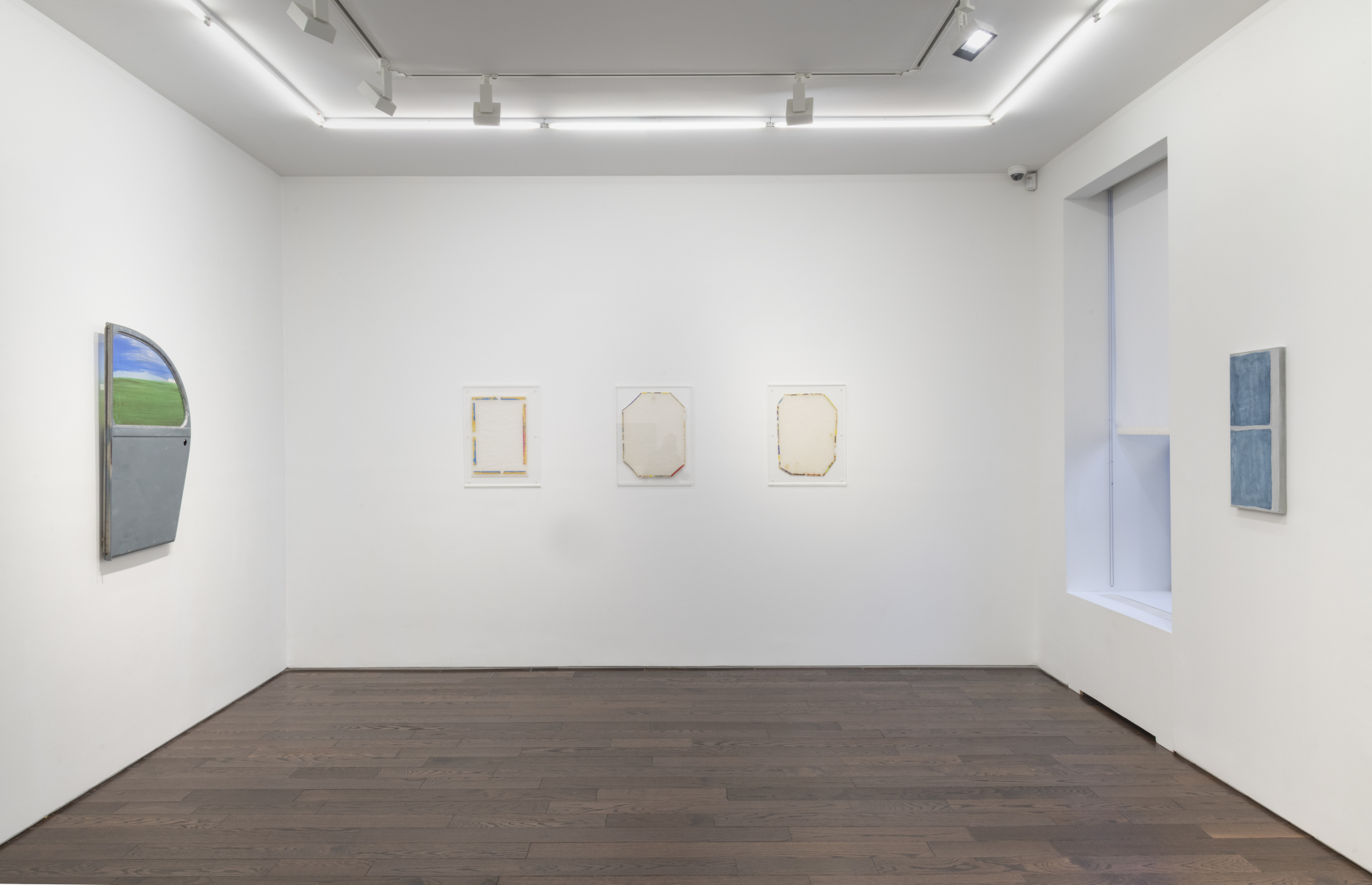 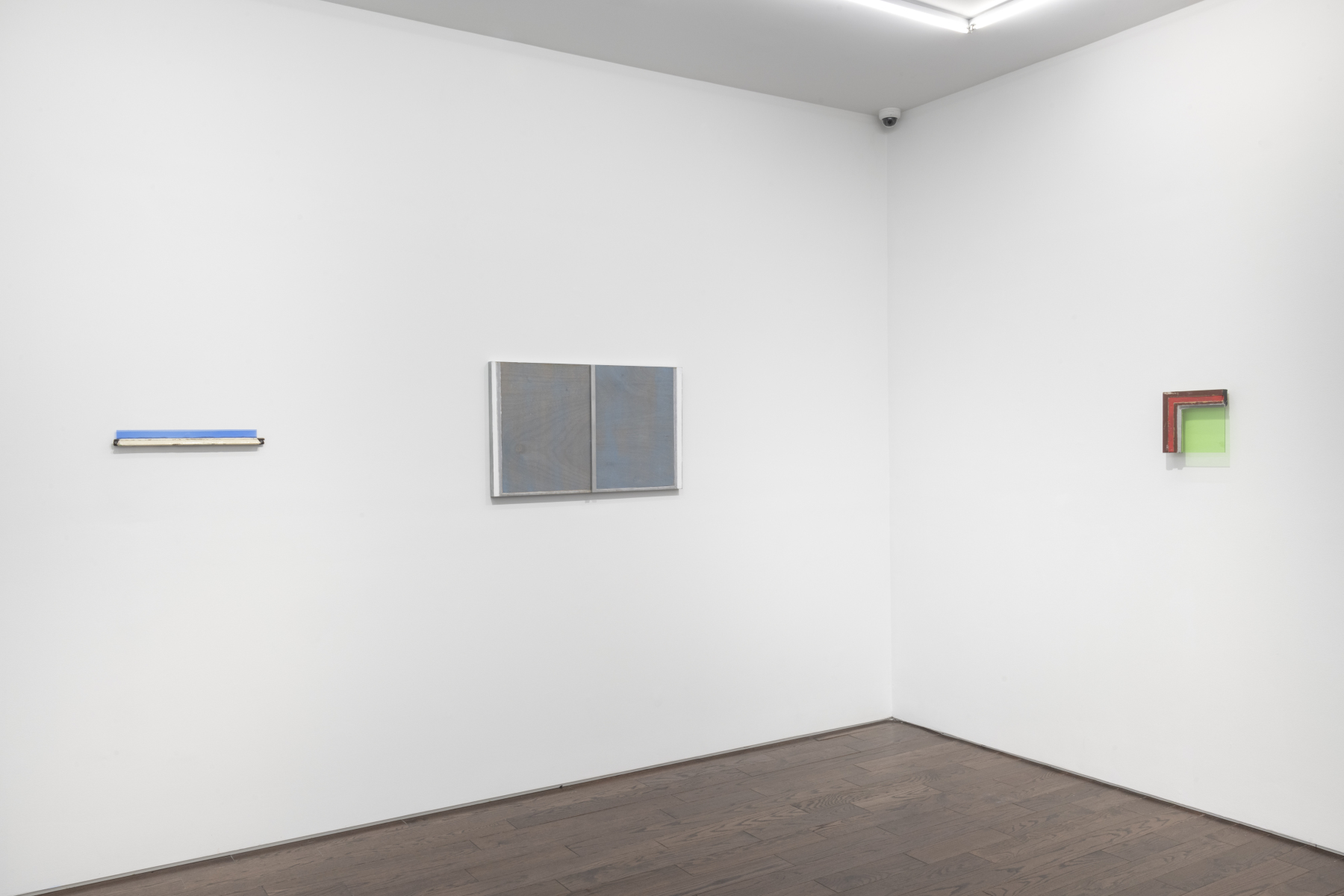 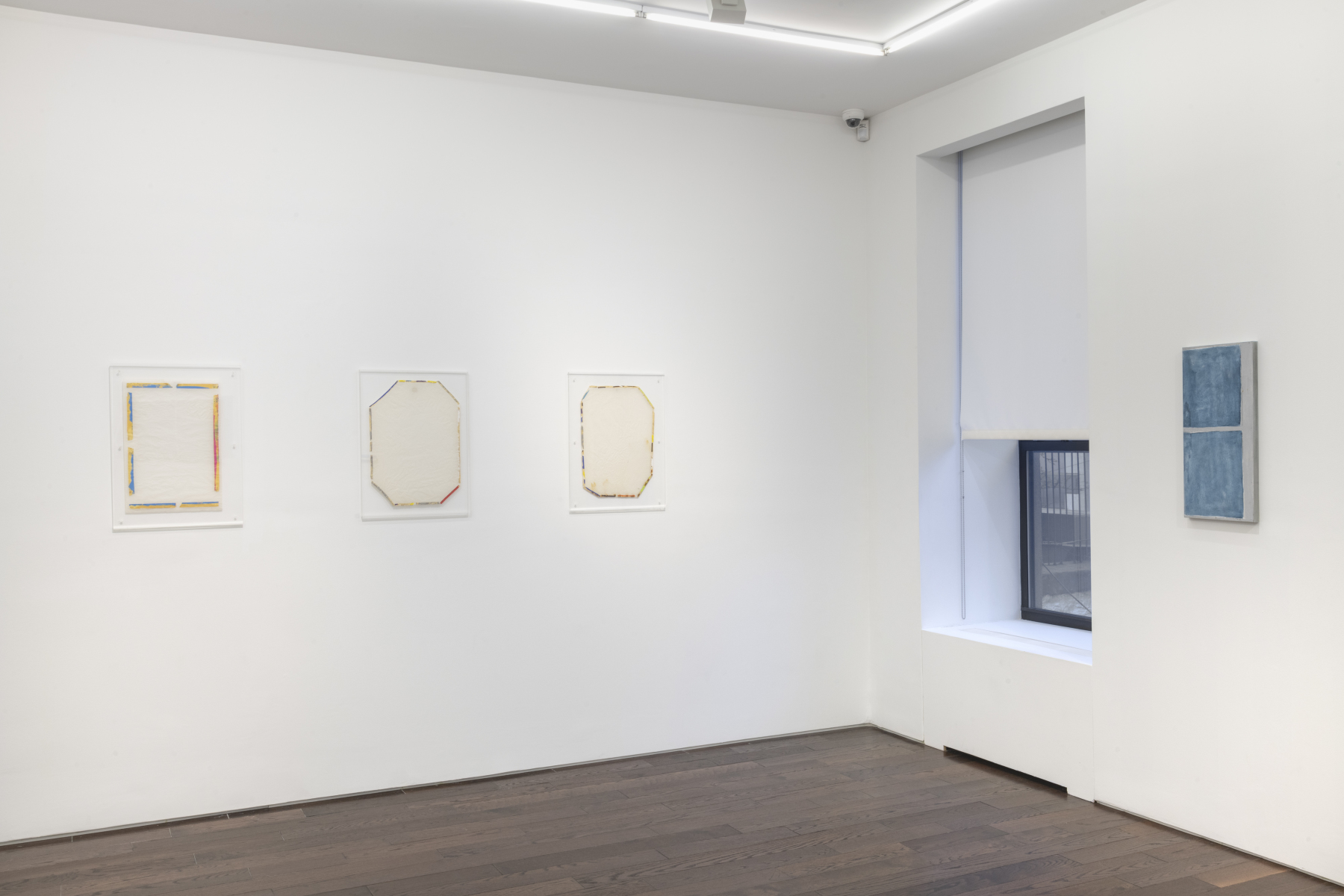 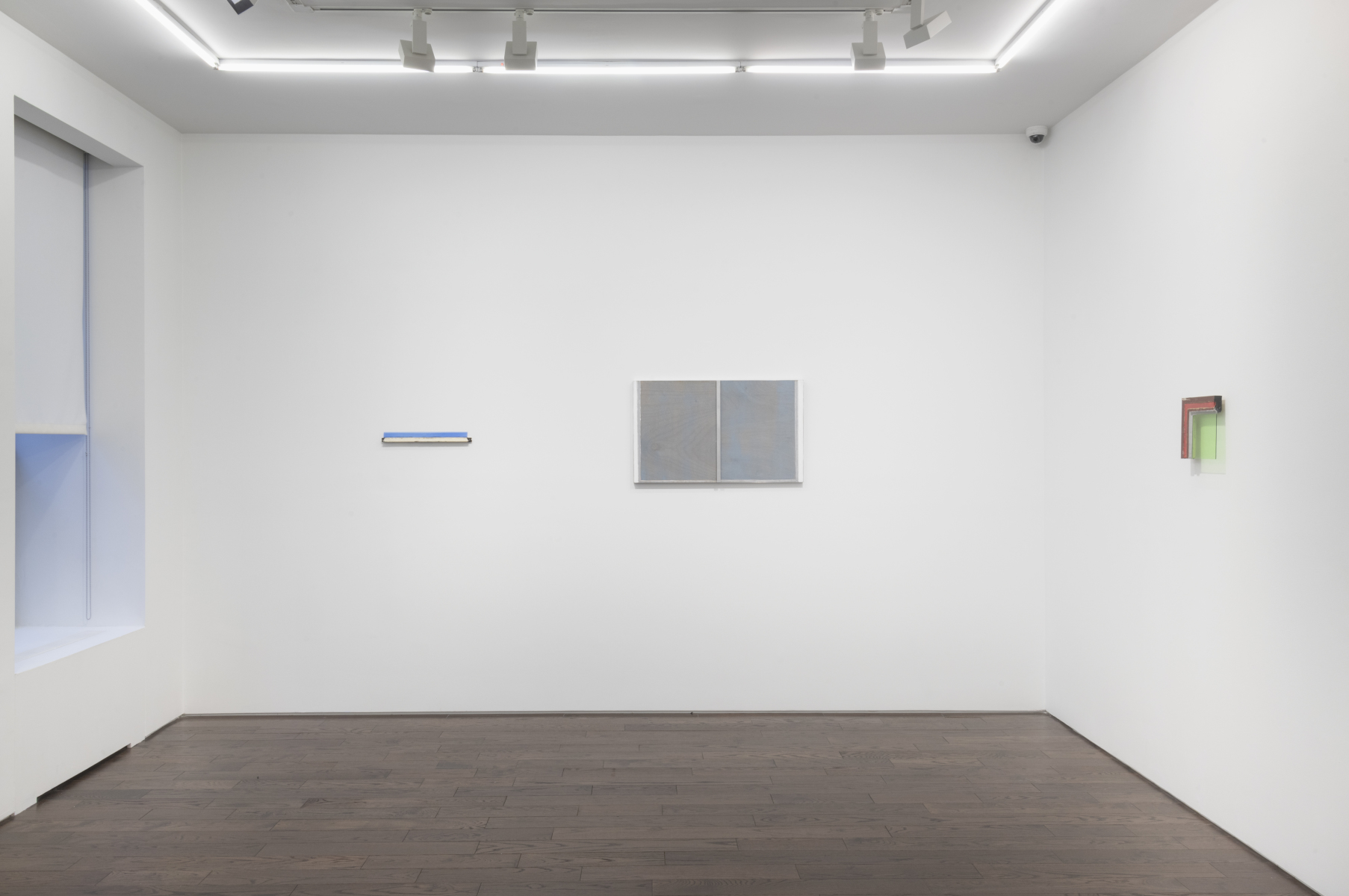 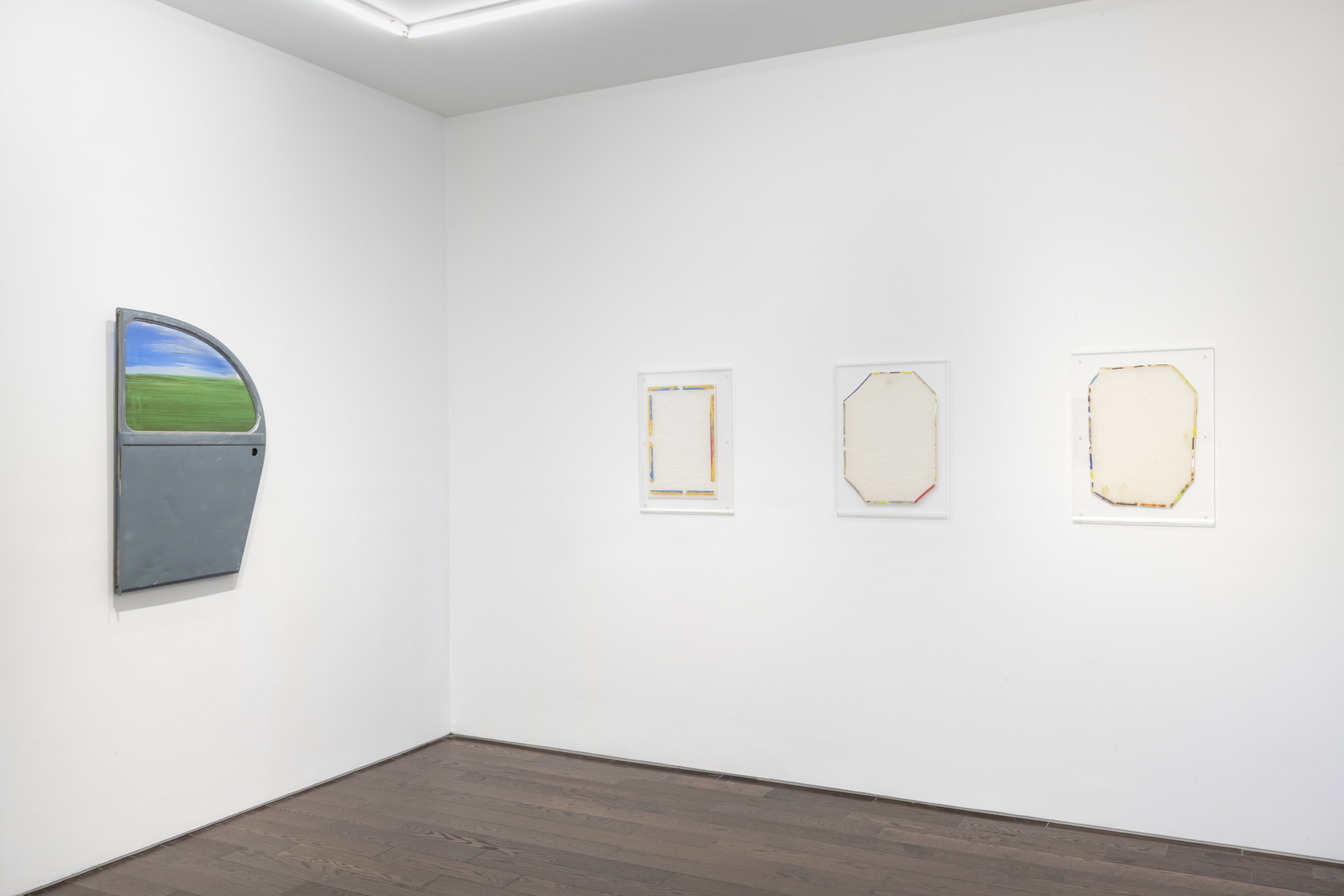 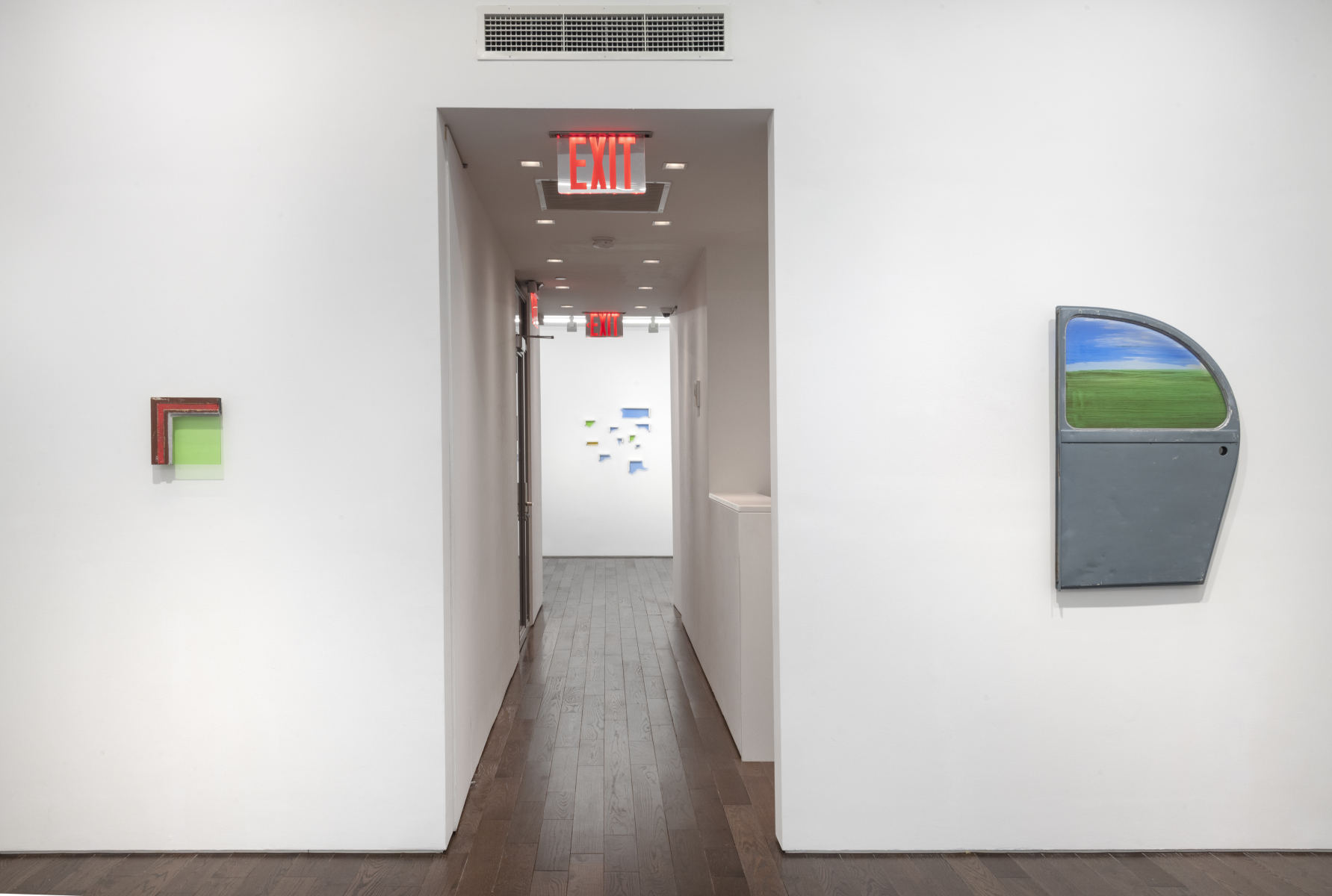 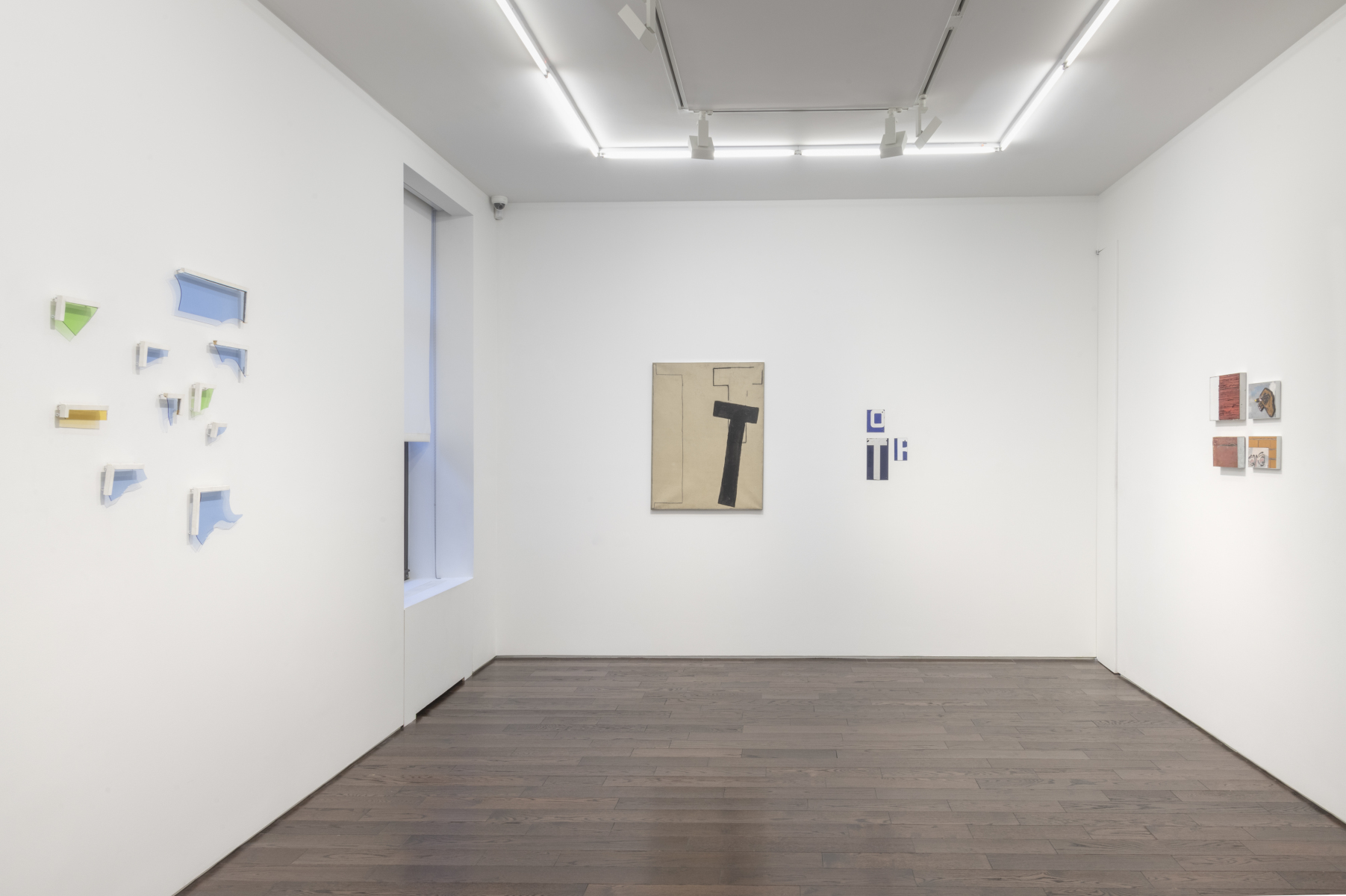 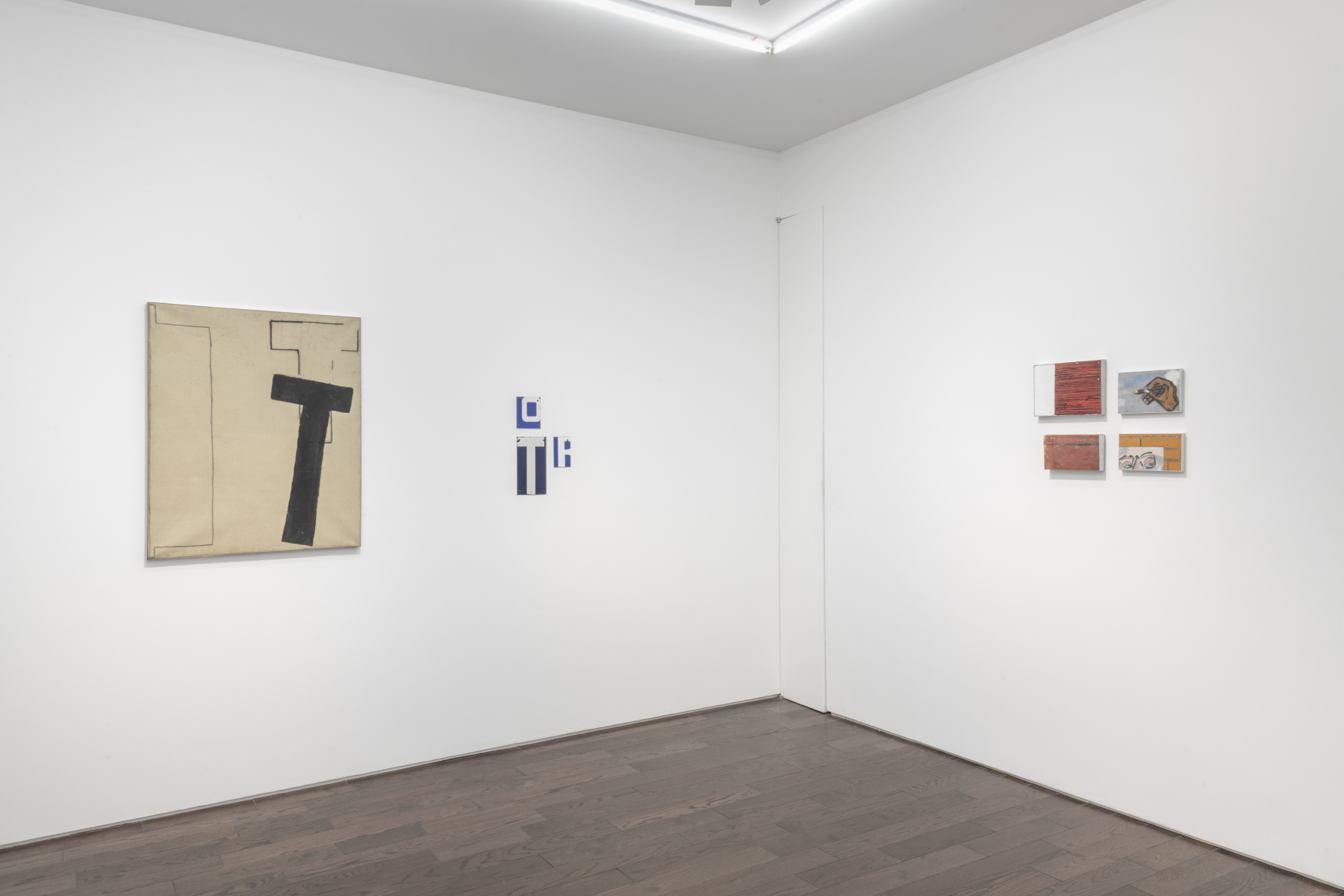 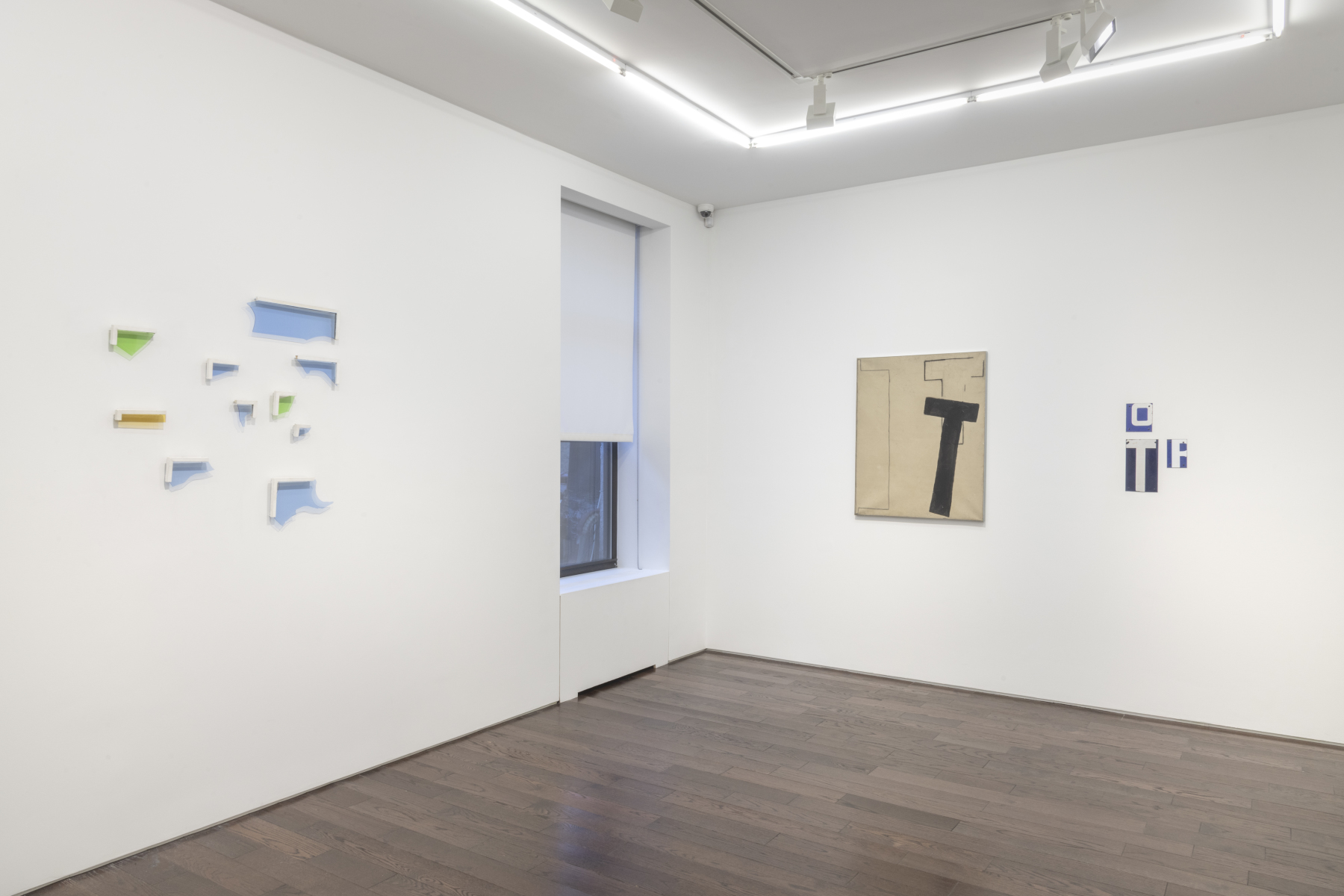 
Pierre Buraglio is not a purist: his economy is practical, not essentialist. For the past fifty years, he has used what is in reach, creating paintings by stapling, nailing and otherwise adhering the objects of his immediate surroundings (and more recently their hand-painted representations) in a restless career characterized by a subtle eros for material and those individuals implicated that material’s production.

And while this methodology will feel familiar to those engaged in recent dialogues about American painting, Buraglio has been overlooked in this country. This current exhibition at Ceysson & Bénétière, featuring historical work in dialogue with recently executed paintings, will be the first chance for many in New York to discover a seemingly contradictory body of work that willingly dives in-and-out of the stylistic ghettos entrenched by our increasingly striated and detached virtual world.

These found window frames, originally made by carpenters or in assembly lines by factory workers, once salvaged by Buraglio, are transfigured, immediately recalling a long history of illuminated architectural glass as a means of story telling. Hugged by the window’s unintentionally storied wood, new panes are clumsily laid in these found enclosures. Like the alcohol in a perfume, the commercially colored glass Buraglio inserts in these fragmented carcasses creates a new but empty object, allowing it to perform like a painting on a gallery wall, but, significantly, not as an opening onto another world. They feel satisfying, like a wrong that’s been righted.

So, what to make of these images in his other work? A memory is cobbled together from small roughly cut pieces of plywood, painted with red brick walls and generically ornate black balustrades abutting anodyne seascapes, all of which are nailed onto found sheets of worn zinc, like so many pop-up advertisements interrupting a metallic monochrome. In other works, the cobalt blue and emerald green of the “Windows” appear again, but this time as fields of paint that insist on horizon line, sky and fields of grass.
If the windows were a set up for a joke about the artist as the architect of portals to the soul, is the punch line hand-painted and uncomfortably earnest?

Buraglio’s gambit dares the viewer to shed pretenses of consistent style is favor of memory as an organizing force, a memory which, in Buraglio’s case, envelopes artistic typologies. It’s a memory implicated in the material itself: the taste articulated by the balustrade; the rowboat from a gauzy pre- industrial past; the masking tape that helped make a painting we will never see; hand made windows, which, today are no longer made by hand; and perhaps most strikingly, the least pleasant aspect of memory: its loss.

That loss includes the displacement of Paris as the center of the avant-garde, its capitulation to New York, and half a century of subsequent French resentment. Now, as we enter what appears to be the final act of the Pax Americana, perhaps the time has come for the center to again move elsewhere...