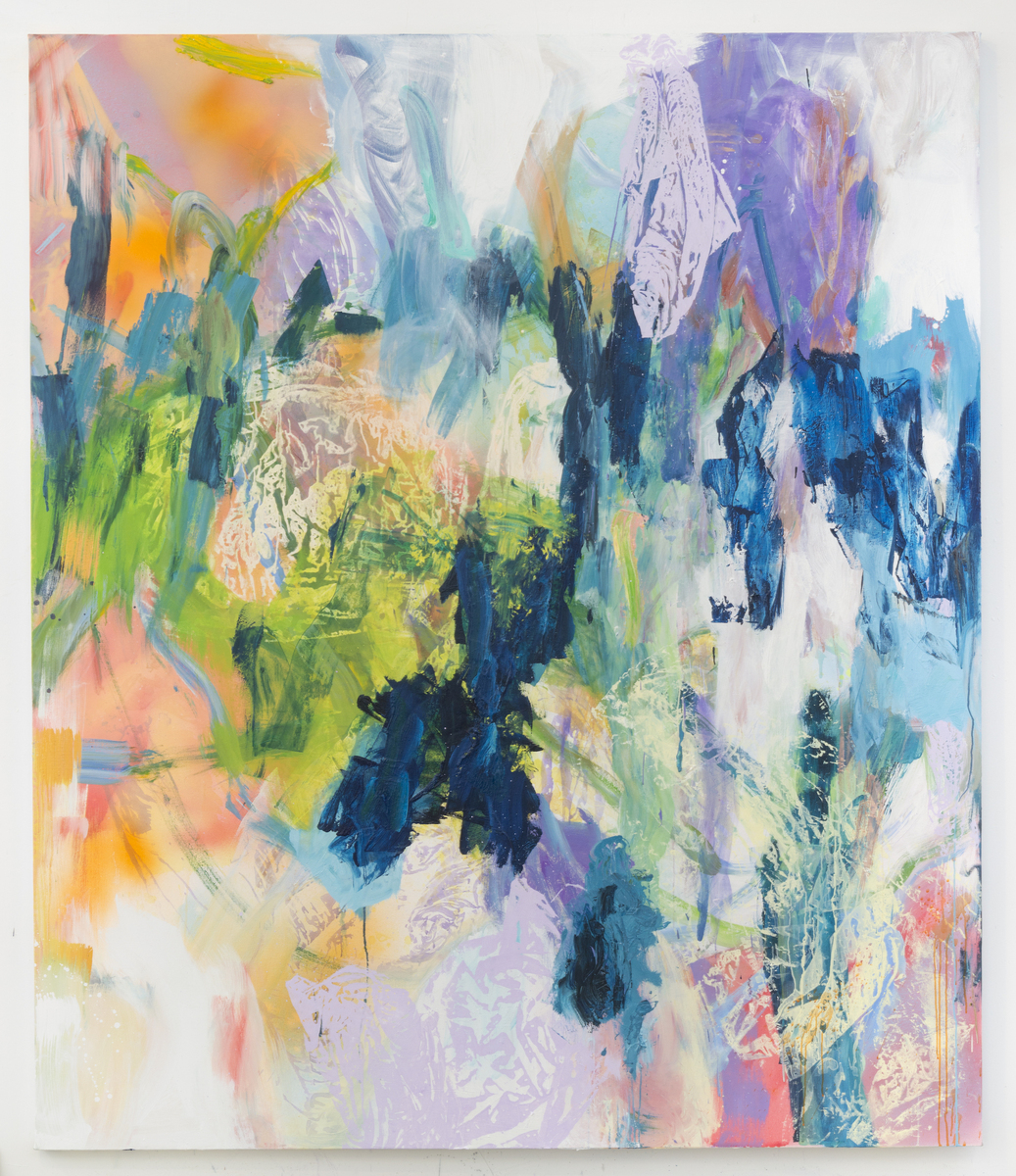 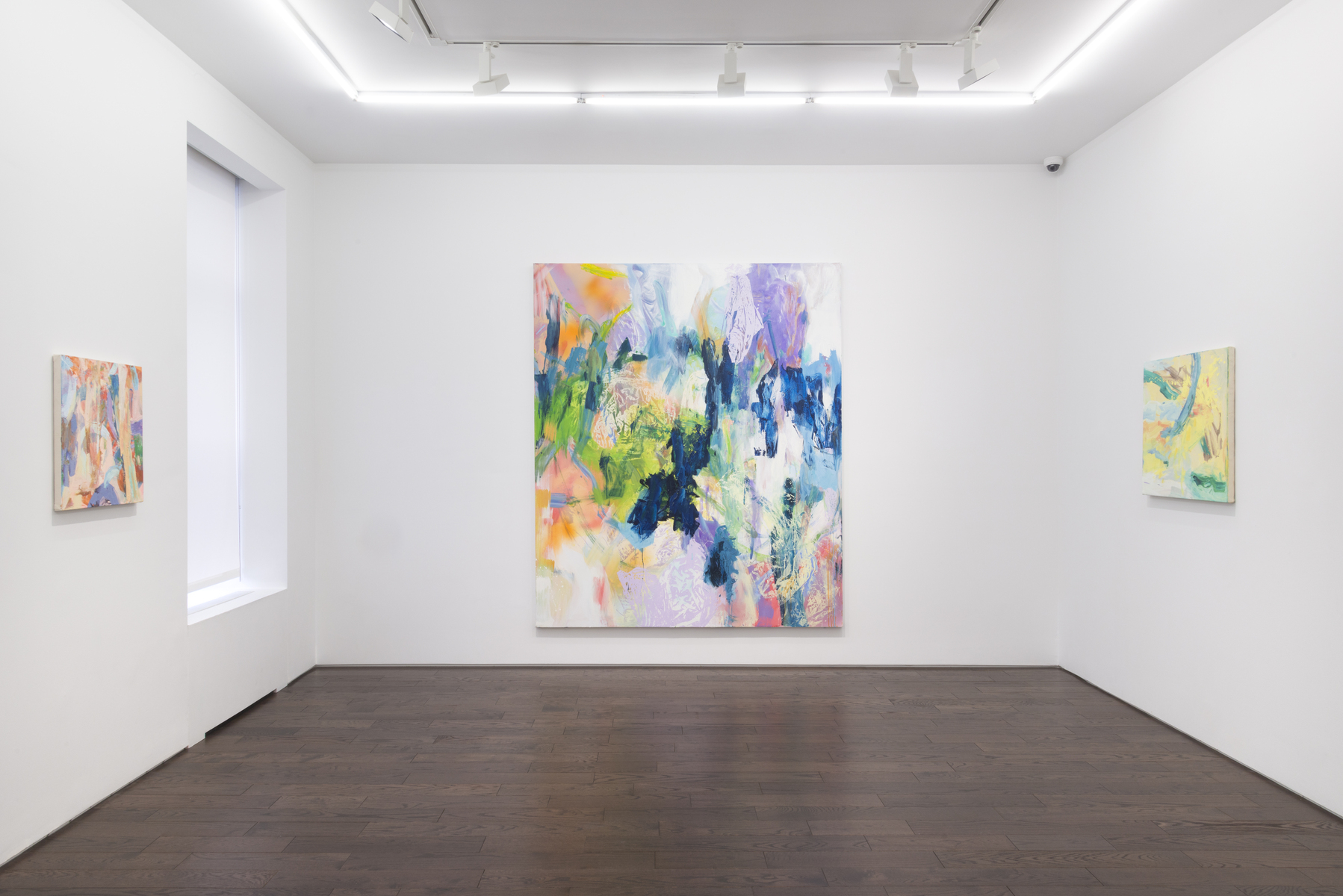 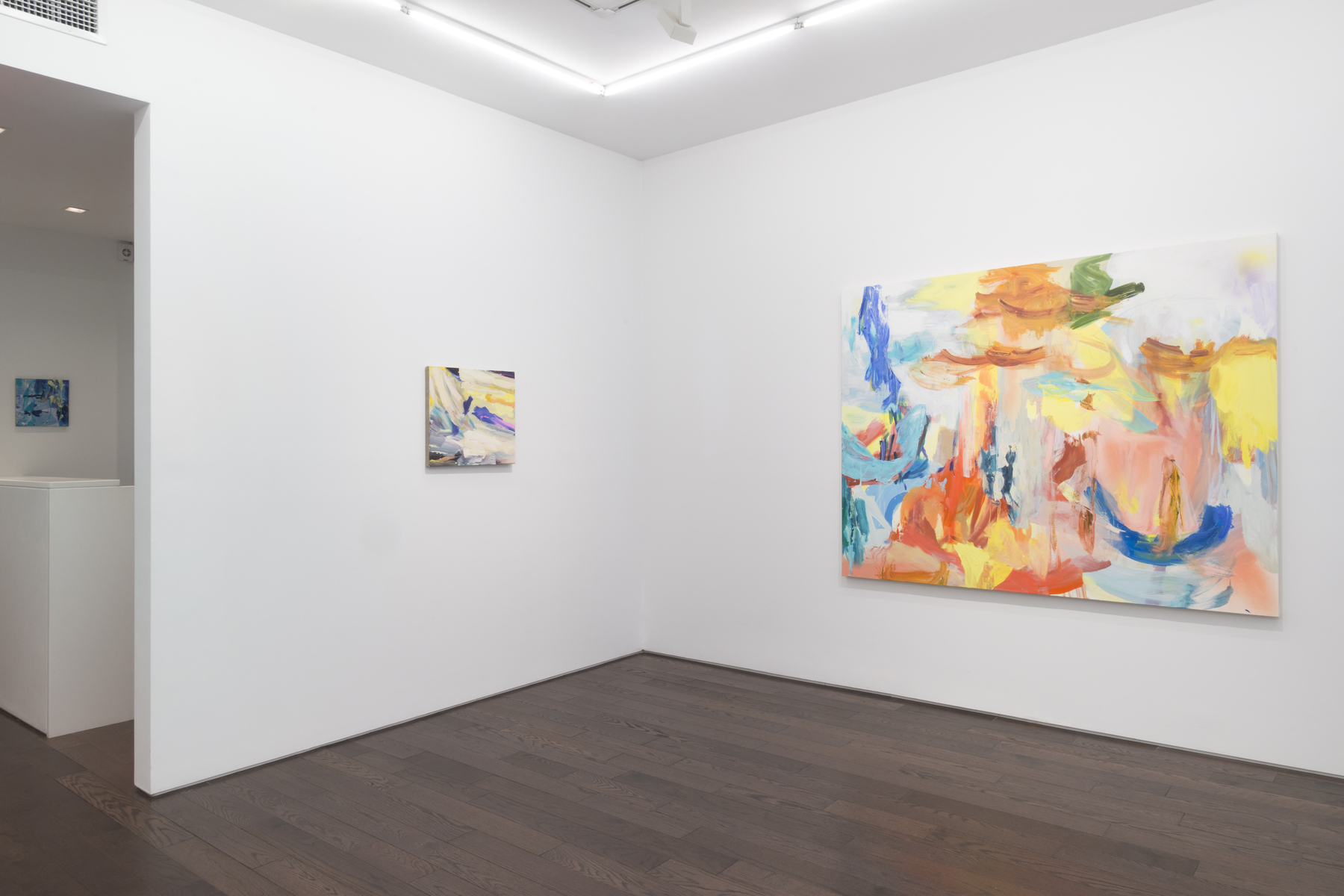 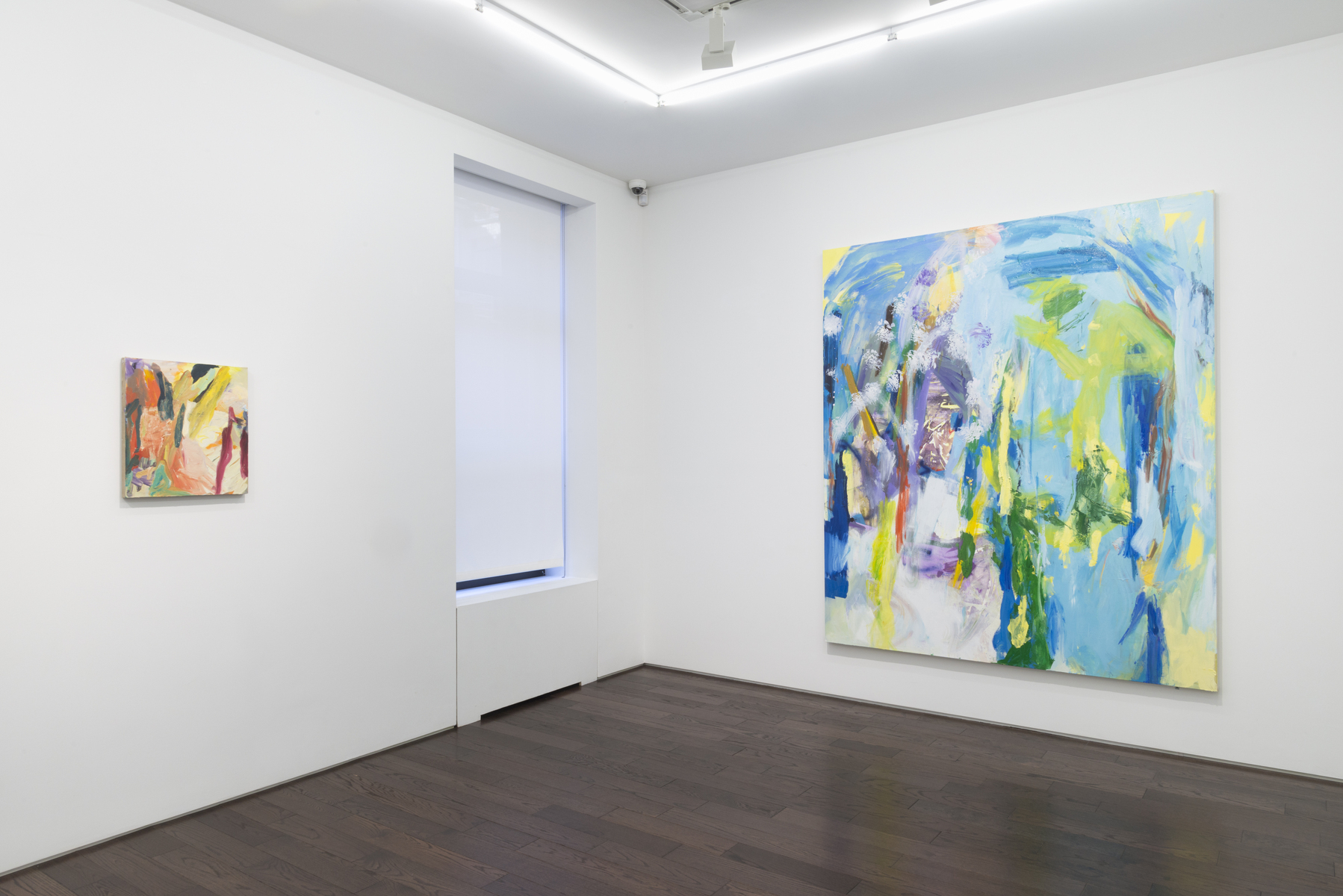 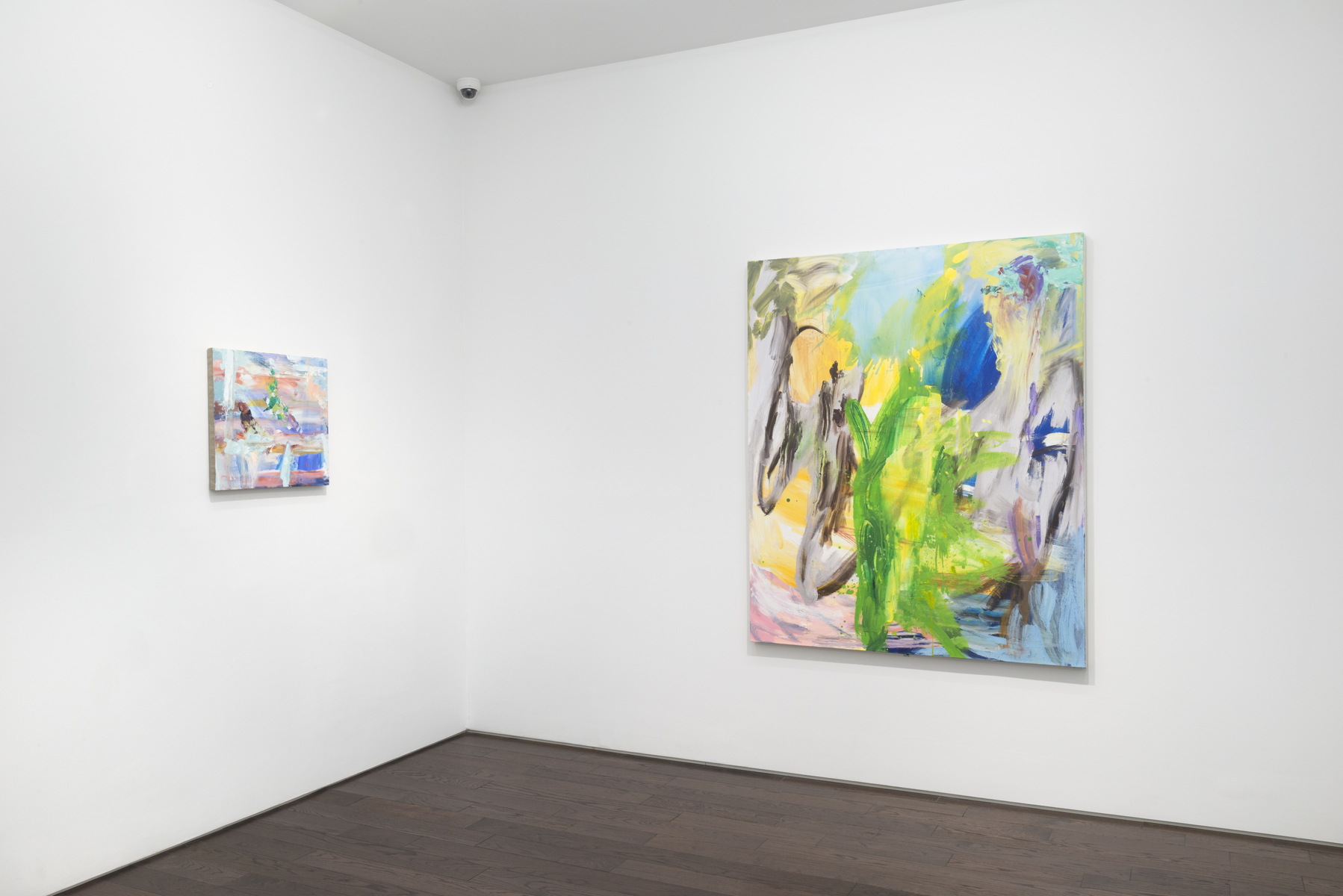 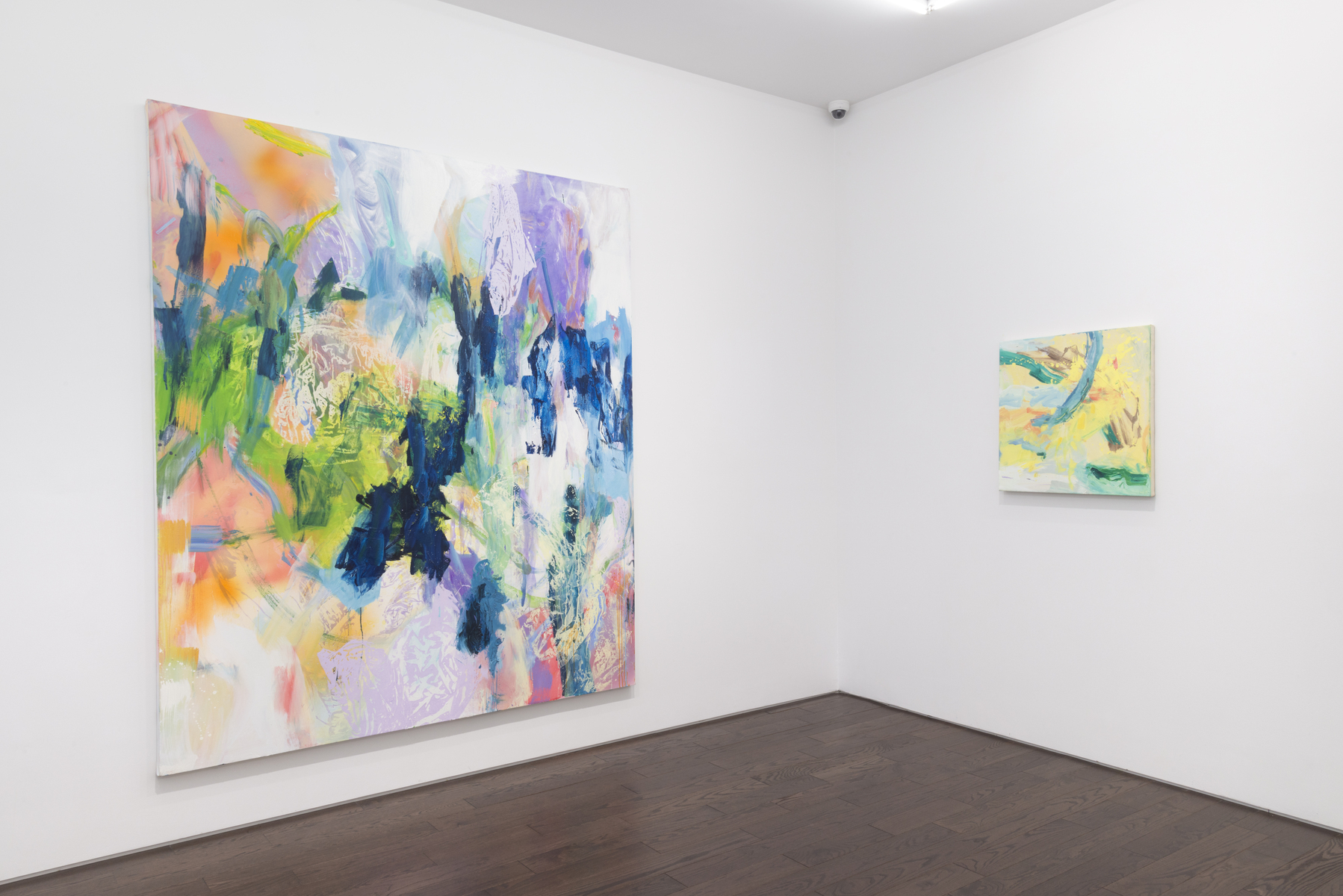 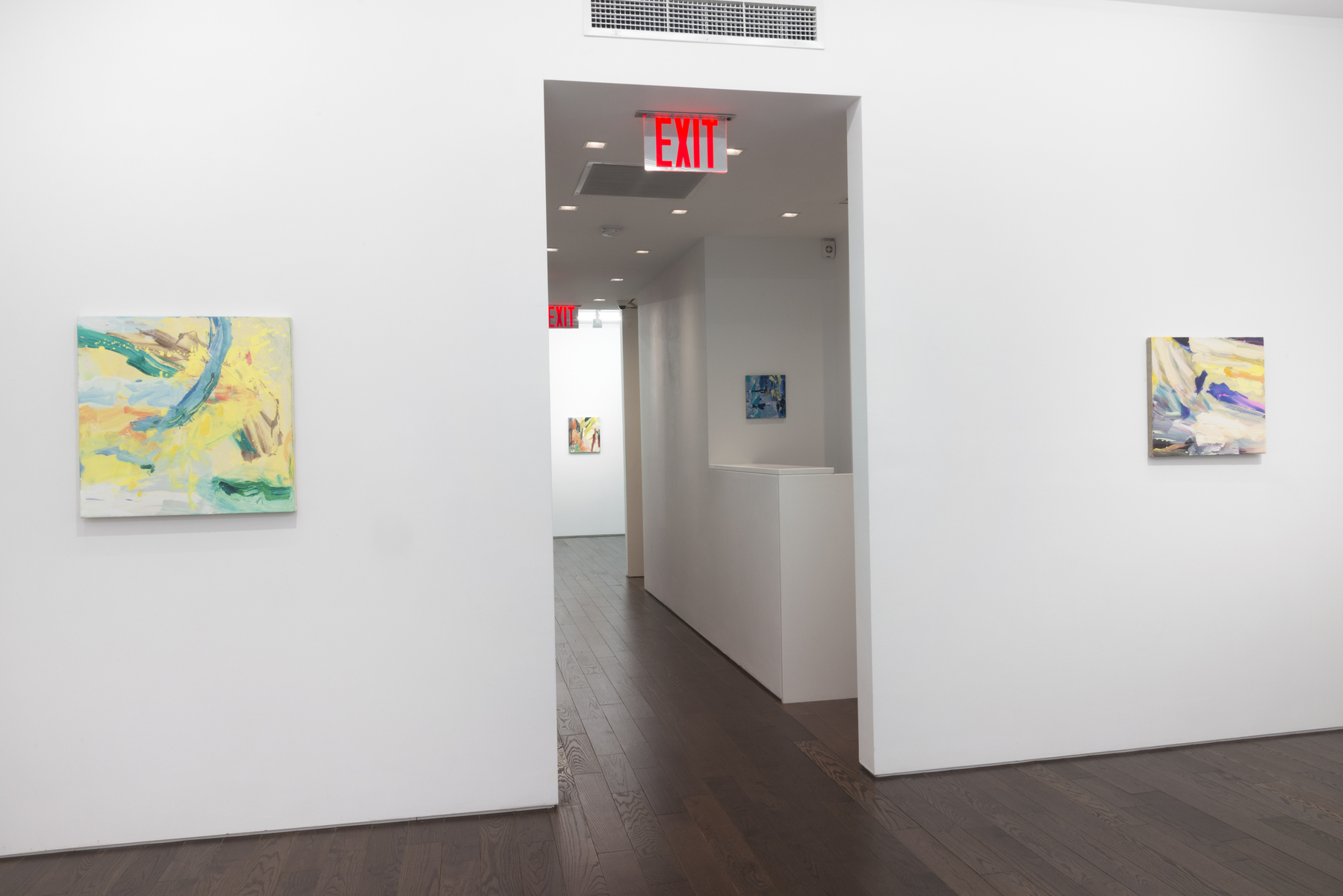 Wallace Whitney’s work is marked by activated gestures, a considered palette and an ambitious use of scale to make paintings seemingly breathe. Building complex formal rhythms with dripped and spattered paint, Whitney’s canvases blend thick, organic brushstrokes with layered fields of color to assemble compositions that revel in the space between accident and intention. His practice exploits the generative possibilities of experimentation, incorporating unorthodox compositional strategies and unexpected methods of applying paint, in order to make motley grounds of tangled shapes that coalesce into precarious equilibrium.

Variously loose, dense, and deeply layered, Whitney’s paintings indulge in the process and materiality of painting. Whitney is known to work on many large canvases at the same time, in a way that leaves each of his paintings open to the influence of neighboring works. Such a process can account for certain compositional similarities between canvases produced at similar times, but stops short of providing a structural framework for developing compositions. Instead, Whitney broadens each painting along the lines of its own, proprietary logic, as he responds to the incremental changes of the work’s internal structure. Taken together, Whitney’s paintings synthesize diverse elements of felt daily life and various abstract painting languages to create complex compositions that embodies his own vision.