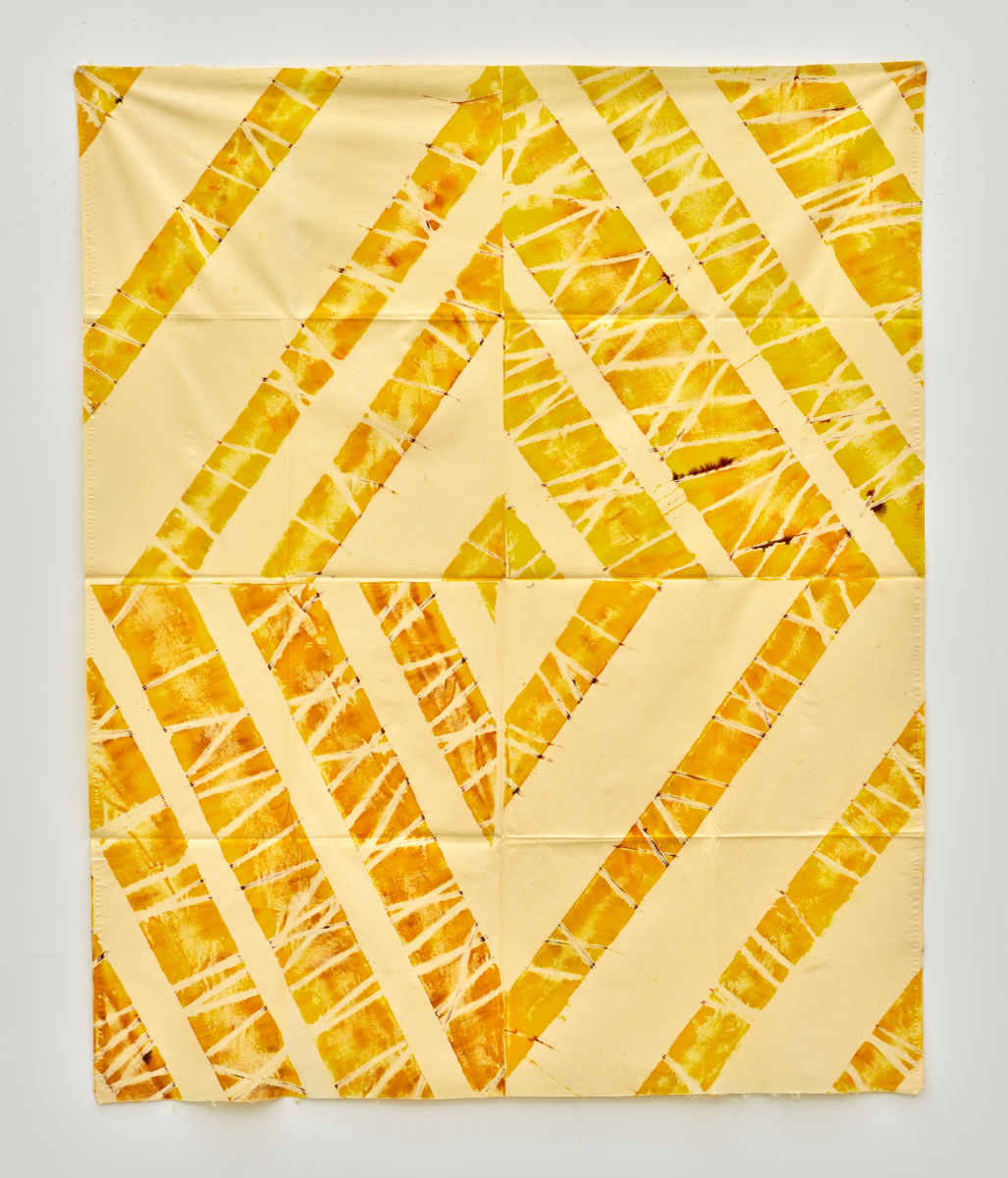 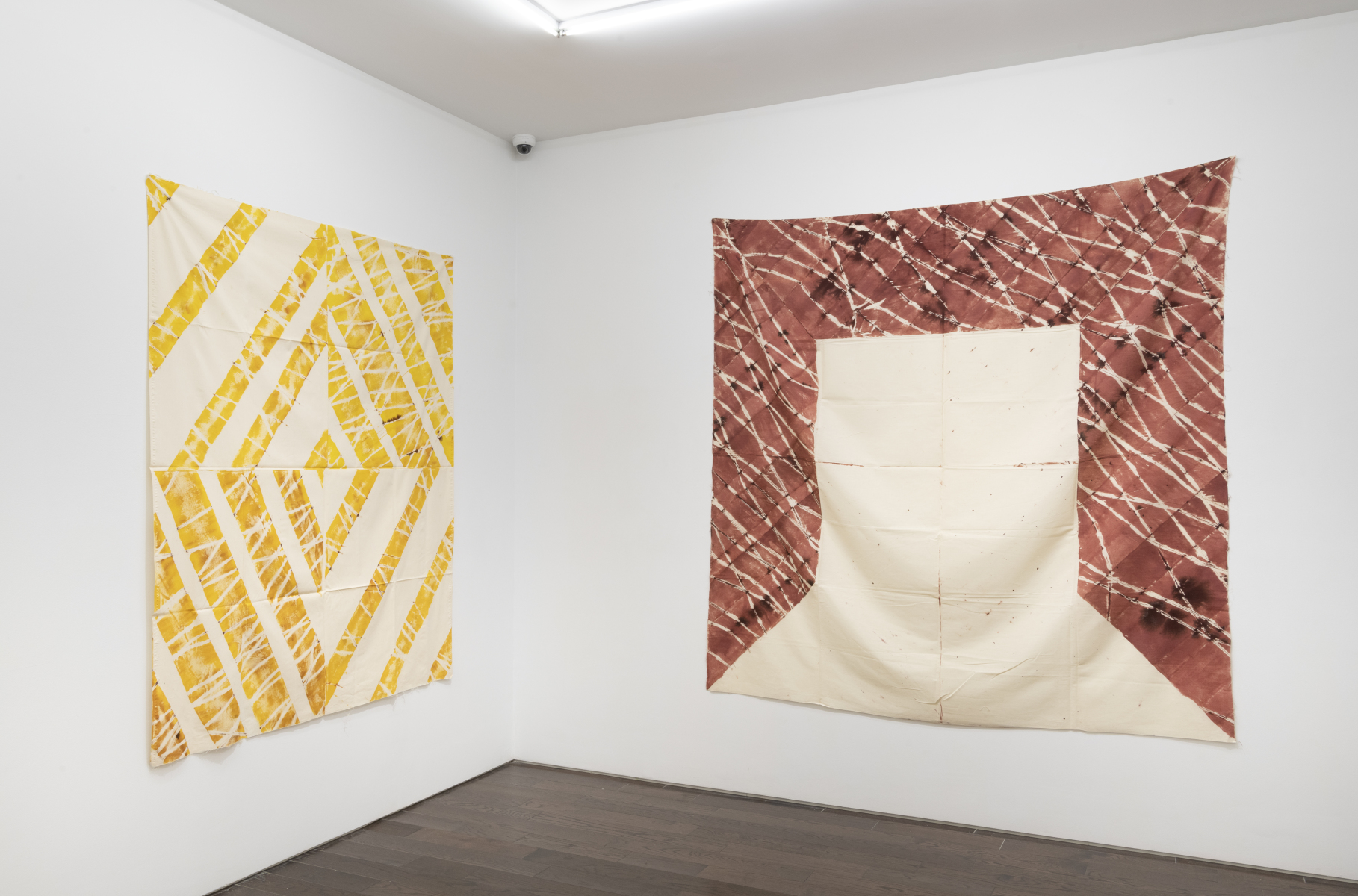 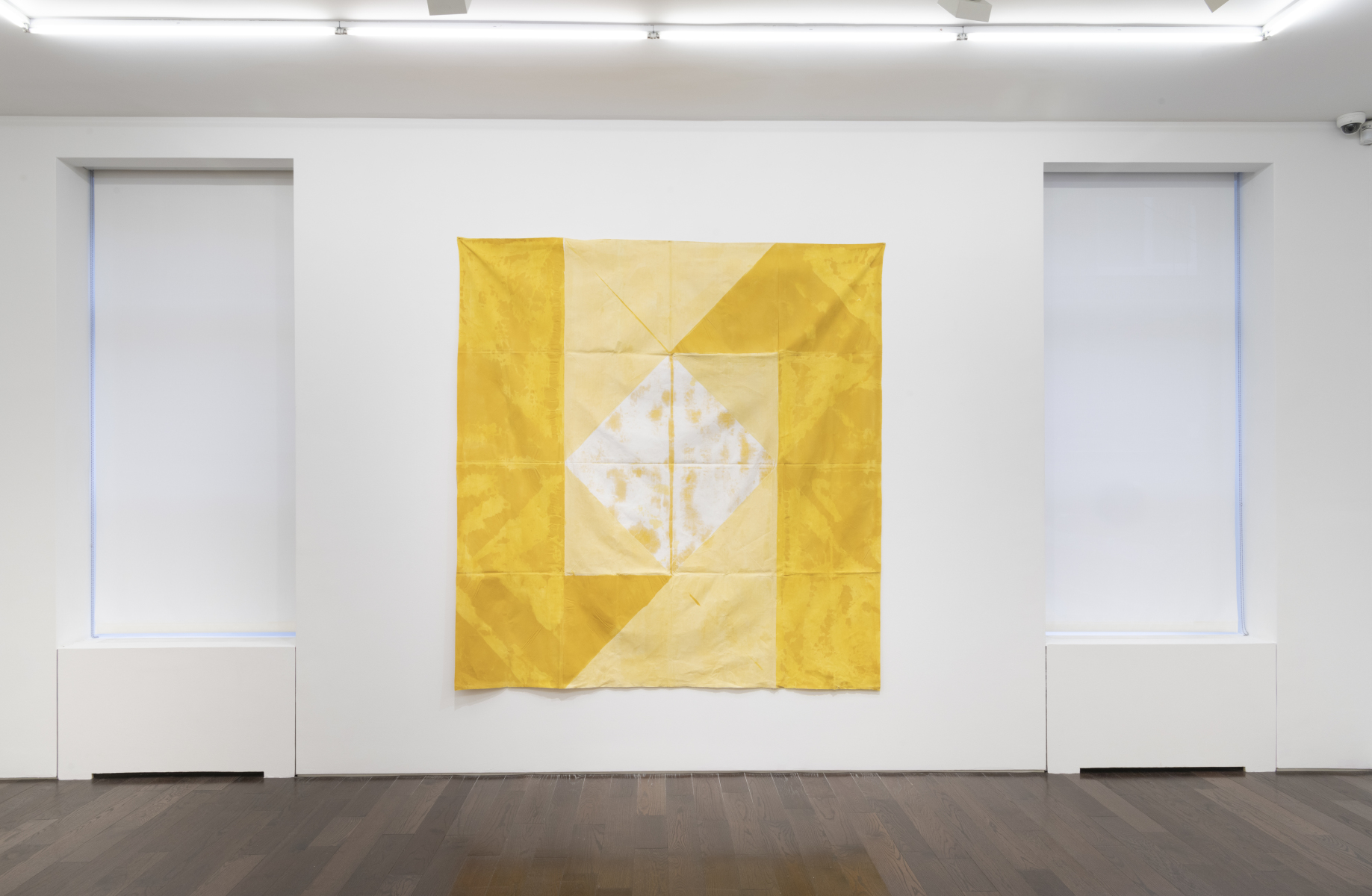 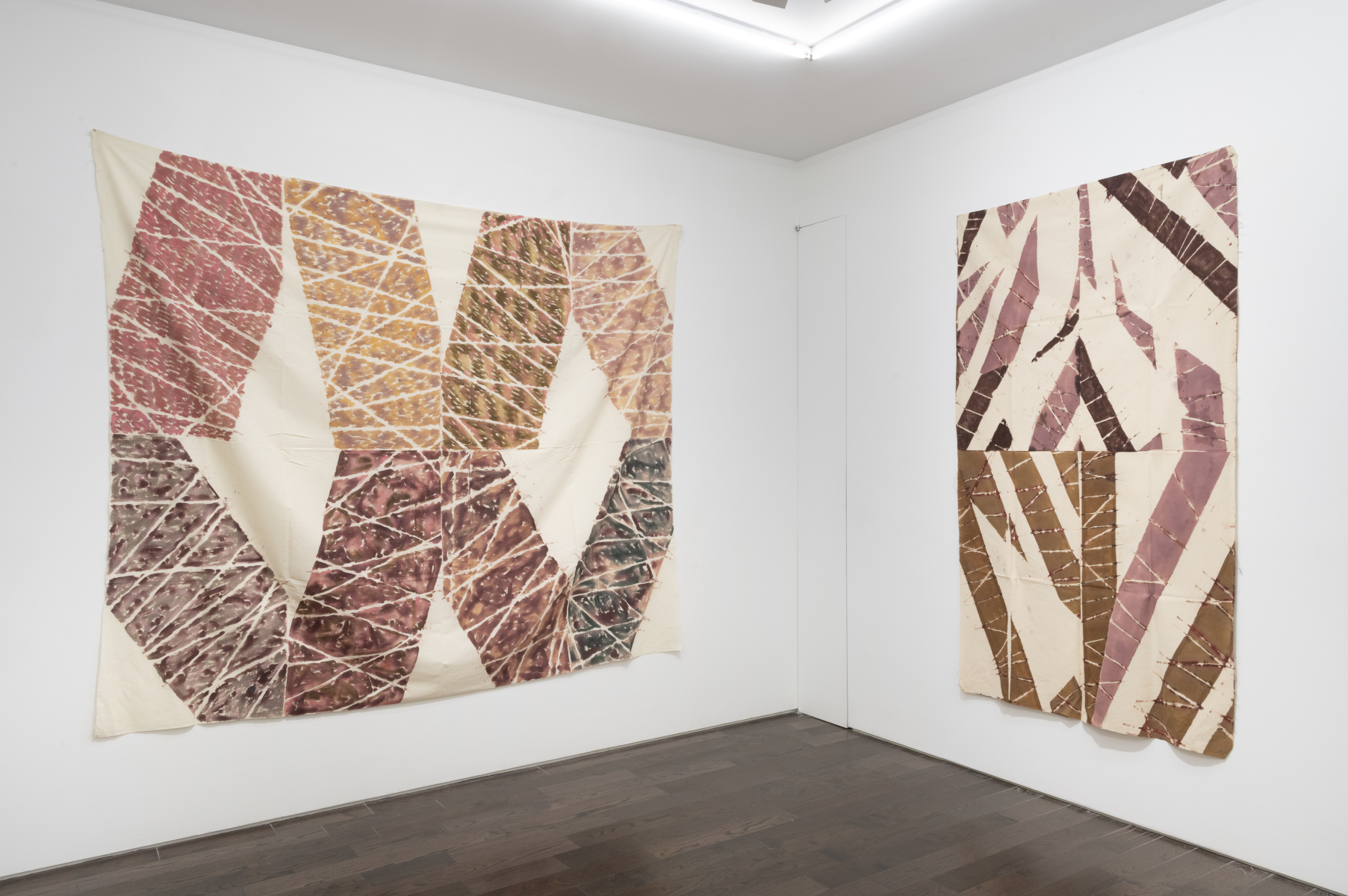 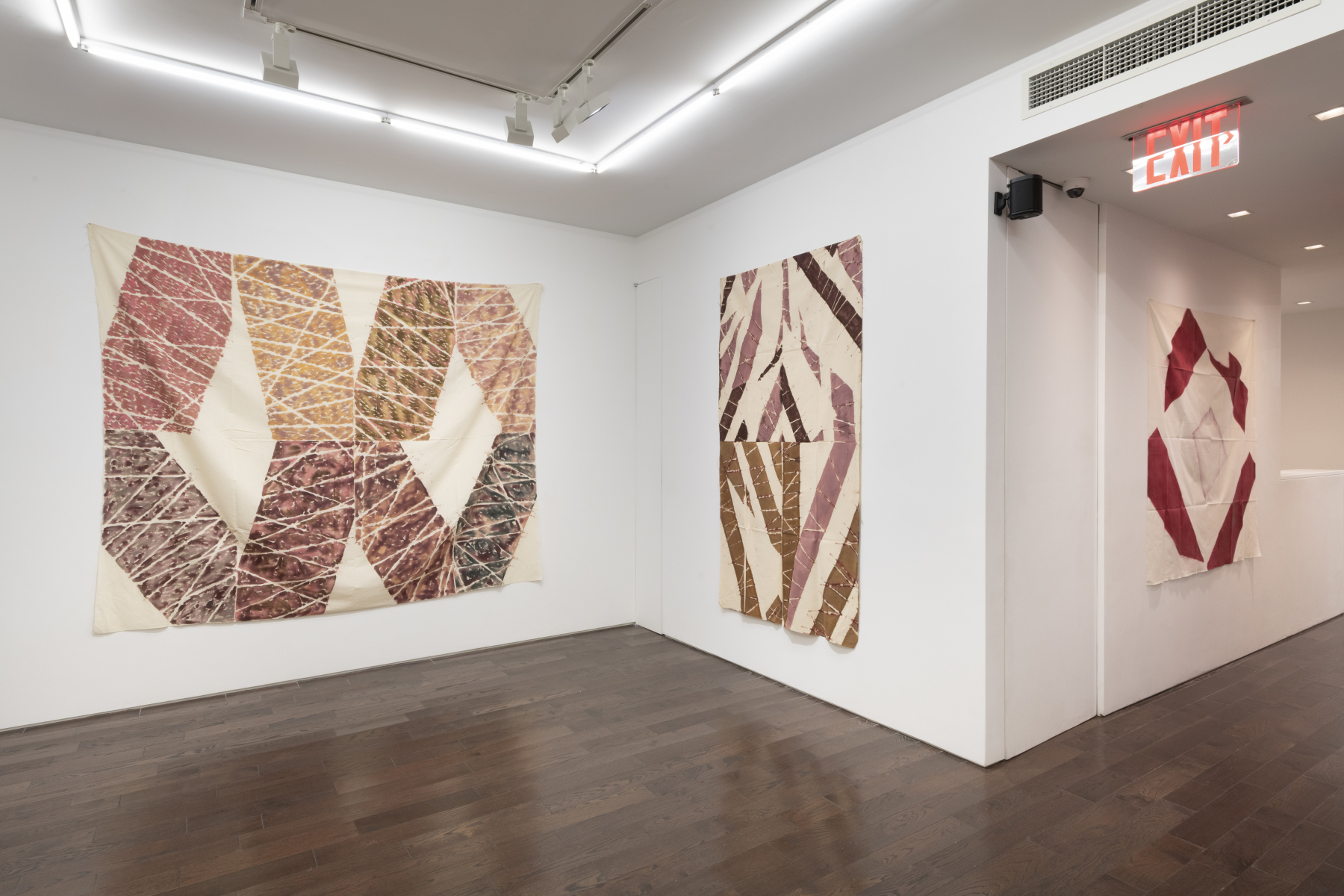 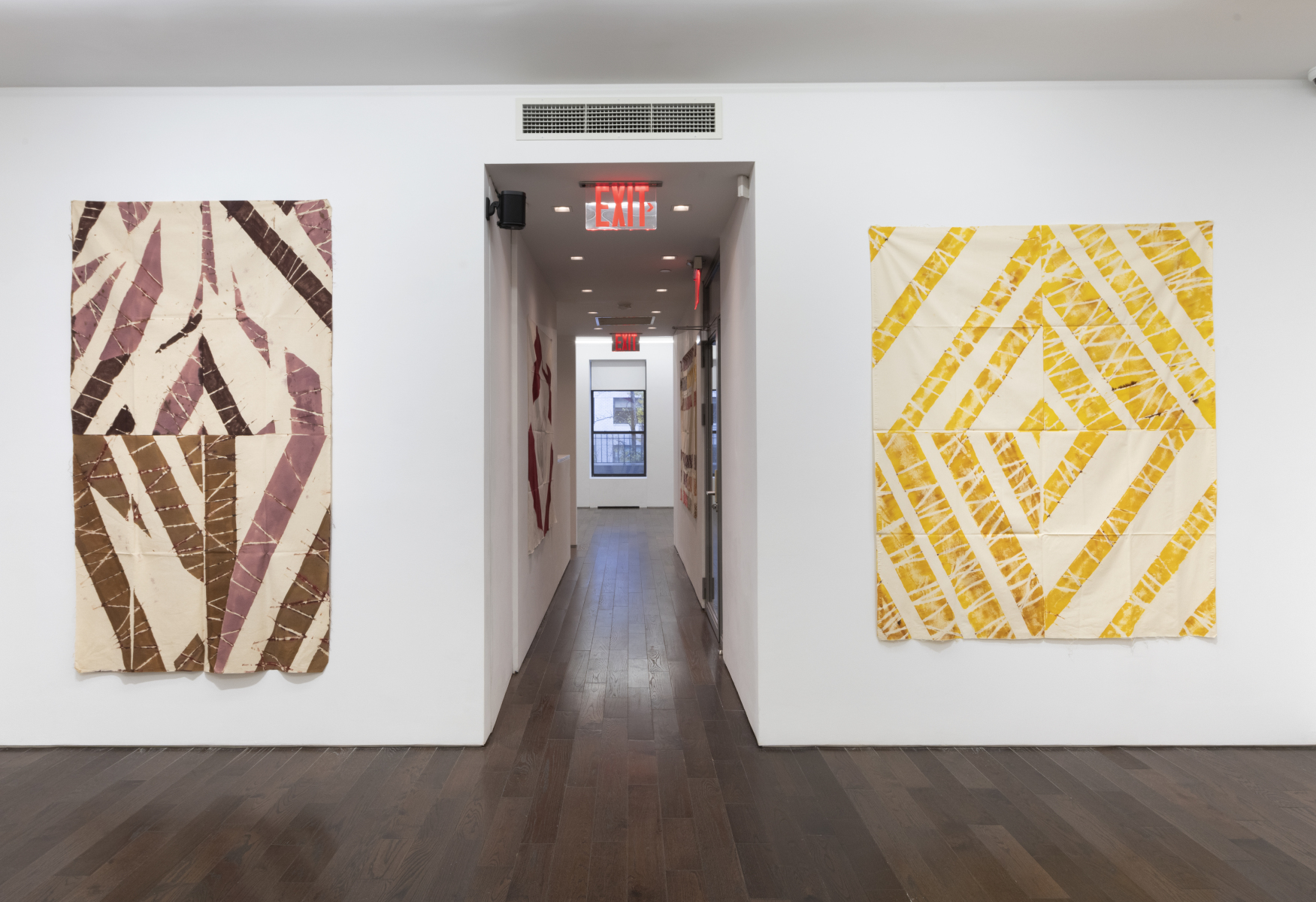 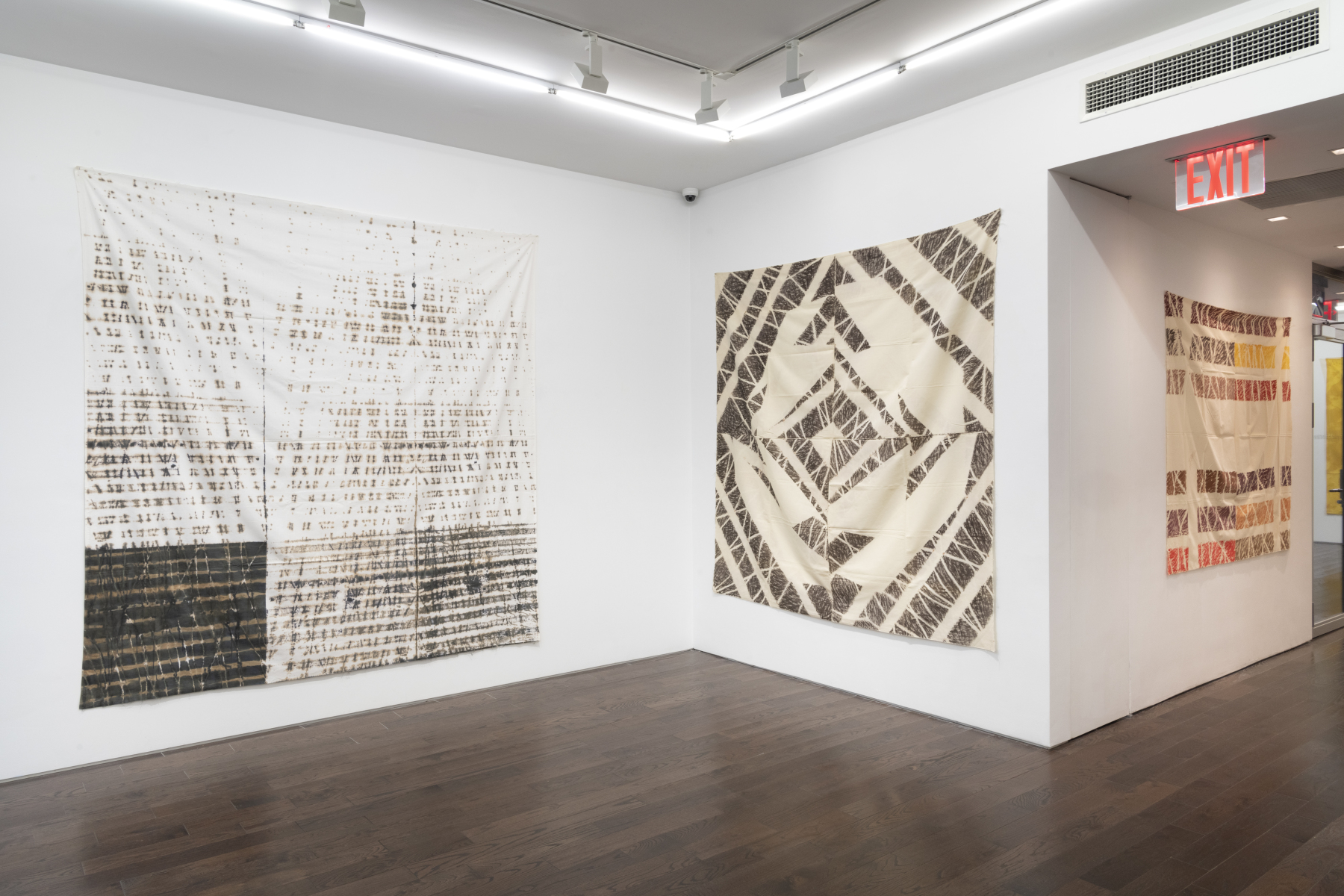 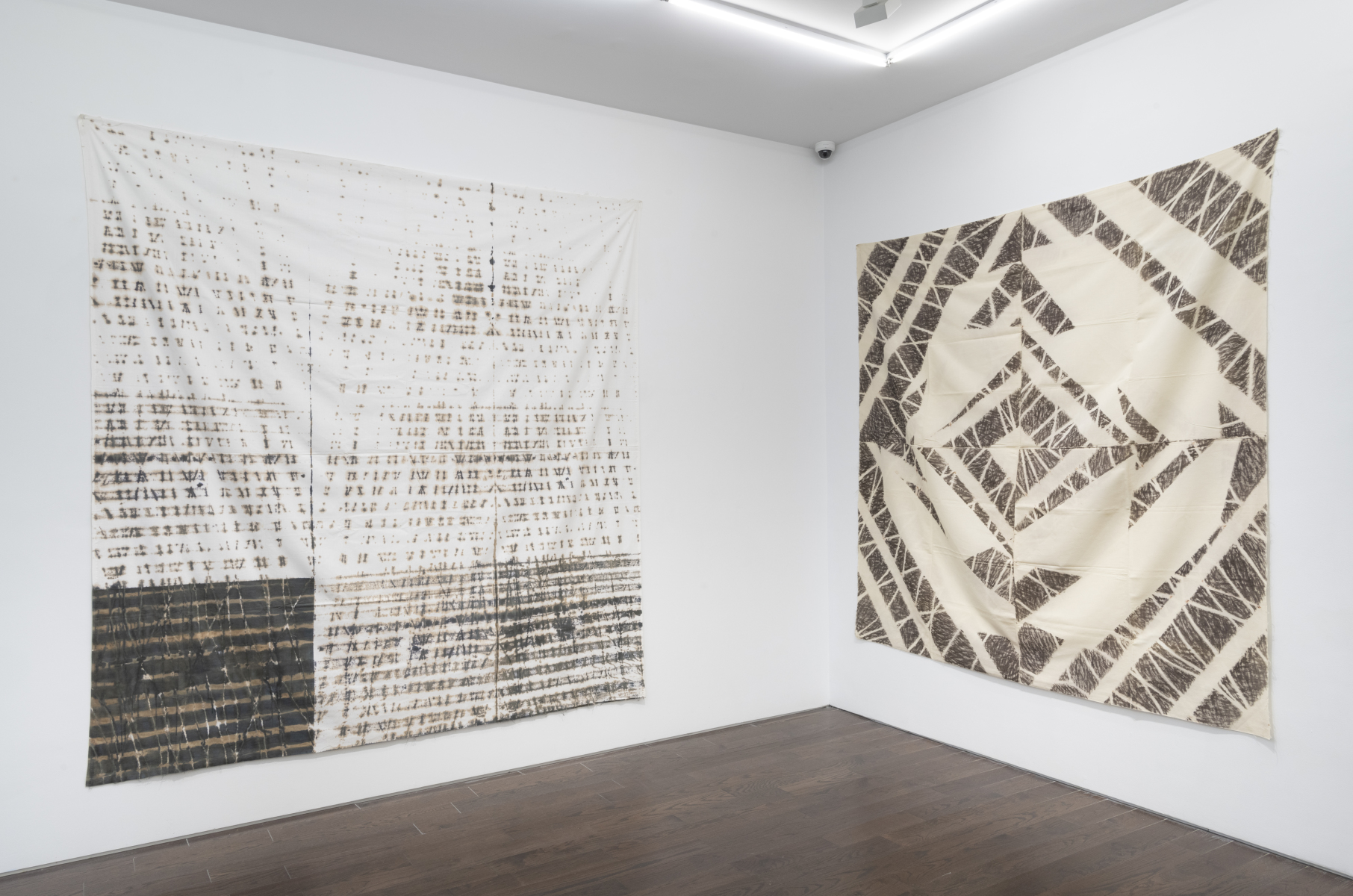 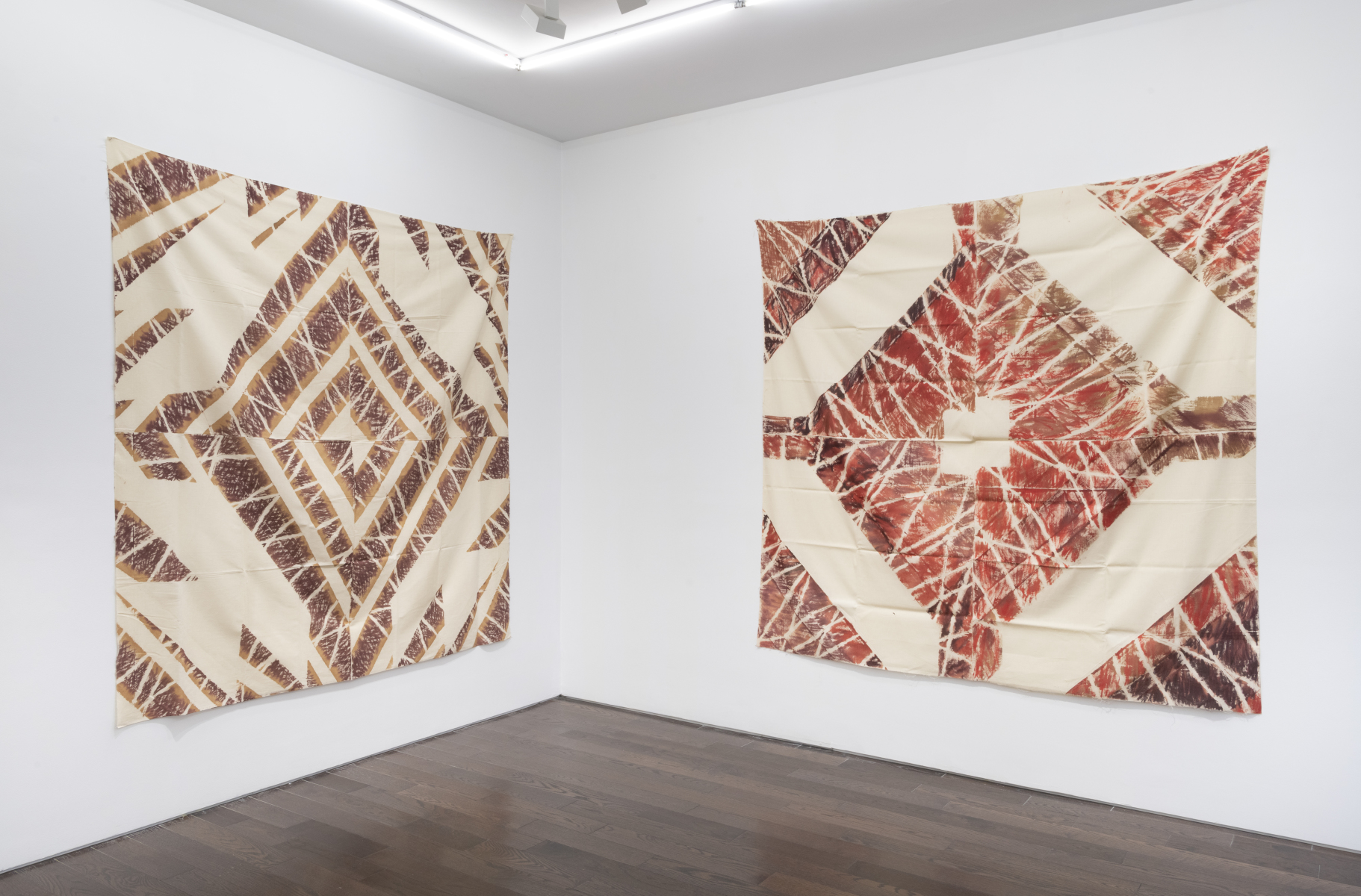 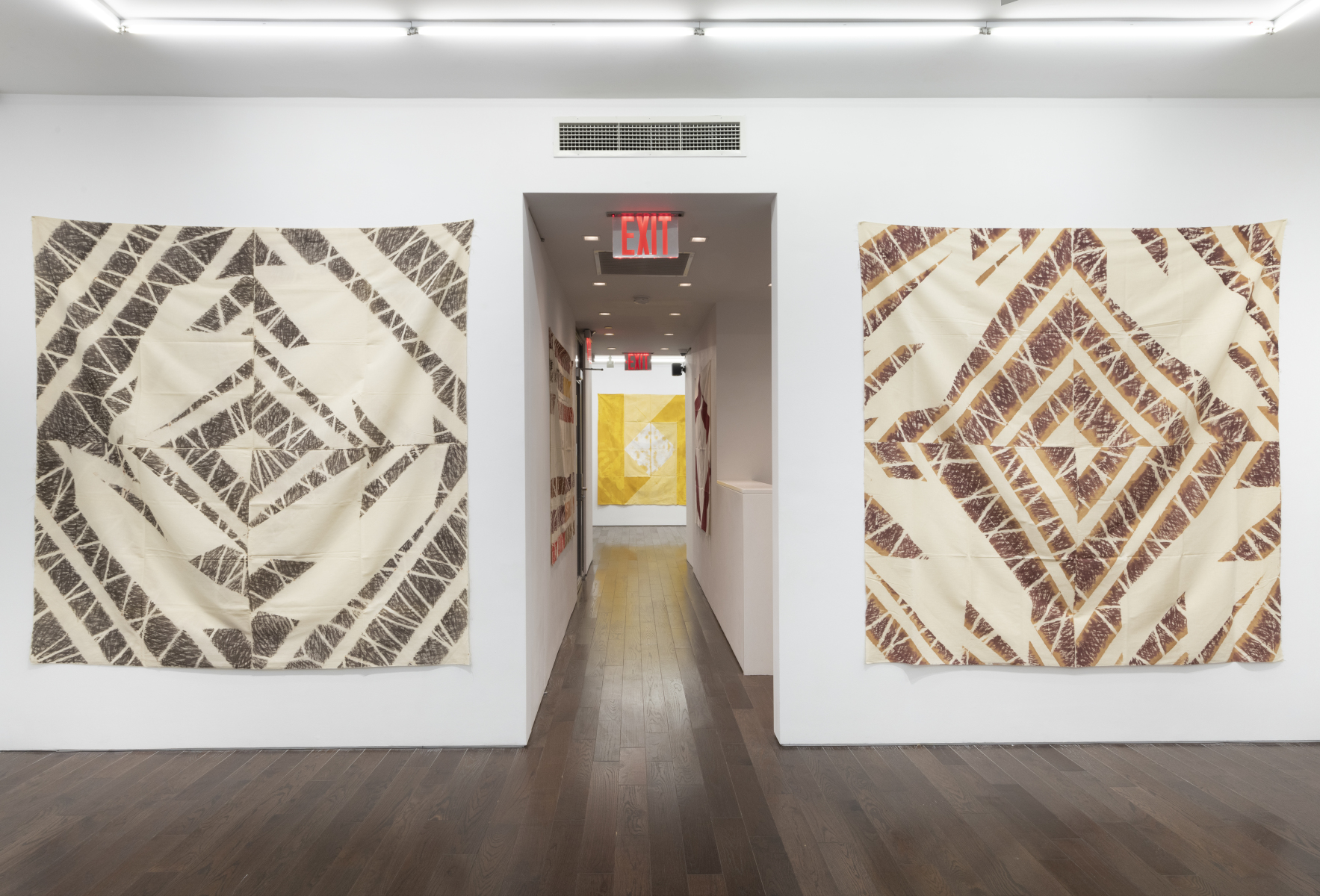 
Ceysson & Bénétière New York is pleased to present a solo exhibition of work by French artist André-Pierre Arnal, spanning from 1970 to 1986. The show will be on view from December 7th, 2022 through January 21st, 2023.

A key figure in the historical Supports/Surfaces movement of the late 60s, André-Pierre Arnal sought to reimagine the formal elements of the painting through the examination of  its materials. In his work, Arnal focuses in the deconstruction of the traditional medium of painting — emphasizing how each component of a work should be considered both individually and as a whole. The paintings on view date from the end of the movement, marking the beginning of his work following the dissolution of Supports/Surfaces.

In each work, Arnal employs an array of techniques – crumpling (froissage), folding (pliage), tying up (ficelage), stenciling (pochoirs), rubbing (frottage), tearing up (arrachements), collage, tearing (dechirements), and folding/crushing/extirpating (pliage-arrachements). Each one of these methods is paramount in every Arnal piece. In the artist’s own words, “the technique, whatever it is, is what links the material and the concept. It’s been so since the dawn of history. And it continues because it is the foundation of creation and culture.” Arnal honors the relationship between the material and concept by not only using this variety of techniques, but  by also explaining how the act of creating the work is just as important as the end result, stating, “it is the very progression - the theory and the practice – which must be coherent and pertinent – rather than the end product.”

The works on view, whose palettes are warm and solar, offer a contrast to Arnal’s more commonly used greens, blues, and grays. Each piece evokes a strong sense of enthusiastic comfort, as if the bright color is asking the observer to come inside, to rest. When asked specifically about his palette from the 1970s through the 1980s, Arnal stated,“The colors of the paint invite you into a parallel world, fragile, where anxiety for all the misery and victims on our planet doesn’t exist. The colors of the paint are only a counterbalance, a candle flame besides an atomic conflagration. But this glimmer of light constitutes part of the last areas of liberty.” That “glimmer of light” brings warmth and vibrancy, offering reprieve from the winter in which these works are shown.