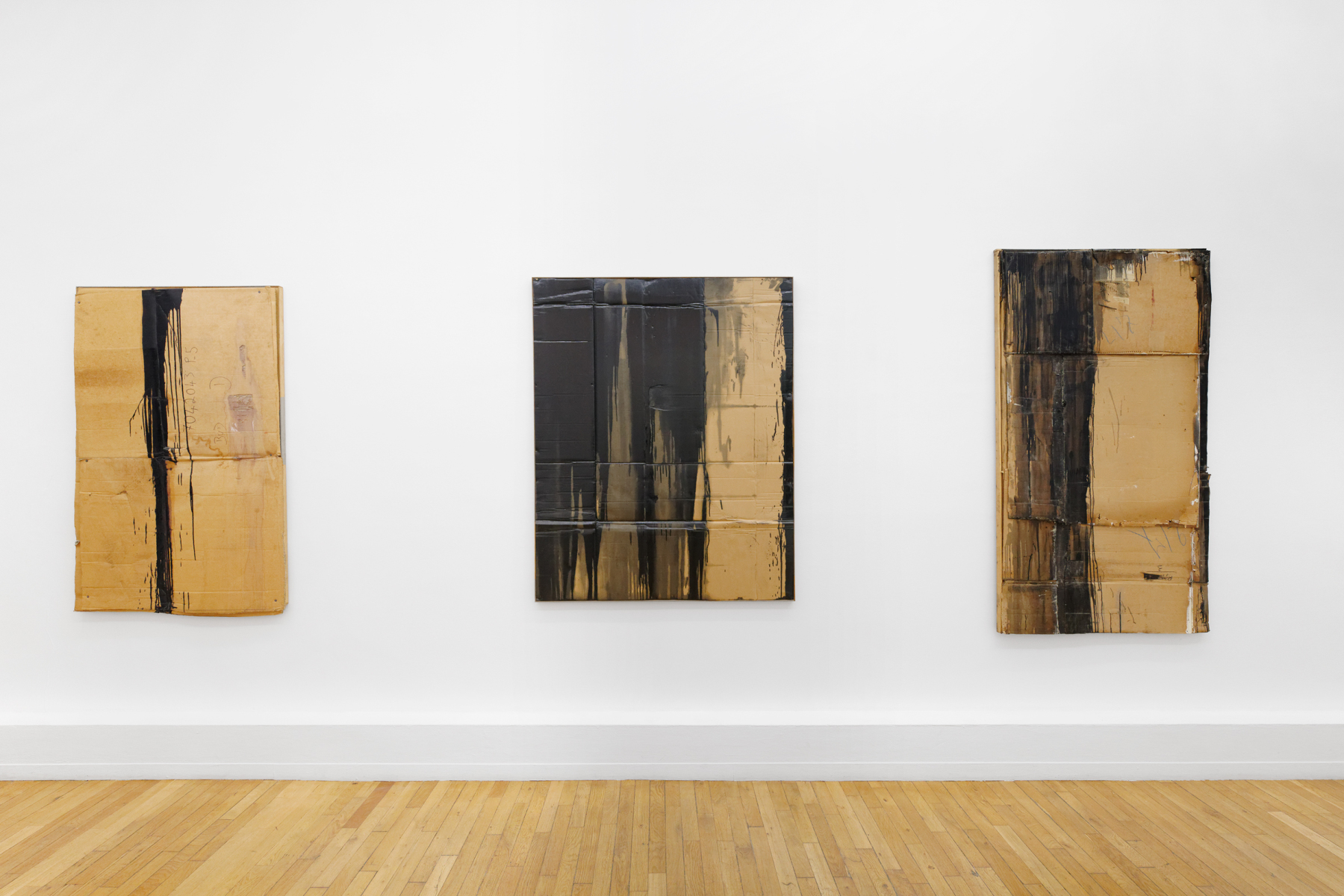 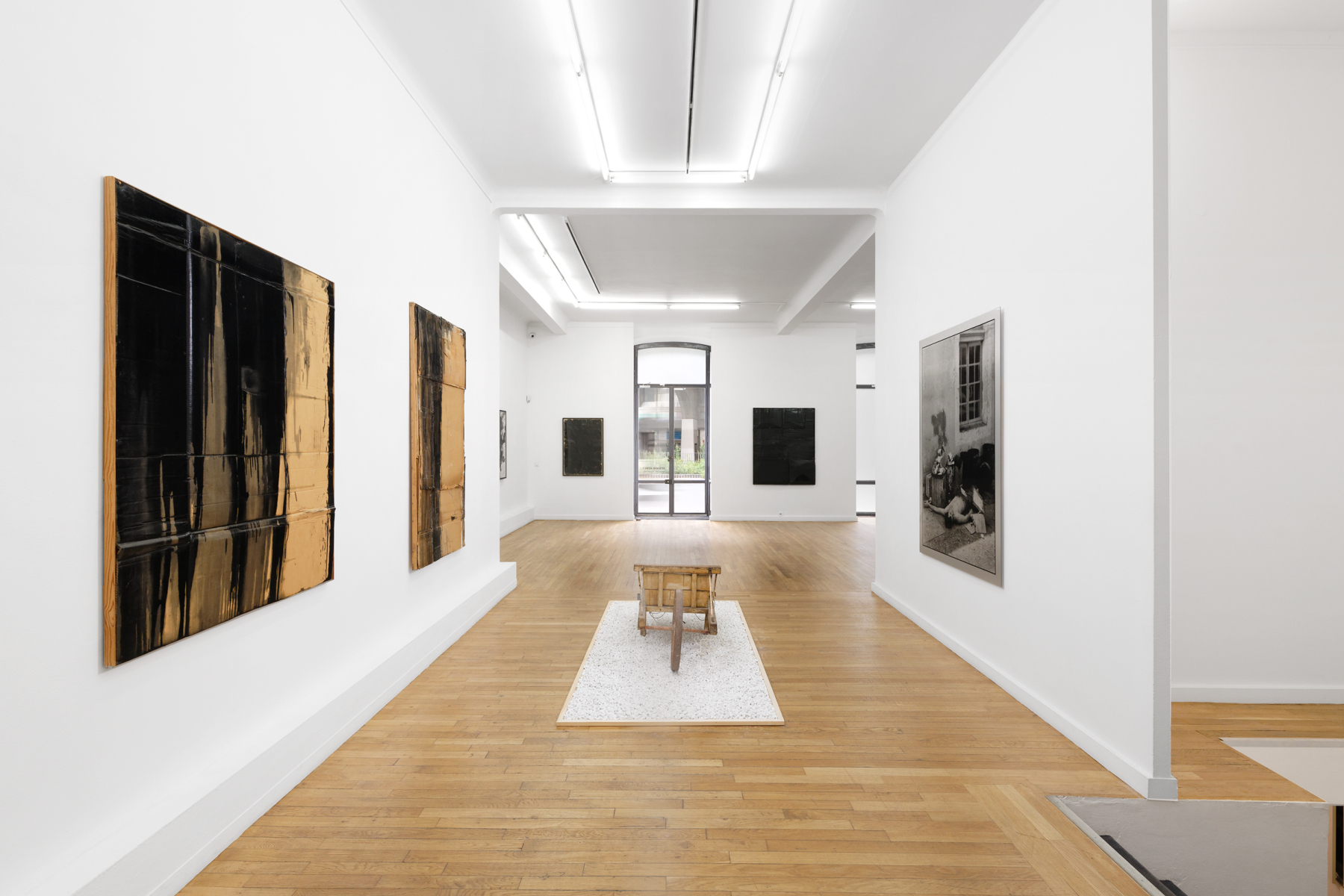 
« In 1961 happened one of the most brilliant enlightenments of contemporary art thinking. Although, if we just looked at the facts as they occurred this year, it seemed like nothing more than a few strange gestures by a young 20-year-old, a nearly self-taught artist with only book knowledge of modern art... »

A long relationship has developed between Bernar Venet and Bernard Ceysson. The latter exhibited him in 1977 at the Museum of Saint-Etienne, and then in his own gallery, which has been representing Venet’s work in Luxembourg since 2015. Today, Ceysson & Bénétière is happy to celebrate Bernar Venet’s 80th birthday with an exhibition of his early works from 1961 and 1963, two pivotal years in the artistic production of the time that carried the seeds of the concepts Venet developed in the 1960s and after.

1961 and 1963, because in 1962, Venet was sent to Algeria for his military service and did not produce anything. The Origins refers to the title of the exhibition held in 2016 at the Espace de l’Art Concret in Mouans-Sartoux. The present exhibition will shed light on the relationship between Venet’s works, which revolve around two main concepts: gravity and the principle of equivalence between disciplines with the black color as a common thread. The latter embodies the refusal of easy communication while praising a form of austerity in opposition to the emerging figuration and bright lyrical abstraction of the 1960s. This decade was marked by a radical approach based on constant experiments, which led to new typologies of sculptural, pictorial, sound-based and photographic works characterized by neutrality, serial production and the rejection of composition.

1961 was the year when Venet had his great intuitions: the pouring of concrete on cardboard pieces, his performance with wastes, his recording of the sound of a wheelbarrow on gravels, as well as a number of gestures that bear the trace of the artist's intervention.
The discovery of poured tar in Carpiagne during his military service in 1961 gave him the idea of using this medium in conjunction with gravity to create works on the ground at first, the very material we walk on, and then on big cardboards on which he let the tar spread.In June 1961, Venet put a microphone on a wheelbarrow, pushing it on the gravels of his barrack and recording the sound it produced.

It was in the same barrack that he laid down among wastes, a performance that was photographed as a response to Klein’s « leap into the void ». « At the beginning of the 1960s, artists wanted to subvert values and overthrow the conventional and estheticized practices of the School of Paris. Retrospectively, I see an obvious connection between this gesture and the pragmatic and literal dimension of the works he created immediately after. » Damien Sausset

Upon his return in 1963, Venet confirmed his intuitions and started producing a more impersonal body of work: « His tar works are monochromes covered with matter creating what looks like black mirrors.The exploration of sleek black led Bernar Venet on another path, that of the Black Mirror, a Plexiglas plate painted on its backside and hung on the wall like a painting. The spectator could distinctively see himself in black and white emerging from a perfect shiny body. » Thierry Lenain Photographs’ Bernar Venet took pictures of black things, things he uses as medium and color like coal, tar, bitumen...

The Coal Pile. « The Coal Pile, one of the most emblematic creations of the 60s, undoubtedly gave the staging of granular matter its most impacting form. » Thierry Lenain

This random pile up introduced of new typology that flourished among land artists (Robert Smithson, Dennis Oppenheim) and Arte Povera representatives (Jannis Kounellis) in the 60s, beginning a period of research and experiments that brought Venet to launch the conceptual movement in New York in 1966. On the occasion of the Bernar Venet's birthday, Ceysson & Bénétière wants to pay a tribute to the artist's early spirit of research and experiment.

« Since 2015, we have had the pleasure to work with Bernar Venet, who has become an iconic artist of the gallery. We were able to present his large sculptures, his works on paper and his performances several times, especially in Luxembourg. The gallery has always admired Venet’s work and desire to produce the most ambitious projects, like the Arc Majeur, a few kilometers away from our gallery in Luxembourg. We are delighted to welcome him to Paris and present his earlier works. We feel honored that he has accepted to come back to our Parisian space. It will also be the occasion to exhibit major works in regard to the international history of art and yet rarely shown in galleries. The radicality of Venet’s works in the early 60s, when still a very young artist, commands respect. »