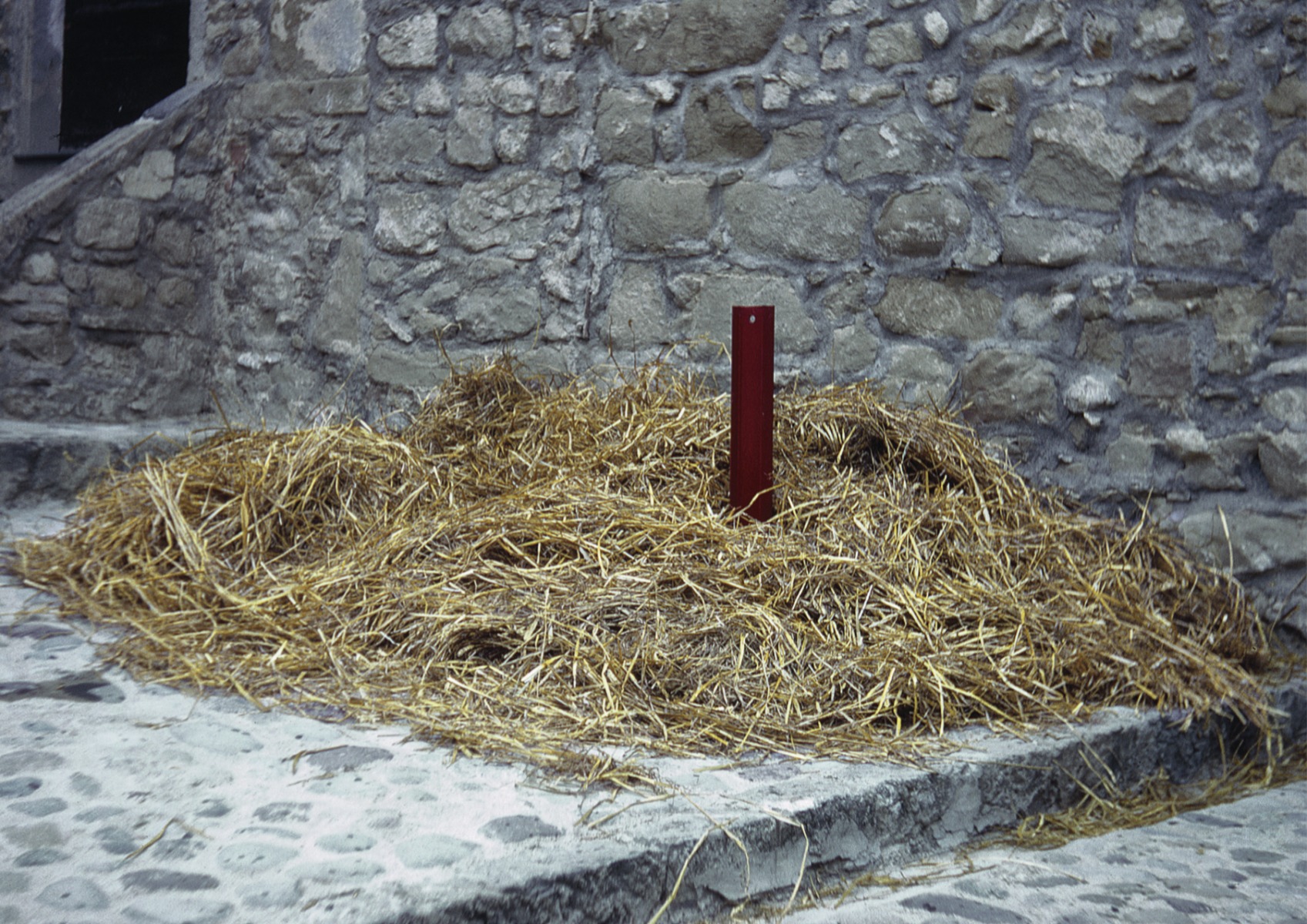 
In 1972, Bernard Pagès constructed a chart tabulating every configuration two equal lengths of wood might take: Tableau enumerating the possibilities of assemblage. It evoked both a computer-generated database and eighteenth- century taxonomies cataloguing the infinite diversity of natural forms. First devised to keep track of the growing extent of his own sculptural innovations, the ink on paper drawing soon became the blueprint for what he called a “utopian project.” Not content with mapping out every conceivable combination a set of sculptural givens can assume, the utopian impulse behind the chart demanded that every possible it delineated be actualized (1). Everything that can be must be.

Pagès’s tableau was drawn up in the post-68 years. Utopias abounded. The richness and range of the chart’s proposed “solutions” was combined with an extreme economy of materials: lightly-worked pieces of wood and recycled inner tubes, say, or, in his earlier “arrangements,” gravel, wire mesh, bricks, sand and bits of hose. These materials evoked not the plethora and waste of the society of consummation, but the austerity of the artist’s childhood in the French countryside during the German occupation. A world of hardship, but not isolation and privation. It was “a particular existence marked by a great deal of mutual aid,” a life without money and exchange, a world of self-sufficiency and solidarity. It is this stern and implausible utopia that the first decade of Pagès earliest sculptural work draws on and revives.
Pagès’s arrangements echoed the sculptures of American artists like Andre and Serra, their primarily earth-bound, horizontal disposition and their refusal to bind their elements together by welding, bolting, gluing, etc. The assemblages will turn this idea of its head, emphasizing myriad possibilities of attachment between the equivalent units, two pieces of wood, the sculptures are composed with. Here he emphasized what his American peers abjured: the connective tissue that binds and relates. Focus on the modalities of connection places his work in dialogue, instead, with mostly female post-minimalist sculptors (e.g. Jackie Winsor). Here, too, the utopian impulse is at work: in the elaboration of the ties that prevail among equals.    (1)