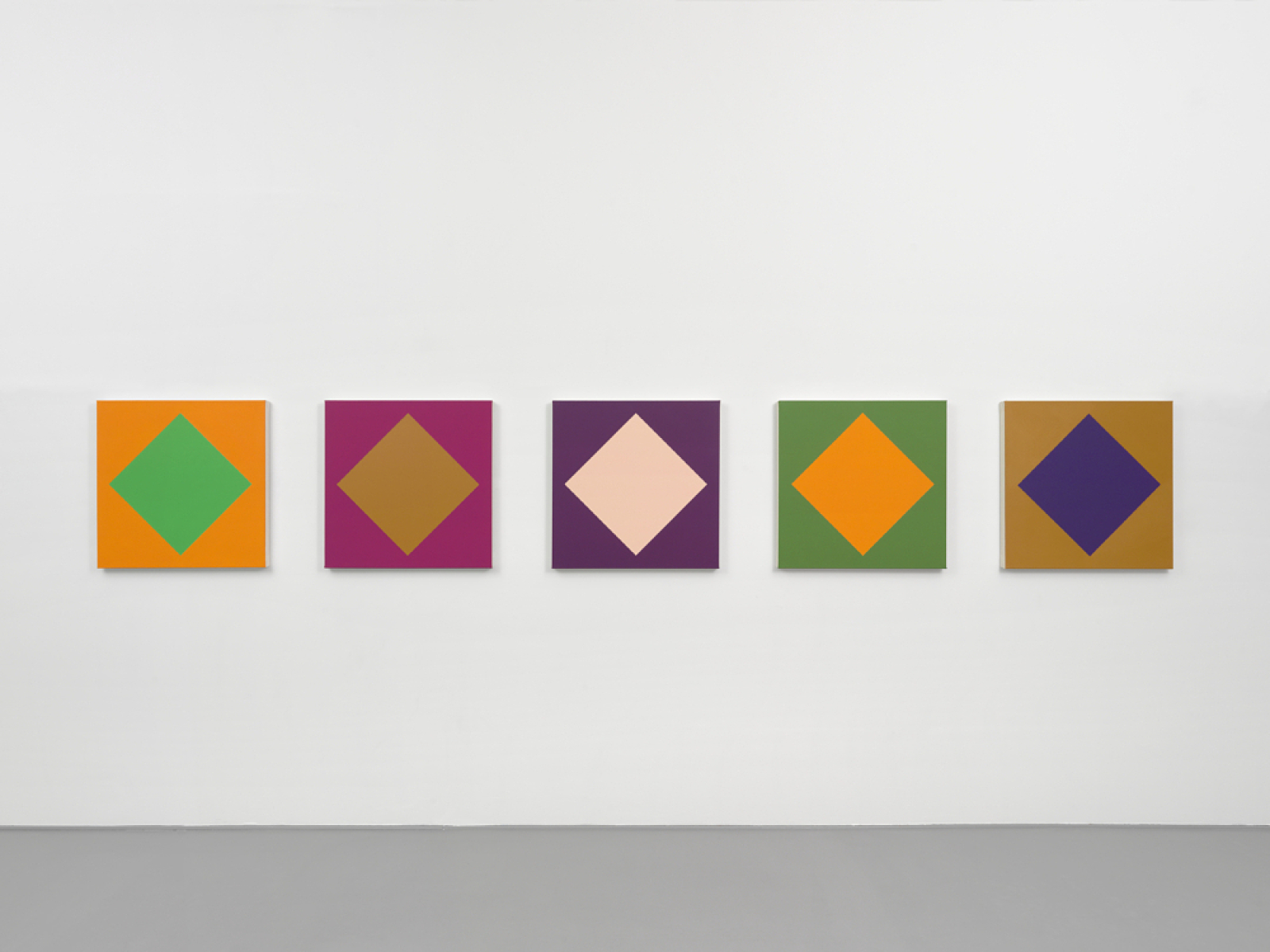 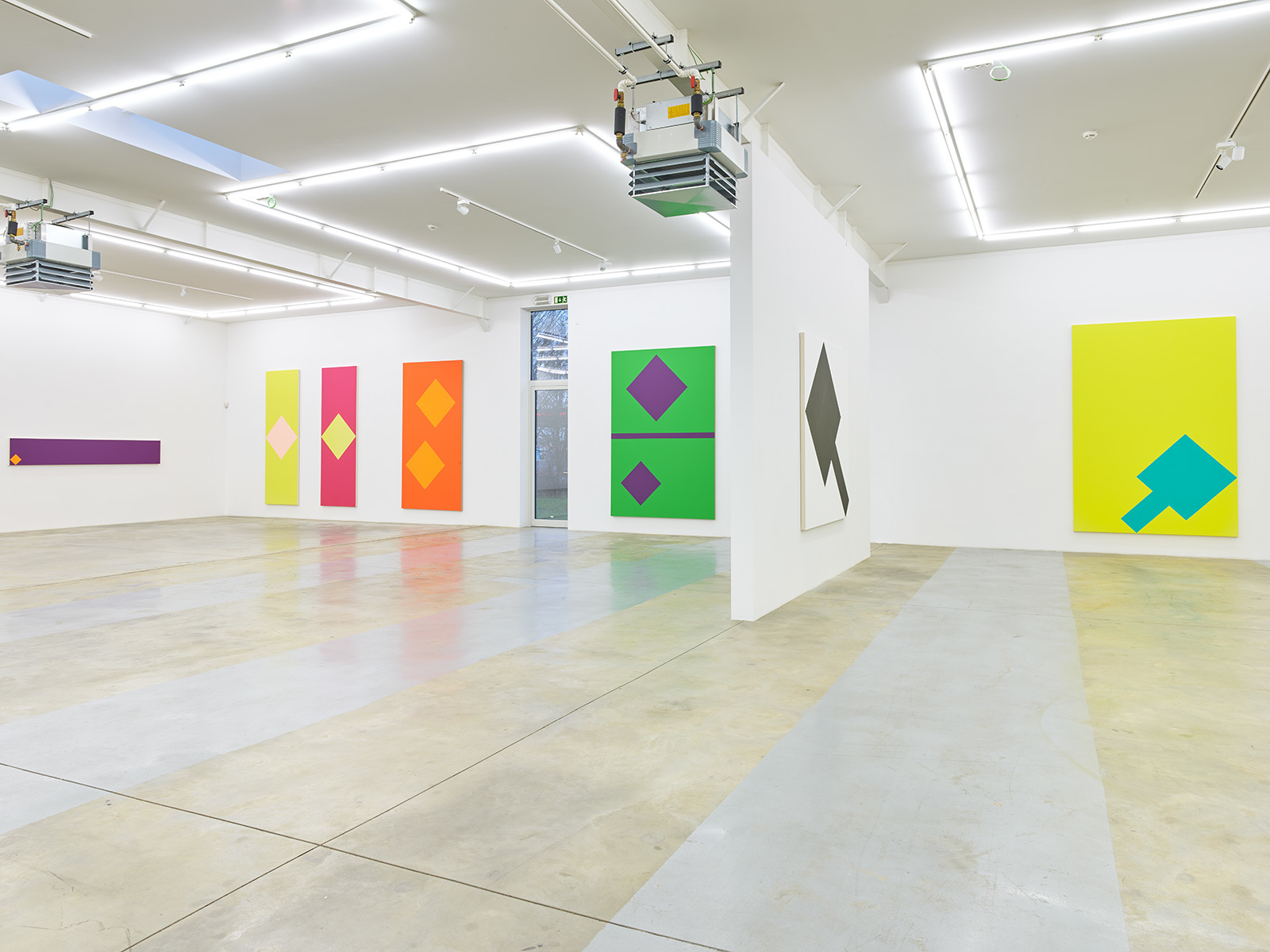 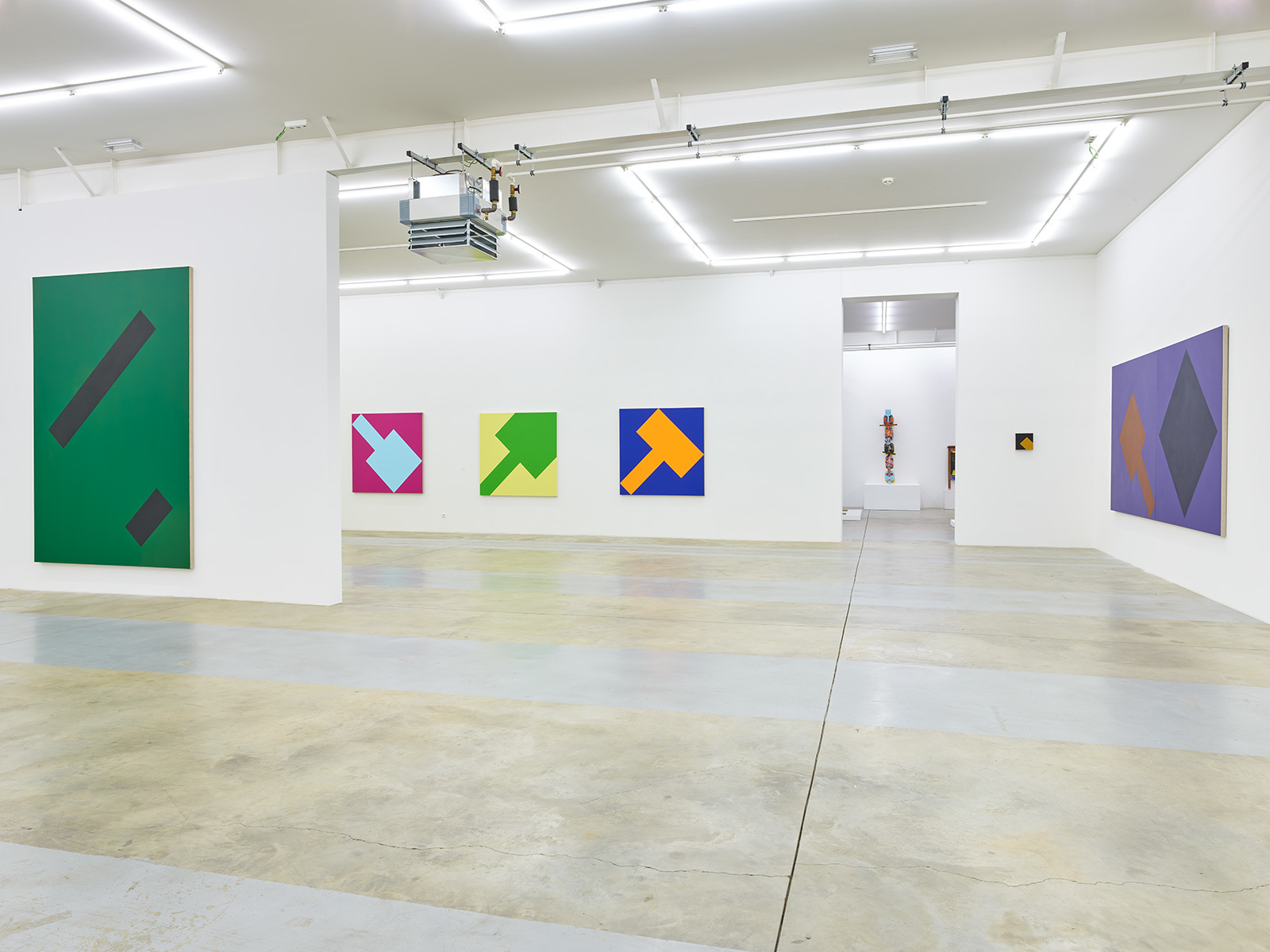 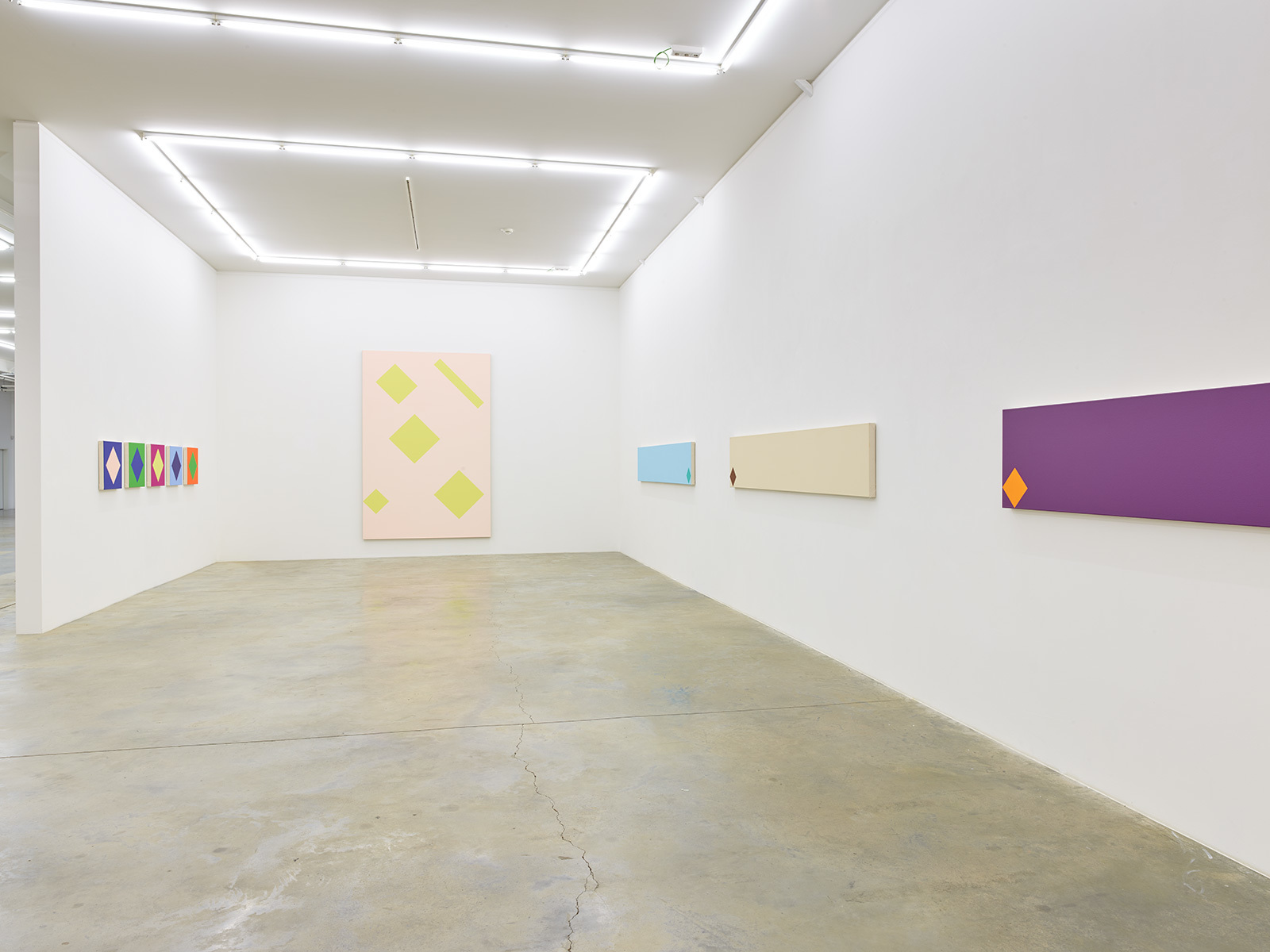 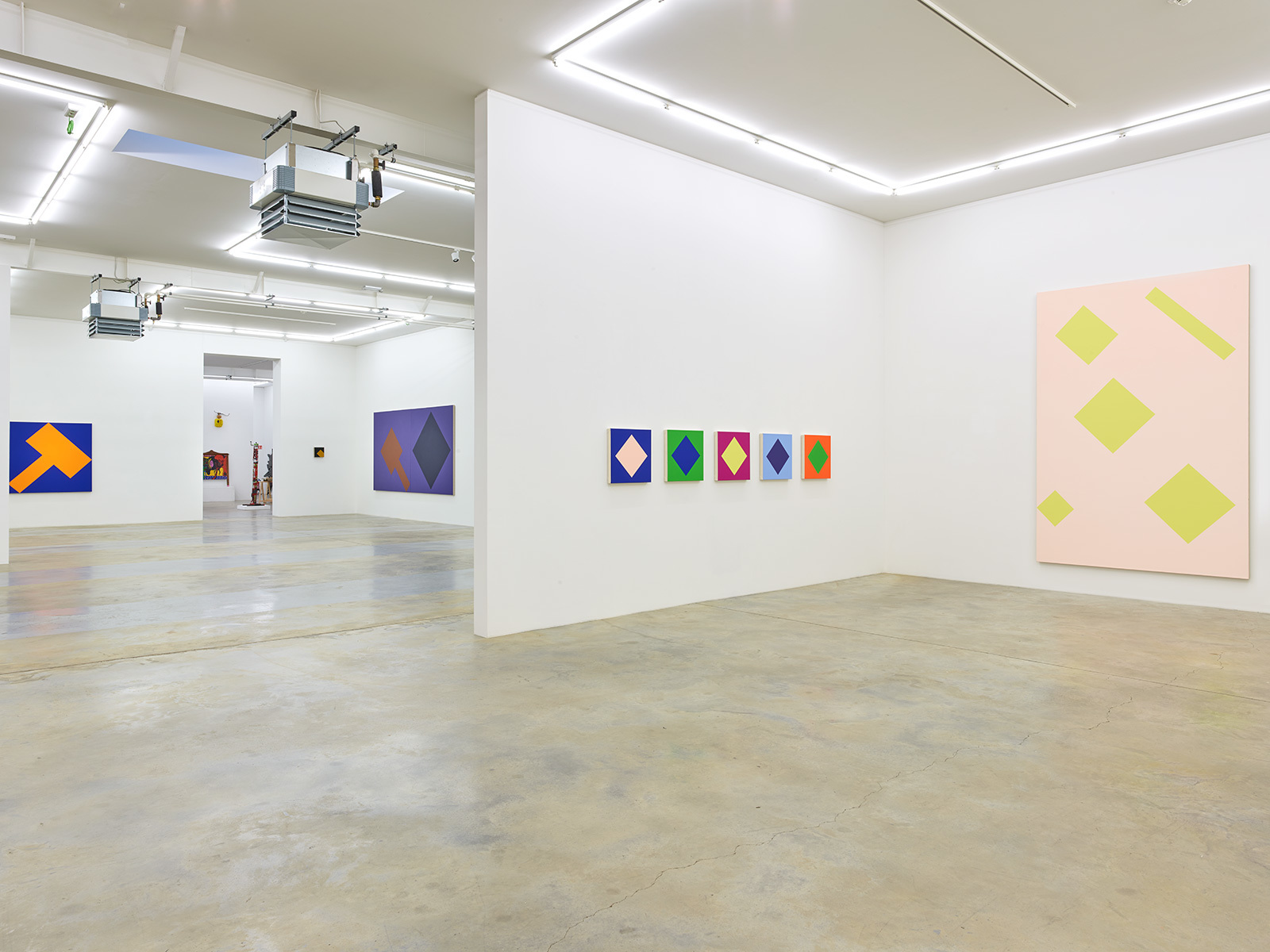 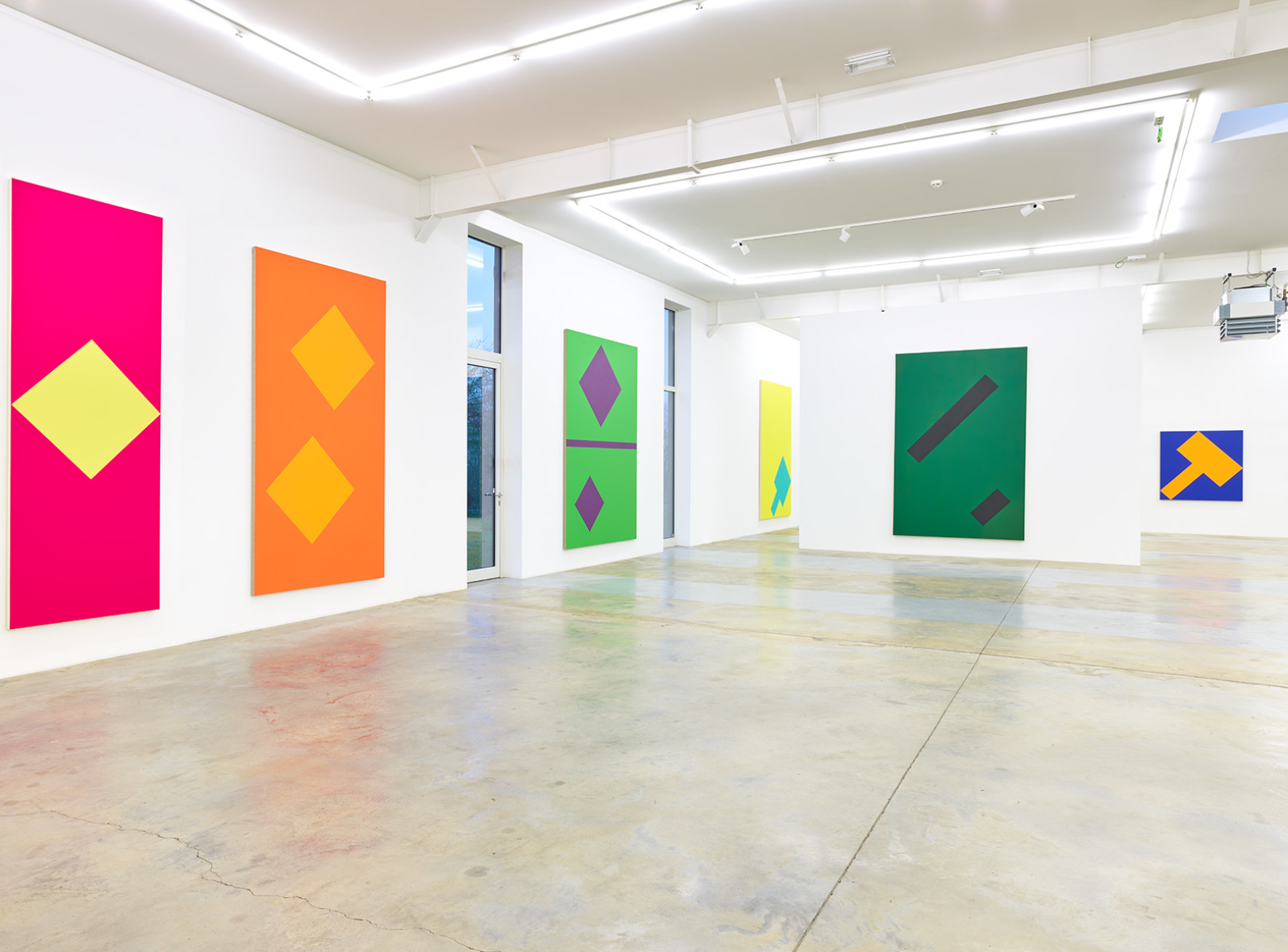 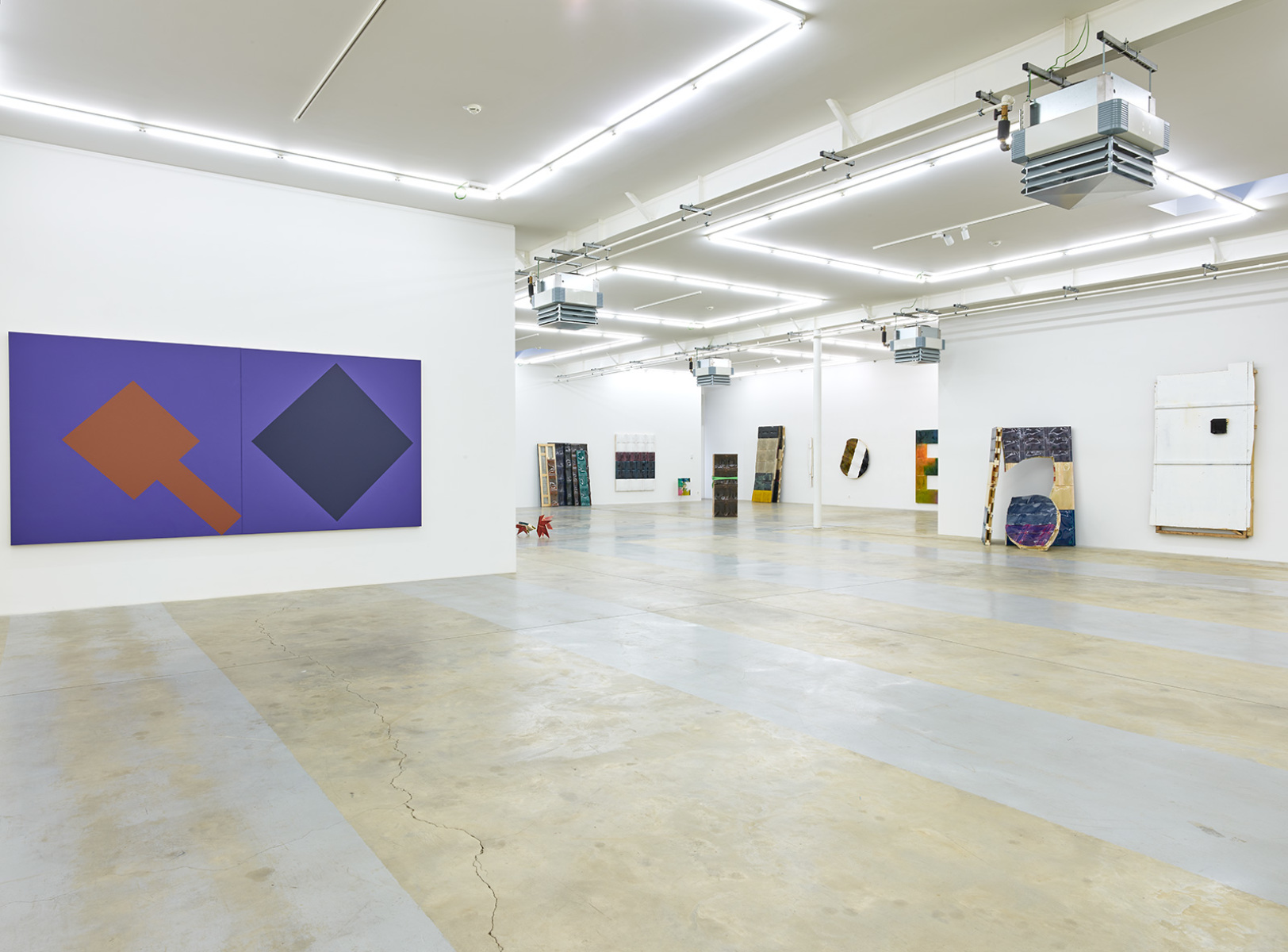 
“I paint geometric shapes; it's easy to do”*
It was at the end of the 1980s that the public discovered the work of Christian Floquet, at which time he was only 30 years old.
Thanks to a return of a trend to which the art market is accustomed, painting and especially geometric painting became fashionable once more, both in the United States and Europe, with outstanding exponents such as Peter Halley, Steven Parrino, Michael Scott and John Armleder (this movement would be called neo-conceptualism or neo-geo, among other names).
Colours used directly from the tube, without any mixing other than that done by the manufacturer. An application of colour laid down in the most anonymous way. Research on graph paper into compositions and colours. A systematic use of the right angle and the diagonal, excluding the curve are the common denominators of all his work since the late 1980s.
However – and this is what distinguishes his work from other artists assimilated to this tendency applying an abstraction to a second degree or appropriated – Christian Floquet adopts a different attitude that he aims to make positive and sincere: starting from well-known and established facts (the traditional constituents of painting), he firmly believes in the possibility of painting abstract forms free of all expressionism but also of all cynicism to arrive instead at new perspectives in painting which then materialised in four successive “periods”.*

1) 1985 - circa 1986
With these first paintings on canvas, Christian Floquet composes three or four-colour paintings with non-orthonormal shapes that intersect, interlock and intertwine.

2) 1986 - circa 2001
It is the turn of two contrasting colours (or black and white) to intervene: the black stands out against the white (unless it is the opposite, since background and form are not identifiable), creating a dynamic that is immediately identifiable, thanks to the right angle tilted at 45 degrees which comes in opposition to the orthogonal system of the picture frame.
Around 1990, there is the emergence of triangles, with identical compositions, but with permutations of colour and specific formats (100 x 600 cm or 50 x 300) that recall the “banner” windows of modernist architecture.
It is worth noting that it is during this period that Christian Floquet begins his first imposing diptychs (250 x 400 cm).***

3) 2001 - circa 2007
Introduction of an oblique form reduced to a more or less fine line segment, continuous or not, which literally blocks the canvas with a language more minimal than before but prolonging the work on colour.

4) 2007 - to date
Appearance of compositions with “isolated” and “floating” forms in the space of the painting; these, always set at 45 degrees, are generally far from the edges of the canvas, thus accentuating the idea of ​​a tilting movement.

* in an interview between Catherine Quéloz and Christian Floquet at Halle Sud No. 8, 1985.
** Within each of these “periods”, a systematic practice developed in the manner of a programme of repetition (or a quasi-series) that is not far removed from the notion of more conceptual works (quoting Olivier Mosset in particular) but with a certain freedom as the variations of colours are different.
*** “...these diptychs have enabled me to stress the idea that the painter does not invent anything, but only uses, manipulates, moves, reformulates, deconstructs…” in A propos de mon travail, August 2004