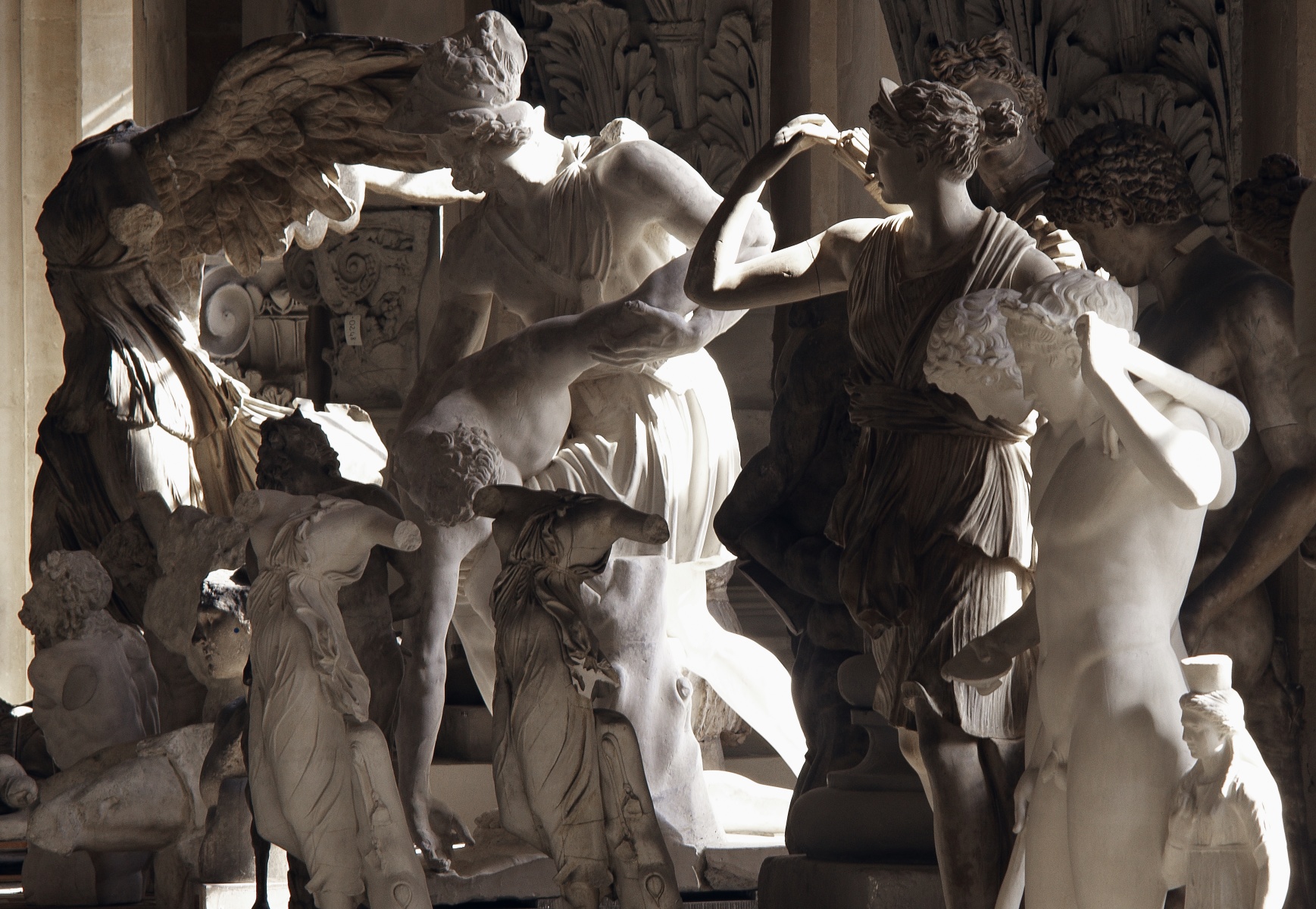 The Petite Écurie in Versailles houses plaster casts from the collections of the Paris École des Beaux-Arts and the Sorbonne. I filmed these damaged copies whose extremities (fingers, toes, male genitals) are often broken. Whatever their state of preservation, they are now arranged and classified: women with women, men with men, and finally goddesses with their own, and likewise gods with gods. These representations are stories of combat and violence, of power and might, of exploits and humiliations, of seduction and abandonment, of blows below the belt and bravery, but here they are stripped of all meaning. The camera moves from the body to the material, from the figure to the dusty, damaged plaster. The gaze oscillates between the figure and the material, between the horse’s head and the stained plaster. We see, we recognize, and then we see nothing more than a battered and desolate plaster body.

Grouped by figure, labelled, sometimes wrapped in plastic film, the history of their greatness and disuse can be read on the surface of the statues. These copies belong to a world that had already disappeared by the time they were made. Some of them are, I have learned, copies of copies.What is their relevance today? What do they say about art practice and our culture? Given that some of them date back to the seventeenth century, are these casts works of art in their own right, as some claim? Does the coefficient of art increase with the passage of time? What are these statues? Not archaeological objects, nor works of art in the true sense of the term, but not reproductions either? Copies, translations deferred in time, they render explicit by their presence the complex question of the passage from the original to the copy, from the model to its reproduction.

What interests me is neither the genesis nor the decline of each of the pieces, but their concentration, the repetition of figures, faces and bodies, reproduced identically, in the same pose. Paradoxically, the effects of the passage of time give them a certain singularity.