Illustrations after El Lissitzky's Had Gadya & The Waves 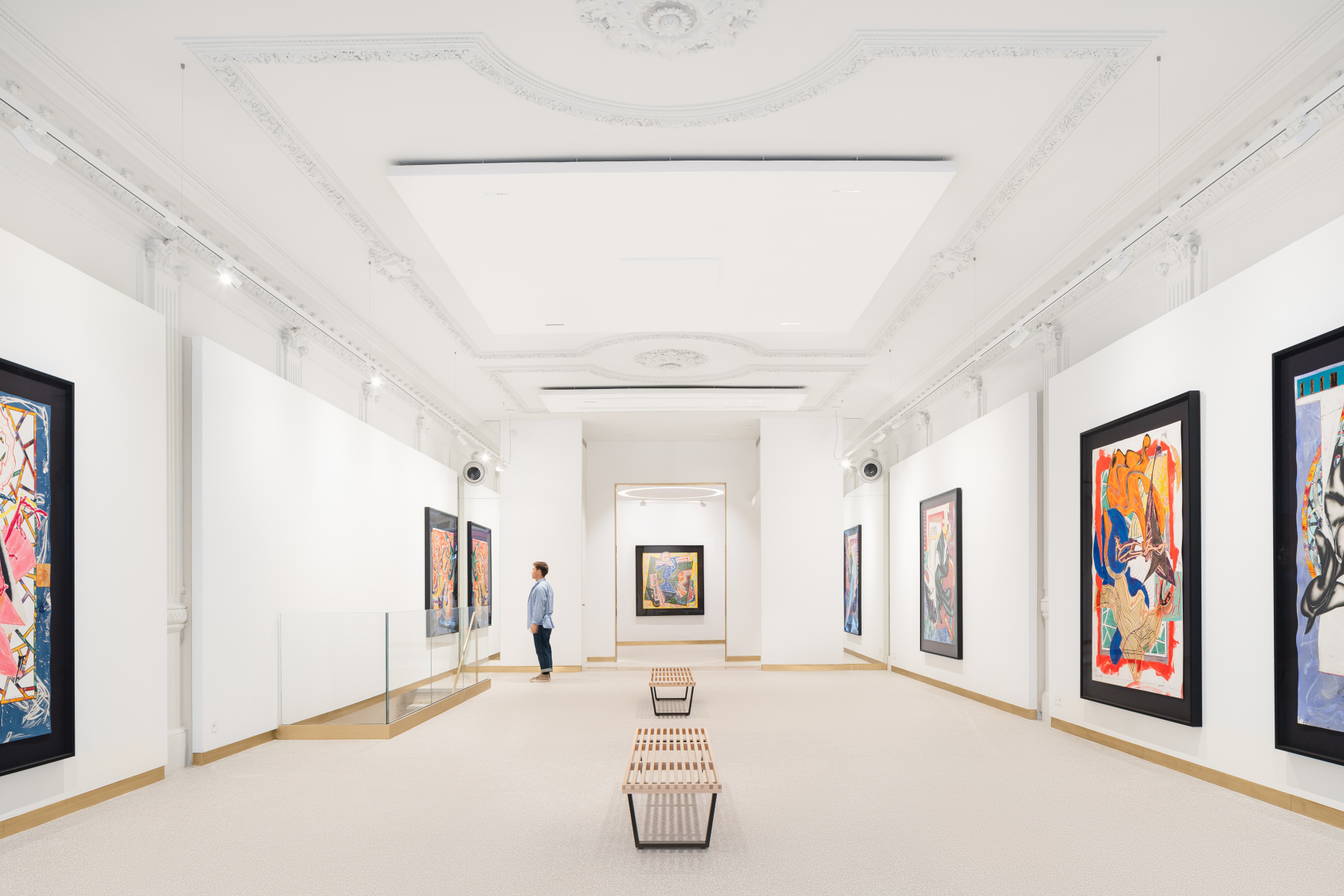 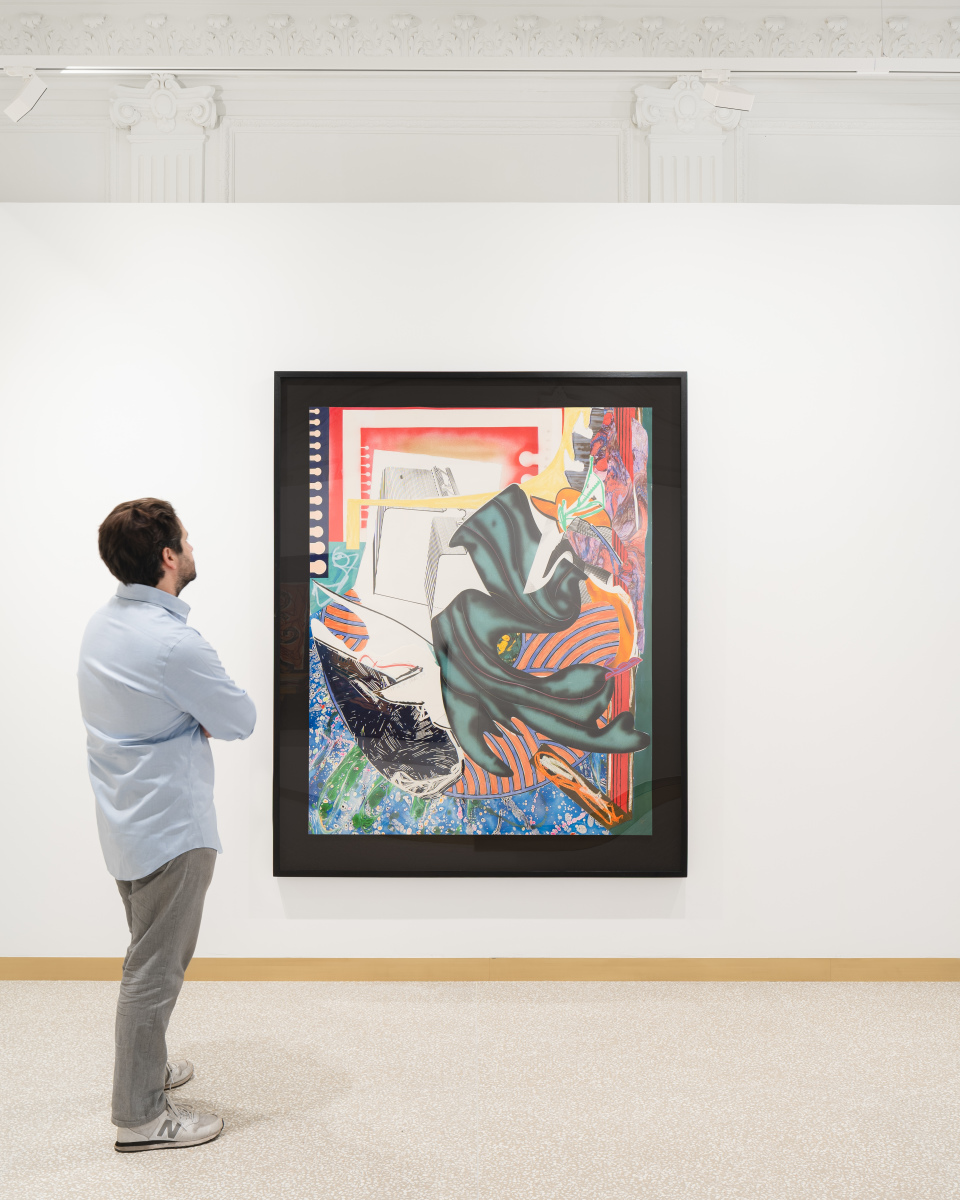 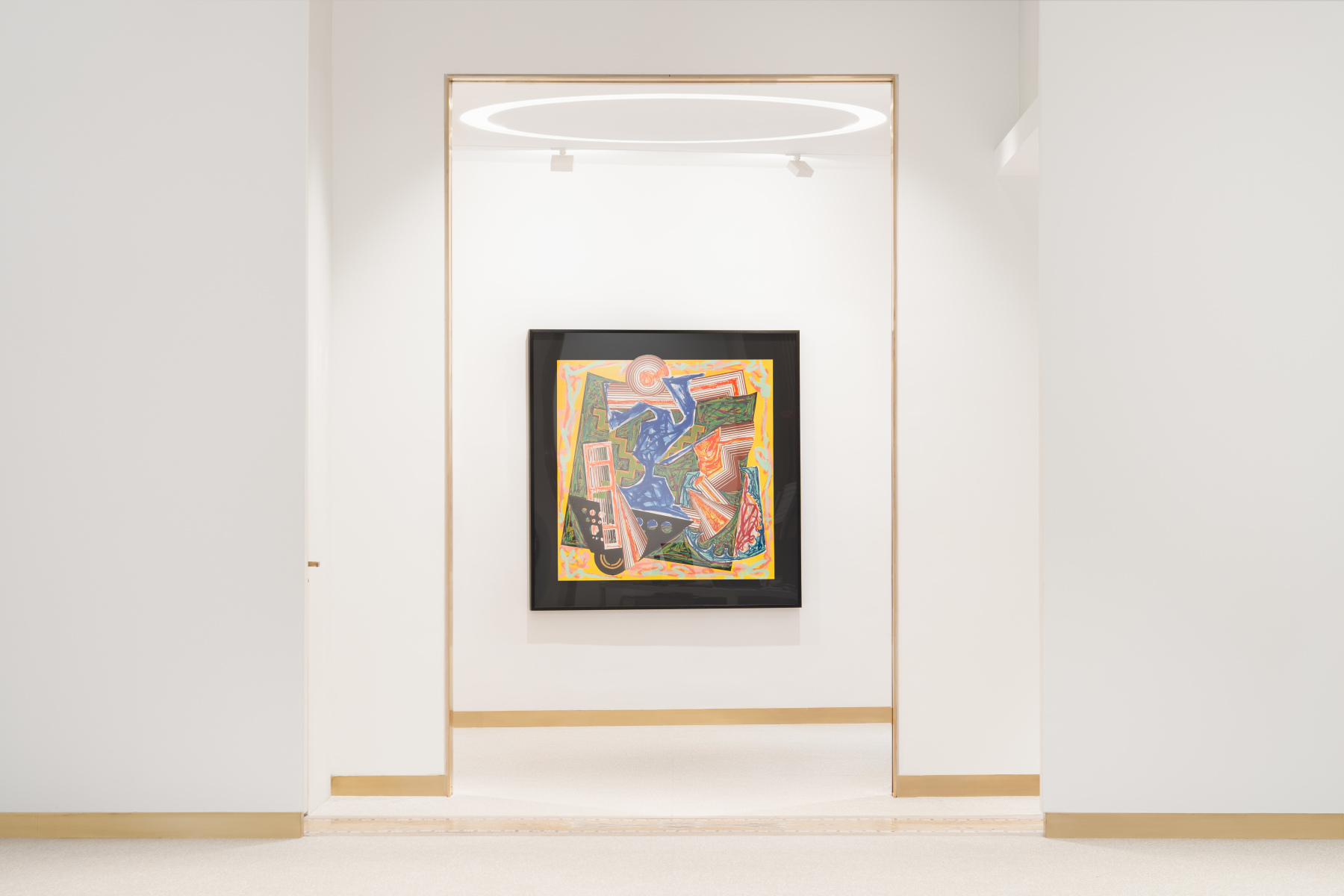 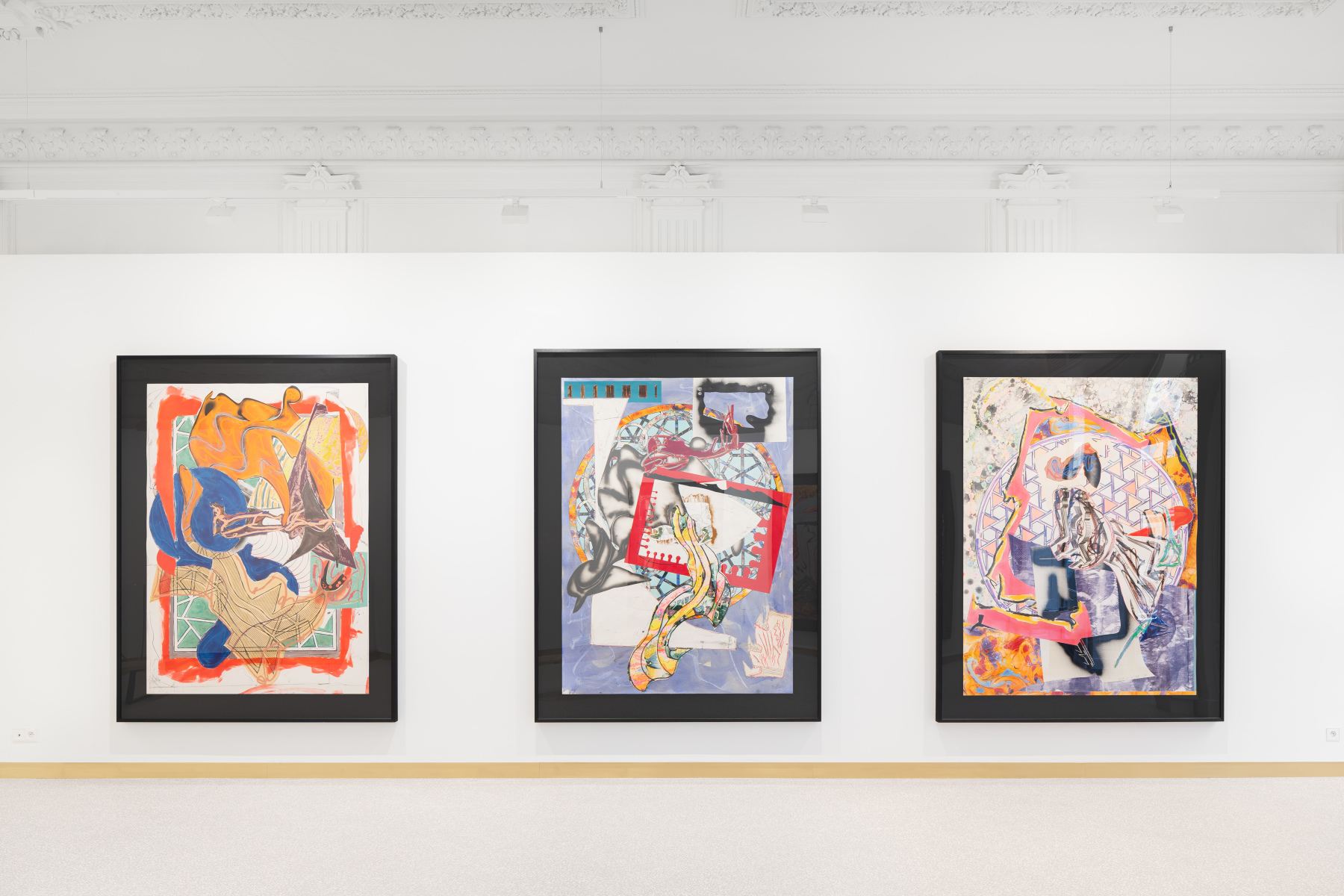 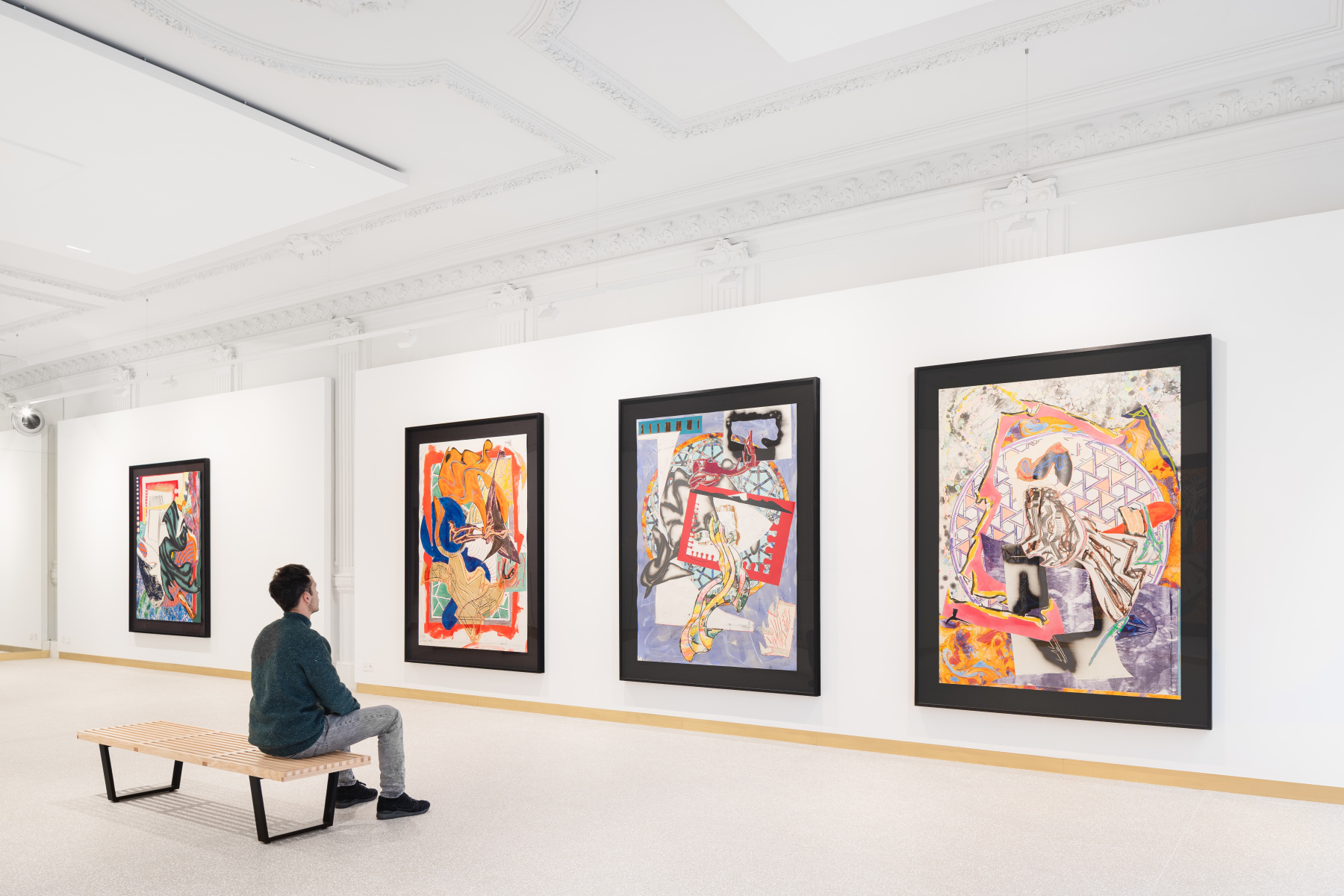 Illustrations after El Lissitzky's Had Gadya & The Waves


Ceysson & Bénétière is happy to announce an exhibition of the works of Frank Stella, from October 15 to November 20, dedicated to the 1980s, a critical period in the artist’s production, during which he created two series of works: Illustrations after El Lissitzky’s Had Gadya and The Waves.

Frank Stella spent two years creating twelve etchings for the series “Illustrations after El Lissitzky’s Had Gadya”, which he later used as the basis of the CTPs (color trial proofs) we are exhibiting today. The CTPs are variations around the original etchings, which the artist used as an inspirational starting point. These mixed media variations combine painting and various types of collages, each resulting in a unique work.

This project was inspired by the works of Russian artist El Lissitzky on abstract forms and their narrative potentials. References to the Hebraic tradition come from the enthusiasm for this tale, which was so “simple that the text itself was nearly abstract”, explains Frank Stella. It marked the beginning of pictorial research around the question of abstract narrative and the development -from El Lissitzky’s graphic experiments- of a non-figurative language used for narrative purposes.

Frank Stella came back to creating unique print variations with The Wave series, which revolves around the chapters of Herman Melville’s novel Moby Dick. Here again, Frank Stella used a specific yet rich framework of forms, in which he delved to create free narrative associations. The creative process of this series also included the cobbling together of various superimposed layers. This is how Frank Stella brought painting toward sculpture.

The reciprocal influence of color and its medium made it possible for the artist to physically transcribe his imagination. The entire challenge of these series resided in the connection established between painting and sculpture, and between the irregular abstract forms and the narrative thread, in which, what mattered, according to Stella, was to “build a painting and paint over it”.