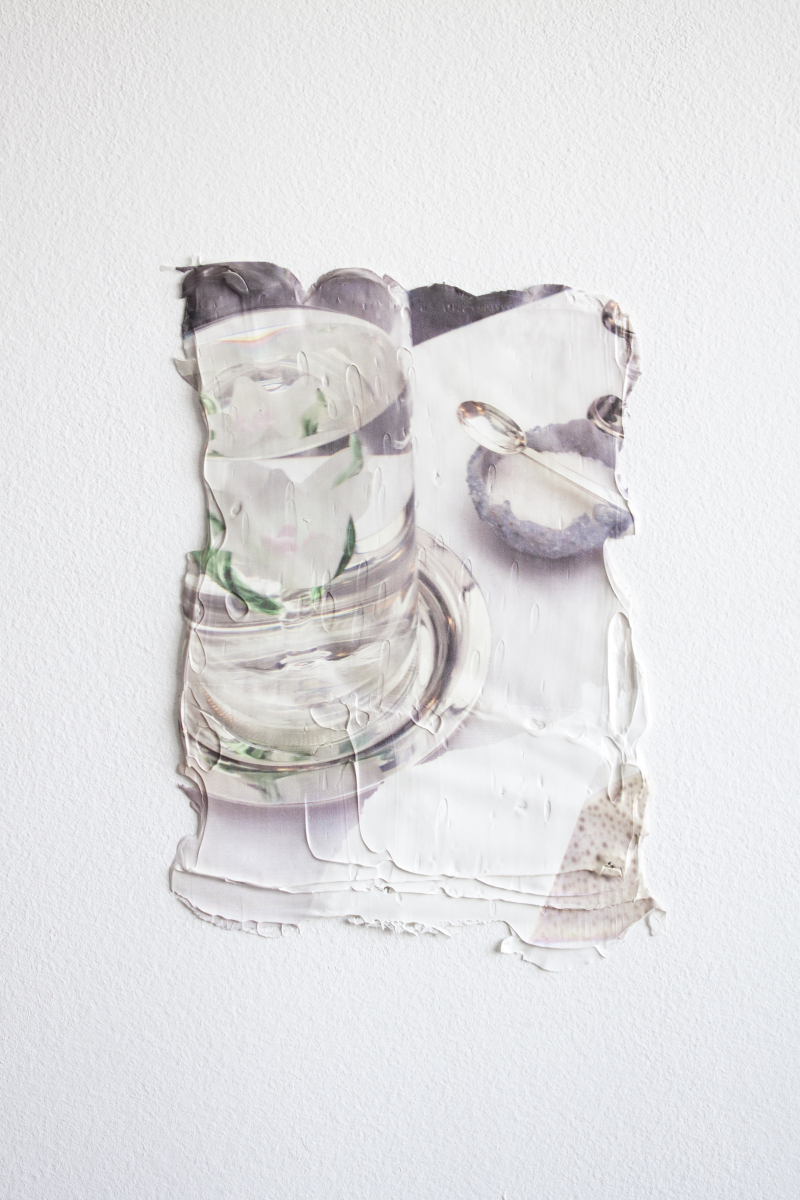 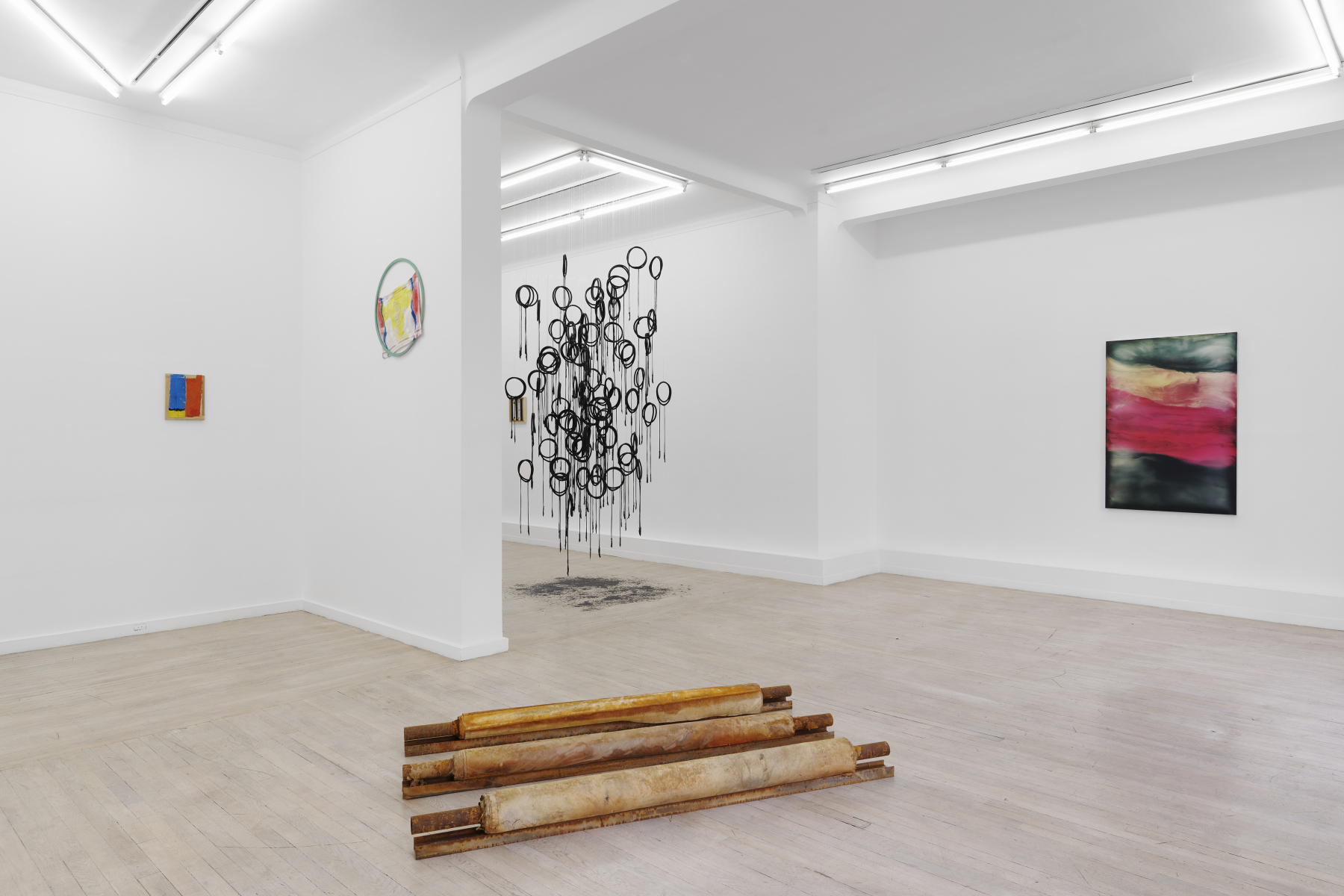 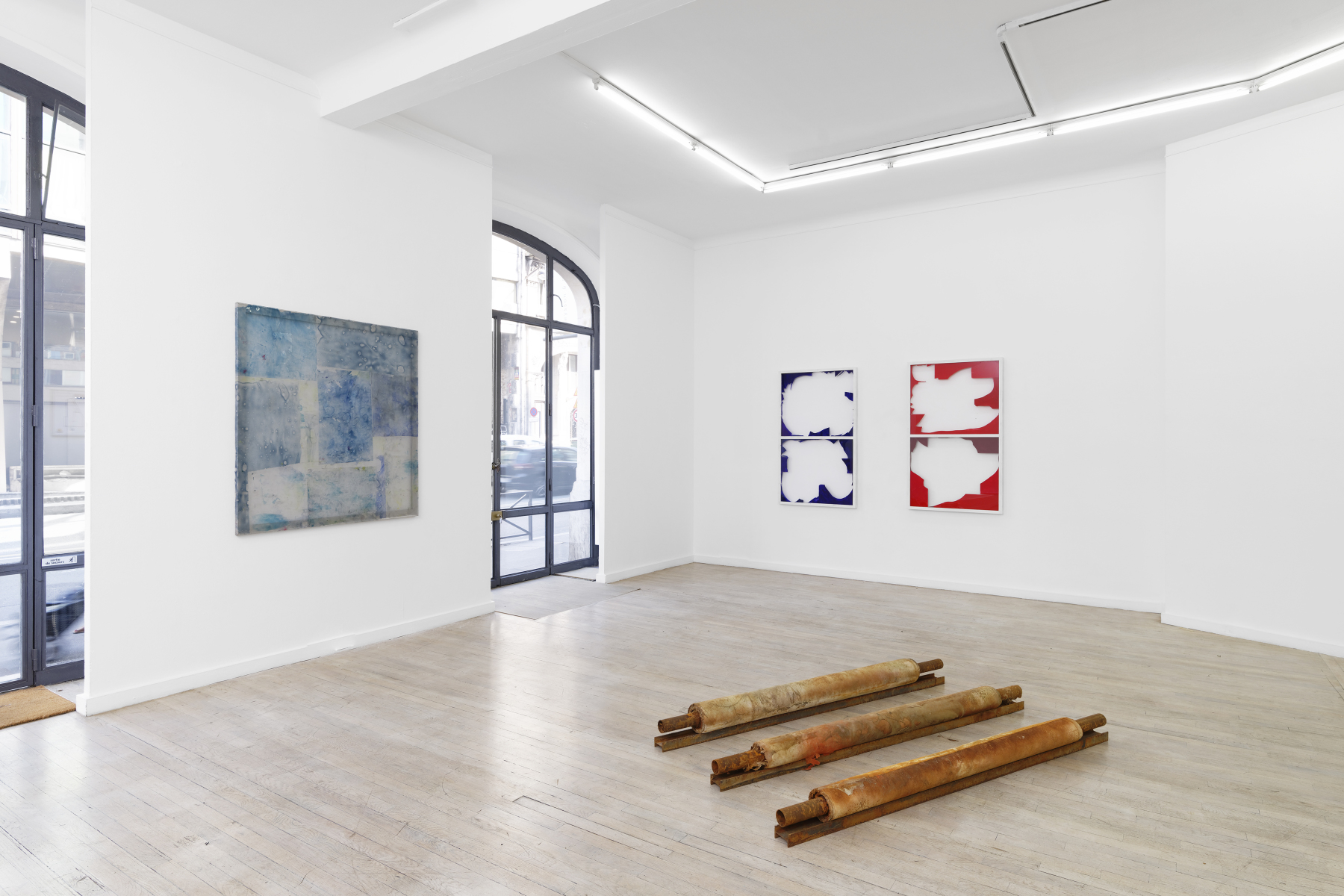 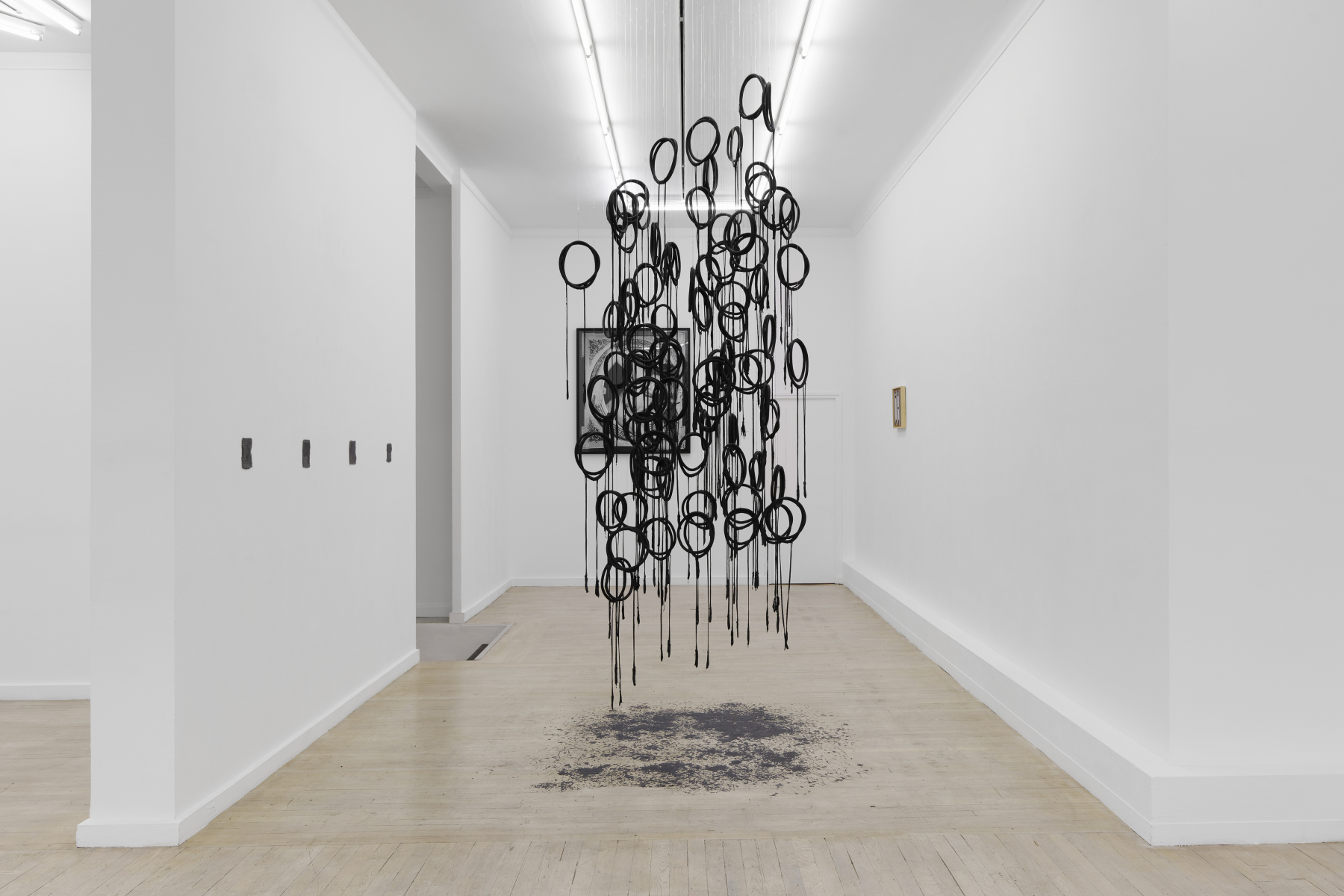 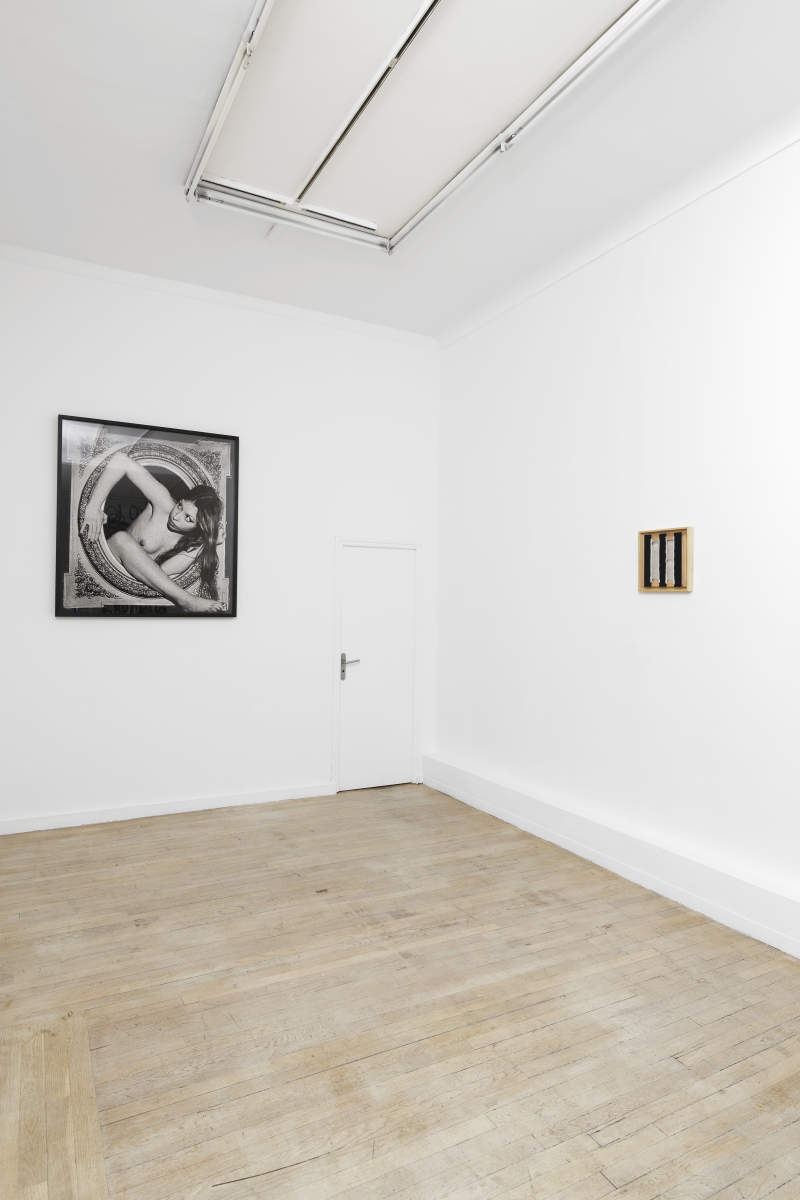 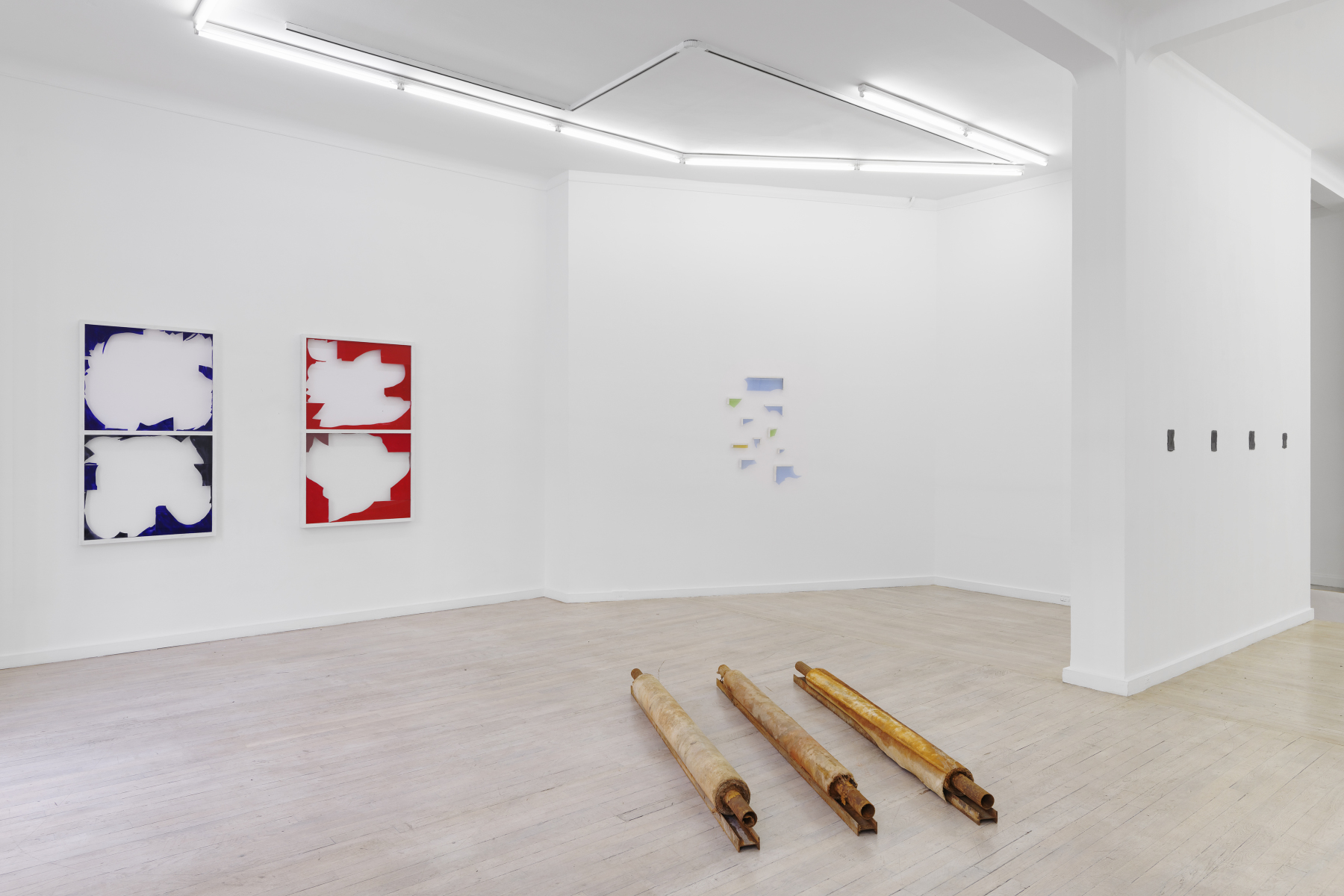 All the artists featured in this exhibition draw from the principals of the Supports/Surfaces movement in a more or less direct or unconscious way.

Painting is more than the mere act of holding a paintbrush. Today’s heirs of the movement turn canvas inside out, paint with or without paintbrush, cut loose from the frame and dismiss the traditional support of painting. Of the pictorial genre, they keep only the conceptual essence. They work around an overthrown, rehabilitated and redesigned idol. It is as if they had ripped apart a body and kept only the flesh. The essence of painting now resides in its aura.

Art critics often wonder about what “constitutes an artwork”. But what constitutes a painting? Is it the paint, the frame, the canvas? These metonymies in fact ask a lot of questions. Supports/Surfaces has played hide and sick with these questions all along. The proof being the title of the exhibition that prefigured the movement in 1969: La peinture en question (questioning painting). We should also remember that the catalogue published with the exhibition stated that the “pictorial fact” resulted from a revelation of “pictorial elements”. To quote Viallat: “Dezeuze painted frames without canvases, I painted canvases without frames, and Saytour painted the image of the frame on the canvas.”

They laid the foundations of a reflection that was taken up here and there in the history of art. These artists no longer sought to probe the depths of the canvas but to cut it off its origins. Considering painting as a result of a deconstructive but also removal process marked an historic turning point, and the artists exhibited here are the rightful heirs of this breakthrough. To evoke a few known facts, founding gestures that were both precursory and radical: Buraglio collected windows and assembled them in pictorial compositions, and Viallat painted directly on tarpaulins, parasols and pieces of fabric. The frame was shattered up to its complete disappearance. Only the memory of traditional pictorial grammar and even verb are left, yet translated into a new language. We talked about metonymy but it is also a matter of semantics: some artworks can acquire the status of “painting” only by referring it.

Although they are not all conscious of it, the fourteen artists gathered here are connected to the Supports/Surfaces movement. Antoine Donzeaud paints behind the canvas, as if beyond. Amandine Guruceaga presents a “painting” made of leather resin. The color is therefore what here resounds, vibrates and accounts for the work’s affiliation to what we consider painting. Its pictorial essence also draws from elements of a past aura. Said in other words, decades of art history enabled what is not a painting to become so. Hector Castells Matuno uses backlit photographic films to propose what looks like a luminous canvas. Jerome Robbe paints with varnish and transmutes oil. ORLAN presents a photograph from 1965, which title alone could sum up the spirit of the exhibition: Tentative de sortir du cadre. Mathilde Denize exhibits a bloated painting put in volume: a tridimensional bathing suit made with used canvases. The work therefore stands as a ghost image of a painting that never existed. Laetitia de Chocqueuse conceives painting as a succession of layers through which viewers have to find their way. After digital removal, what is left on the surface? Sami Benhadj uses glue and gives it the appearance of flat tint. My-Lan Hoang-Thuy presents a series of printed paintings that combine various media in her own way. mounir fatmi lets pictorial matter drip on the wall and floor at its own pace. The paint flows, pours and takes up other meanings. Finally, Bobby Dowler methodically turns his canvases inside out.

The exhibition will gather artists who are not affiliated but have links to the movement in various ways. They all questioned the idea of a desacralized painting in their time. Here is why Simon Hantaï –who walked on his canvases- talked about “negative painting”. The pattern resulted from material removal.

In brief, this exhibition is an unconscious tribute from one artistic scene to another, all the more beautiful that it ignores itself. It is also a tribute to the fathers, sometimes forgotten.