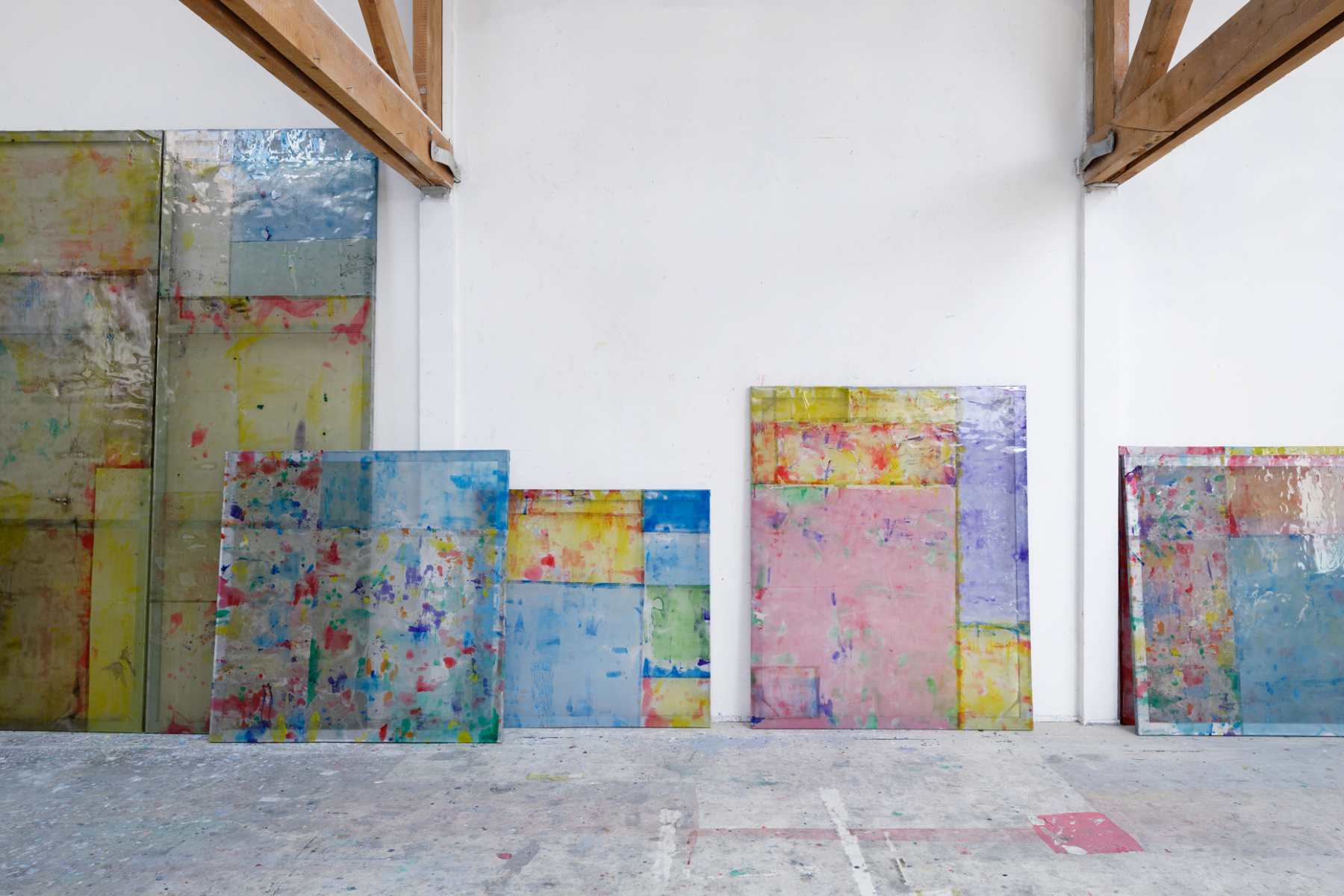 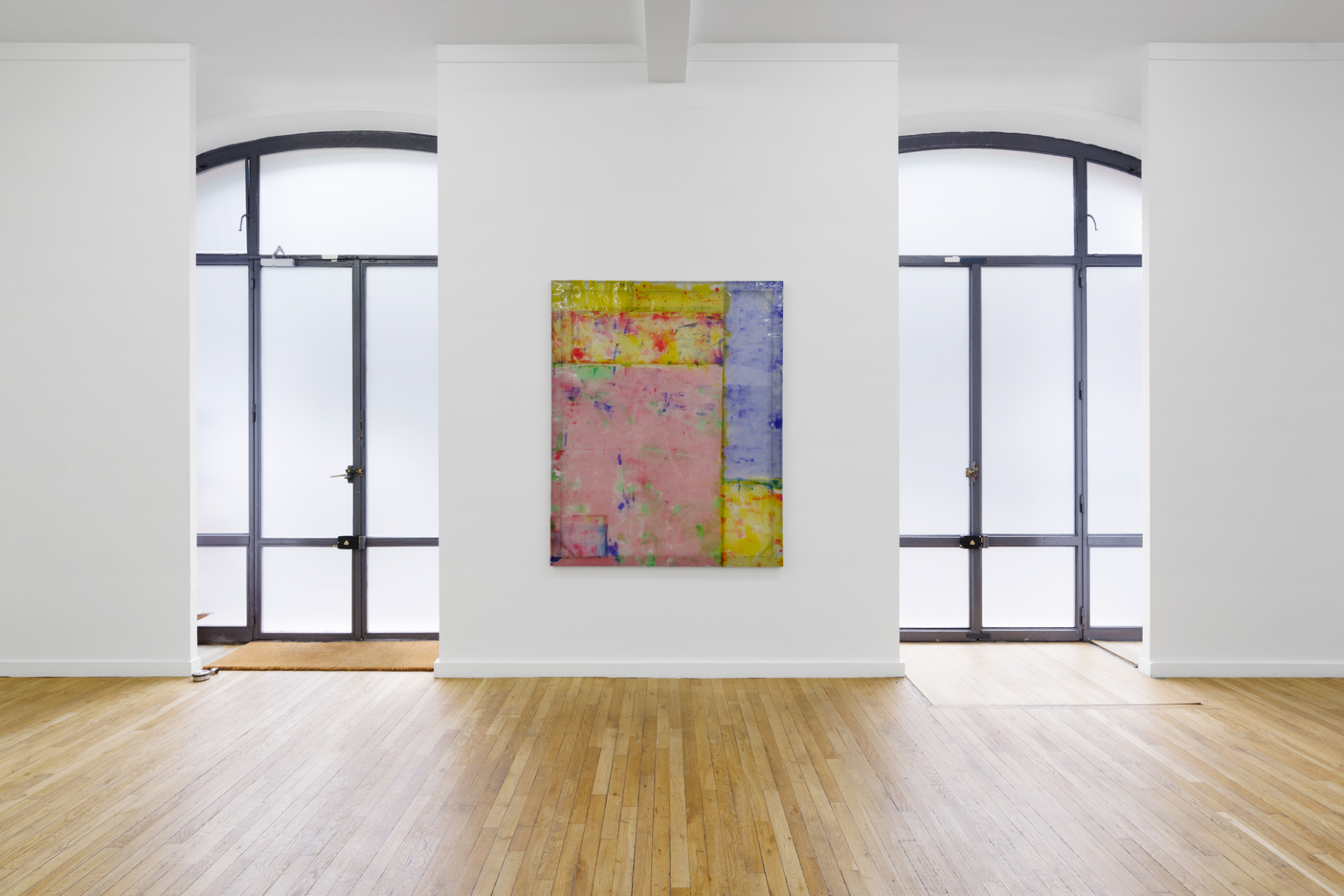 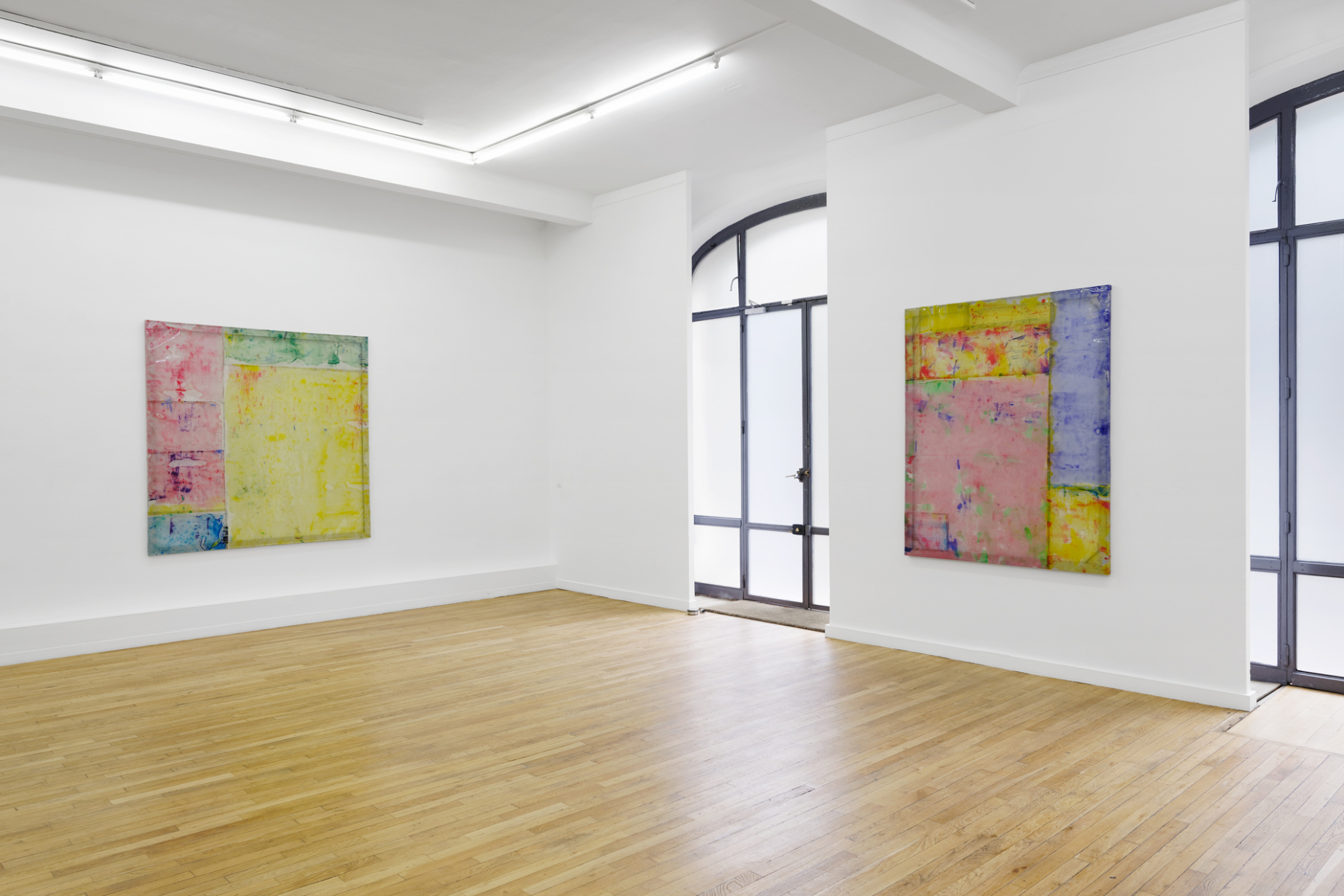 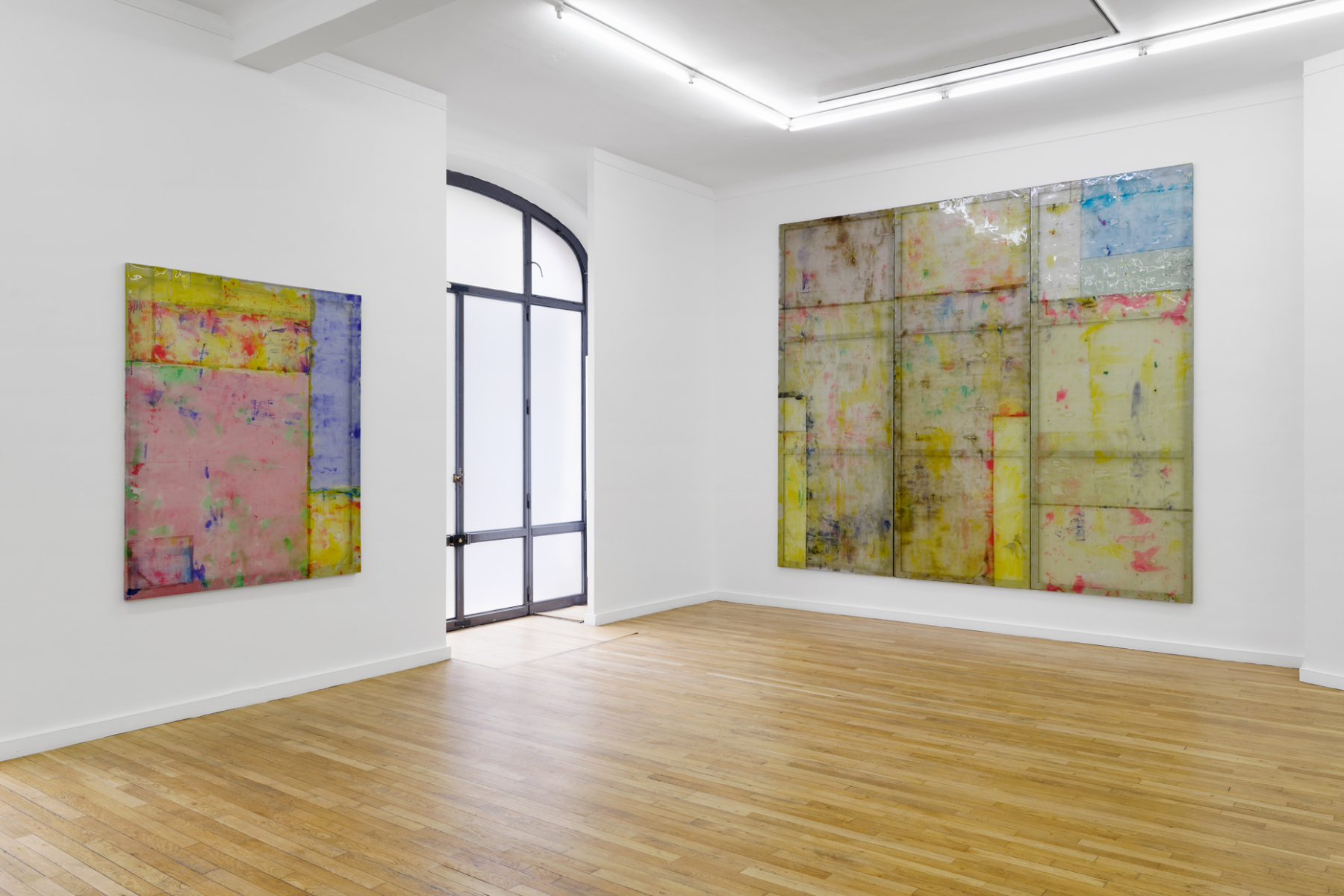 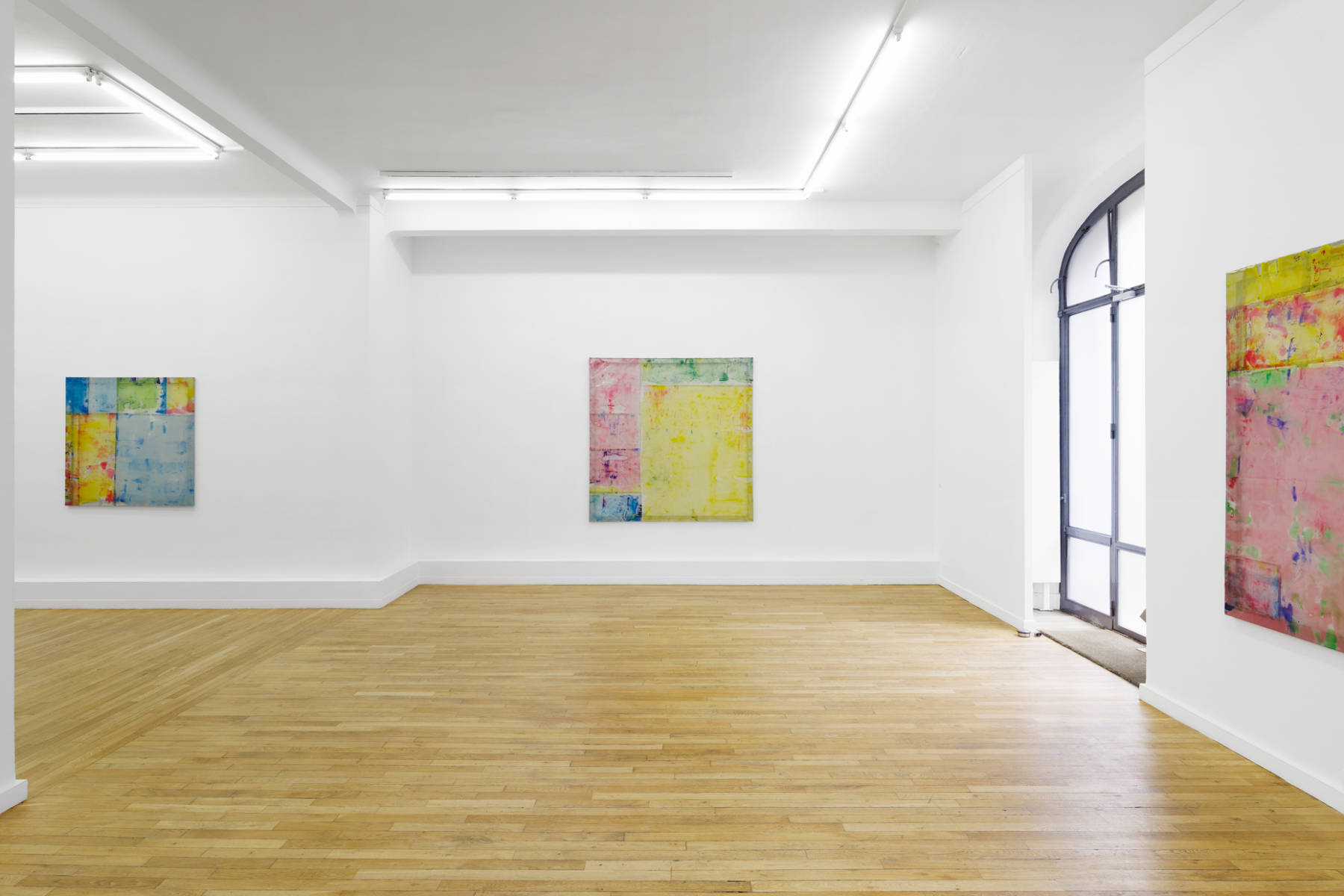 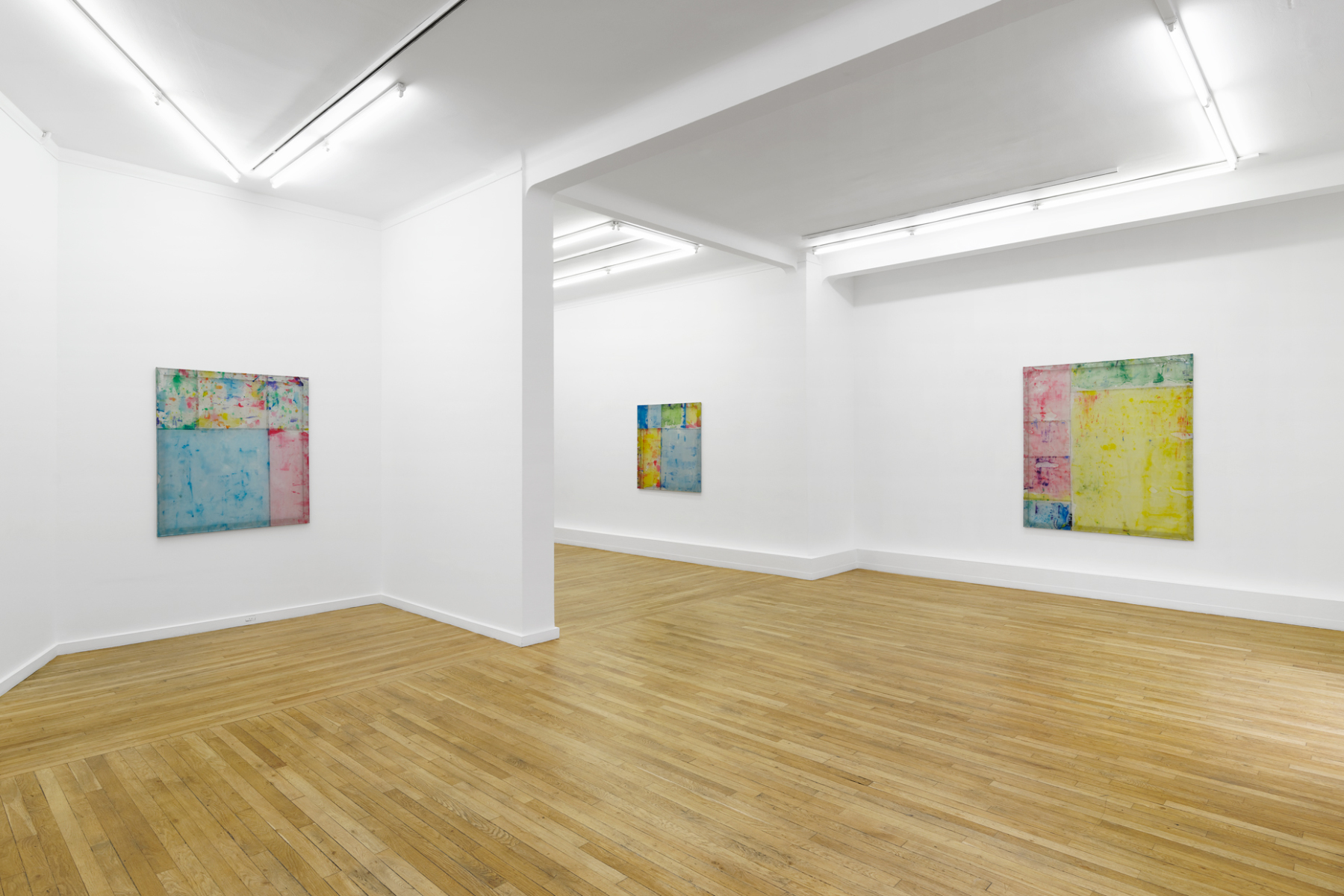 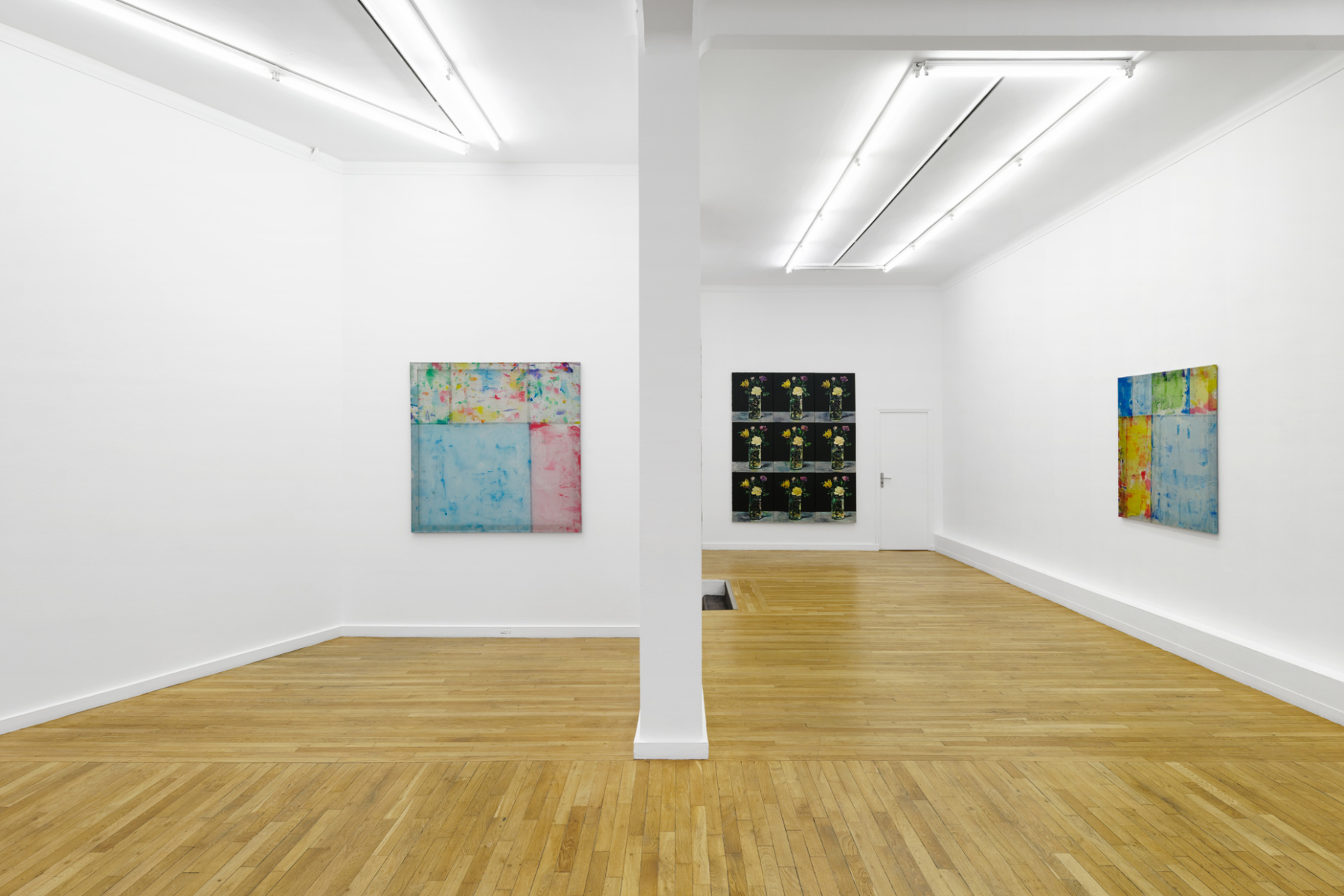 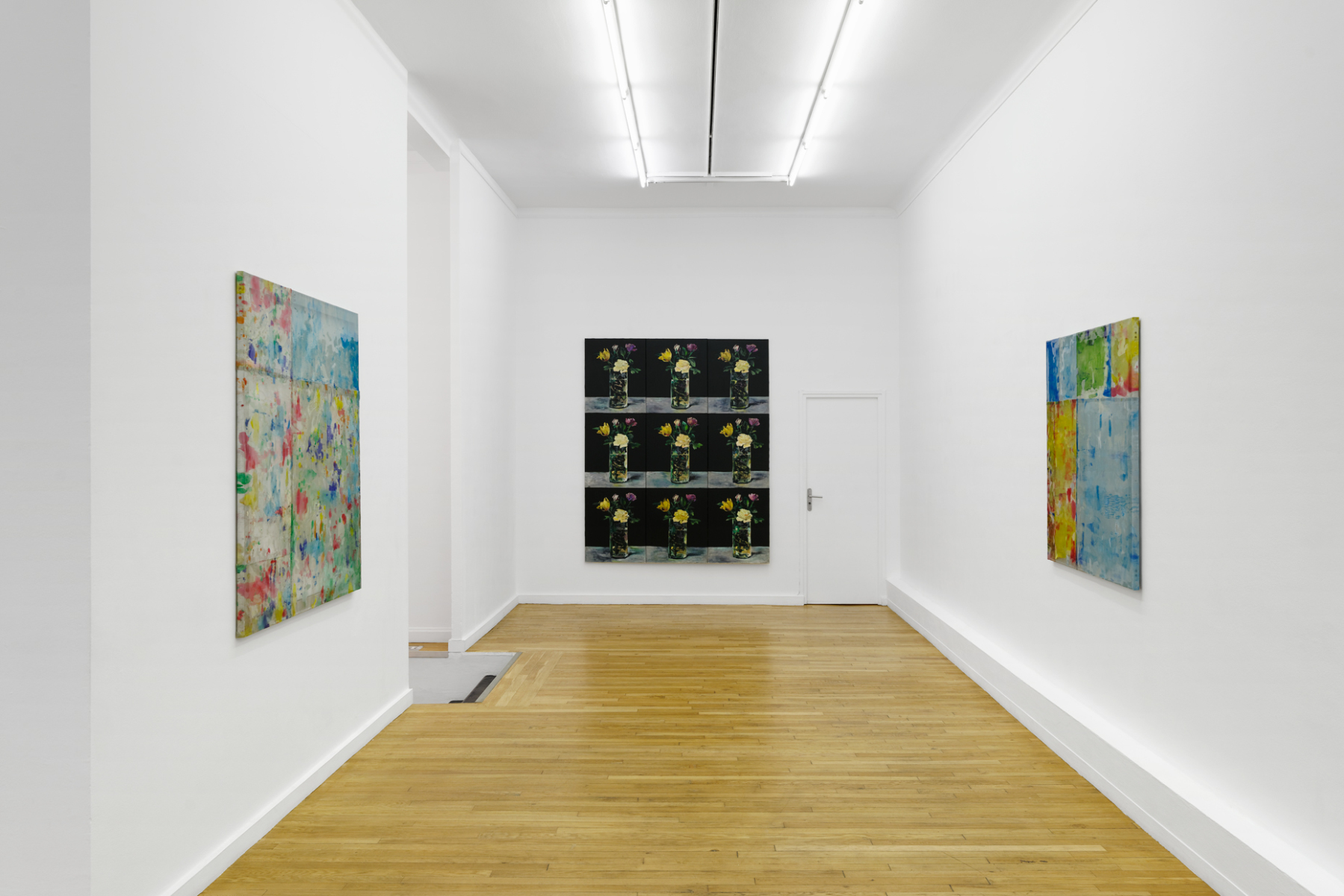 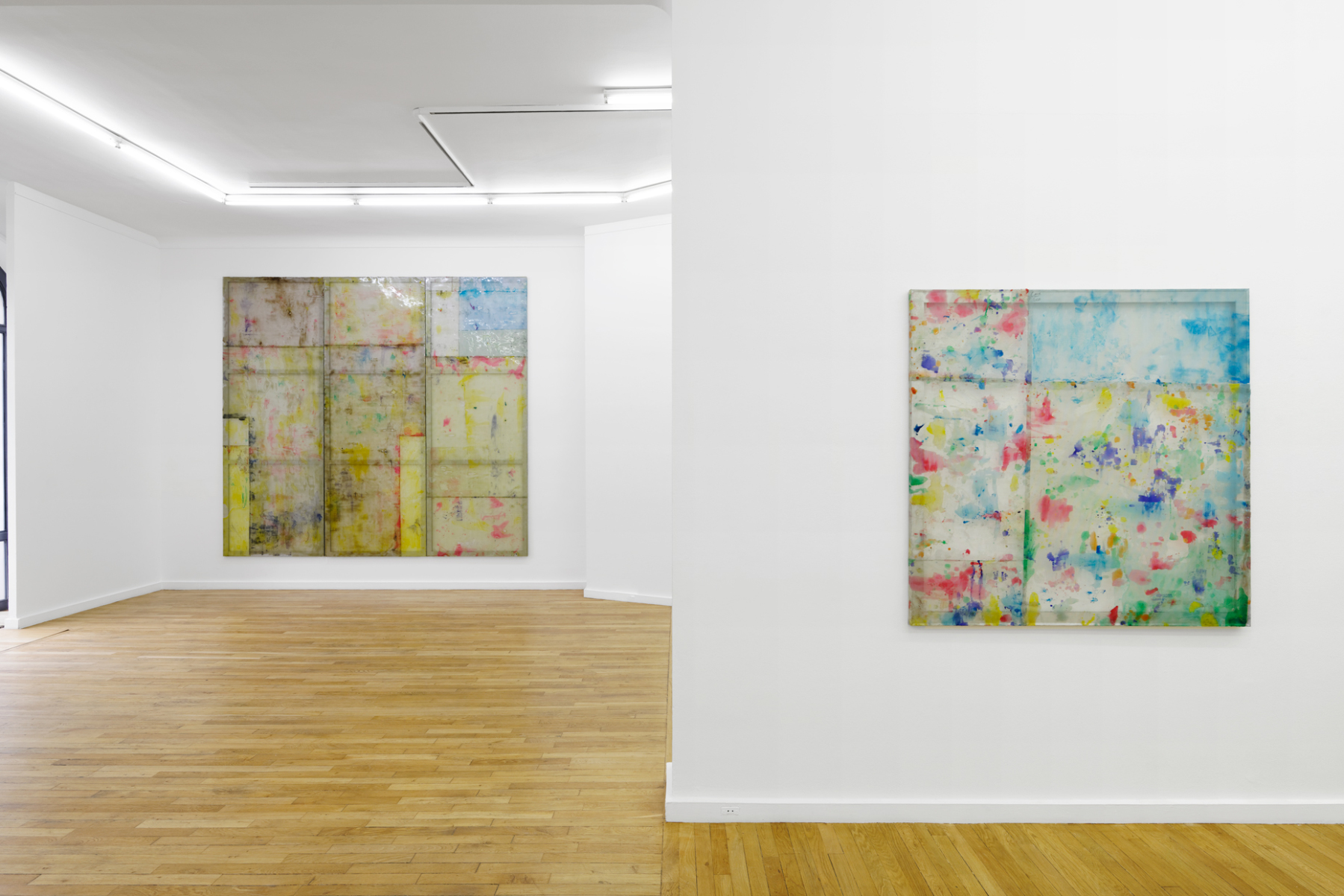 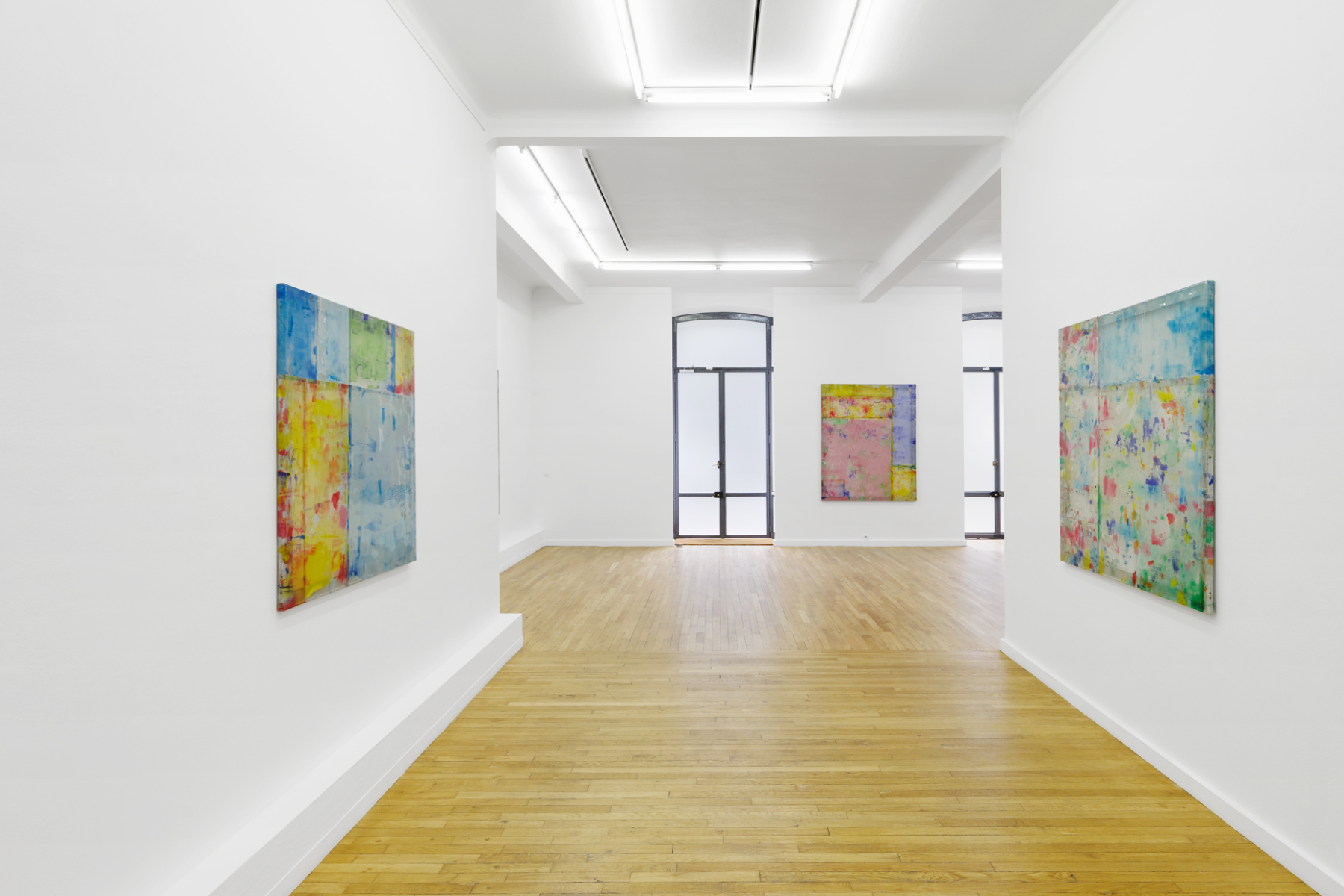 
Alongside his resin and abstract paintings, Louis Cane will assuredly surprise visitors to his new solo-show with the presence of a sculpture of a female nude with her arms at her sides, stranding straight, candid and proud. In bronze and of a large format, it should be considered in its first and obvious validation, affirming its power by its mere presence and the possible ‘head-on’ embarrassment it could cause those gazing at it.

Redefining what constitutes a female nude in sculpture: is this very different to the precepts that the artist developed in the late 1960s with the Supports/Surfaces group, which consisted in returning to the essence of the materials and signifiers? Our amazon here is presented without the artifices or other mythologies that have adorned the history of art, and “without naturalistic folds”, going back to the origin of the female nude in art. It is a subject that he has, moreover, used a great deal in his paintings, oscillating since the 1980s between figuration and abstraction, at the heart of a back-and-forth that has disconcerted a number of observers. Louis Cane has chosen here to exhibit his model surrounded by abstract paintings which he himself defines as “classics”. He rereads his own vocabulary of stamped canvases, while conceding tributes to Claude Monet, Willem de Kooning, Joan Mitchell or the tradition of a Simon Hantaï. This is clearly a pretext for being able to think about the act of painting and the relevance of placing a material on a canvas. “In these works,” he specifies, “I am not seeking to play the originality card. On the contrary, I seize the register of the ‘classic brush’ which, each time, yields a different result. The brushstroke is like the meaning in writing and every gesture can be polished or let go. I like it when the lines are a little incongruous or almost barbaric, but in the final analysis mine are ultimately quite polished ... ”. Is he trying to make us believe that he would like to be more expressive and is perhaps feeling imprisoned by too strong a pictorial heritage? Or is it a new joke on his part?

This process of exploring the material and the support is also used in the series of resins he has been producing for two decades. We re-read motifs typical of the artist, and namely windows or, more broadly, grids, even if these latter creations are enriched “with a gustatory surface that comes on the tip of the tongue” and adorned with gourmet roses ... It is a corpus which is revealed by addition or removal, constructed of concentrations of pastes and alveolar breaths. While we may still be bold enough to hazard a parallel with the author of the Water Lilies (which Louis Cane does not deny), these works encourage us to understand his relationship to painting better and better. “I can, for example, wonder about the temporality of the touch,” he continues. “The more lively, quick, efficient, even barbaric it is, the less it ages. But then, it produces fewer effects, even though Claude Monet, more delicate in approach, offers us great tasty pictorial effects”. As for analysing whether his own work be appetising or looser, he concedes that he plays on both registers and then thinks of Paul Cézanne, who could boast a line that is as delectable as it is sometimes hasty. “From time to time, he depicts a tree trunk that has been simply churned out, but that aspect is difficult to see because the figuration justifies it.” The choice of words is as carefully thought-out as his studio approach and, entering his sixth decade of career, Louis Cane has never ceased to dig down into these questions.

Other recurring topics are those of analysis and judgment. Having embarked on radical changes of style since the beginning of his career, combining kitsch with the most minimal art, the loosest manner with the tightest, even though his works of the 1960s and 1970s would have assured him immediate critical acclaim – but perhaps it would have been too easy …? – he often quotes Witold Gombrowicz and the existence of objective factors for assessing a work of art. Namely, whether the item has produced beauty, whether it be rare, whether it can lead to a sense of surprise in the spectator or reveal itself to be formally interesting. “These criteria remain,” concludes Louis Cane, “and are almost universal, but no one wants to use them any more, and it is true that at one point we came up against a kind of authoritarianism on the part of the censors which could make us fall into the trap of wanting to please ... Today, some forms of beauty work in the art market, but they are a little flirtatious, a little ‘loud’ or exhibitionist. In the end, the real difficulty remains that of being honest in your work, but often, you can only see this years later ... ” Louis Cane has thus chosen to present a figurative sculpture also to evoke his relationship to abstract painting. He has always been a little ‘over-the-top’ or, as some have thought, self-destructive, and here he tests his audience before agreeing to talk to them about art.