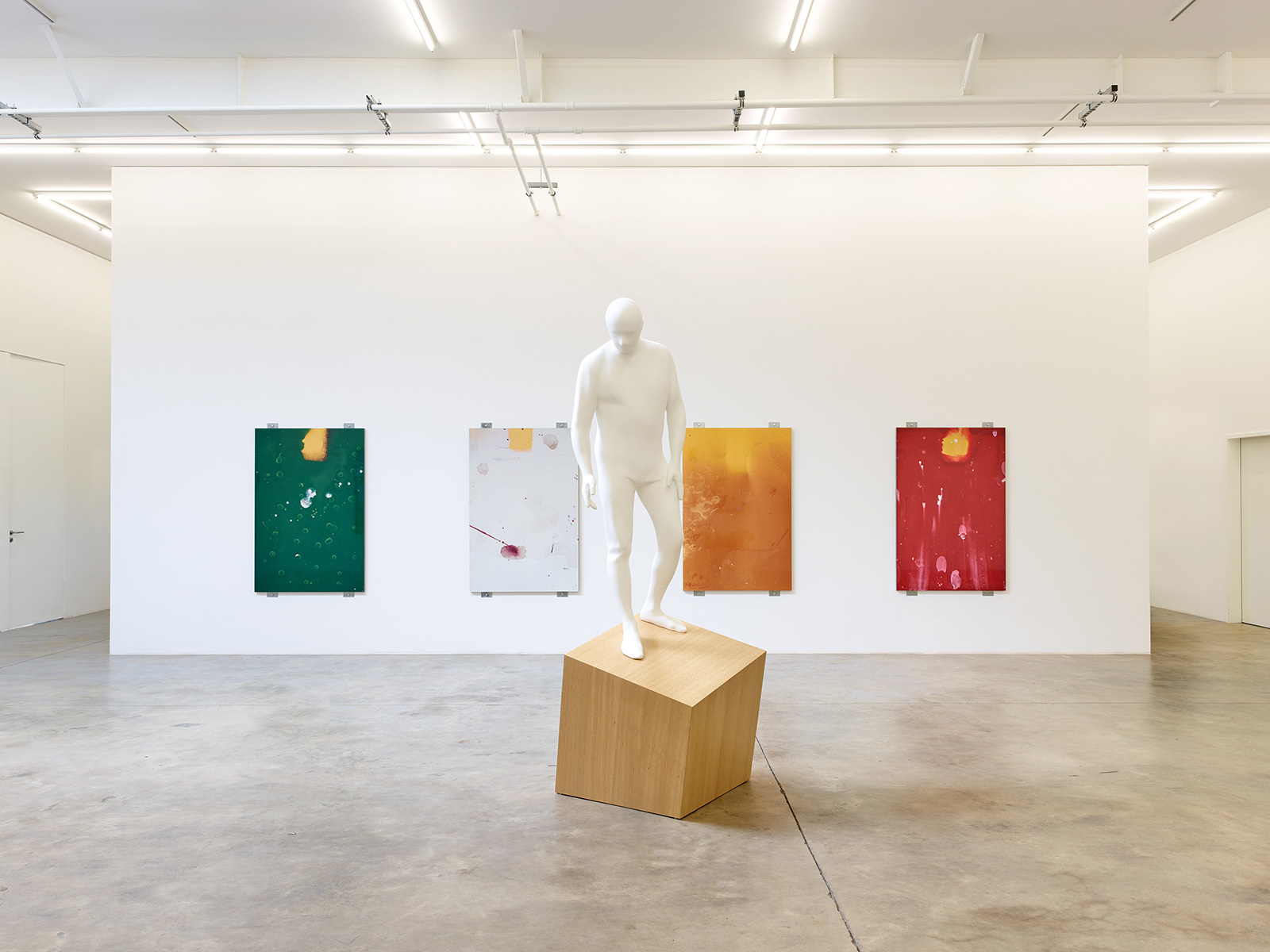 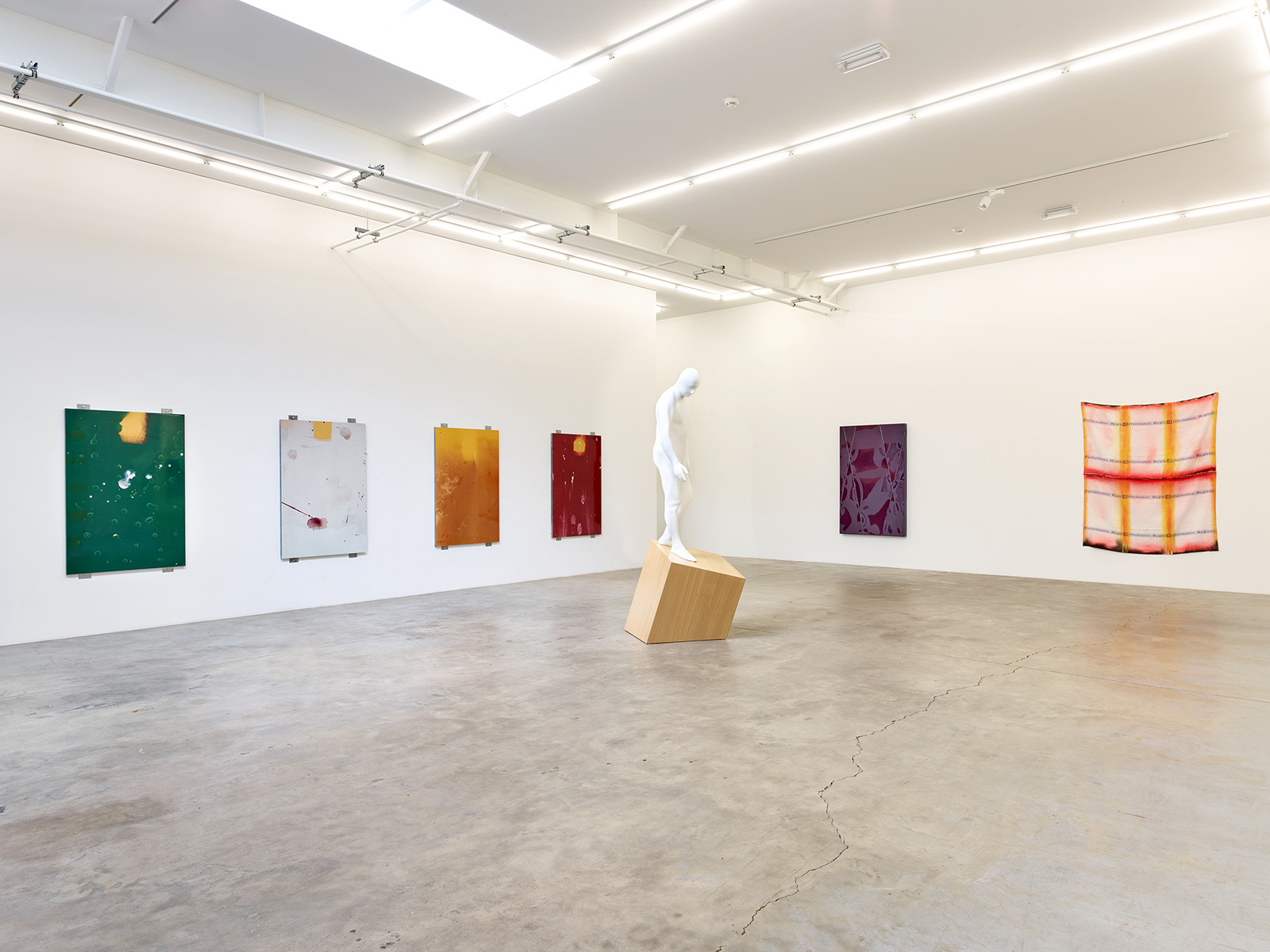 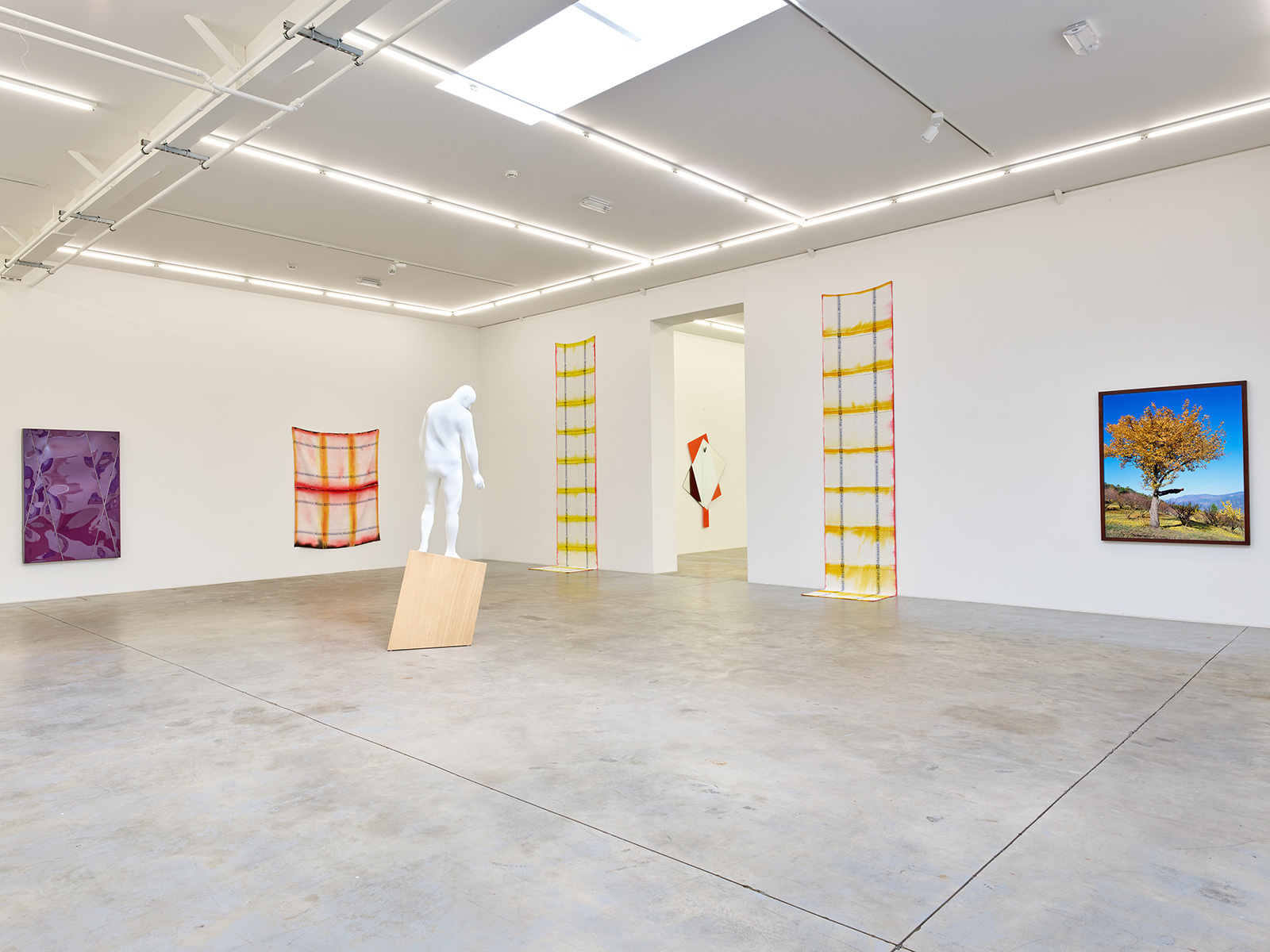 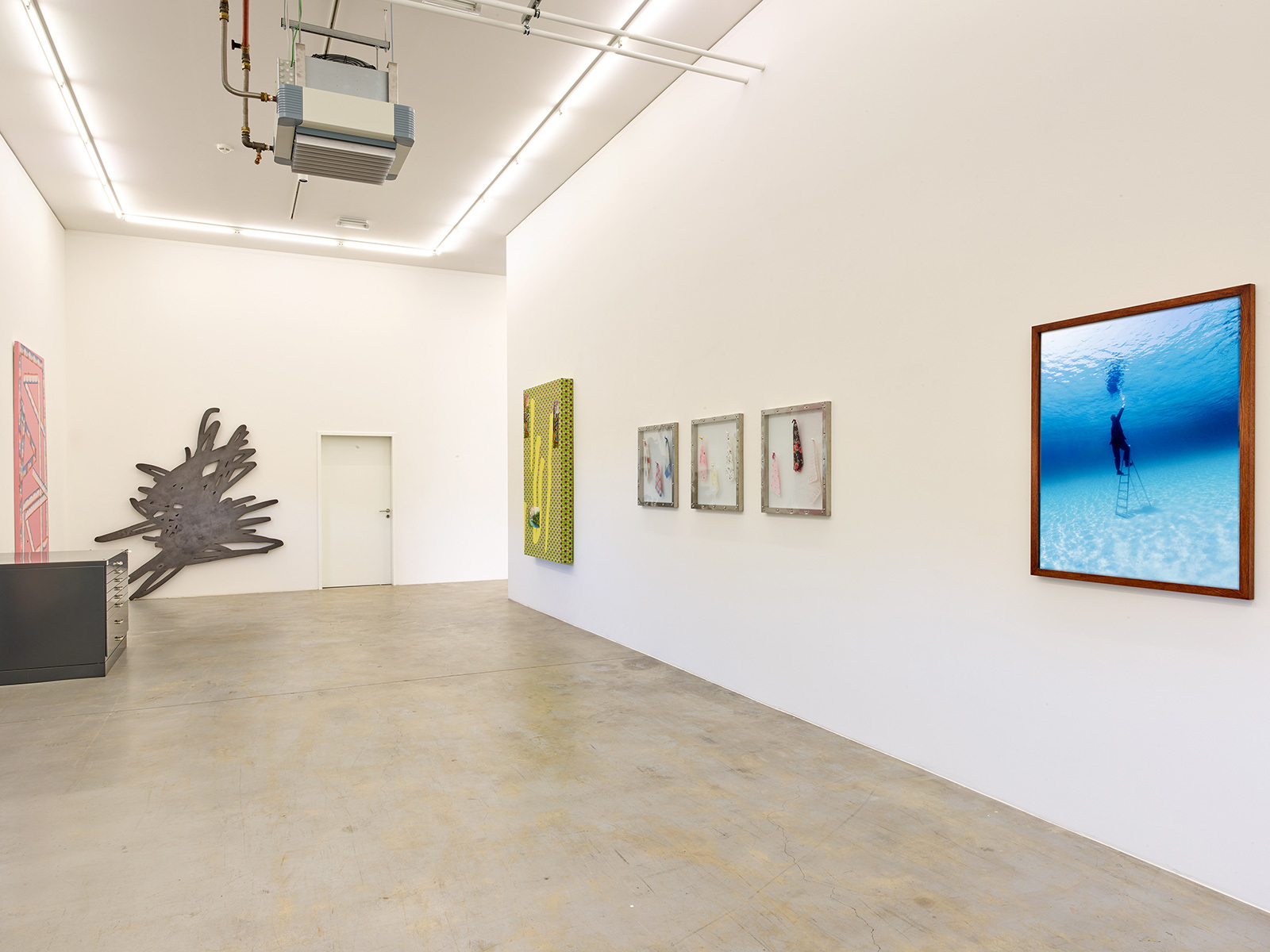 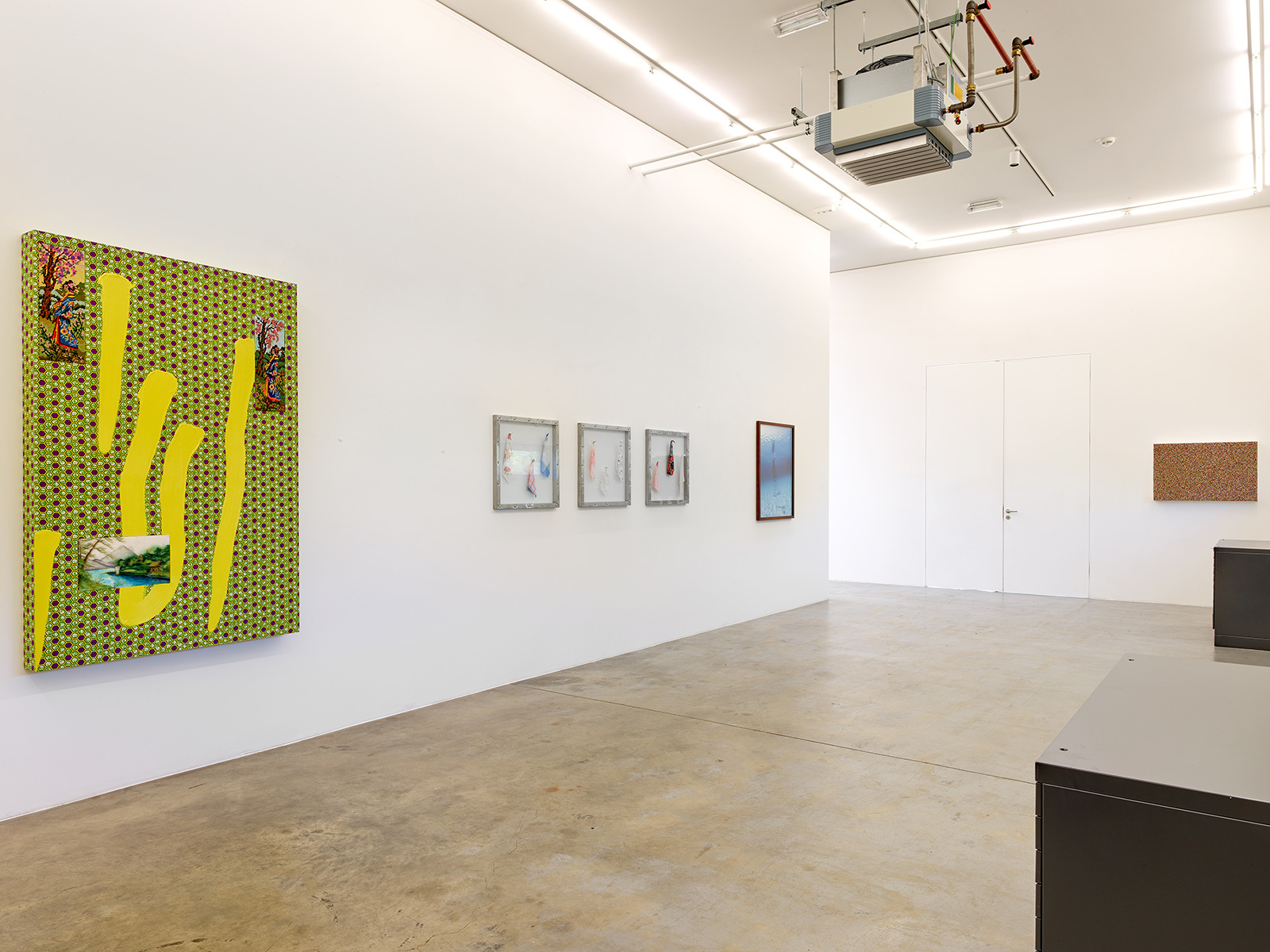 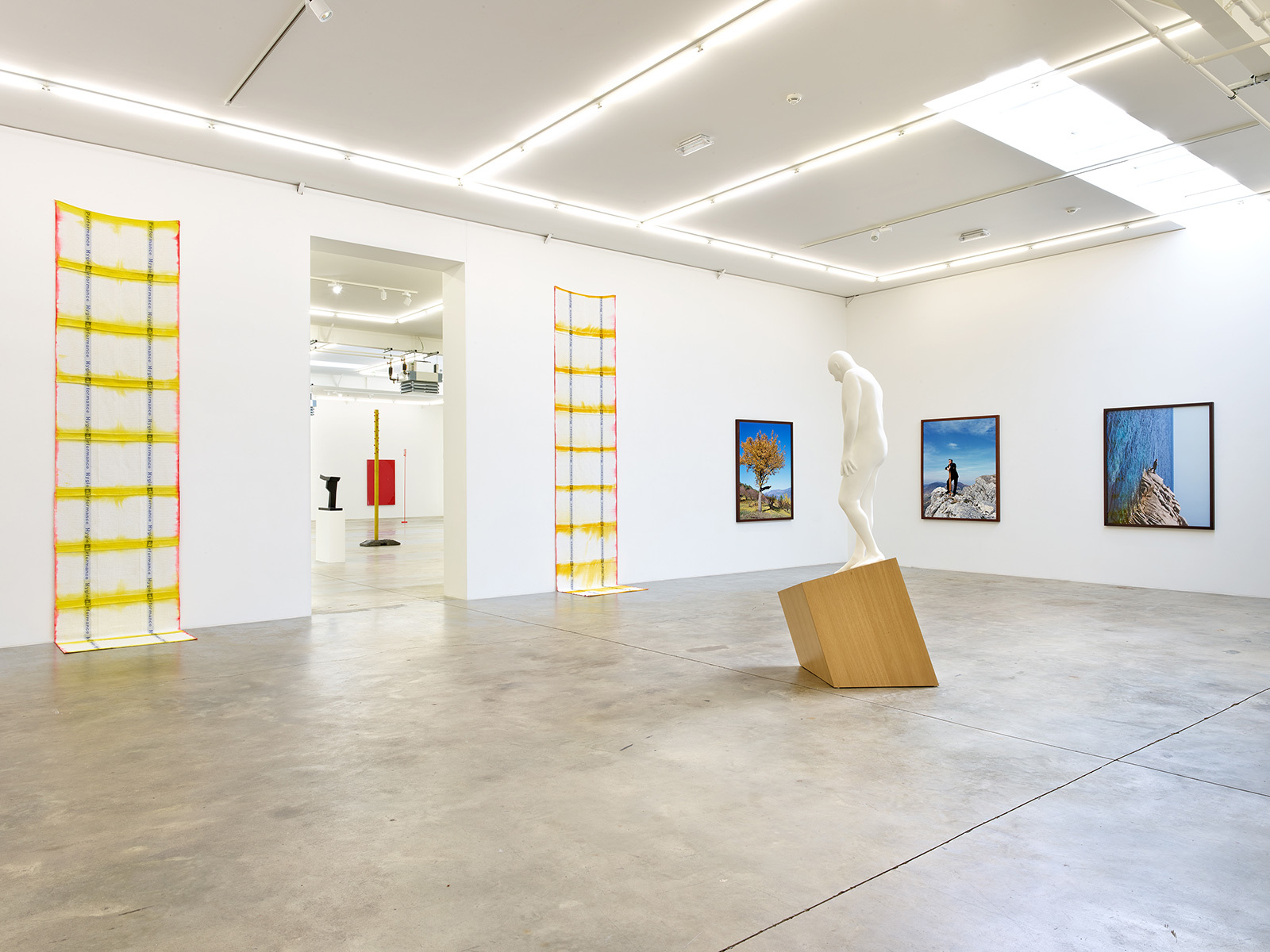 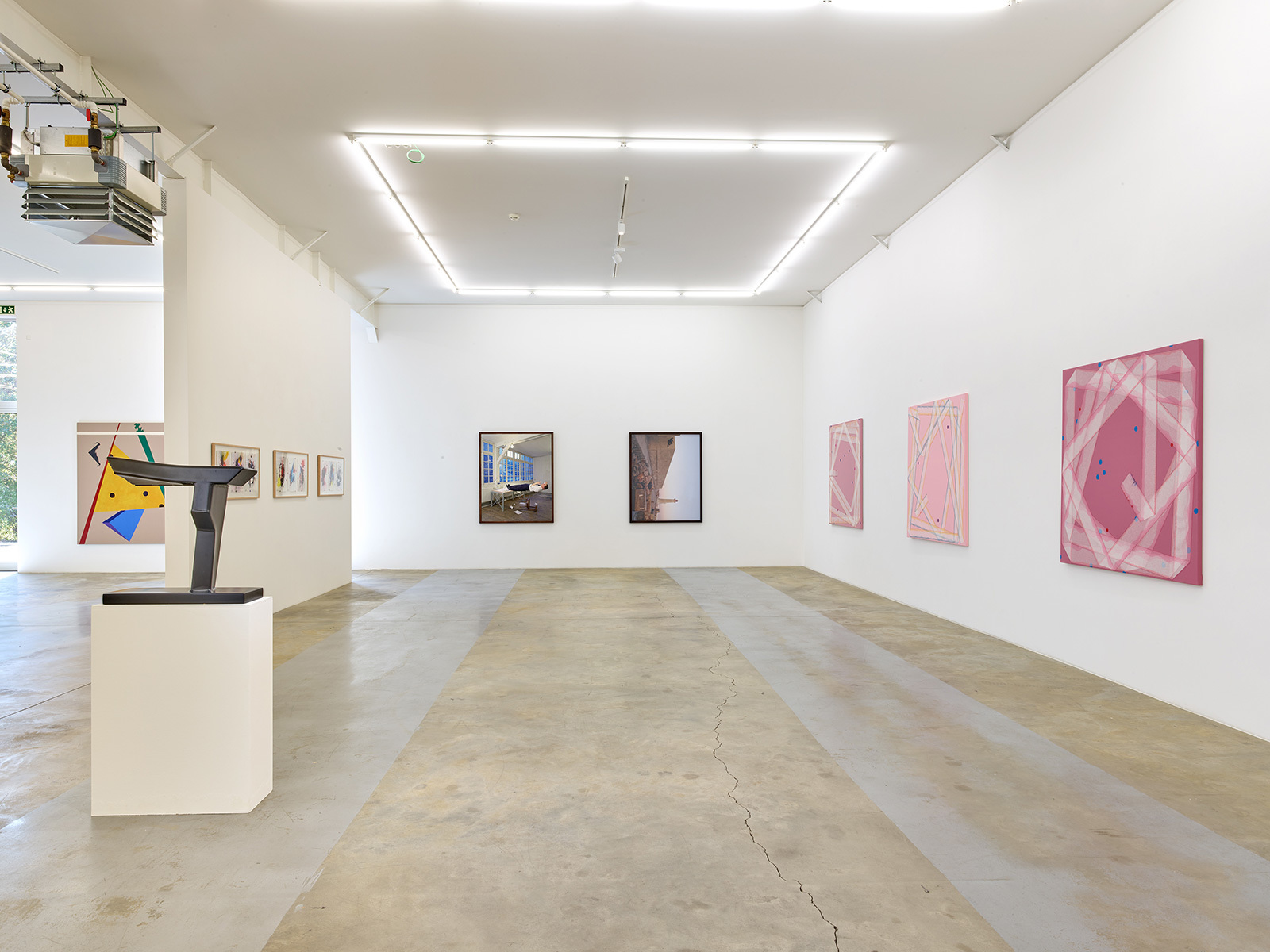 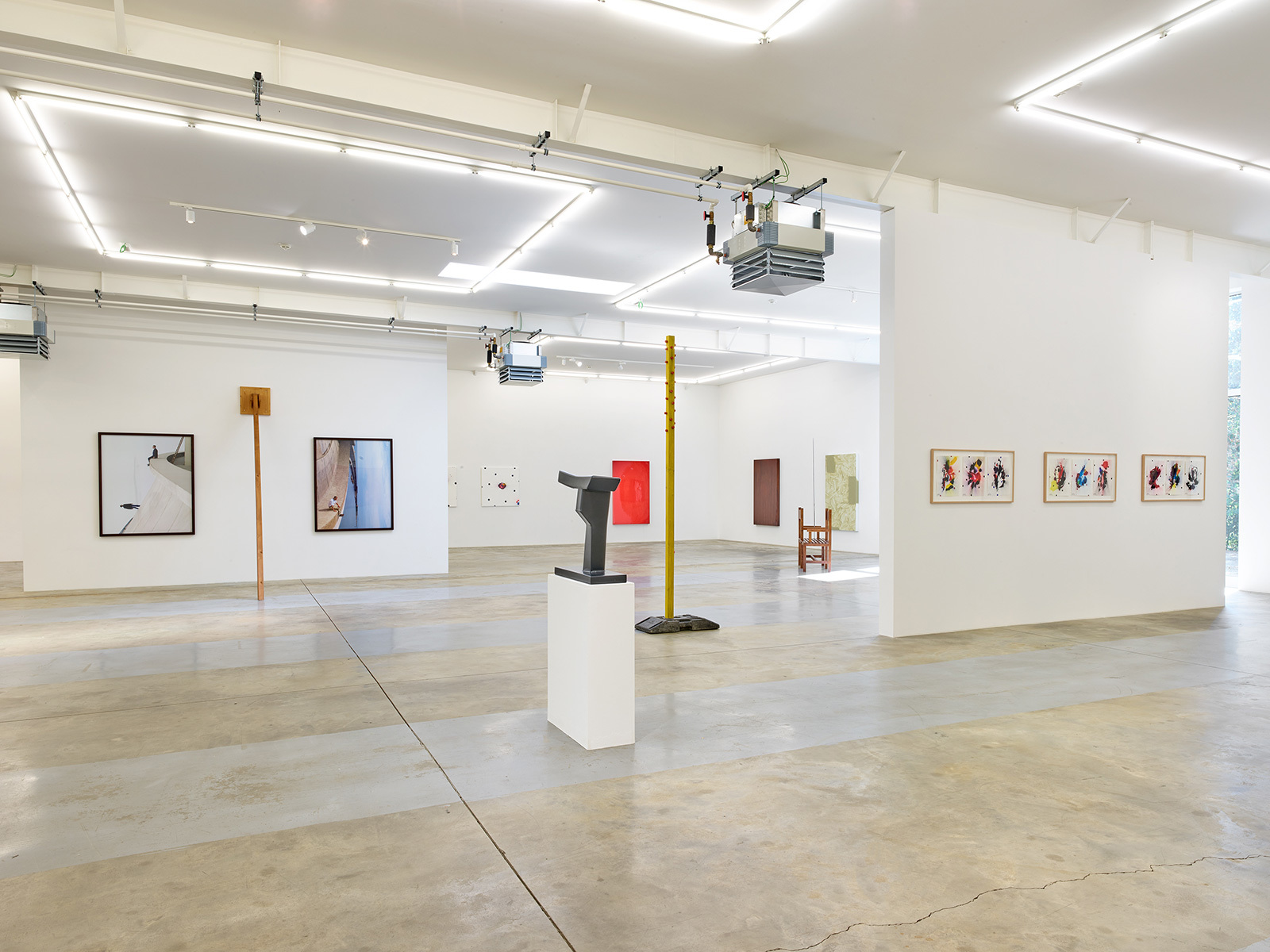 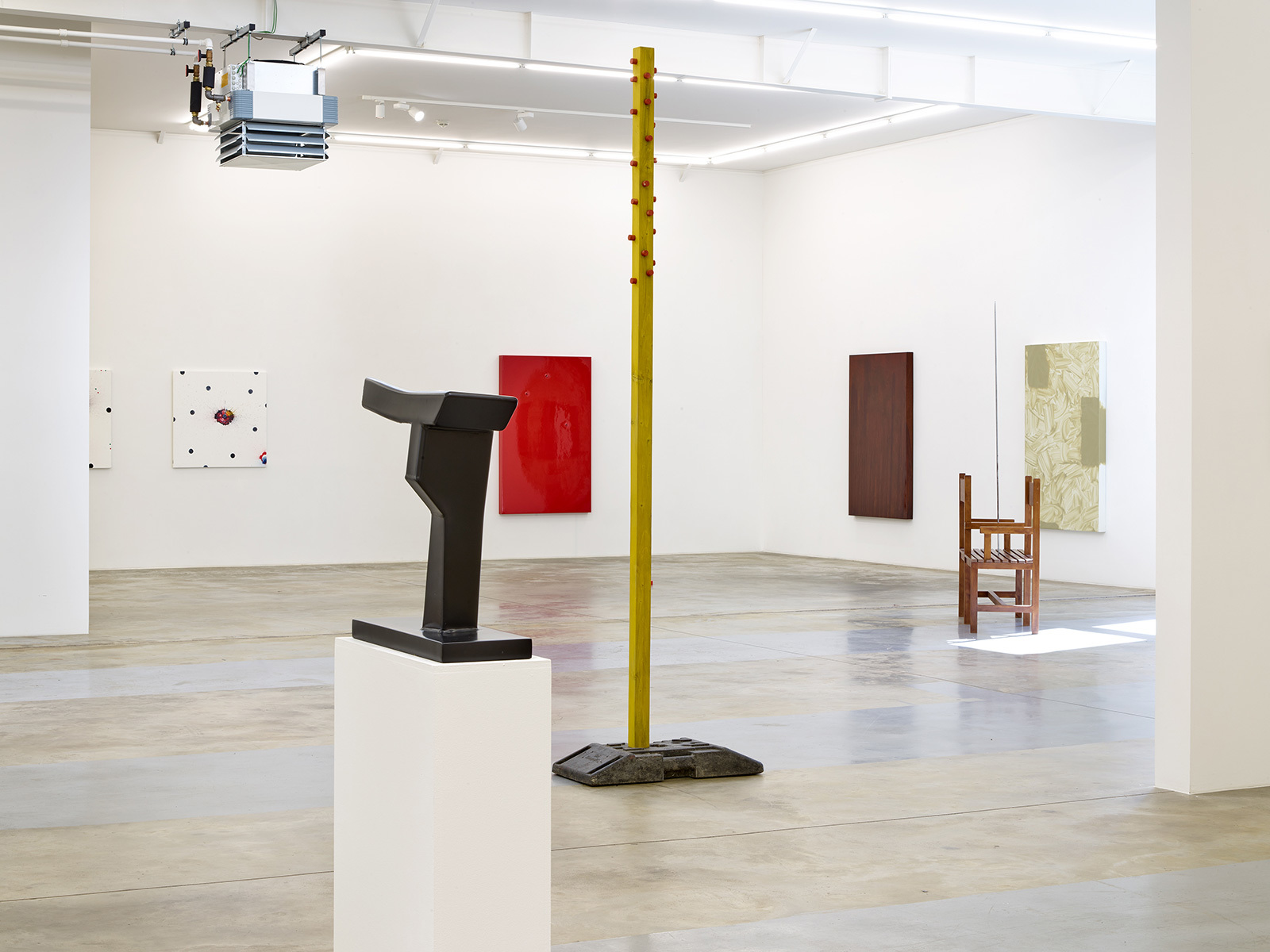 
The Art of Argument

Pascal Pinaud and Philippe Ramette met at the Villa Arson, when Noël Dolla was a professor. During the period they were enrolled in Dolla's studio, disputatio still informed the school's program. Dolla made it the basis of his teaching and research, and even, it seems, an examination technique. Since then, Pinaud and Ramette have become masters in their own right; it's no longer a question of Dolla distributing the roles of opponens and respondens in order to teach pictorial argumentation.

Today, the three artists share the gallery walls in a decidedly triangular discussion, where all sides are equal. Over a hundred works occupy the space with a proliferation of visual propositions debating without a word. Real plastic art is visual not verbal. Though each artist stays focused on his own investigations, the general theme of the exhibition is suffused with conceptual clarity.

Pinaud does not question paintings, he makes them. In Sans titre 2006 (fabric laminated on wood, acrylic paint, gel medium, canvas), Deep Black Mitsubushi (automobile lacquer on sheet metal, adhesive paper, varnish) or Sans titre 2009 (upholstery fabric laminated on wood, silk paint, gel medium) he generates analytical painting without wallowing in demonstrations. They are unnecessary; these works are fired up by a sensuality that is all the more palpable for being cool and affectless. His experiments in the series Patère (coat hook) are particularly suave: all while maintaining its autonomy, each work appropriates the wall space upon which it is suspended; and gives it dynamism, without ever referring to the real world or to the expression of sentiment. No matter the medium or the materials, Pinaud has a thing for finish. At first view, it is a matter of production values: the honest entrepreneur's respect for craft. But the artwork reveals itself to whoever understands its internal criteria and the manner it wishes to be seen. These works beg for a dandy to give them the white glove test. Surely they would recognize themselves in The Decay of Lying by Oscar Wilde: « As long as a thing is useful or necessary to us, or affects us in any way, either for pain or for pleasure, or appeals strongly to our sympathies, or is a vital part of the environment in which we live, it is outside the proper sphere of art. »

Philippe Ramette's conceptual ethic is expressed through a sophisticated humor. This serves him both as a weapon and a shield. Thus armed, he takes his place in the pictorial debate even though his favored medium is photography. With no faith in reason, his work exploits the visual paradoxes that call into question the point of view-- the artist's or the spectator's. By the same token, he avoids all the linguistic traps that are the calling card of artists such as René Magritte, for Ramette aims to renovate the status of the artwork in our modernity. The legitimacy Ramette seeks is to be found in the subversive, esthetic permanence in the ephemeral. One suspects that his wiseacre attitude hides a real melancholia, which itself masks some idealistic project for care and recovery. Far from glorifying the exploits of contemporary society, he fabricates objects that might be fetishes to conjure the demons liberated by the thoughtlessness of our desires.

« What can you paint after Leonardo da Vinci, Turner, Monet, Matisse, Mondrian, Manzoni and G. Richter? » Alan Dool asked that question over twenty years ago. His alias, Noël Dolla, responds with several series he activates to defend the great modernist tradition. The Plis et Replis (folds and pleats) redeploy, in a perfectly formalist experiment, dots and gauze on stretched canvas, whereas this vocabulary had previously been devoted to freely suspended pieces and Spatial Restructurations. Paintings from the Sniper series are all stamped on their backs with the date 14 May 2018 (when Israeli sharpshooters killed 56 weaponless Palestinians during a march commemorating the Nakba). As a way of indicating the part of politics in his art, Dolla fabricated these works by shooting his ADWC. 45-- Arm for Declogging the WC. His participation concludes with Hygiène Performance, a flying trapeze act swinging between past and present, in his words, to ensure the future of his work by taking into account and against all accounts the history of his own painting and that of the Supports/Surfaces movement. Don't hold your breath, Dolla always lands on his feet.