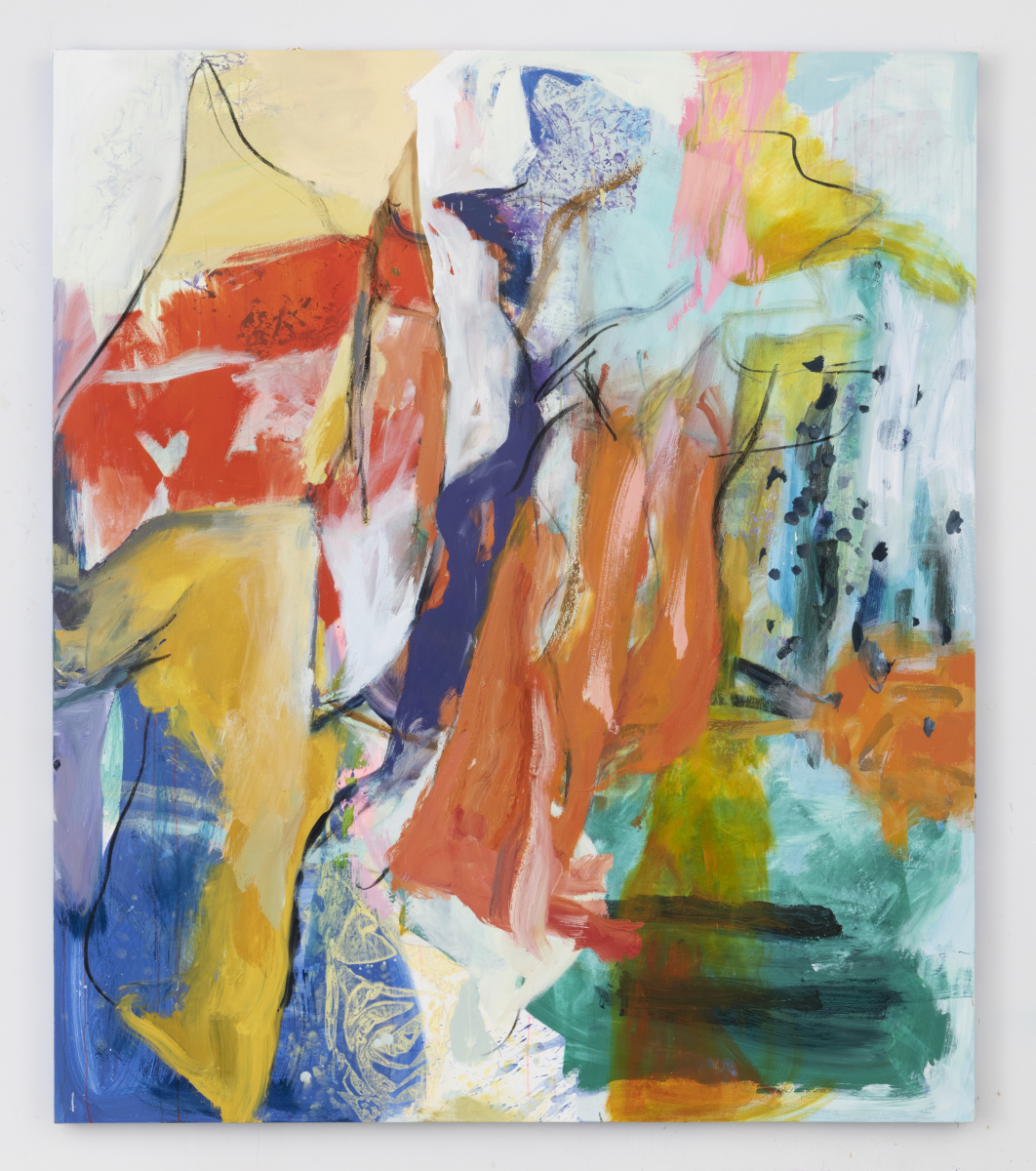 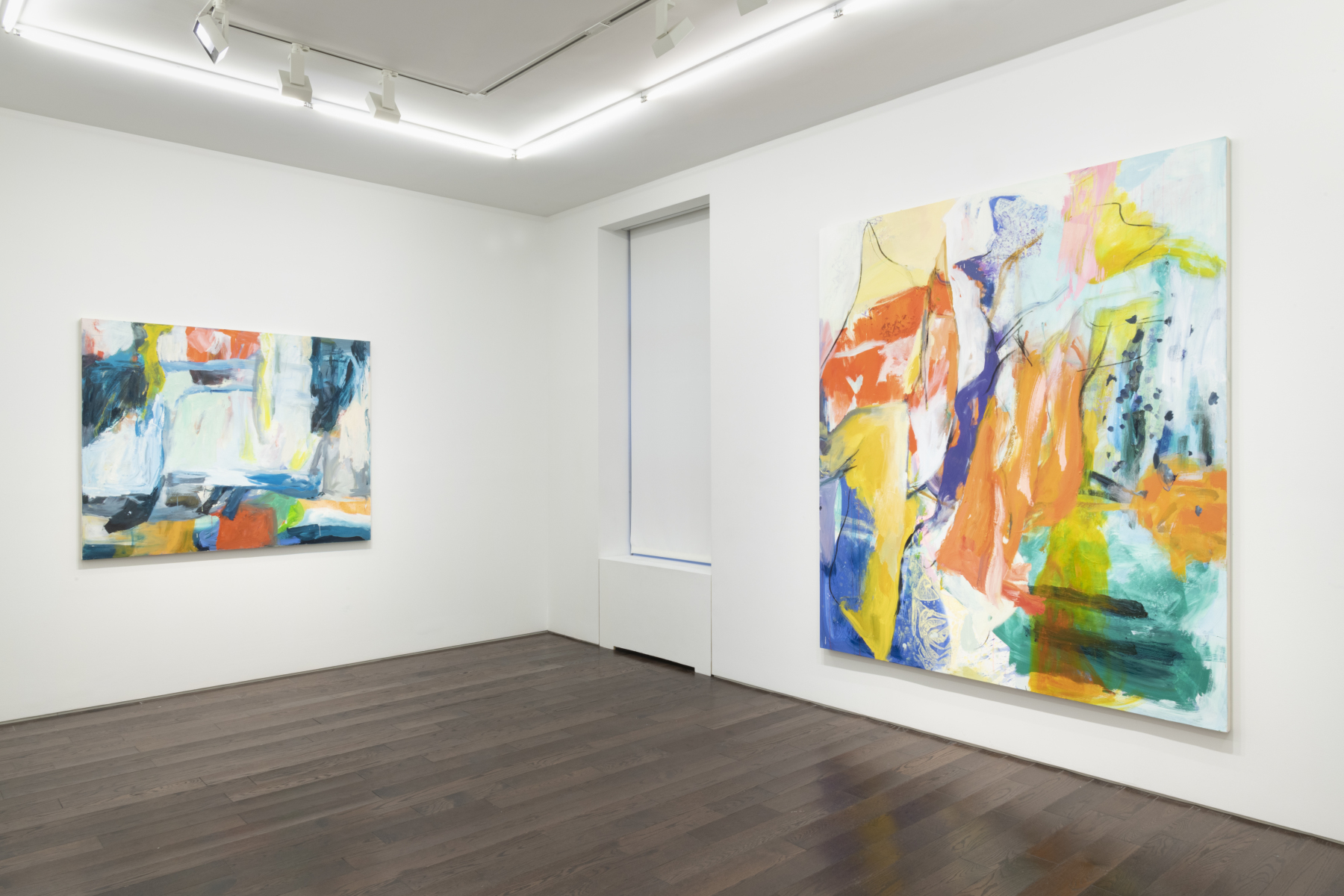 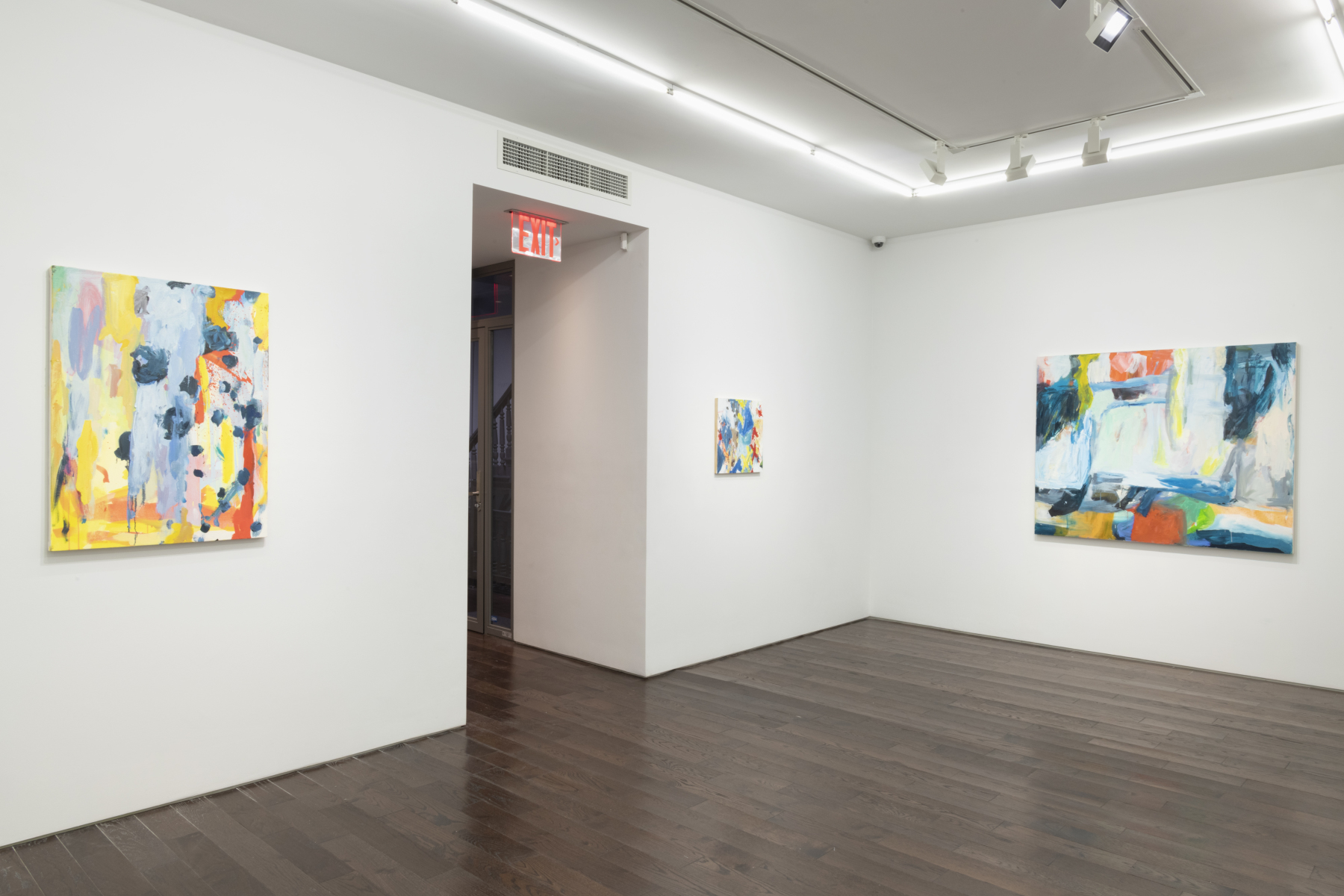 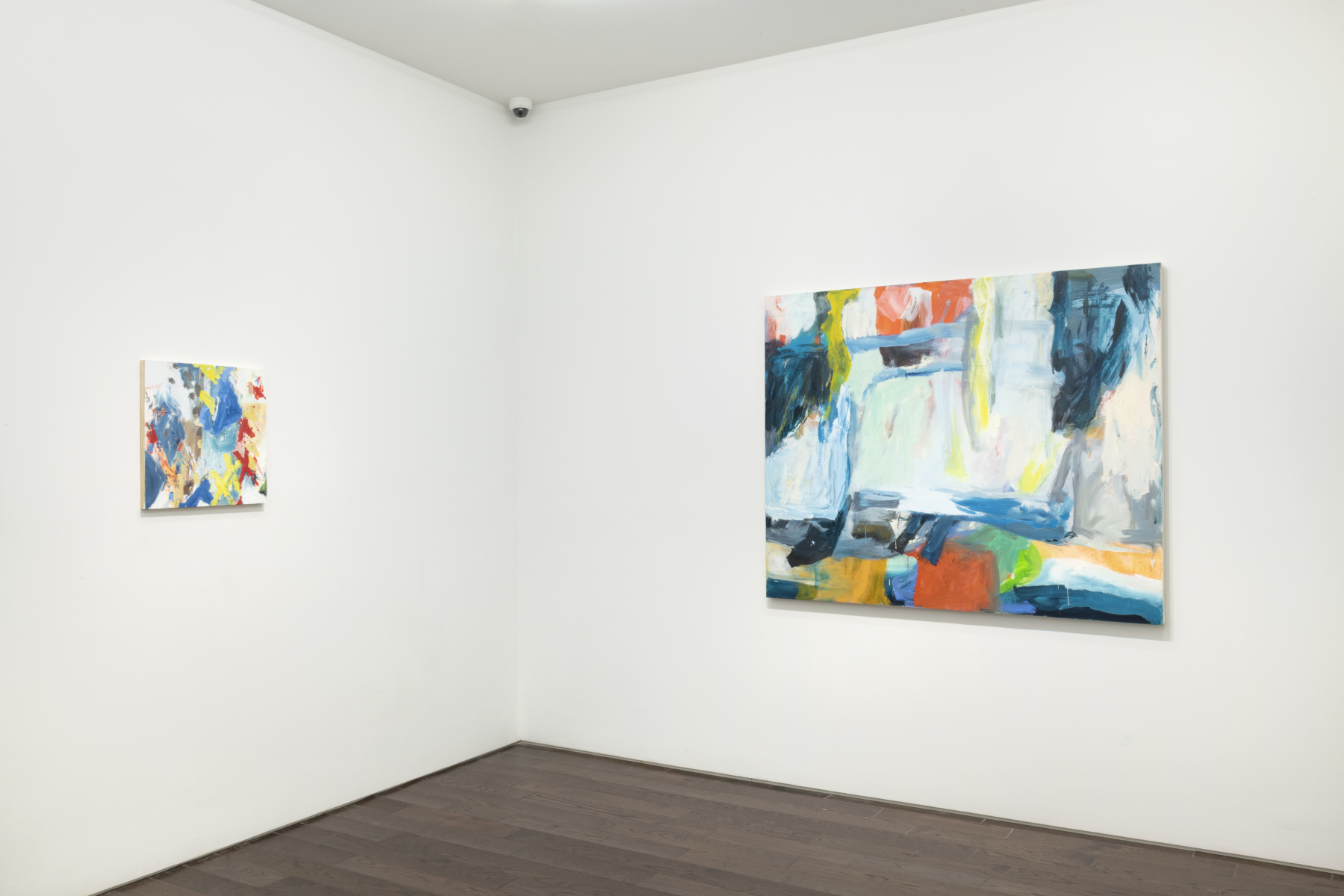 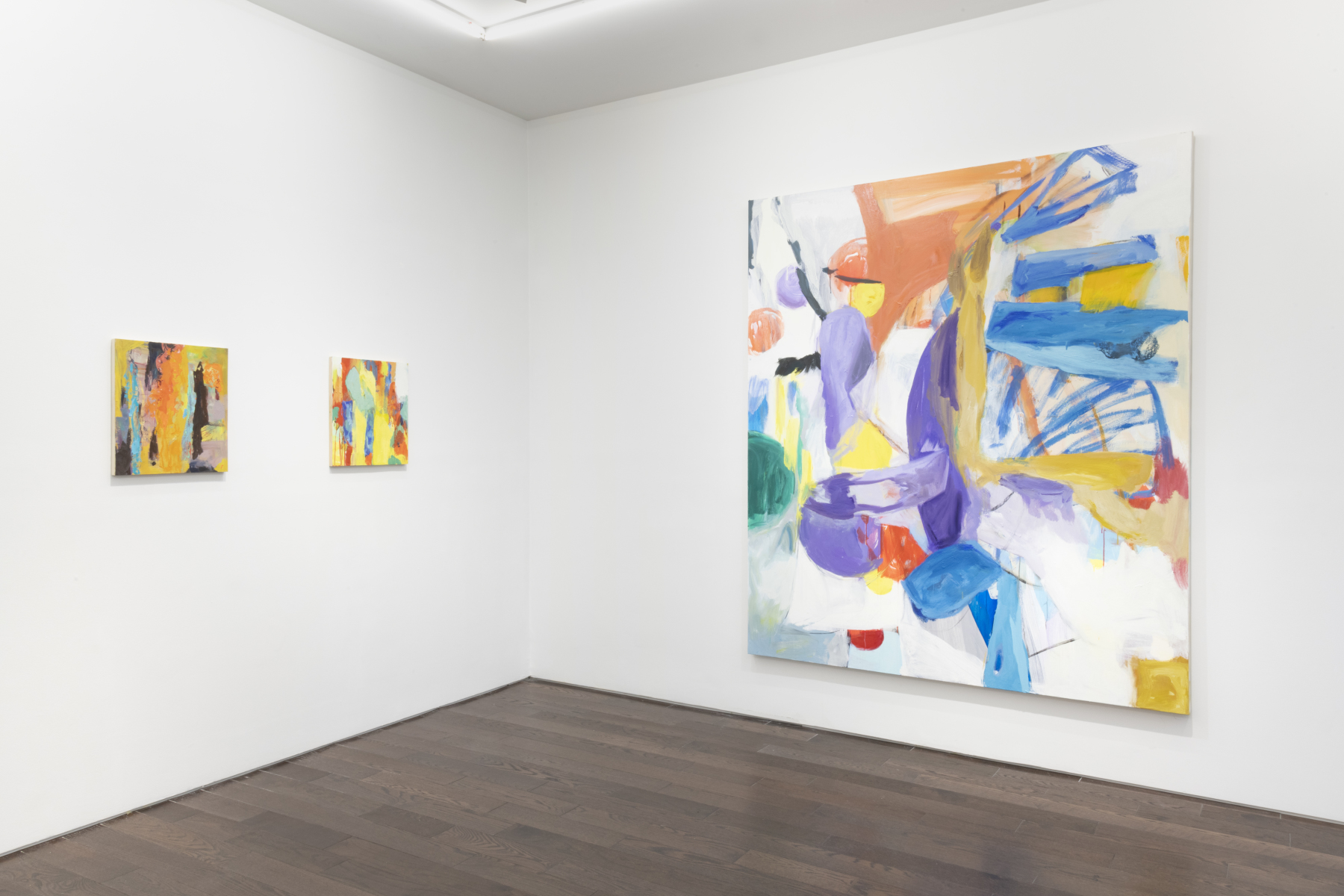 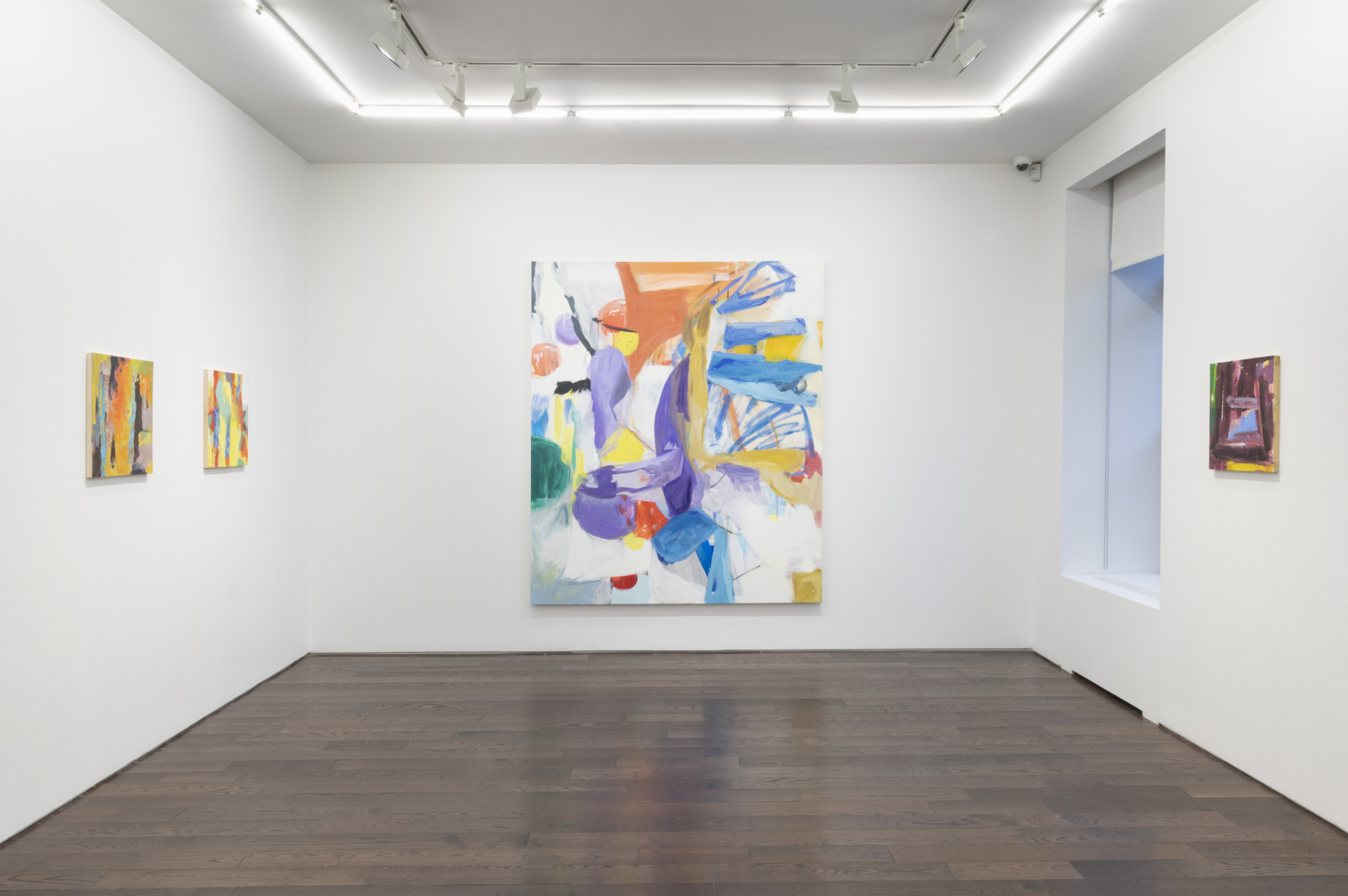 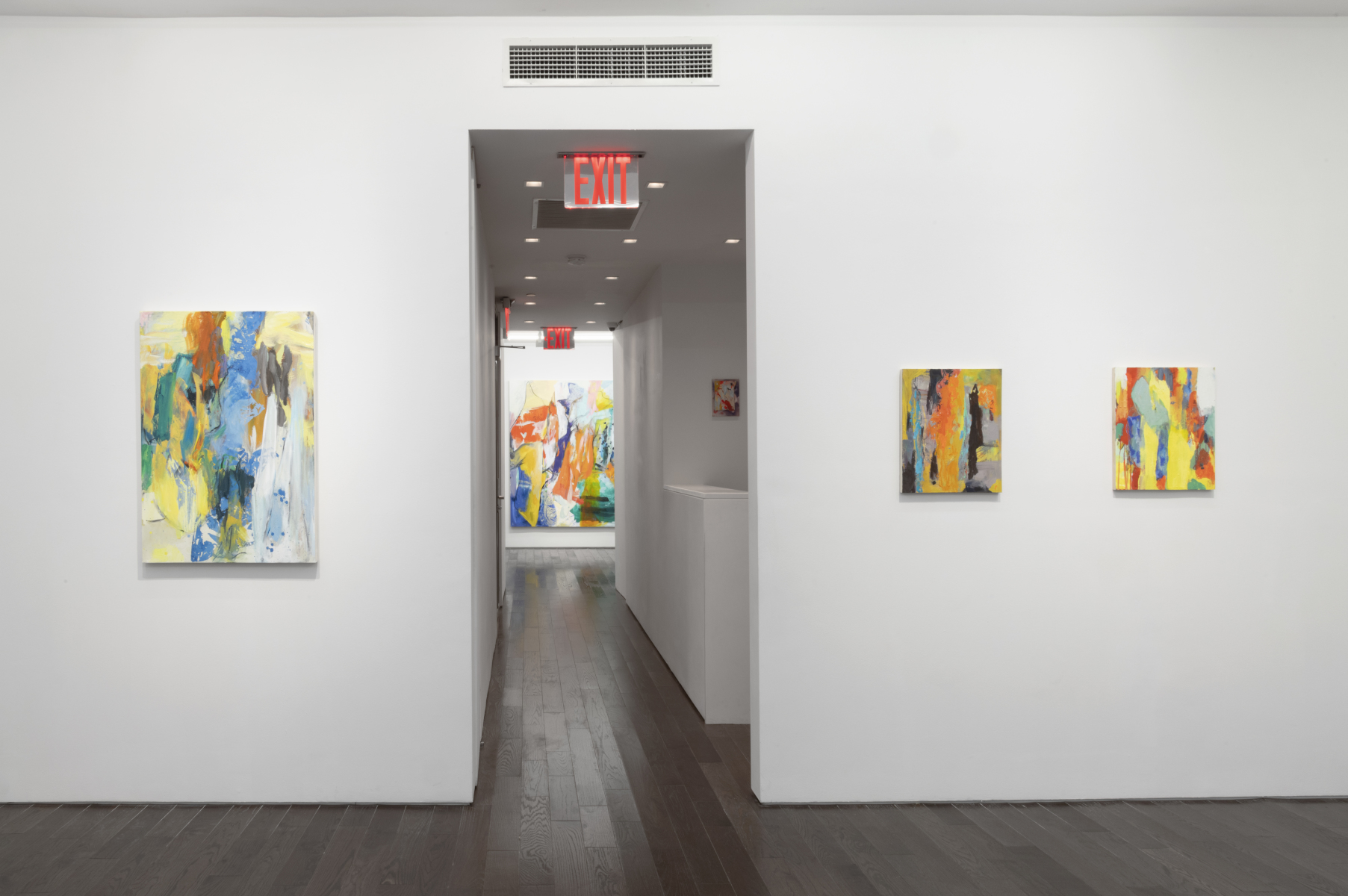 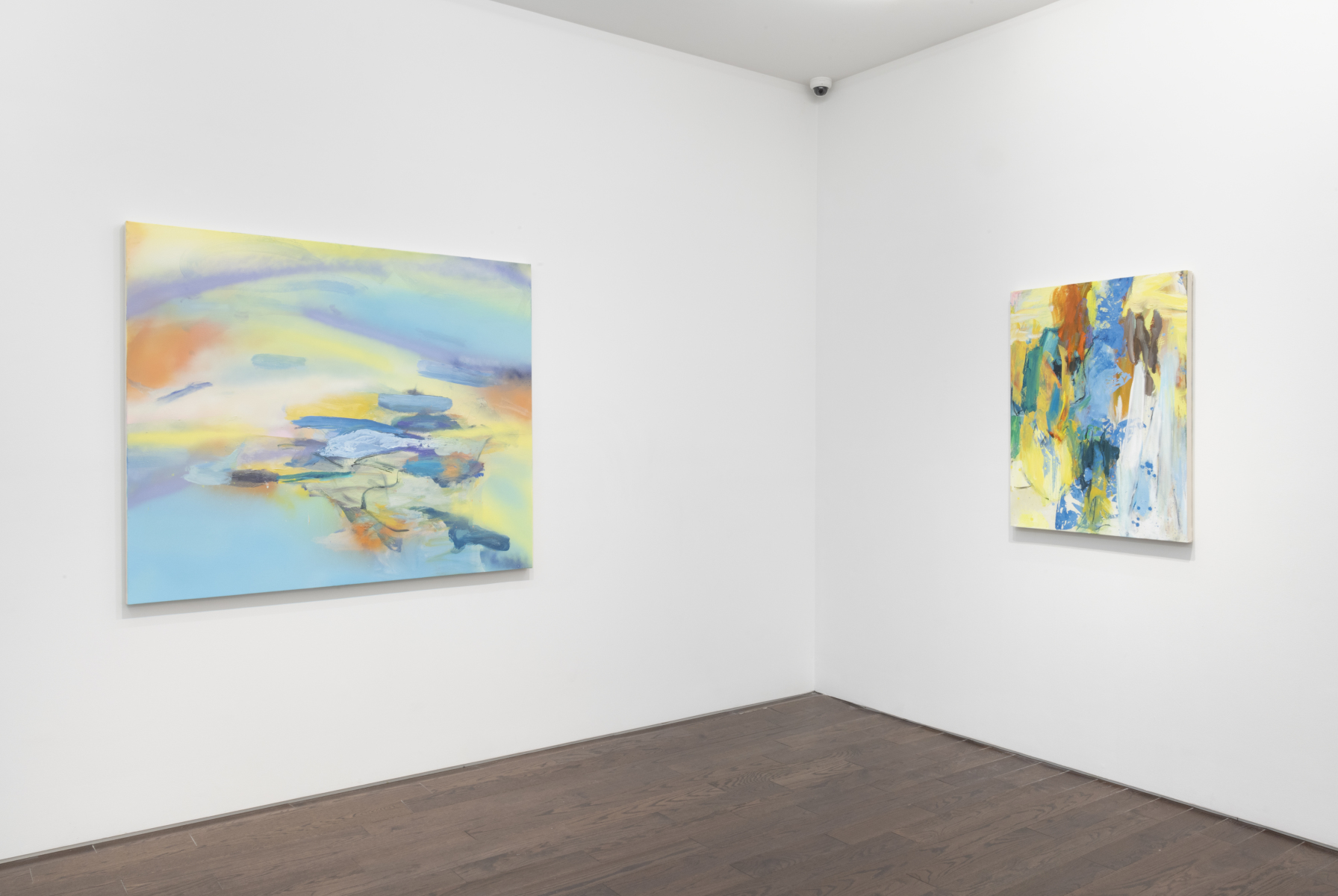 To ‘take the air’ is to go on a walk outside, specifically a walk for the purpose of healing. The notion stems from the idea that in order to be healthy—both physically and mentally—one must occasionally flee the stuffiness of hazy interiors in favor of the curative air of the outdoors. In this new body of work, Wallace Whitney reconciles this pre-scientific therapy with the threat that lingers in the air we take, exploring the fault lines in what is meant to be protective and pulling from his scholarship of the historical Supports/Surfaces movement which rejected the architectural boundaries of art making.

Wallace Whitney describes his Bronx studio as a life raft of sorts—a sentiment that is reinforced by the architecture of the space, which is raised above street level, accessible by a set of external stairs. This is and always has been Whitney’s safe haven. However, as social life has been pushed outdoors, the steps to his life raft have turned into a gathering space for his neighbors. Voices, music, the scent of charcoal grills all float up and into the studio, bringing to light the permeability and arbitrariness of the the studio’s boundaries, as well as the profound necessity of closeness. In Wallace’s own words, the newfound proximity in a time of prescribed distance rendered people’s motivations and burdens more curious, more felt, more reassuring.

This external life has filtered into Whitney’s paintings, with their lush romantic pallets punctuated by his recognizably energetic gestures and quotes from the aesthetic languages of several Supports/Surfaces artists. Homemade stamps and imprints of materials soaked in paint speak directly to the practices of Louis Cane and Claude Viallat who would often exhibit their work outdoors in late 60s France. The result is distinctly poetic and almost musical. The emphasis on togetherness and the attention Whitney pays to the process of painting—the tempo, scale, history, and material intelligence—is what positions his work as a true act of creation, of construction, and of healing. To experience his paintings is to Take the air.

Wallace Whitney (b. 1969, Boston, MA) lives and works in New York, NY. Whitney received his BA from Hampshire College and his MFA from the Milton Avery Graduate School of the Arts at Bard College. His work has been the subject of several solo presentations both in the US and abroad, including shows at Ceysson & Bénétière, Horton Gallery and CANADA in New York. Whitney has also been included in numerous group exhibitions at Night Gallery, Los Angeles, Drag City, Chicago, Ewing Gallery of Art at the University of Tennessee - Knoxville, and The Ulrich Museum, Kansas City. Wallace Whitney has also curated several exhibitions, notably Feed the Meter: Vol I & II at Ceysson & Bénétière Luxembourg and Unfurled: Supports/Surfaces 1966-1976 at the Museum of Contemporary Art in Detroit.