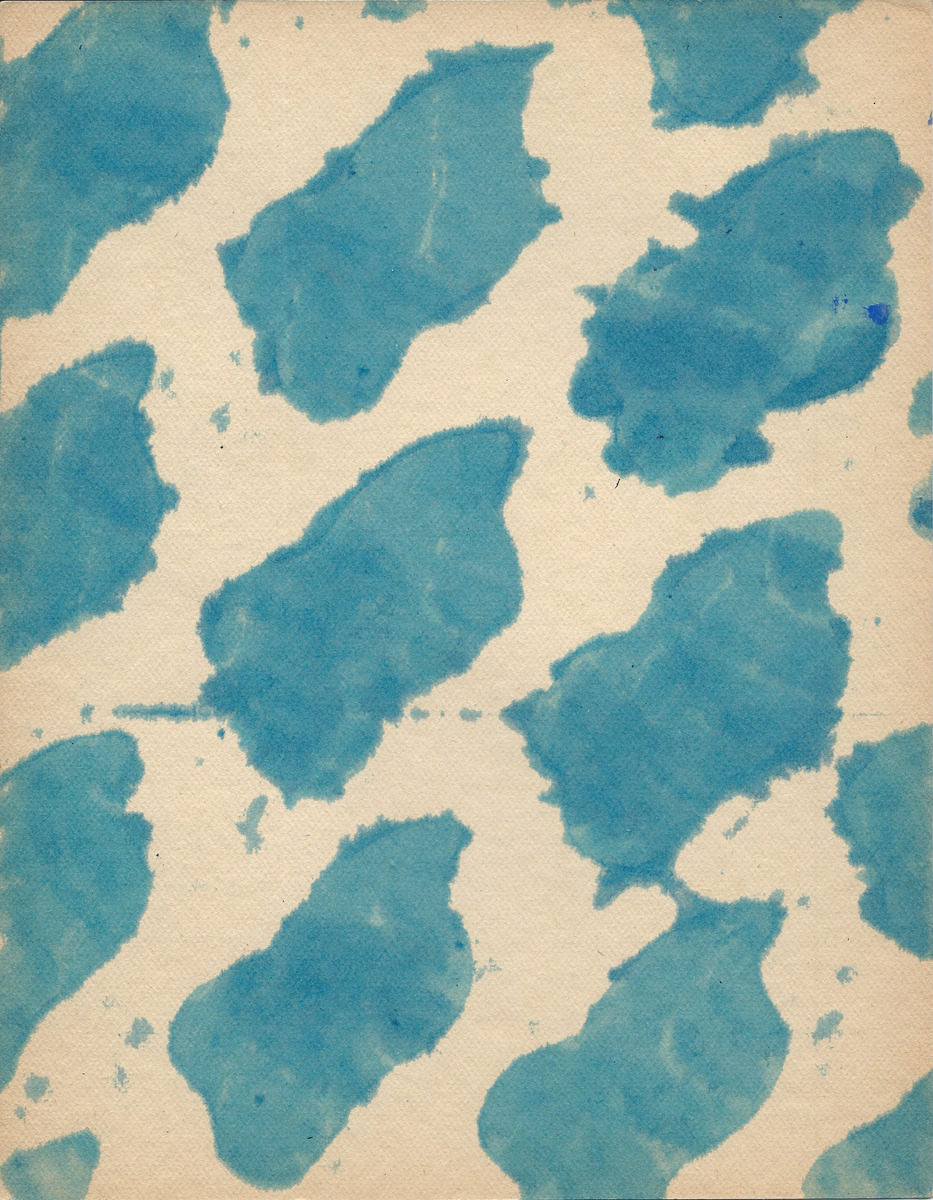 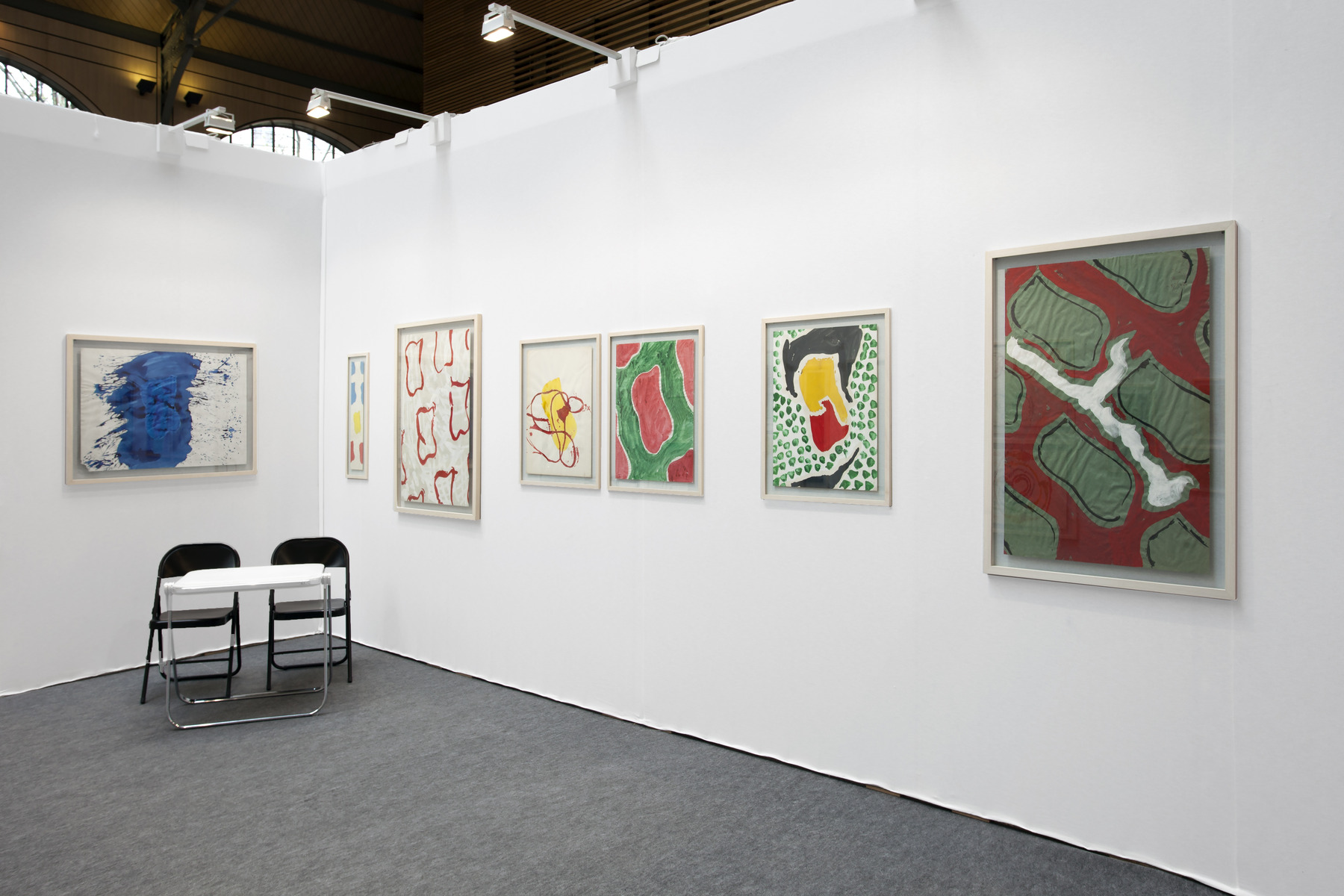 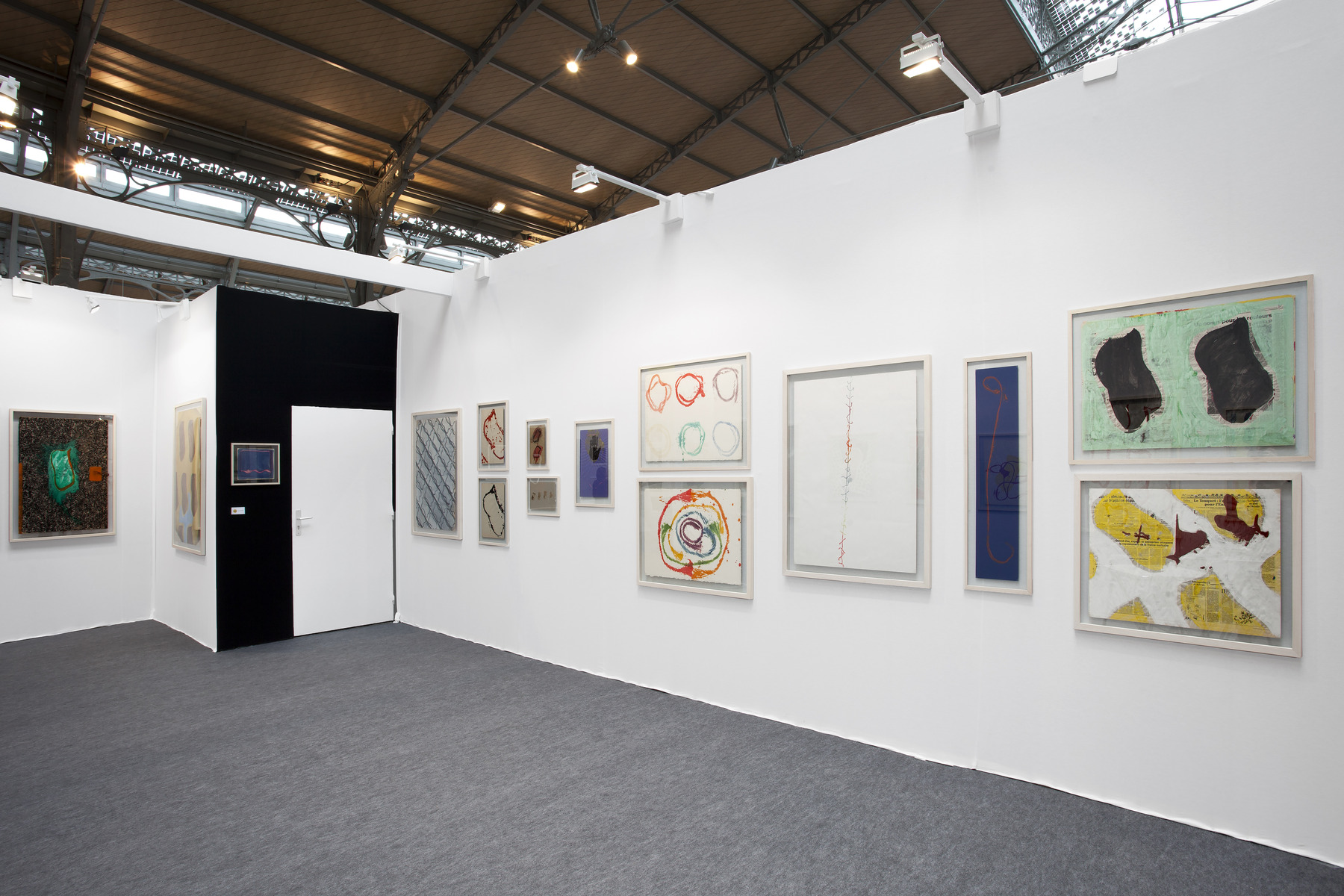 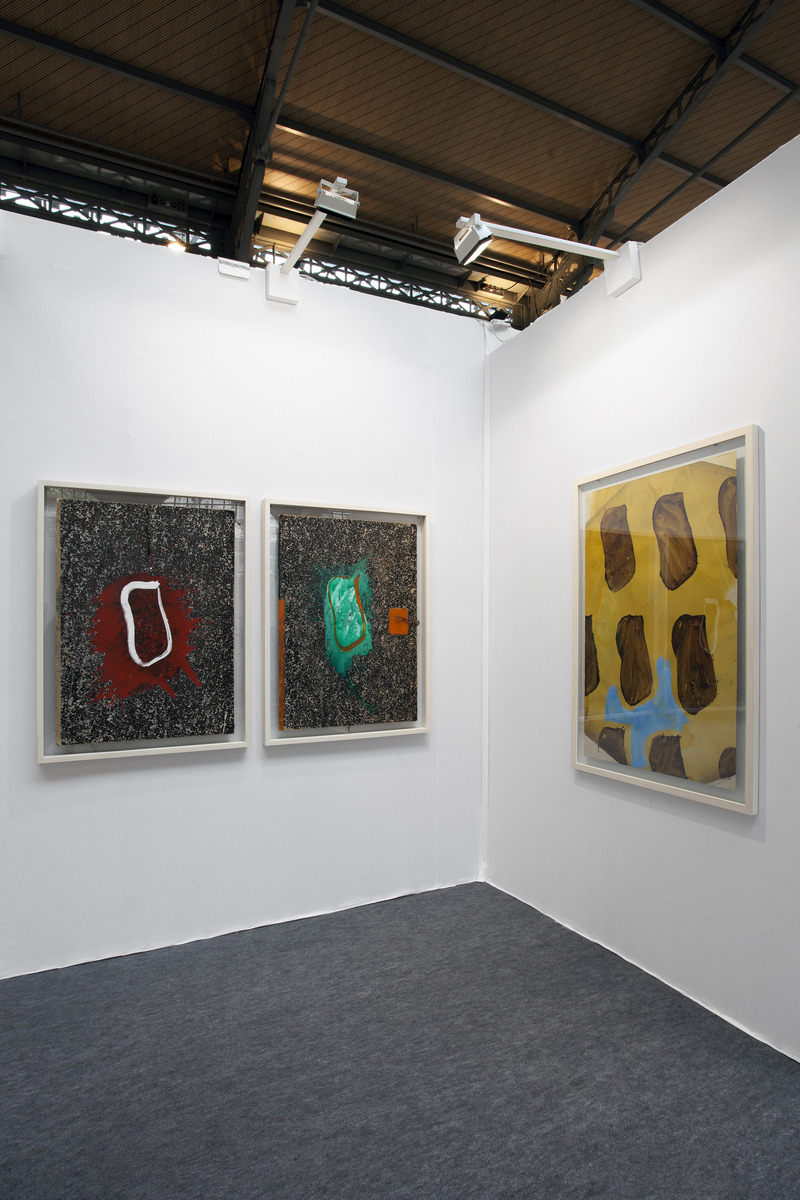 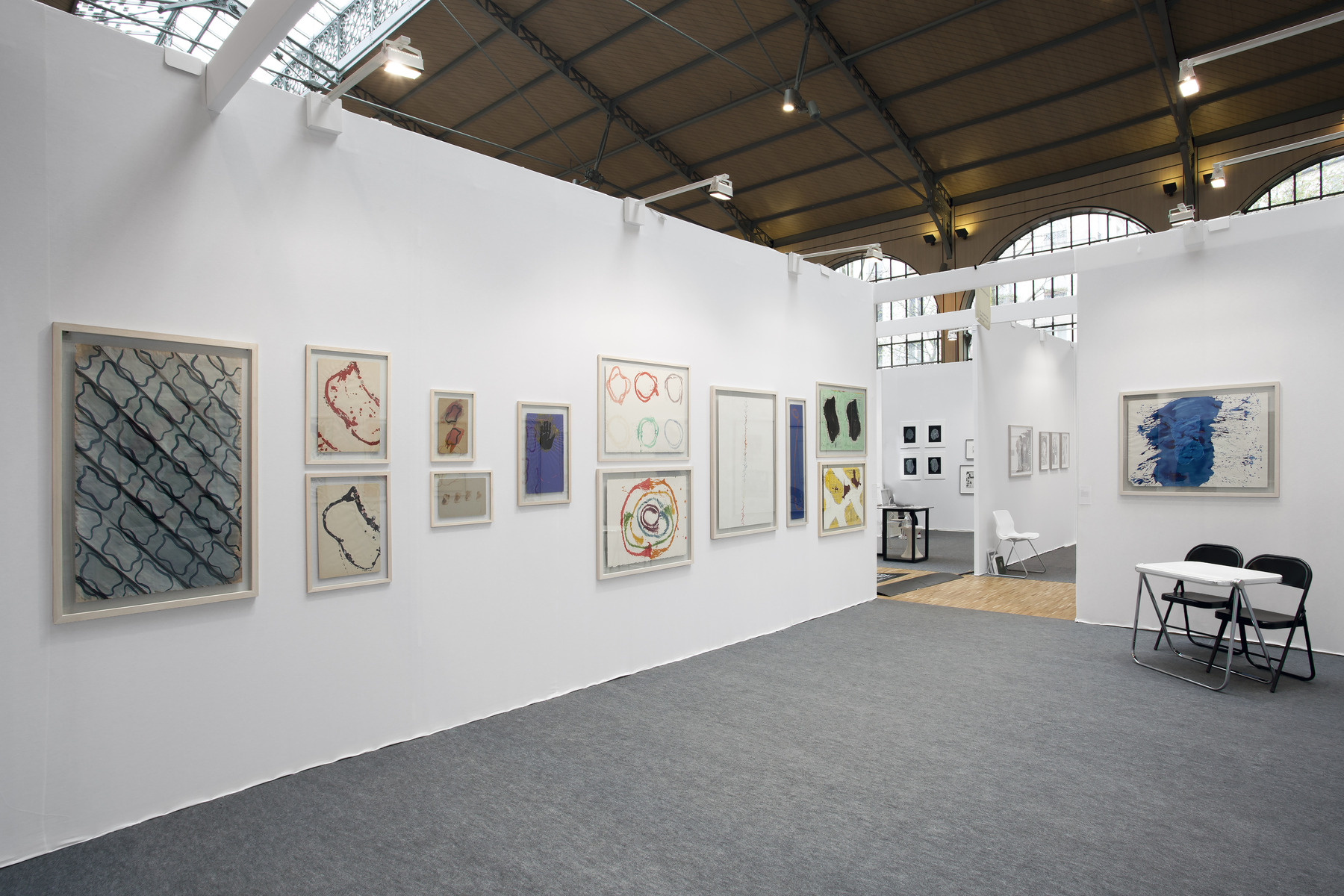 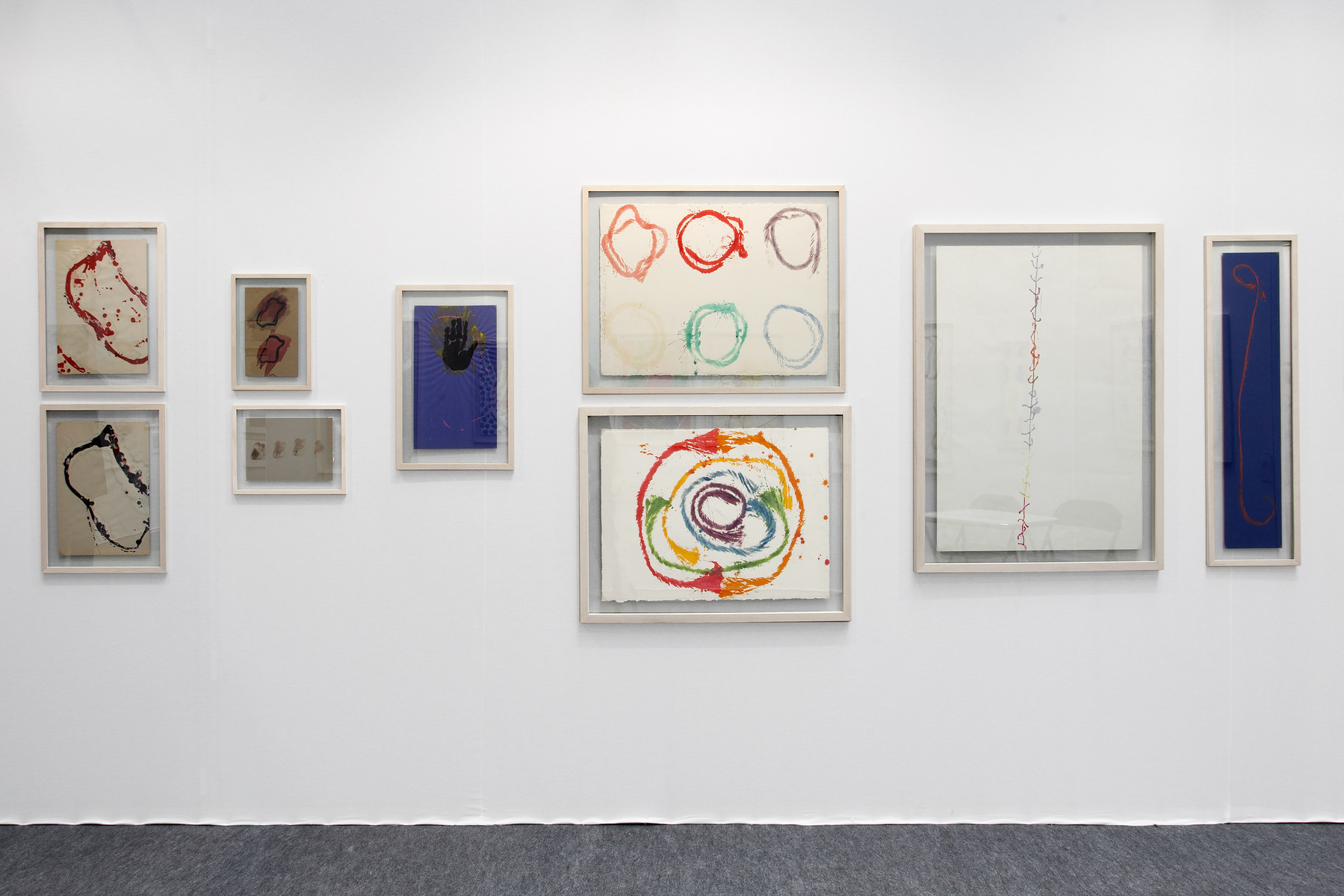 
Claude Viallat was born in 1936. In 2016, he will be eighty. The lattice-like form of his paintings, a form that identifies him as much as would a logo but always different – it never repeats itself on the canvas but ‘populates’ it – will be fifty this year. That is why we would like to link these two anniversaries and that of Drawing Now. To do this, at Drawing Now we will present fifty drawings by Claude Viallat punctuating a long career. His work on paper and his drawn oeuvre are little-known. His manner of working, based on the impregnation of the support, on the marking of its surface, compellingly calls into play the canvas or fabric, the “text” in which his story and theories are propagated in the process of painting that his brushworks weave as they travel. Yet paper, papers, provide the same capacity for absorbing colour. Claude Viallat has succeeded in highlighting them with works intended as illustrations for the books he loves, but also and more usually with works pictorially highlighting the physical characteristics of this material, the source and fruit of a humanist culture. At the same time, he has developed his graphic work, examining varieties of line and patterns determined by ink and pencil; this oeuvre is little-known, rarely exhibited, and it is this that we wish to reveal. We also will like to show a fine series of “bullfighting” drawings depicting the various “stations” of the ritual that is the corrida. The graphic work that Claude Viallat has devoted to it is, along with the series by Goya and Picasso, one of its most remarkable celebrations.