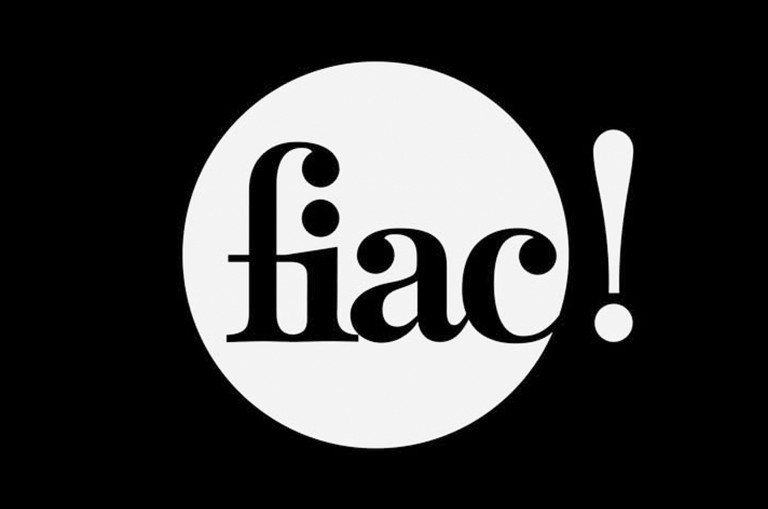 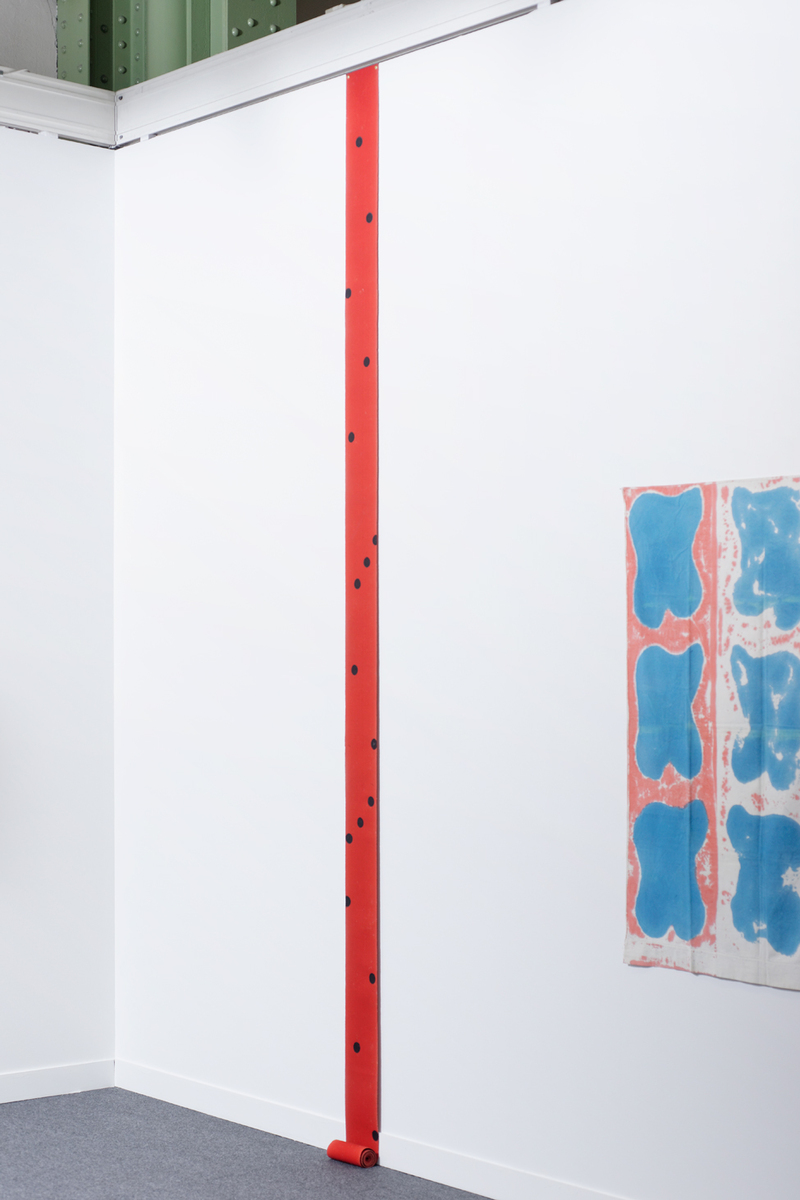 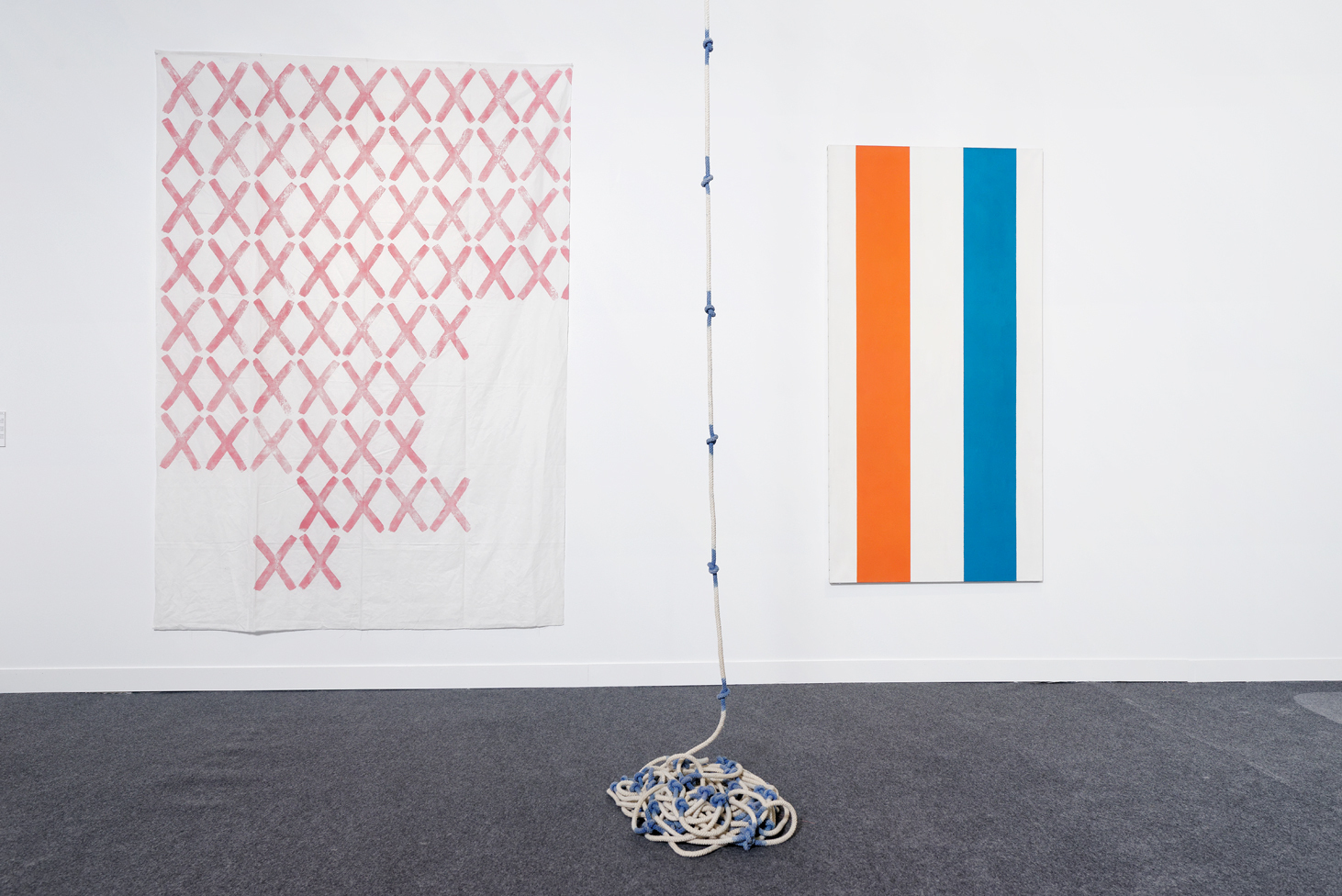 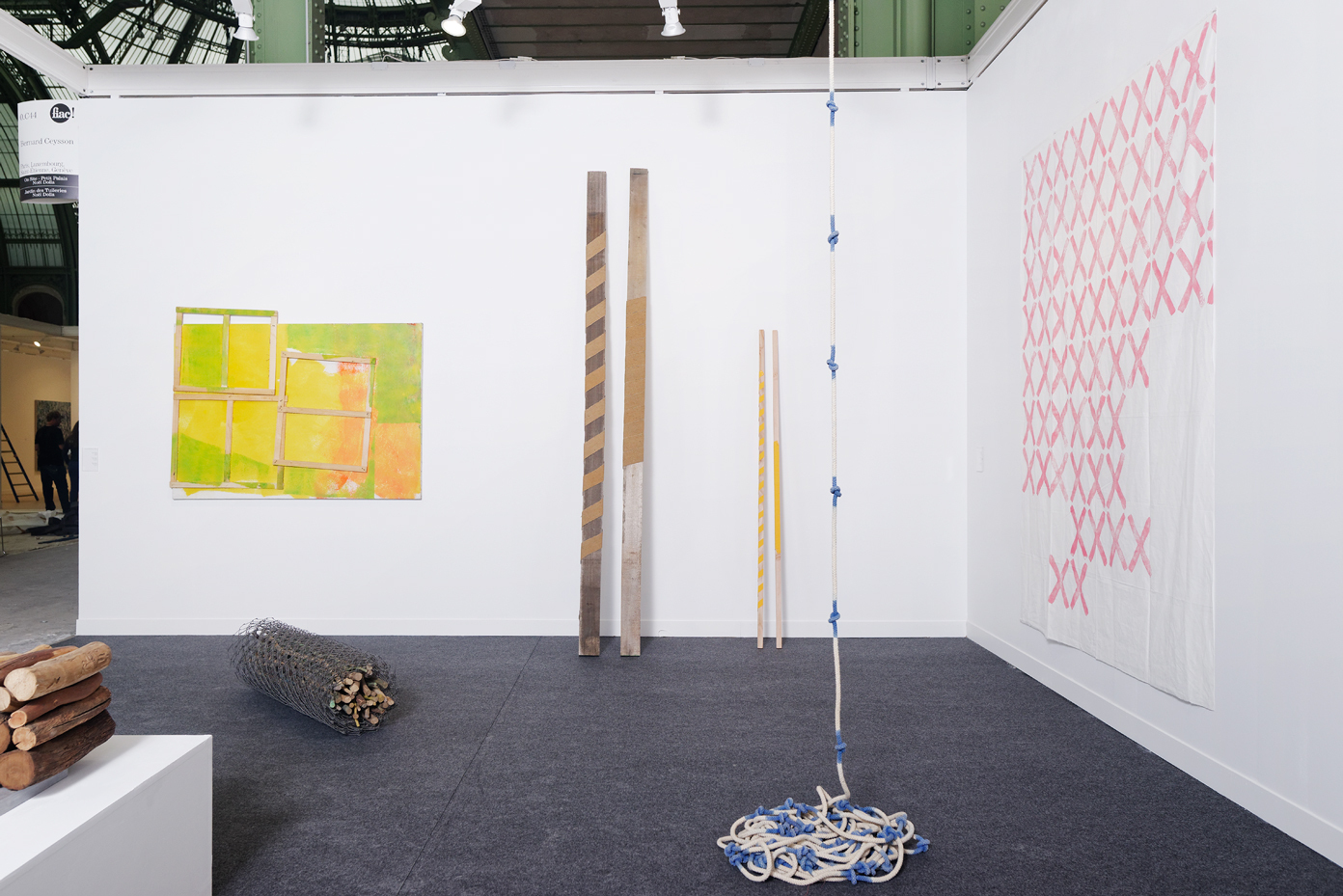 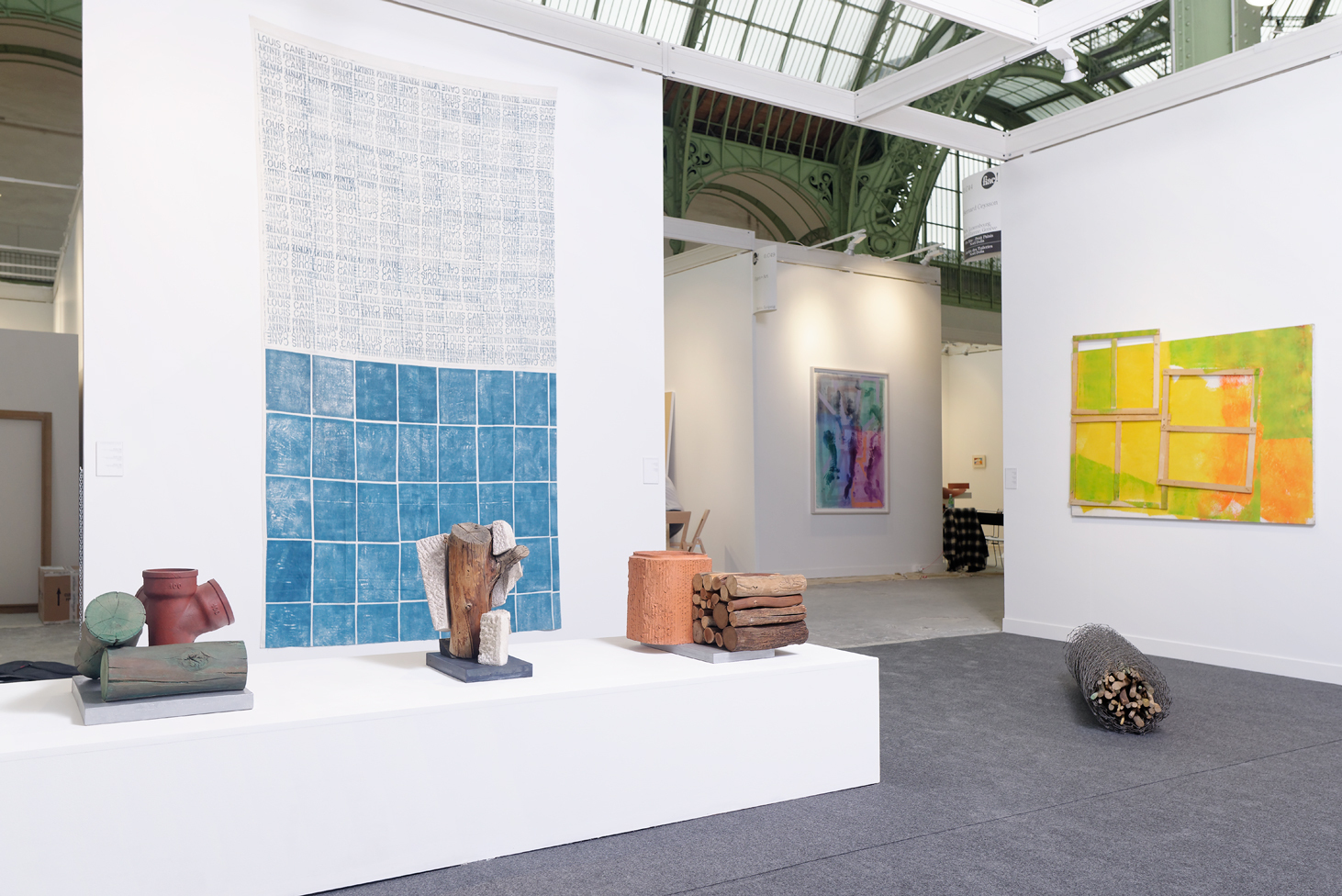 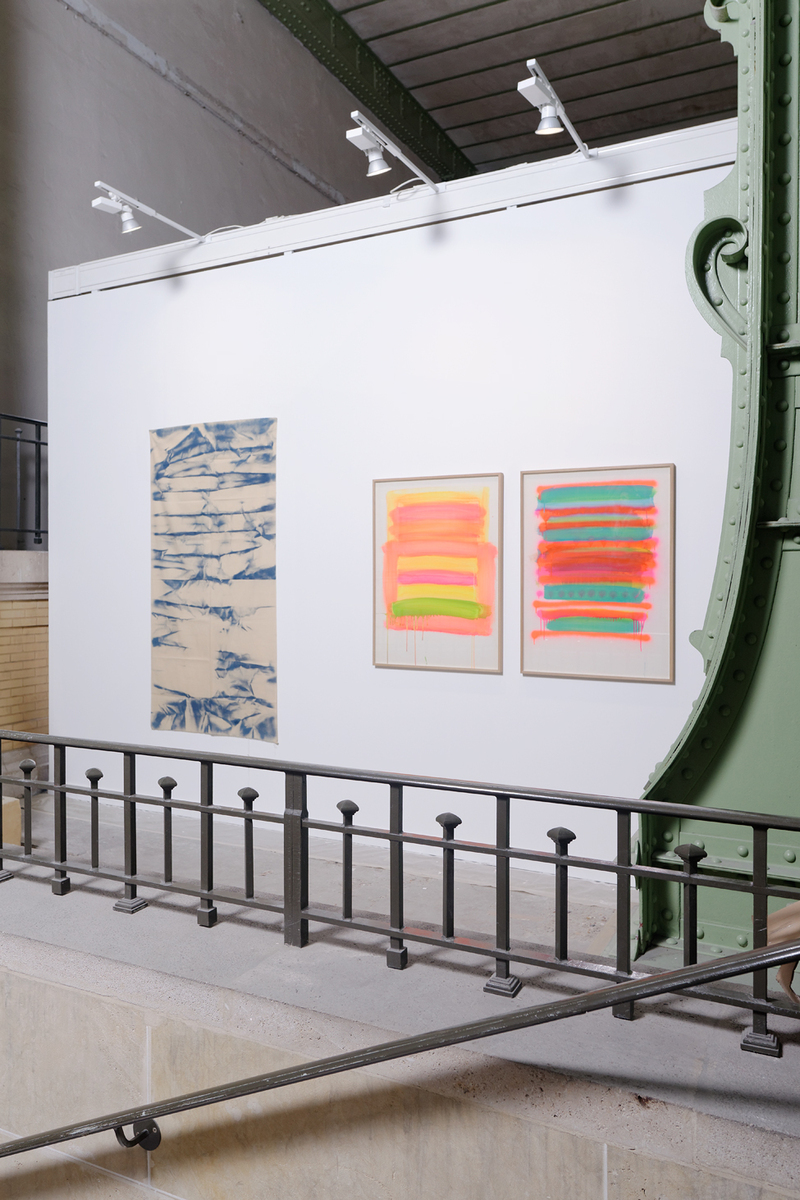 For FIAC 2016 we propose to reveal works hidden from public view for half a century.
Often created for ephemeral events, most of these historic pieces date from 1966, when a band of young artists advocated for the renewal of modern art by rejecting figurative or narrative painting in order to derive its essence from its primary material components: support, surface and color.

By presenting works from five decades ago by Louis Cane, Daniel Dezeuze, Noël Dolla, Bernard Pagès, Patrick Saytour, Claude Viallat, Pierre Buraglio and Jean-Michel Meurice, we celebrate the undiminished vitality of pieces 50-years young, as well as the enduring contribution of these artists to history.

What makes 1966 a watershed? At that time, the Nouveaux Réalistes were already being called classic, while the protagonists of Narrative Figuration made the papers with their aspirational politics. Op Art and Cinetic Art captured the eye of the fashion and design industry. On the other hand, the seminal show in Céret, Impact I was completely off the radar. Yet the premises of Supports/Surfaces were there. In December 1967, BMPT presented itself as the final avant-garde, so advanced that it would overcome art with the “last painting.” A few skirmishes later, the utopia of the end of art fizzled out as the momentum of Supports/Surfaces began to be felt in the contentious exhibitions where Cane, Dezeuze, Dolla, Pagès, Pincemin and Saytour began to express themselves. Inspired by Matisse, Buraglio and Meurice were invited to shows advocating pure abstraction. The Galerie Lawrence and Sonnabend showed New York in Paris, L'Art du réel, USA 1948-1968, raised questions at the Grand Palais. Some wanted to put an end to art and history; others to renew artistic practice, to purge it of unnecessary affectations and superfluous effects.

In that moment, Supports/Surfaces seemed like a movement. By 1971 there was a magazine whose title announced a program: Peinture: cahiers théoriques. Praxis is the process by which theory is realized. It wasn’t a question of faith based nor good intentions. Ideology was out. Their first task was to deconstruct the painting and work with its constituant elements according to a new “grammatology”. These predispositions were not aimed at returning to a state of innocence, or naive art. No nostalgia, no quest for lost Arcadia. Their aim was to validate art’s capacity to be a means of understanding and to restore painting and art history as objects of knowledge.

Today a new generation of artists in France— many of them former students— and in the United States— under the label New Casualists or Provisional Painting— perceive this work as a viable way forward and an alternative to Greenberg’s ill-conceived purification of art.
To look back at these precocious pieces from 1966 is to see propositions for a new modernity in their early state.