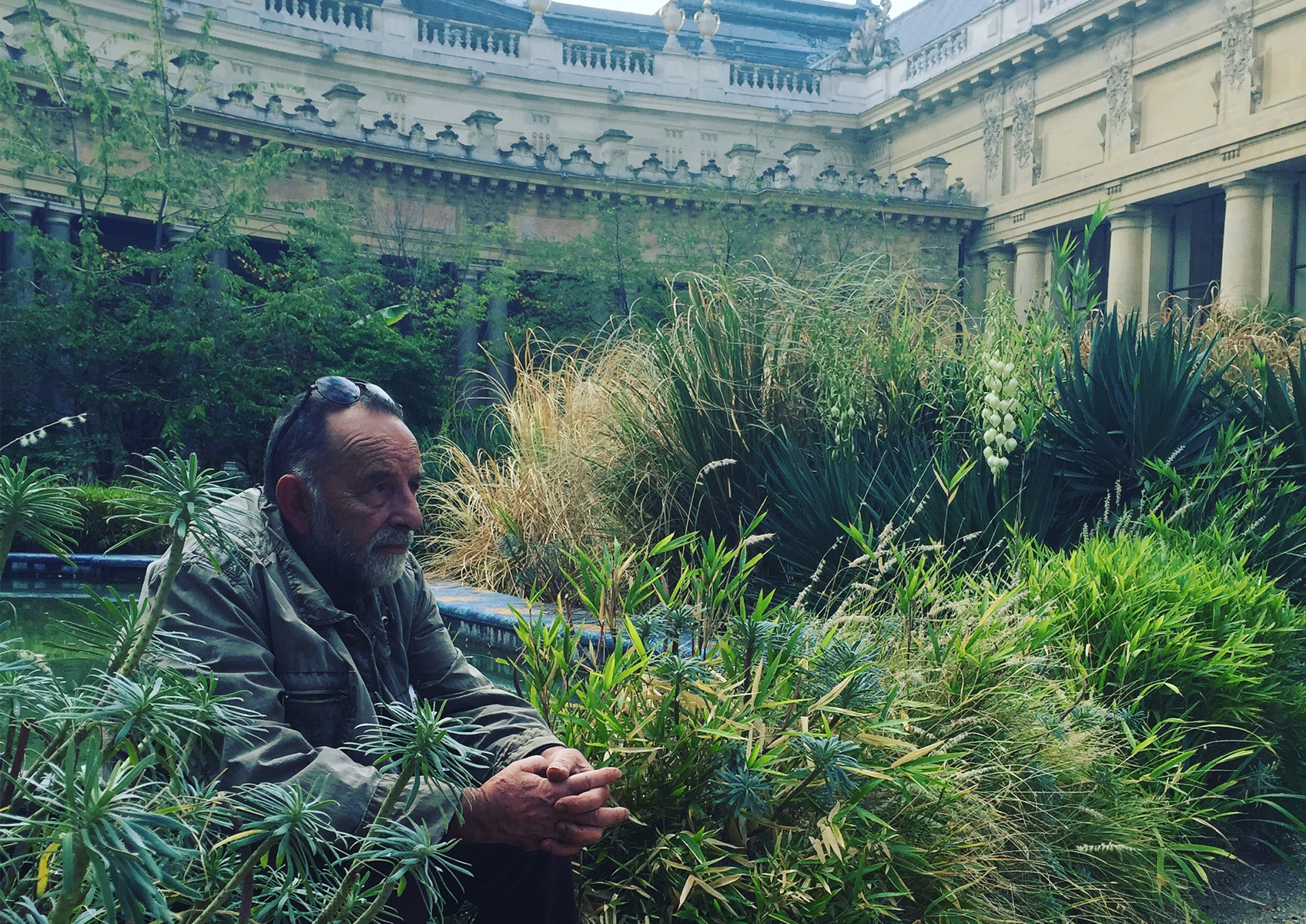 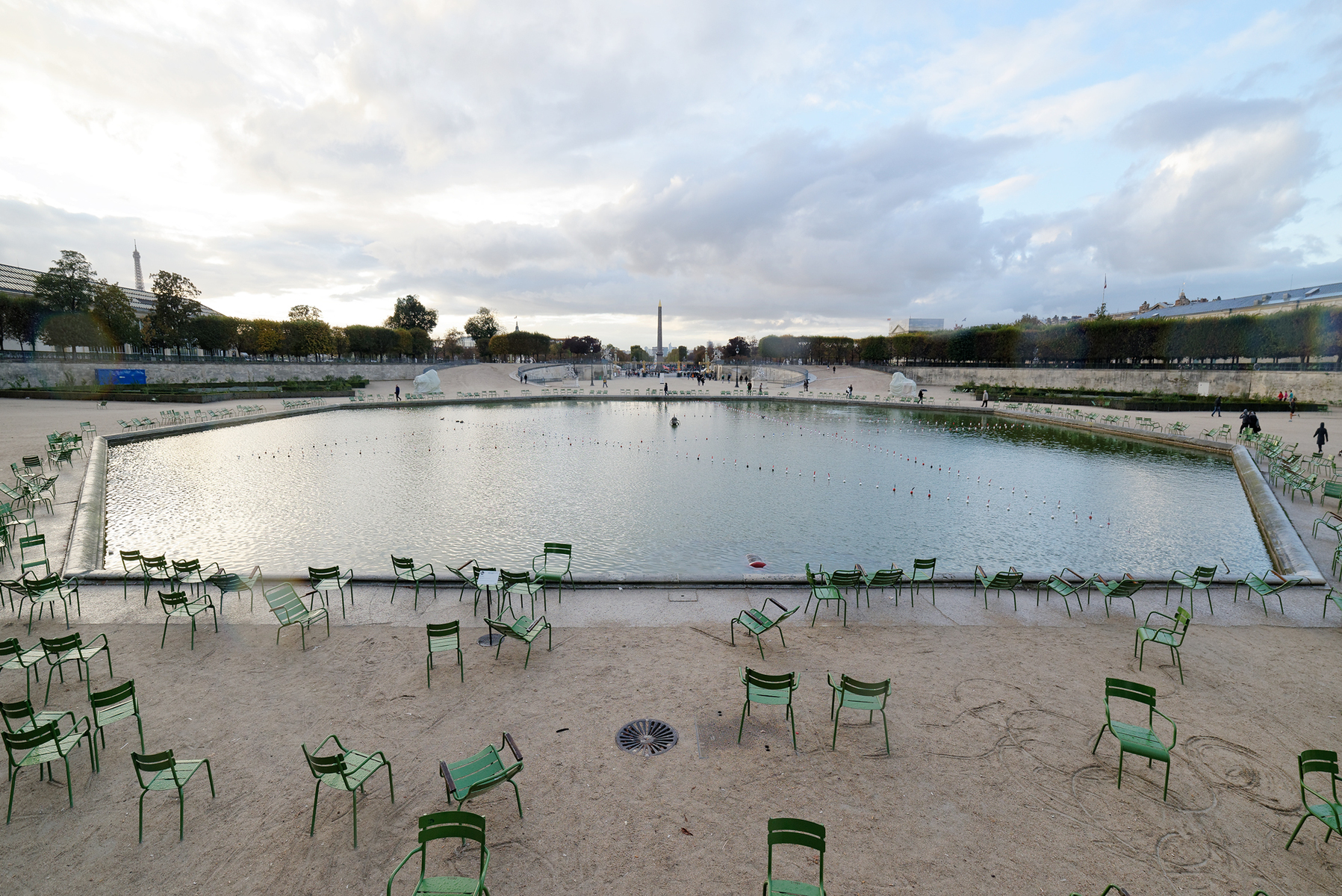 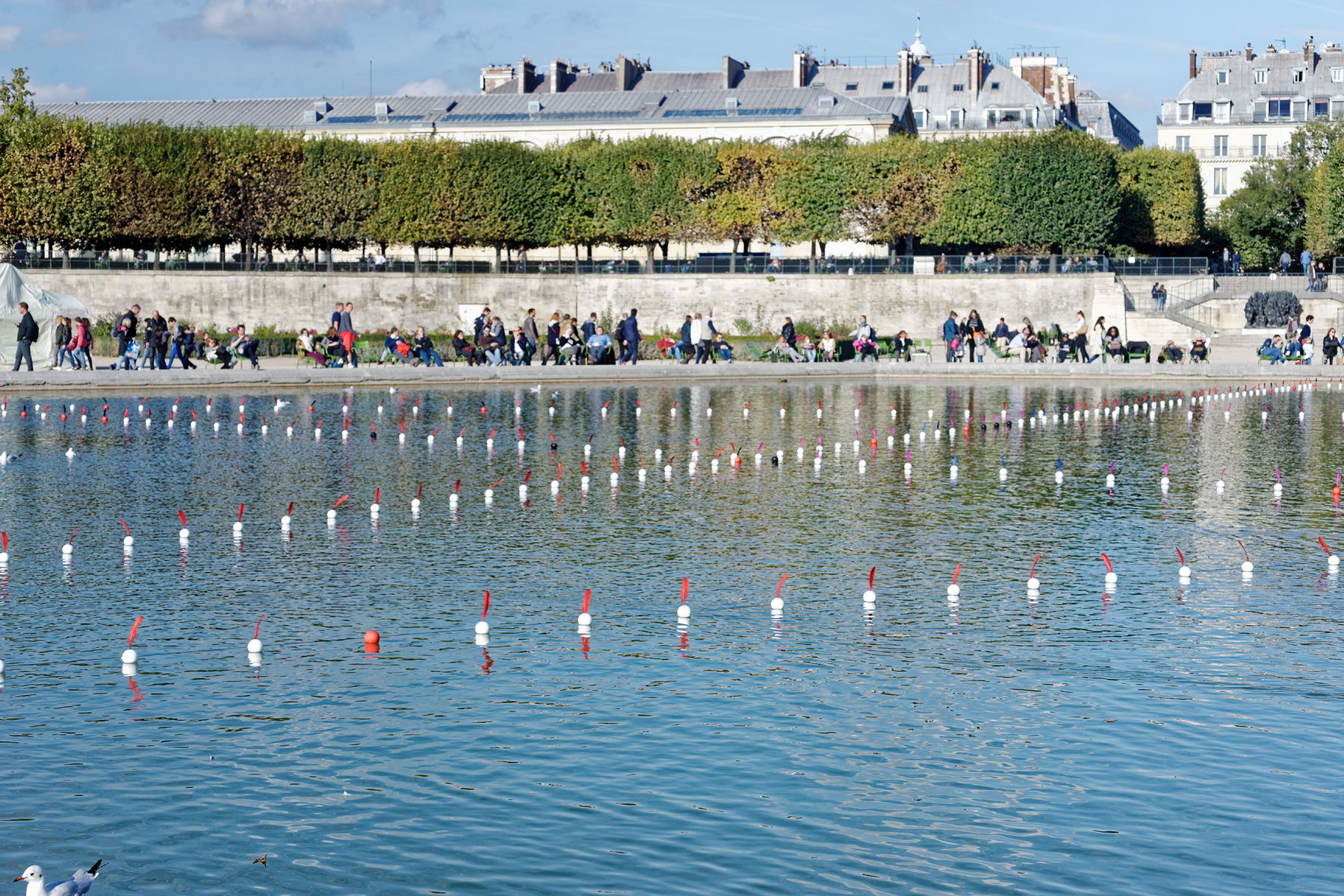 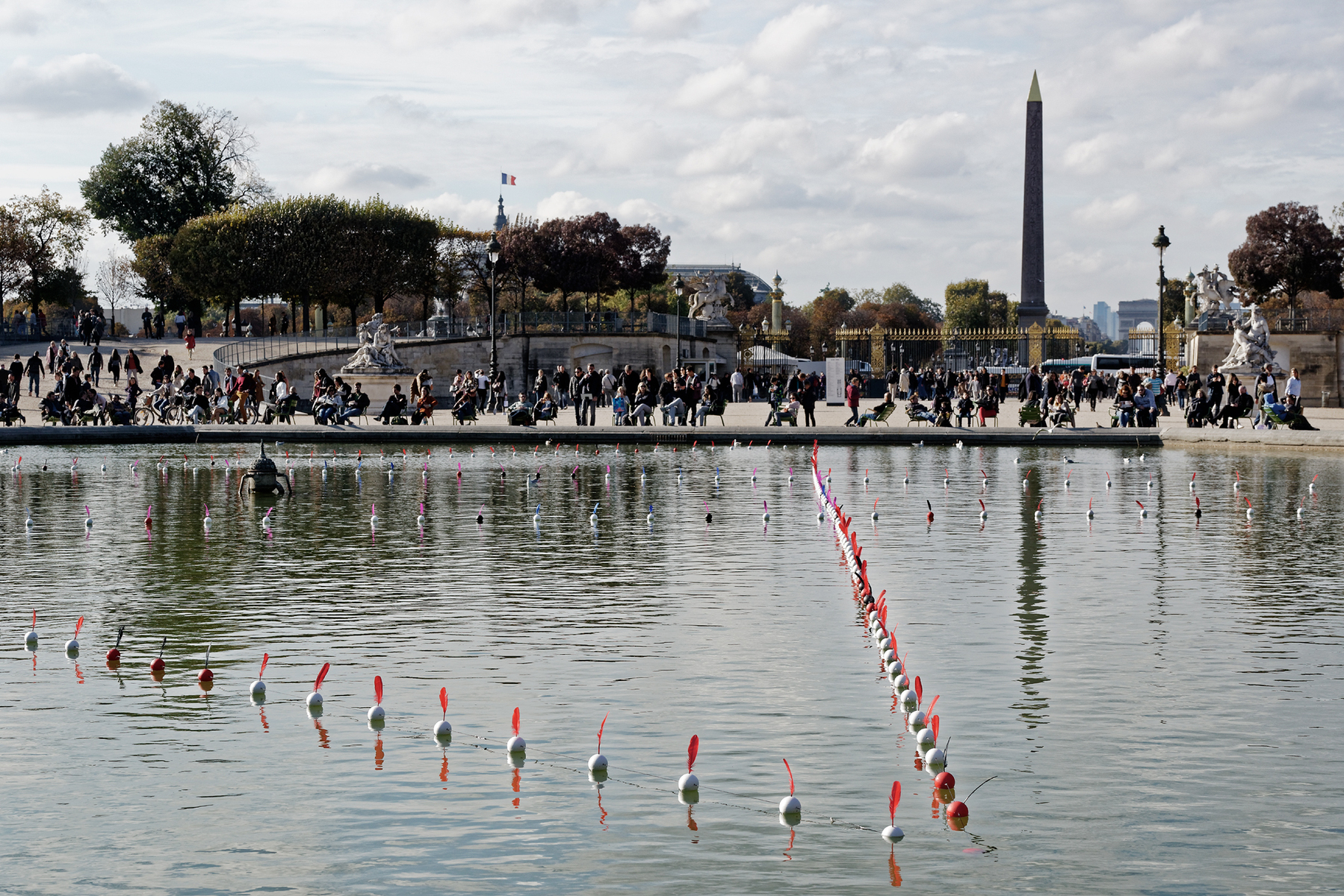 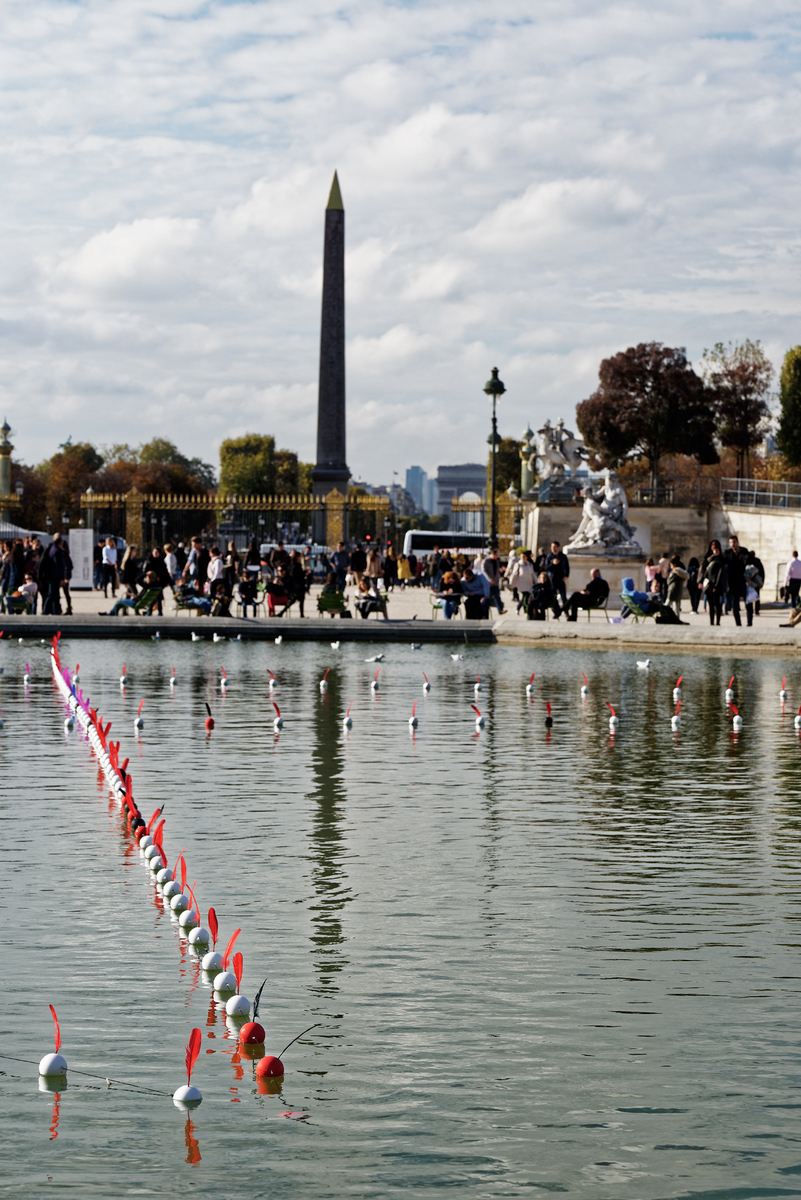 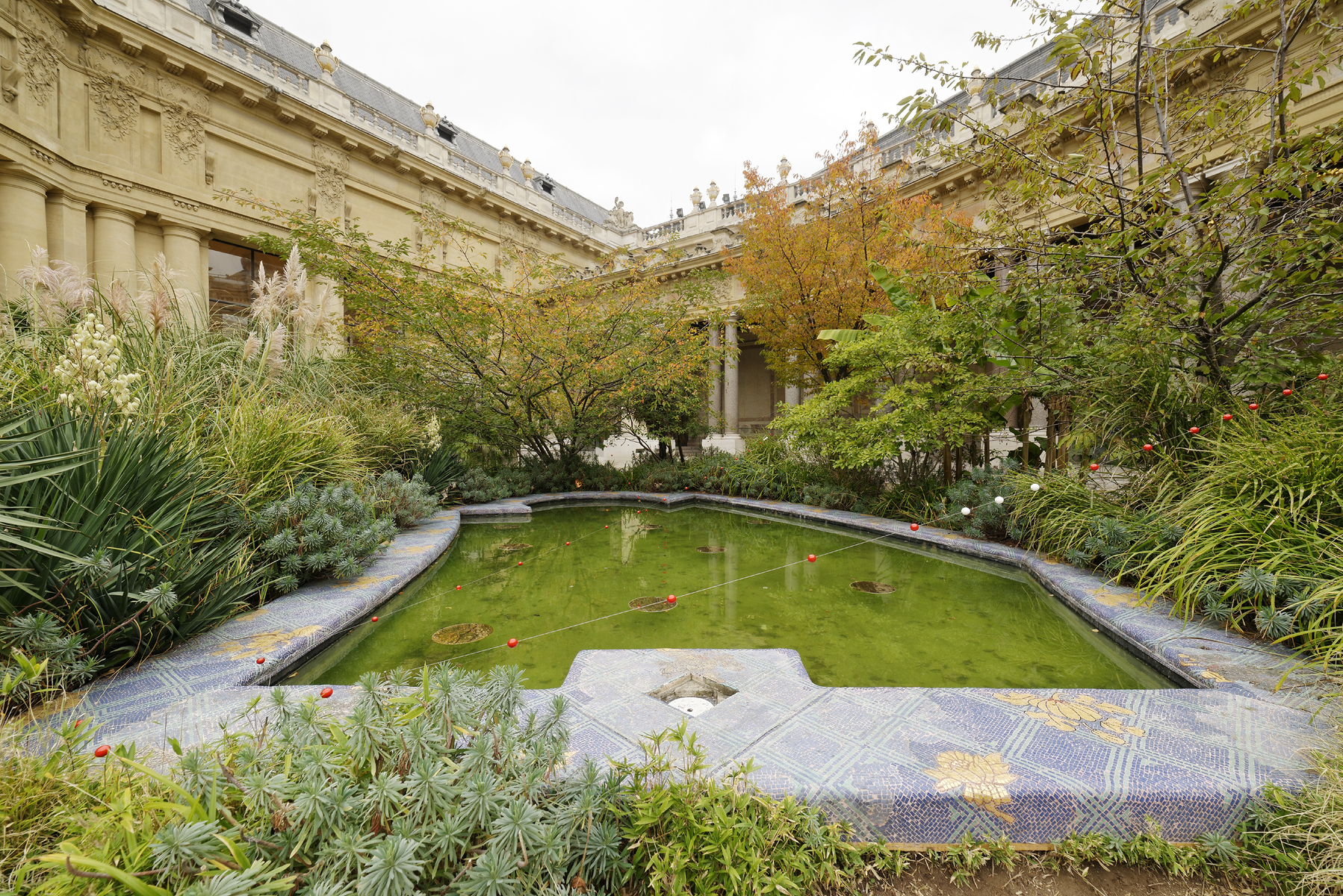 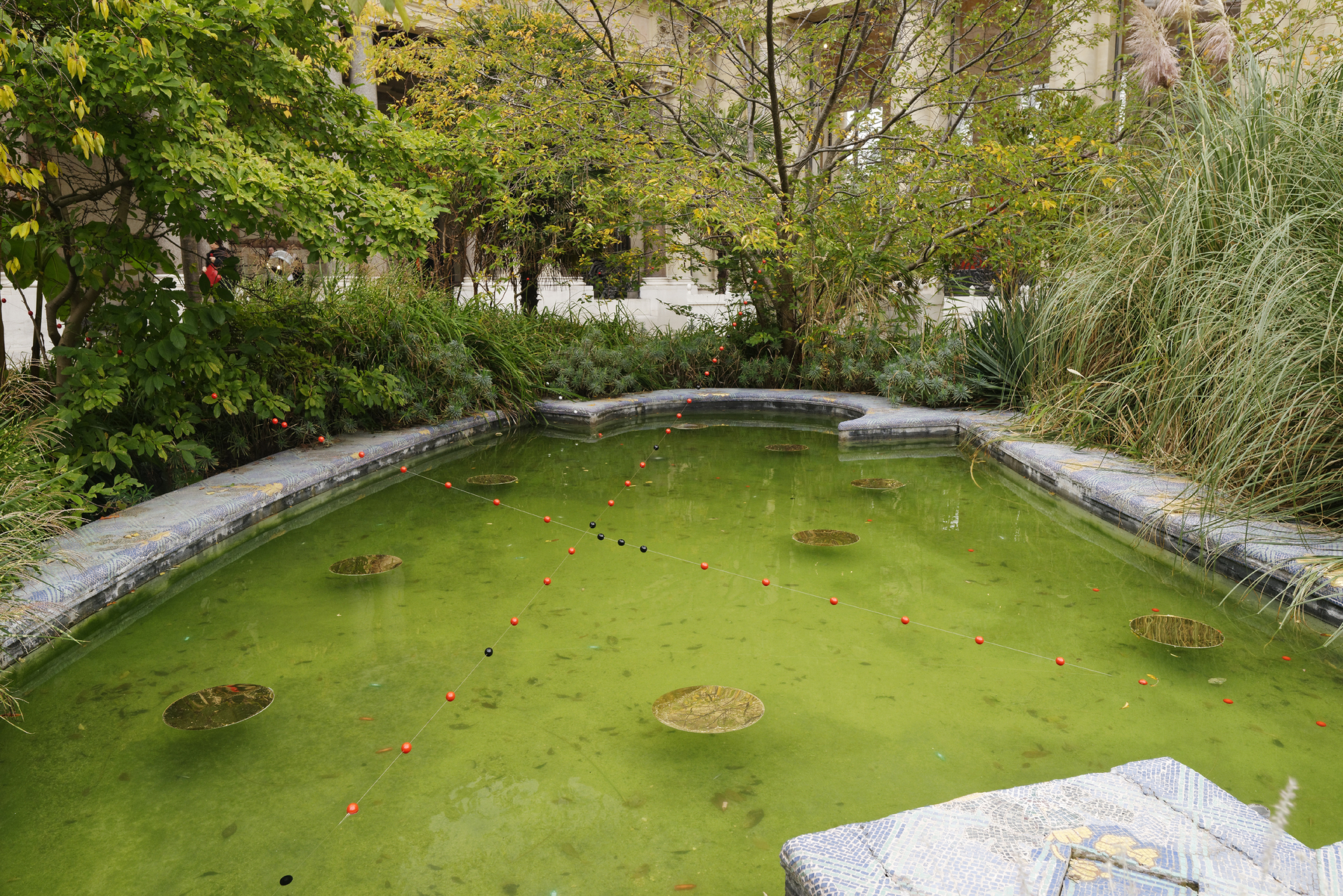 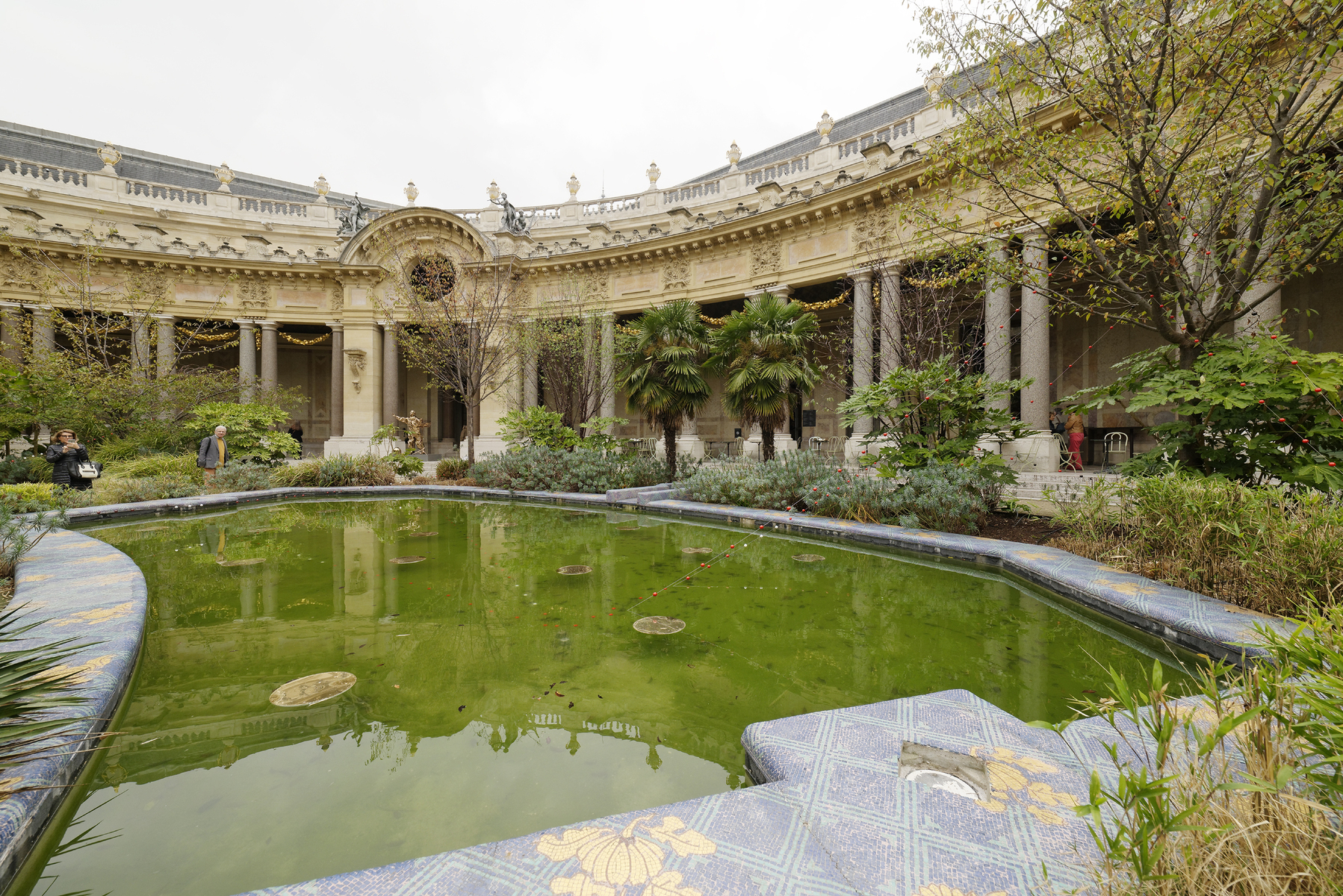 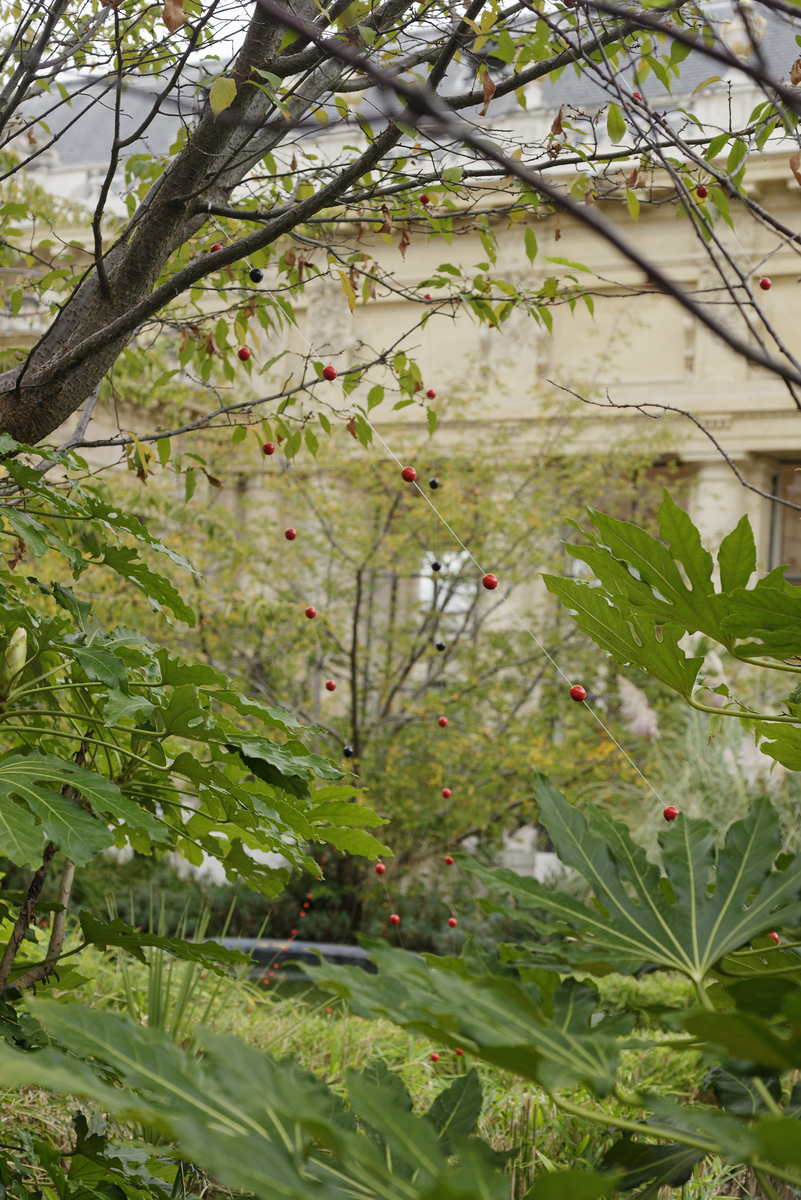 
In accordance with the FIAC 2016, the Bernard Ceysson Gallery will show two Noël Dolla’s installations : one Rêve englouti, in the Tuileries’s Garden, with the Hors les Murs program ; and one, named Rêve éveillé, in Petit Palais’s Gardens, with the show On Site.

Painting on the scale of a site

In October 1969, Noël Dolla climbed a mountain called l’Authion and at a height of more than 2,000 metres, painted coloured spots on the rocks in pink vinyl paint. Entitled Propos neutre n°2, this first intervention in nature inaugurated a series of actions in situ lasting from the turn of the sixties to the present day. Between February 1970 and August 1973, Noël Dolla intervened repeatedly on the natural and urban landscape. His in situ interventions follow on from the research and experiments on the use of medium typical of the Supports/Surfaces group, to which Noël Dolla has belonged in its embryonic form since the collective exhibition of April 1969 at the École spéciale d’architecture in Paris. Since the group’s first exhibitions, his works have overflowed beyond the walls, thus breaking with the traditional framework of the showing of paintings. Resting on the ground or suspended in space, the works of Supports/Surfaces break through all exhibition codes. Noël Dolla's Restructurations Spatiales (Spatial Restructuring) and other in situ works question both the frontiers of painting and its corollary, its potential, and therefore its dimensions. Painting at the scale of nature, of landscape, he echoes the gigantic projects of Land Art artists, but in the main, Noël Dolla's in situ interventions are all ephemeral. The coloured salts placed in the winter 1970 at the summit of l'Authion did not survive the melting of the snow, while the cardboard discs laid in the summer of 1970 were recycled by walkers, and the polystyrene balls for the air, water and soil returned to the artist’s studio once the intervention was completed. All that remains of these temporary works are the memories in the minds of the few viewers and the photographic documents. These interventions, first done fairly privately, subsequently gained a wider audience as of 1980, when in Nice, the artist produced his Restructuration Spatiale n°5 on the pebble beach immediately beneath the Promenade des Anglais. For the space of a weekend, strollers could admire the three 30 metres craters in shades of yellow ochre and red ochre, suggesting the irregular relief of the earth’s crust. In 1998 and 1999, Noël Dolla deployed a thousand polystyrene balls on Lake Vassivière and between the walls of the MAMAC in Nice. More recently, he intervened in the Parc des Buttes-Chaumont as part of the fifteenth edition of Nuit Blanche (2009) and in the Evergreen garden at the headquarters of Crédit Agricole in Montrouge (2010).
Through his installations, Noël Dolla has never ceased to envisage paintings on the scale of the urban and natural landscape.