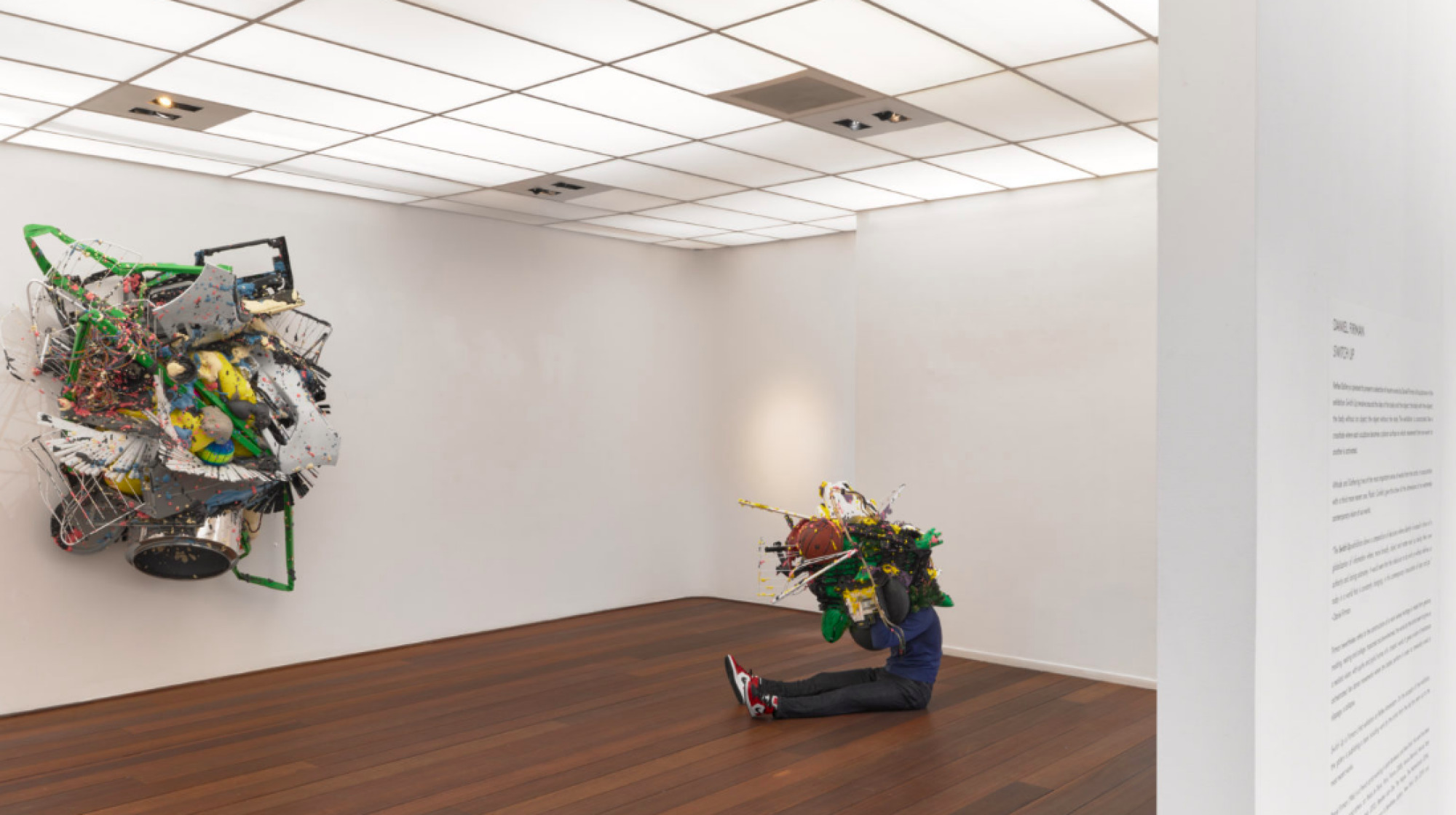 
The gallery is glad to share the solo show Switch Up by Daniel Firman at Reflex, Amsterdam, Netherlands, until february 23rd 2021.

Reflex Gallery presents a set of recent works by Daniel Firman. All sculptures in the exhibition Switch up revolve around the idea of the body and the object: The body with the object; the body without an object; the object without the body. The exhibition is constructed like a crossfade where each sculpture becomes like a planar surface on which movement from one work to another is activated.

The works Attitude and Gathering, as the two important series of the artist, with junction of a third more recent one, Plastic confetti, give this show all the dimensions of an extremely contemporary vision of our world.

“The Switch Up exhibition shows a compendium of decisions where identity is erased in favor of a globalization of information where, more broadly, object and matter end up taking their own authority and lasting autonomy. It would seem that the indecision to do with or without defines us today in a world that is constantly changing, in this contemporary intoxication of stop and go.”
– Daniel Firman

Firman nevertheless refers to the constructions of a work whose heritage is made from gesture, molding, nesting and collage. Impacted and overwhelmed, the works by the artist seem to give us a realistic vision with quirky and joyful humor of a ‘chaotic’ world. It gives a vision of resistance orchestrating like dance movements where the bodies perform in order to irreversibly avoid a slippage, a collapse.

Switch up is Firman’s first exhibition at Reflex Amsterdam. On the occasion of the exhibition, the gallery is publishing a book including work by the artist form the last ten years and is made in close collaboration with the artist.