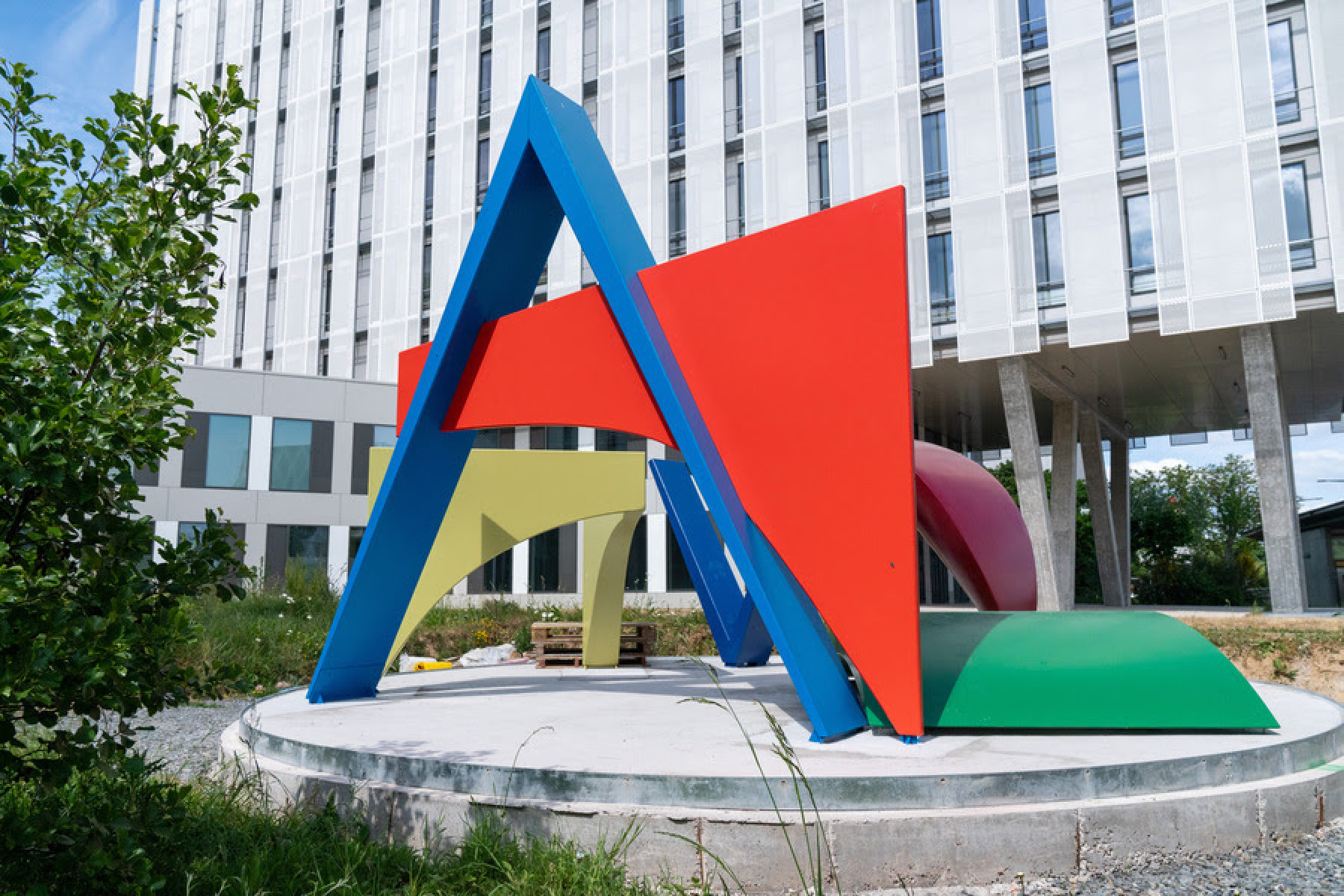 Phillip King's final major public sculpture, La Ronde de Rennes, was inaugurated in the French city of Rennes over the weekend: one of seven public artworks commissioned for stations on the newly opened Métro Ligne b.La Ronde de Rennes, 2022, is an outdoor sculpture of brightly-coloured, abstract shapes. The interwoven elements of the work are evocative of dancing bodies, capturing the momentum and energy of choreographed movements in a fixed structure. Each component appears autonomous, yet dependent on the others, delicately balanced as if removing one piece would cause the assembly to fall.Born in Tunis to a French Mother, King held a deep affinity to France. La Ronde de Rennes was King’s last major public work completed before his death in 2021, and his only work created for a public space in France. The sculpture can be found at the station Saint-Jacques – Gaîté, designed by architects Gouyou-Beauchamps and Pédelaborde. Other stations along the line will feature works by Jean-Marie Appriou, Isabelle Cornaro, Valentin Carron, Charles de Meaux, Camila Oliveira Fairclough, and Ugo Rondinone.The Métro Ligne b artwork commission was funded by Rennes Métropole, le Ministère de la Culture and la Région Bretagne.